Spending time at the airport just got fun with these adult-centric diversions. 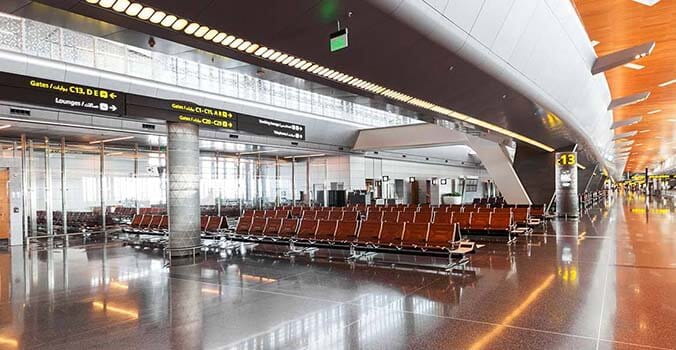 Long airport layovers can be a drag. For years, airports have aimed to keep the kiddos happy with play areas and fun diversions. But what about grownups? Don’t we deserve some cool amenities to pass the time beyond the ubiquitous yoga room? We’re talking indoor golf, movie theaters, rooftop swimming pools, and distilleries. Take note, airports: some of these attractions could even entice us to arrive to the airport extra early for our next flight.

Germany’s Munich Airport has its own brewery (yes, brewmasters actually brew beer on-site). Airbräu Brewery and Beer Garden is the only one of its kind at an airport. You can also take a tour with the brewmaster and, if your timing is spot on, enjoy live Bavarian entertainment.

At Singapore’s Changi Airport, you can swim in a rooftop pool overlooking the runway. There’s also a fitness center for travelers looking to squeeze in a workout between flights. Doha’s Hamad International Airport in Qatar houses the Vitality Wellbeing & Fitness Center, replete with an indoor swimming pool, a gym, and squash courts open 24/7.


Avoid the banality of airport travel at PeriscapeVR at New York’s JFK International Airport. It’s the first-ever permanent, interactive virtual-reality station within an airport in North America. And PeriscapeVR’s experiences are not just for gamers. Grouped into categories such as First Time, Experience, Create, Play, and Cause, the content enables users to travel virtually to exotic destinations, draw and create in 3D, act as a character in a story, and play live-action games.

PGA MSP Airport at Minnesota’s Minneapolis—St. Paul International Airport is a state-of-the-art golf facility with a virtual driving range, putting green, and pro shop. You can play dozens of the world’s top courses on industry-leading simulators, take instruction from PGA professionals, and get custom-fitted for clubs.


This article originally appears in the November/December 2018 edition of AAA World and was written by Laura Daily.