GETTING THERE ON TIME

A guide to the most punctual airports and airlines 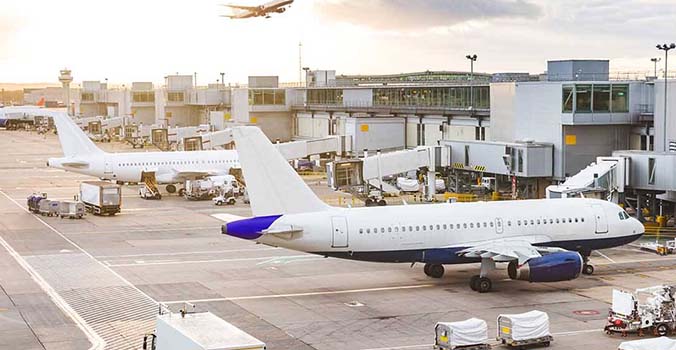 Many people who love the idea of travel nevertheless dread the process of getting there, especially if getting there involves flying. A recent U.S. Travel Association survey found that an overwhelming majority of Americans hate flying because of airport hassles and delays. Yet, when it comes to punctuality, some airlines and airports do an exceptional job of making flying easier. OAG, the world’s leading provider of air travel data, crunched the numbers in its recent Punctuality League 2019 report to determine which airports and airlines had the best on-time performance in 2018. On-time departure and arrival is defined as a flight that arrives or departs within 15 minutes of its scheduled arrival or departure time, a rate that includes cancellations.

Most punctual airports
OAG determined the 15 major and mega U.S. airports (more than 20 million passengers per year) that had the best on-time rate, and the results were geographically diverse. With Minneapolis, Detroit and Atlanta all being major Delta Air Lines hubs, this may help explain why the airline was the second most on-time airline in the country in 2018.


Most punctual airlines
There’s a gap of some 10 percent between the first and tenth place finishers on this list. Compared to 2017, low-cost carriers Spirit Airlines and Southwest knocked United and American Airlines out of their previous higher rankings. These changes come two years after Spirit Airlines was the least reliable U.S. airline for getting you to your destination on time.

Making sense of it all
Airlines recognize that one of the most important things they can do is stay on time and on schedule—not only to keep travelers happy, but also for the sake of their bottom line. So, if you’re planning a trip and have to pick an airline or a city for a connection, these lists might help you stay on schedule and retain some of your sanity.