GOOGLE TRYING TO MAKE GETTING THERE, EASIER 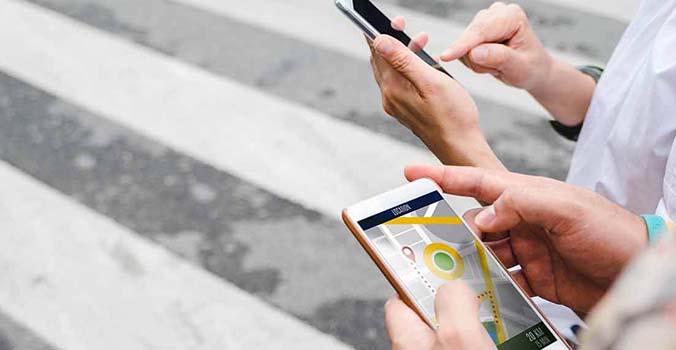 Have you ever found yourself in a large city trying to find your way, but find it nearly impossible to get your bearings? Google Maps thinks it may have found a solution in the form of large cartoon arrows to help you navigate confusing city streets.

Recently, Google began letting a small batch of users test a new augmented-reality feature in its Google Maps mobile app that shows graphics, including large arrows and street signs, floating on the user’s screen in mid-air over a live view from the user’s smartphone camera. It’s meant to help users navigate confusing city streets. Through Google’s extensive data collection, including street-view images, the company is able to compare the user’s real-time camera view and GPS location against its data to help guide the user in the right direction using new graphics in the app with the hopes of preventing the user from getting lost.

Google’s Rachel Inman, who works on user experience for this latest feature, recently told CNN in an interview that Google is working to bridge the gap between the two-dimensional map on your phone and the three-dimensional world you experience all the time.

"We've all had the experience of coming up from the subway and walking a half block or a full block in the wrong direction and being really annoyed when we have to turn around and walk the way we were supposed to go in the first place," she told CNN in a February interview.

This latest version is still going through user testing, but Google hasn’t announced when this feature will launch for all users.