SPARE ME—DOES YOUR CAR HAVE A SPARE TIRE? 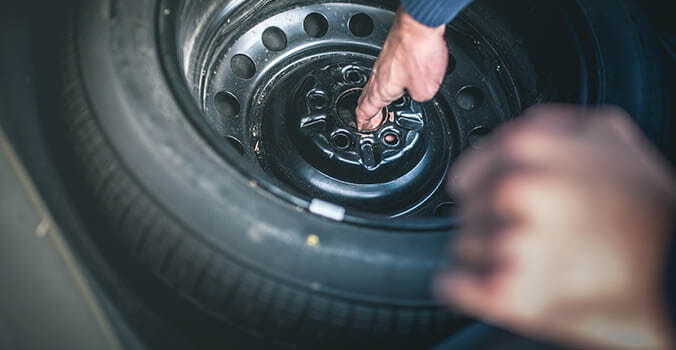 AAA is asking automakers to stop selling cars without spare tires, now a common practice that has left more than 30 million motorists—and their passengers—at risk of being stranded on busy highways and rural roads, in the heat, the cold, and the dark of night.

“This is more than an inconvenience, it’s a danger” says AAA spokesperson Cindy Antrican.

More than one in three new cars is sold without a spare, most often replaced by tire inflator kits, which were tested by AAA and determined to be a less dependable, more expensive alternative.

“It’s not that the kits don’t work, it’s that they only work when a flat is caused by something stuck in the center tread” Antrican says, “so, when there’s an open puncture, damage to the sidewall or a blowout, the kits are useless.  The only option is a tow.”

Even when the tire inflator kits work, AAA says, they can be 10 times more expensive than using a spare due to the replacement cost of the kit and the tire pressure monitoring sensor.

“There are many calls that I go on and I find there’s no spare” says AAA emergency roadside responder Ryan Candler. “But what’s really amazing is that most drivers don’t even realize it until they’re stuck”.

Automakers started eliminating the spare tire about ten years ago in an effort to lighten the load and improve fuel efficiency.  But, AAA says, the elimination of 30 pounds or so offers a negligible increase in miles per gallon but significant increase in cost to motorists.

Along with run-flat tires, tire inflator kits have replaced spare tires on 29 million vehicles in the last 10 model years, steadily increasing from five percent of vehicles in model year 2006 to thirty-six percent now. In the 2015 model year alone, 136 car models—from almost every auto manufacturer—came standard without a spare.

AAA is asking automakers to reverse that trend—an attempt to save money at the expense of motorists.

In the meantime, AAA has the following recommendations for drivers: