Behind the Curtain With Alice Cooper

Rock and Roll Hall of Famer Alice Cooper, "The Godfather of Shock Rock"

By Larissa and Michael Milne 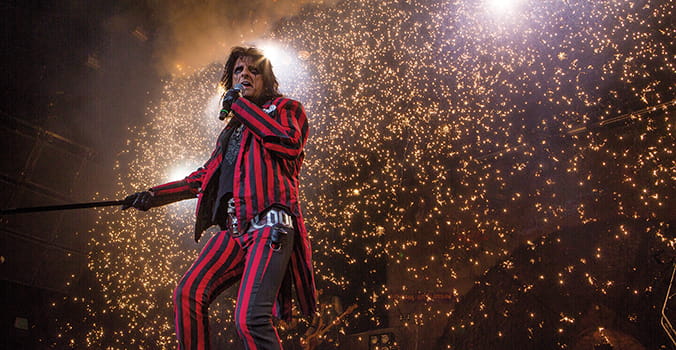 Rock & Roll Hall of Famer Alice Cooper, considered “The Godfather of Shock Rock,” is world famous for his many hits, including “School’s Out” and “No More Mr. Nice Guy.” The 71-year-old singer still tours for almost 200 days annually, with performances that are part vaudeville, part Broadway and 100 percent musical thunder. In keeping with his macabre onstage persona, he slides into a guillotine for the highlight of the concert. While a shocking maneuver, it’s done with a sly wink at the audience not to take it too seriously. Offstage, Cooper is a reflective family man with many interests, including golf, classic cars and his foundation, Solid Rock, that helps teens in his hometown of Phoenix, Arizona, to explore and develop their artistic talents.

AAA World: How did you first get interested in cars?

Alice Cooper: I’m originally from Detroit [Michigan], so it’s in my DNA. I’d always sit in art class designing cars. In my teens, I was at that perfect age, with all the Beach Boys songs about cars and driving. A car was your declaration of independence that also reflected who you were. You had to have something that was flashy and cool.

AAAW: What was your first car?

Cooper: It was a 1966 Ford Fairlane GT 390, yellow with a black stripe. The band [the core of what came to be known as the Alice Cooper band started playing music together in high school] was starting to make some money while I was in high school, so my share went into a drawer. After two years, I had enough to buy [the car] new. By this time, my family had moved to Phoenix because of my asthma, so my friends and I would drive out into the desert and cut loose.

AAAW: You mentioned cars being in your DNA?

Cooper: My dad sold used cars on Woodward Avenue in Detroit. Unfortunately for him, he was an honest used car salesman. He would point out if the odometer had been turned back or if the car had been in an accident, so he made no money at it. When that didn’t work out he ended up selling new Plymouths, so we’d get a Plymouth Fury every year, watching as the tail fins grew larger and larger. By 1958 it was a battleship.

AAAW: What’s a car that you pined for in your youth that you now own?

Cooper:  The 1963 Studebaker Avanti. People hated how the car looked, but I liked it because it’s got this asymmetrical body and was just the weirdest car. When it came out I was 15 and thought it was the coolest thing I’d ever seen in my life. According to an FBI agent that I later met, the one I own was being driven by a Soviet spy when that agent arrested him, so I’ll have to hold on to that one.

AAAW: On another subject, you’re involved with a program encouraging teens with the arts. How did the Solid Rock Teen Center get started?

Cooper: While visiting a neighborhood ministry program in a gangland part of [Phoenix], I saw two 16-year-old kids doing a drug deal on the street. I thought, ‘How does that kid not know he might be the best guitar player in Arizona, while the other kid might be the best drummer?’ I thought we could run a program, just for teenagers, where they would come in and learn any instrument for free. Gang kids or the richest kid in Paradise Valley, what do they have in common? Music. We’ve expanded from music performance to art and dance. We tell kids, ‘Come in and discover your talent and let us help you nurture it.’ We get 100 kids a day here, from all walks of life, who come because they are going to get something out of it that could change their life. Our first in-house competition was won by Jordin Sparks. When she went on to win American Idol in 2007, she wore her Solid Rock bracelet the whole time.

AAAW: You have a rigorous touring schedule. What are some tips for staying sane on the road?

Cooper: Travel with people you like to spend time with. For the band, I pick musicians I like. They all get along, and they’re professionals. I play golf every morning; 9 holes if there’s a concert or 18 if it’s an off-night. My wife, Sheryl, to whom I’ve been married for 43 years, is a dancer in the show and travels with us, so I bring ‘home’ with me.

AAAW: What’s an item you always travel with?

Cooper: It sounds crazy, but I always bring kung fu videotapes. I try to find obscure films like Five Golden Shaolins vs. The Army of Darkness. There are thousands of them out there. The dubbing is really bad, but the fight scenes are great, and they get me charged up for the show. Before I go on stage, I watch an hour of these.

AAAW: You’re on the road for more than half the year. Where do you get the energy?

Cooper: In 9th grade, my friend Dennis Dunaway [a co-founder of the band] talked me into going out for cross-country. I didn’t know I was a distance runner until then, and I ended up being a four-year letterman. That endurance still helps me. I also quit drinking 38 years ago and quit anything having to do with drugs. I never smoked cigarettes.

Once you get in front of an audience, the adrenaline kicks in. It doesn’t matter if you have a migraine headache or the flu or a toothache. When the curtain goes up and the audience is there, all of that takes a back seat. You do the show, and the adrenaline is making you feel pretty good. Of course, when the show is over, that’s a different story.

I remember back when I was drinking, I was using a sword that was owned by Errol Flynn—I still use it in the show—and I’m waving it around and decide to stick it into the stage, but instead, I stuck it right through my leg. It was spurting blood, and the audience thought it was a trick that was part of the show—but the band knew it wasn’t. I pulled the sword out, and there’s little puddles of blood all over the stage and, honestly, no pain, nothing, until after the show, when I just collapsed. I poured whiskey on it because I figured that’s what James Bond would do. The next day, I could barely walk, but then the curtain goes up again, and I’m out there like nothing happened. I’m flying, no problems at all. I still get that adrenaline burst because there are 10 or 15 thousand people out there who want Alice Cooper, and I’m more than happy to give it to them. It’s nothing but fun.

Cooper: A few years ago, I was playing in Romania with my other group, The Hollywood Vampires, that includes Johnny Depp and [Aerosmith guitarist] Joe Perry. [Movie director] Tim Burton was with us. We had a day off, so they put on a special dinner for us at Dracula’s Castle. A guy dressed up like Vlad the Impaler told us all the scary stories of the old days. It was pretty crazy. It was definitely a place you wouldn’t want to spend the night. 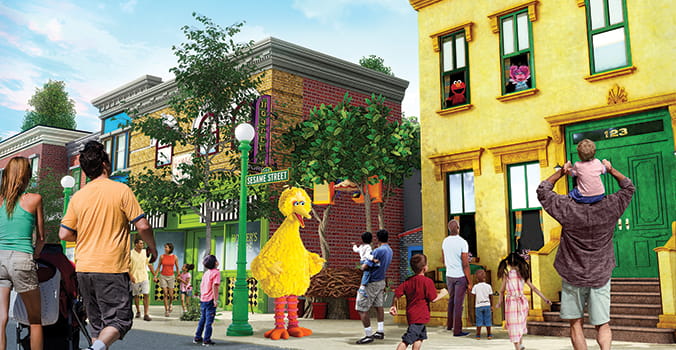 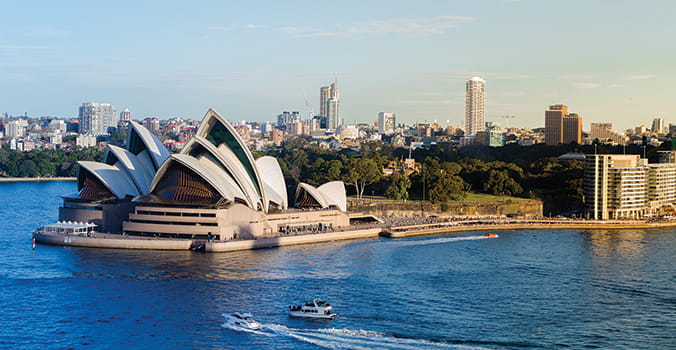 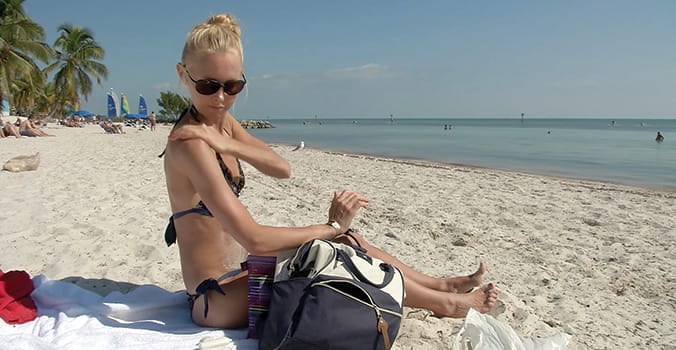