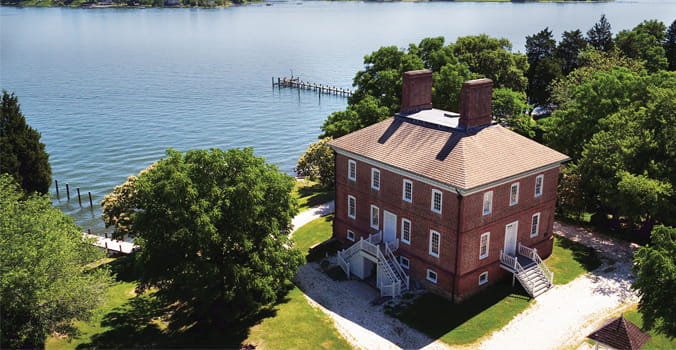 Historic London Town and Gardens in Edgewater, Maryland—just 15 miles from Annapolis—is a multifaceted attraction. Come with history on your mind and a desire to learn, and you’ll discover that this now-quiet peninsula once bustled as a major port town. During its heyday from the late 17th century to the mid-18th century, London Town saw as many as 100 ships pass through each year, leaving Maryland for the Old World laden with tobacco, wood and other products and returning with European-made goods. Come for a natural retreat, and you can stroll through London Town’s 10 acres of cultivated ornamental and woodland gardens and enjoy extraordinary views of the waters that surround the site: the South River, Almshouse Creek and Shipping Creek.

At its height, London Town had a population of approximately 400, most of them working class and enslaved people who labored on the docks, provided services, and catered to the merchants, sailors and planters who passed through town. By the mid-to-late 18th century, however, when tobacco shipping laws changed and new roadways were built, business dried up, and the town died off.

The stately William Brown House, which had briefly been the town’s upscale inn and tavern, was put into service from 1828 to 1965 as a county almshouse where the poor were housed and fed. After it closed, in the 1960s and early 1970s, themed gardens were planted on the property, including a camellia garden that blooms well into November, thanks to a cold-hardy hybrid that was tested here.

For many years, though, the Colonial town and its history were all but forgotten—until an archaeological dig and the stories it uncovered inspired the creation of the London Town Foundation in 1993, a nonprofit organization dedicated to preserving and sharing Historic London Town and Gardens with the public. The centerpiece of the nearly two-acre historic site is the circa 1760 brick Georgian-style William Brown House, a National Historic Landmark, where the rooms are furnished to interpret its various roles as inn, tavern and home to the innkeeper’s family. Historic London Town also comprises two wooden building re-creations that are staffed on weekends with costumed interpreters to answer questions. The Lord Mayor’s Tenement depicts a typical early 1700s home for a lower-class family—just two small rooms and a loft. There’s a carpenter’s shop, too, where visitors can try out Colonial-era woodworking tools. An exhibit in the modern Visitors Center elucidates the town’s history.

Every Saturday and Sunday March through November, there are musket-firing demonstrations at 1 p.m., followed at 1:30 p.m. by a guided tour of the gardens. Periodically, there are living history reenactors on-site—a cook baking hoe cakes or other period foods on the tenement’s hearth, a carpenter building furniture in his shop, a blacksmith hammering out tools. No matter when you visit, children can borrow and dress in period clothing. Ask to borrow a free haversack bag at the Visitor Center, and the kids can play games and engage in fun and educational activities.

Special themed programs this fall and winter include a focus on maps and cartography September 9–10, a different Colonial trade or skill being demonstrated each weekend in October, and a militia muster November 4–5. During the annual Illuminated London Town, this year taking place on Friday and Saturday evenings December 1–16, trees and shrubs in the gardens are festooned with lights, the Brown House is decorated for the holidays, carolers perform, and hot cider is served.

What: Historic London Town and Gardens

When: March to November, Wednesday–Sunday, 10 a.m.–4:30 p.m.; December to February, check website for days and times.

This article originally appeared in the September/October 2017 issue of AAA World. 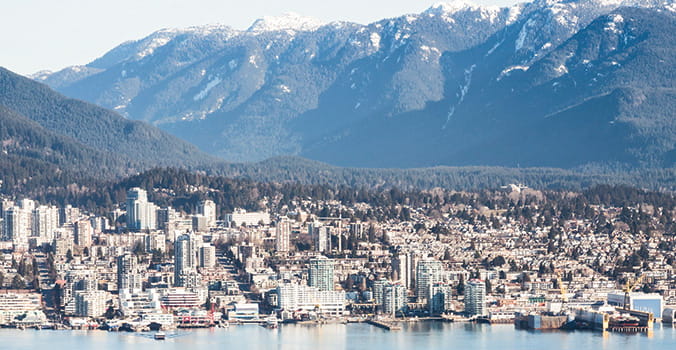 Vancouver, British Columbia, combines the man-made and natural worlds into one diverse and surprisingly captivating metropolis. 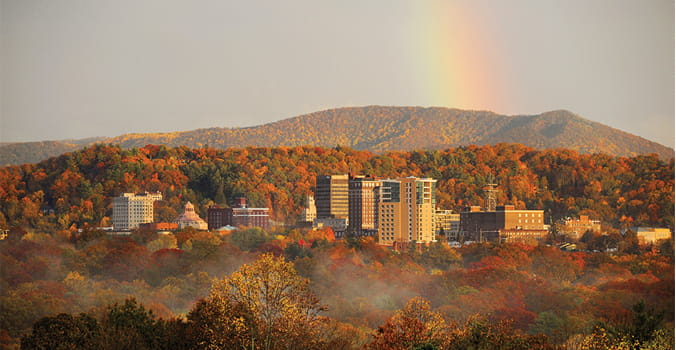 Yes, Asheville boasts the legendary Biltmore Estate, but this city in North Carolina's Blue Ridge Mountains is more than its mansion. 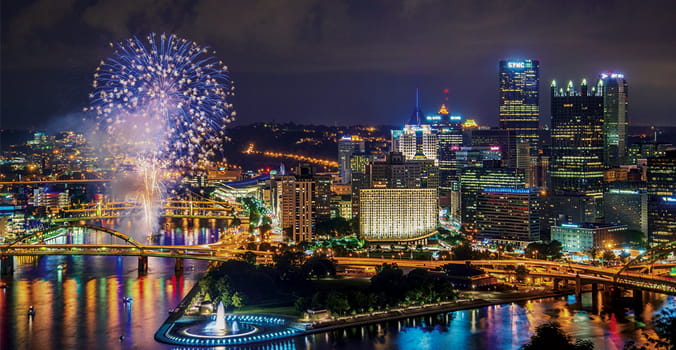 When it comes to the perfect play date, Pennsylvania's Steel City packs in the family fun.