Dancing with the Stars

A serendipitous stay at a historic lodge in Giles County, Virginia, reveals a Hollywood connection—and a host of natural wonders. 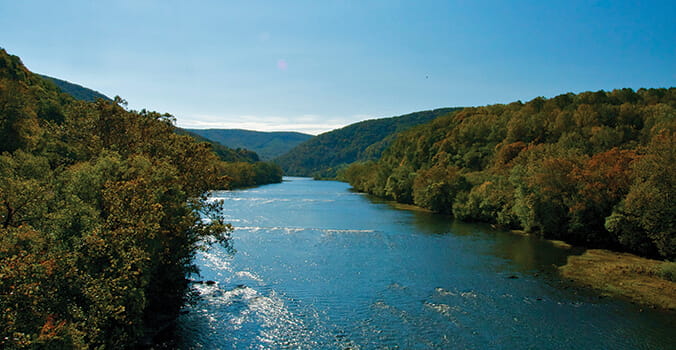 Drenching rain posed a challenge to my windshield wipers as I maneuvered the narrow country roads on a dark April night. Carefully steering through every switchback, I was thankful my GPS was still operational; it had been essential to navigating Giles County, a pastoral region of southwest Virginia known as “Virginia’s Mountain Playground.”

Giles County shares a border with West Virginia and is a 15-minute drive from the Virginia Tech campus in Blacksburg. The region is popular with hiking, biking and motorcycle enthusiasts because of its undeveloped landscape containing 100 square miles of George Washington National Forest. The mountainous county is also home to 50 miles of the Appalachian Trail (AT) and 37 miles of the New River. 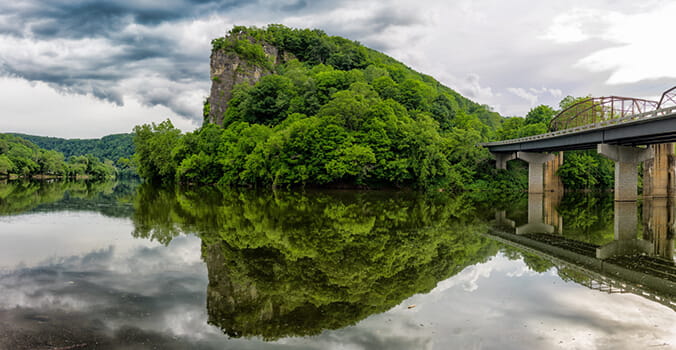 Castle Rock along the New River
Photo by Nathan Cooke

Earlier that day, I had explored the town of Pearisburg on the banks of the New River. The town is a frequent stop for hikers on the AT looking for a restaurant meal or camping gear. Pearisburg artists led an effort to promote conservation and recycling by constructing the River Sculpture Walking Trail, a park featuring whimsical structures made from trash found around the New River. Later that the afternoon, I headed to Mill Creek Nature Park to ascend 2.83 miles through a narrow gorge to reach the 3,800-foot-high summit, Sentinel Point. My exertion paid off with a glimpse of Mill Creek Falls and panoramic views of West Virginia’s Allegheny Plateau. After such an eventful day, I was ready to relax at my hotel and eat a hearty dinner.

As the author of a hiking guidebook, I’ve researched many destinations, including Shenandoah National Park and some sections of the AT. When planning my trip to Giles County, I booked a reservation at Mountain Lake Lodge in the Appalachian Mountains about 22 miles from Pearisburg. By its name, I imagined a rustic lakefront hotel where I might go boating or fishing; however, I was in for a surprise.

Care to Dance?
After parking at Mountain Lake Lodge’s Main Stone Lodge, I waited to check in. The lobby had thick flagstone walls, an oversize sofa, a stone fireplace, and to either side, the Harvest Restaurant and Stony Creek Tavern. Everything looked cozy and inviting. Back in 1851, guest cabins were established on this mountaintop for stagecoach travelers heading west. The new owner tore them down in 1936 to build the lodge using native sandstone. 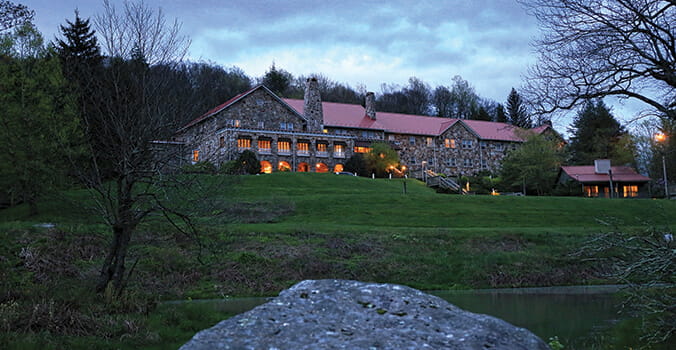 On an antique bookshelf in the lobby, I saw a shirt with a familiar image of a man lifting a woman over his head. I asked the front desk manager, “Why do you sell Dirty Dancing T-shirts?” He seemed surprised by my question and answered, “This is where they filmed the Dirty Dancing movie. In fact, they filmed a few scenes  in that dining room to your right.” I hadn’t seen the 1987 movie in a long time, but it’s the kind of dramatic film you never forget.

The original Dirty Dancing movie was filmed in 1986 on location at Mountain Lake Lodge. It’s a classic tale of a young girl from an upper-class family falling in love with a working-class dance teacher while she vacationed at a family summer camp. In the iconic film with Jennifer Grey and the late Patrick Swayze, Mountain Lake Lodge stood in for Kellerman’s Resort in the Catskills. Today, the sprawling property has all the important landmarks from the film—the stone lodge, rustic cabins and gazebo—except for one: there’s no lake. 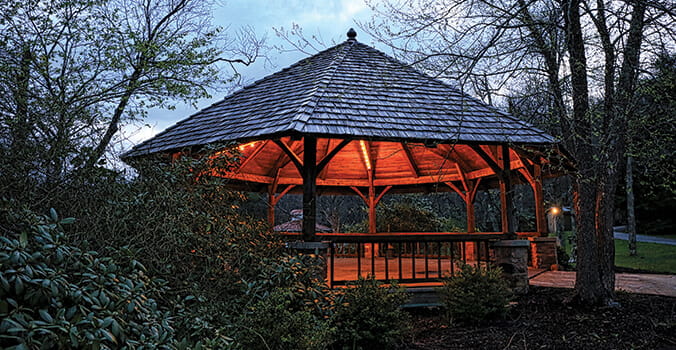 I met with Josef Koefer, the resort’s marketing manager, in the hotel bar. As we sat by a crackling fire, the topic of the missing lake came up quickly.

“The lake actually breathes,” Koefer explained. “It has springs in the bottom of the lake, and every few years, it pumps water in and out. Right now, it’s dry, but eventually it will fill back up with water. It hasn’t been full since 2003. In the 1990s, it was fluctuating. Our naturalist will bring guests to the lake bed, answer any questions they have about it, and show them where the water goes in and out. We use it as a history lesson and tour.”

If you’ve seen the movie, you remember Mountain Lake was a key presence, including the pivotal moment when Swayze stands in the water to lift Grey over his head while practicing for a dance competition.

The hotel hosts four Dirty Dancing Weekends every year, and they sell out every time. “The weekends are filled with live music, professional dancers, a Dirty Dancing property tour, a showing of the movie in the ballroom and Dirty Dancing trivia,” Koefer says. But year-round, guests can visit Baby’s (played by Grey) actual cabin; hang out at the gazebo where Baby speaks to her father; touch the memorial stone honoring Patrick Swayze; and see cinderblocks where Johnny (played by Swayze) practiced lifting Baby over his head—minus the lake, of course. There’s also a Dirty Dancing Museum that displays memorabilia from the film, maps showing where each scene was filmed and autographed pictures of all the actors. 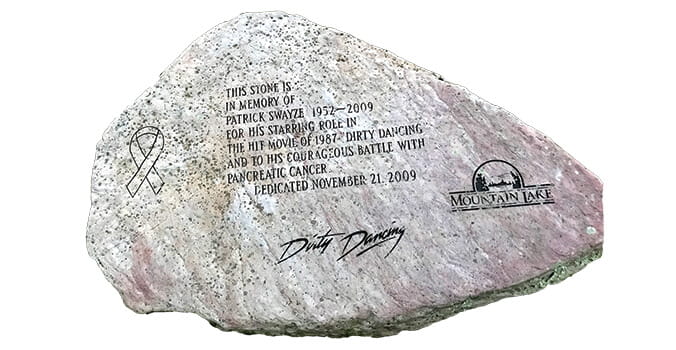 Koefer wants me to know there’s more to Mountain Lake Lodge than just Dirty Dancing. “[The movie is] absolutely part of our heritage, and we embrace it,” Koefer continues. “But the owners want to preserve the property and provide a place that connects families with nature. We’ve added a five-story inflatable waterslide, archery tag, Bubble-Ball and our Tree Top Adventure Course. In addition to all of that, there are 22 miles of hiking and biking trails on our 2,600-acre property.”

Koefer bid me good night, and I headed into Harvest, the lodge’s farm-to-table restaurant that sources its meats, beverages, and fruits and vegetables from local producers. The restaurant where Baby and family dined every evening looks the same as it did in the film. 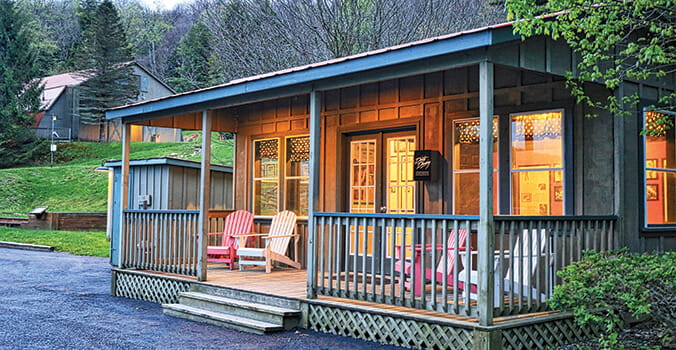 By the end of my dinner, the skies had cleared, so I wandered down to the lodge’s lower-level patio. From there, the Milky Way stretched around me like a blanket. After a few minutes, I saw a shooting star.

Take a Hike
The next morning, I drove 18 miles down the mountain roads to Narrows, a picturesque town nestled in a sharp bend in the New River. The AT passes through, and hikers often stop here for supplies.

“Narrows has everything hikers need—all within a stone’s throw of the AT,” says Jo Martin, the director of Narrows Now Trail Club. “There’s an inn, farmers’ market, campground, eateries, post office with a Hikers Log (a book signed by AT hikers traveling through), and artisans’ gift shop that carries ‘Three Trails of Narrows’ postcards (it’s a tradition that AT thru-hikers send cards home from various stops). Everyone welcomes the hiking community.”

Despite its moniker, the New River is the second-oldest river on the planet. Members of Giles County Economic Development Committee founded the New River Water Trail, installing boat-landing signs along the county’s scenic stretch of river. Tangent Outfitters in Pearisburg rents paddleboards; runs kayak, rafting and fishing trips; and will transport you to Class I and II whitewater rapids flanked by towering bluffs. 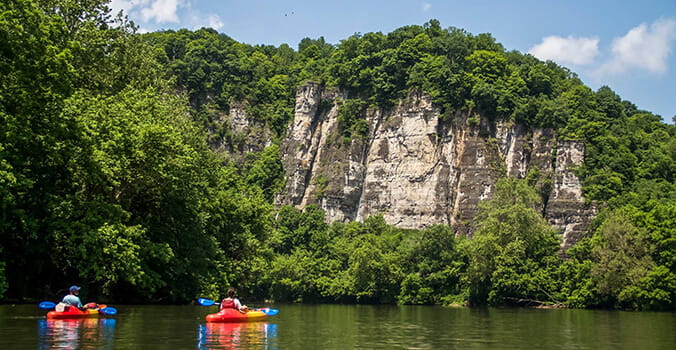 Rain showers the day before had left the landscape abloom with fragrant wildflowers, mountain laurel and rhododendrons. I parked at Cross Street in Pearisburg to hike the AT’s northern slope of Pearis Mountain. From Angels Rest Overlook at the top, I had a 360-degree view of North Carolina, West Virginia and Virginia.

After my trip, I called Kathryn Herndon-Powell from the Appalachian Trail Conservancy to talk about the region. “Giles County and the whole area are both really underappreciated hidden gems,” she said. I agreed. Then I watched Dirty Dancing again, pondering a disappearing lake and those eternal dancing stars. 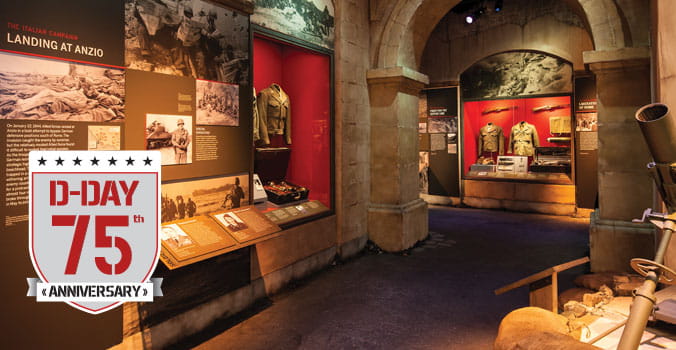 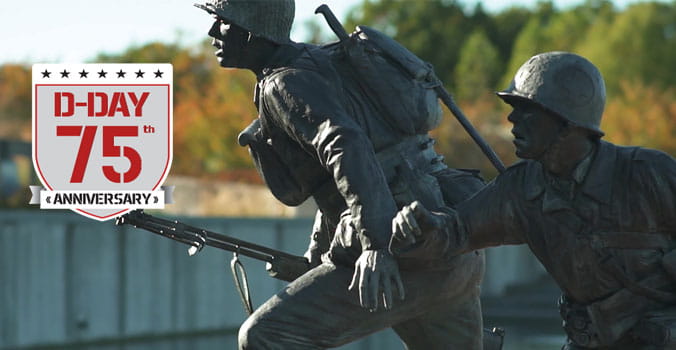 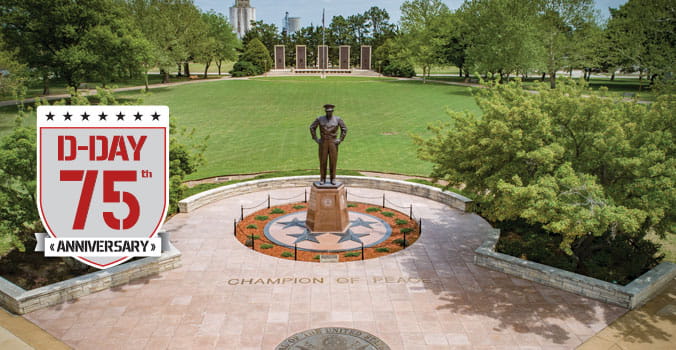