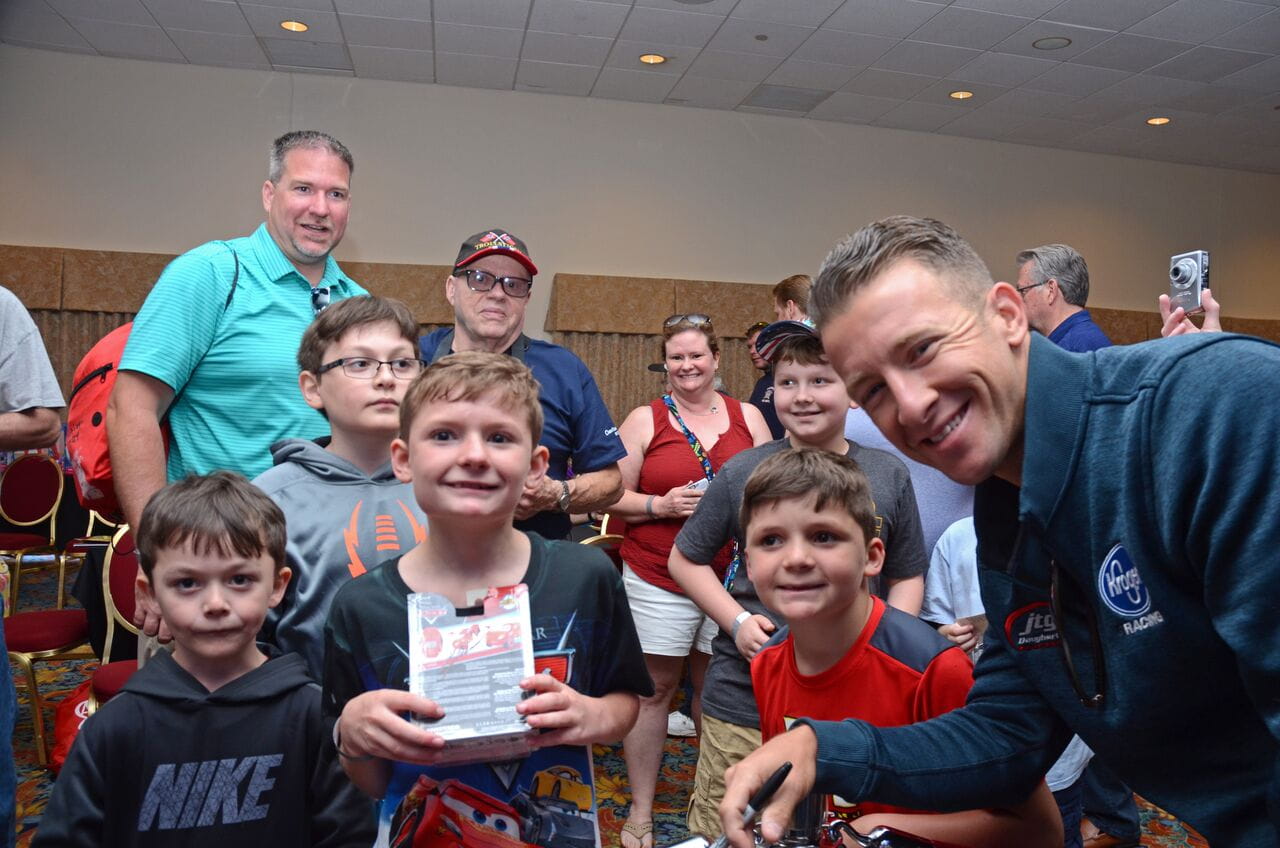 In its sixth consecutive year, the event is a joint effort between Dover International Speedway and Autism Delaware, supported by AAA and Ollie’s Bargain Outlet. A portion of the proceeds supports Autism Delaware.

The Autism Awareness Day at the Races included seating in the climate-controlled grandstands at the Monster Mile, which offers views of the backstretch as well as the highly-banked concrete turns. This year, 359 people attended the event; all of them children or adults with autism and their families. Breakfast and lunch were served in the sensory-friendly Food Room.

Kathleen Tracy, team lead for the 15 AAA volunteers, said most of the families were already there when the doors opened at 9am. And when it was time to meet the drivers in the “red carpet area,” the kids fairly flew down the hallway to see their heroes. Kathleen told us, “Quite a few boys were excited to see Danica because, apparently, a lot of them wanted to marry her.”

“I enjoyed seeing the kid’s faces” when they met the drivers, said Kathleen. And the drivers seemed just as delighted to meet the kids, chatting with them, posing for photos, and lingering as long as they could before going to prepare for the race.

True fans, the kids knew all the drivers’ stats and watched the race enthusiastically―especially the crashes and near misses. Most hung out in the Diamond rooms where they could watch the race or play with toys, stuffed animals, building blocks, coloring books, and crayons―all of which they could take home at the end of the day. There was even a cozy Quiet Room with silently playing movies, comfy chairs, blankets, and pillows.

Everyone had a great time and Kathleen, a very active AAA volunteer, told us, “I love to know that I helped out. Volunteers are always needed.”