Growing up in India, my family and I never took road trips because getting in a car and going on long, scenic drives wasn’t a part of our culture. Roads were bumpy and went through villages where traffic jams due to cows crossing the street were typical. Because highways were scarce, driving was considered a last resort when there was no other way to get to where we needed to go. Trains and planes were our preferred modes of travel.

We immigrated to America when I was eight. This is a country in which road trips are a part of the social fabric of society and a mainstay vacation option for families, couples, college students, and beyond. As traditional as they may be here, however, my parents never became fans of going on extended journeys by car. It was not until I had my own daughters, now ages twelve and eight, that I finally experienced and embraced this classic slice of American life.

As of today, I’ve taken at least a few dozen road trips around the United States, most of them with my husband, Mahir, and our children but also some on my own. I’ve even started to compile a list of many more I’d like to take.

Here’s a list of seven of the most memorable. Have you been to any of these locations? 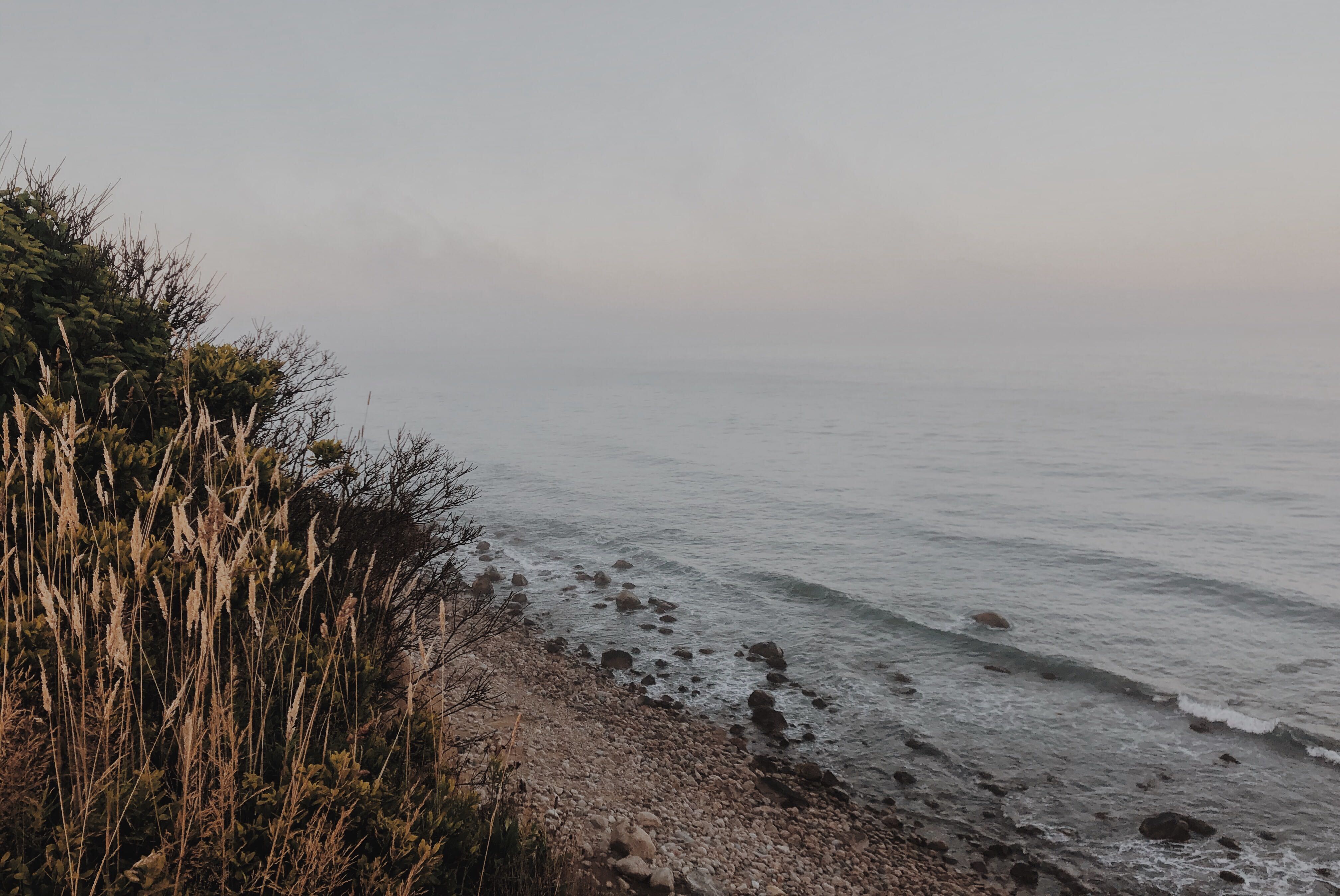 It’s a three-hour journey from Manhattan to Montauk on Long Island’s East End—and what a contrast these two destinations are. My family went three times this summer because my oldest daughter, Meenakshi, loves to surf, and Montauk has the best surfing on the East Coast.

Within fifteen minutes of getting into our car, wetsuits and other beach gear in tow, the tall skyscrapers and dense urban landscape give way to the highway. In ninety minutes, we reach West Hampton, which is where you start to get that “you’re on vacation” feeling. Next, we exit off the main highway and travel a two-lane road lined with seafood restaurants touting clam and lobster bakes. Deeper into the Hamptons, farm stands that frame sprawling farmlands abound.

After East Hampton, we near Montauk, a place with a wild, almost rugged beauty. We see lobster shacks and the ocean at a distance and can smell the salt in the air. Before we know it, we’ve arrived at Montauk’s famous lighthouse surrounded by crashing waves. “Mom, let’s go, let’s go,” Meenakshi says. “It’s surfing time now. Can’t you tell how excited I am?”

Is there a more photogenic road trip in the United States than this? I think not. This iconic route spans more than 650 miles, and my husband and I were lucky enough to drive the stretch from the charming town of Carmel-by-Sea through Big Sur. Downtown Carmel-by-Sea, full of locally-owned shops and restaurants, gave way to Calla Lily Valley, where we stopped and took the footpath to Garrapata State Beach. We “ooohed” and “aaahed” at the hills full of wildflowers.

Our next stops included the nineteenth-century Point Sur Lighthouse, towering on volcanic rocks, and McWay Falls, where a waterfall spills into the sea. More wonders included Limekiln State Park, which is full of centuries-old redwoods and secluded beach upon secluded beach. Finally, we arrived at Hearst Castle, William Randolph Hearst’s home: inside, it was covered in mosaics and even has a museum-worthy art collection to boot. Forest, ocean, history, and art. The drive had it all. 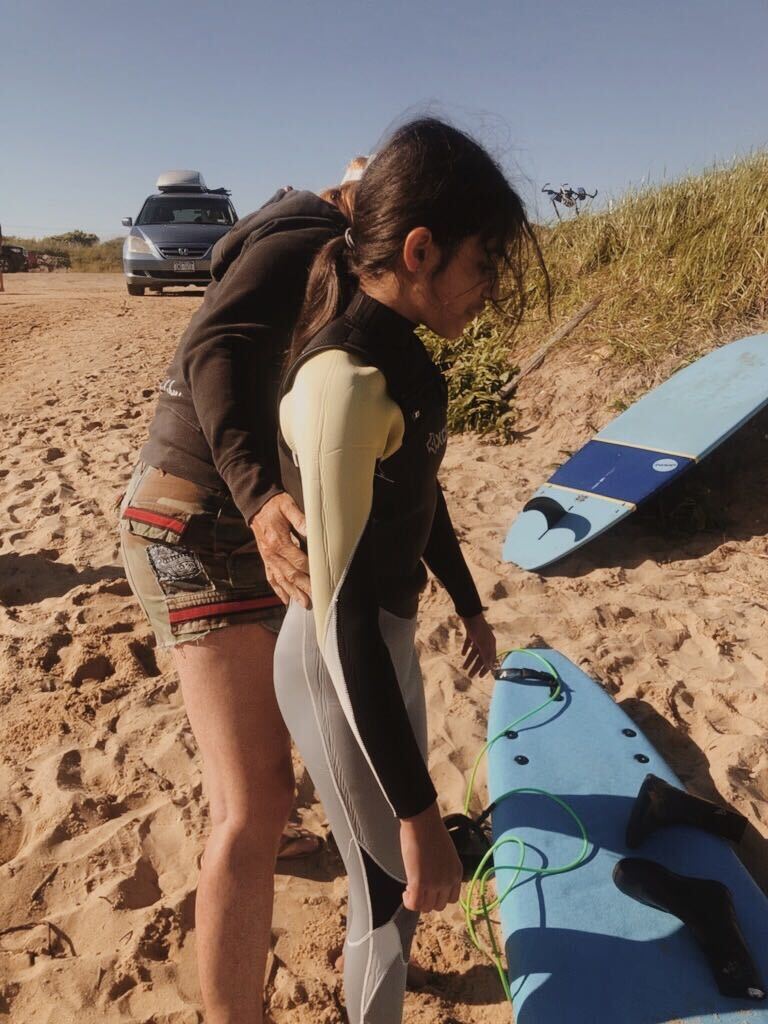 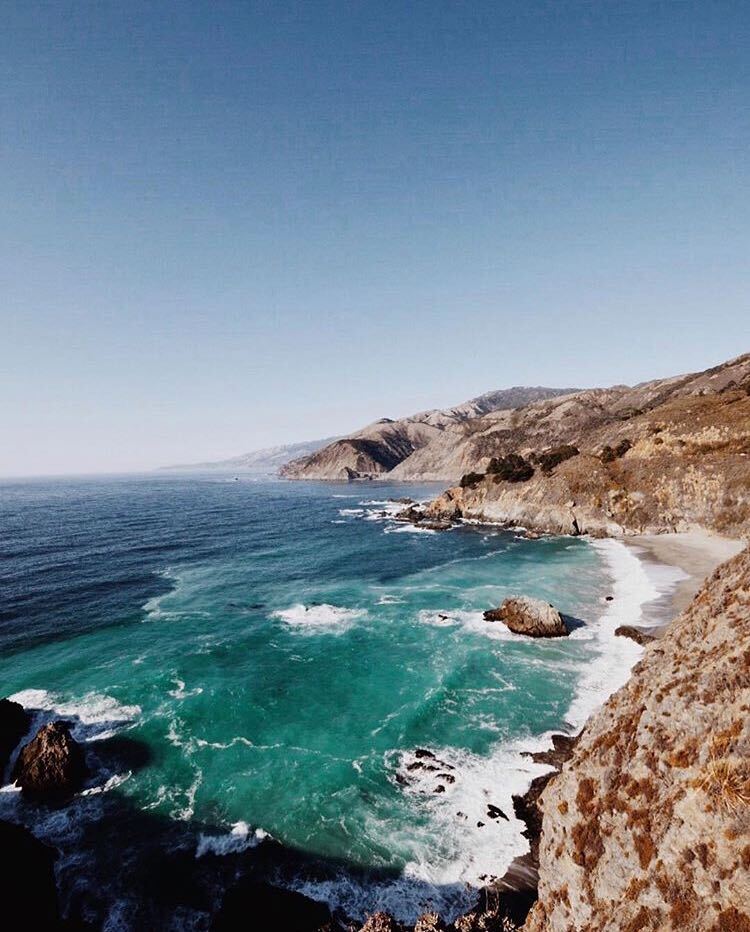 From the city to the mountains: this is a trip you can take in the summer when you’re going to Vail for hiking or in the winter, during ski season. No matter the time of year, it’s an epic three-hour drive. The hilly landscape gets more mountainous by the mile, and then there are peaks, jagged towering peaks. They’re bare during summer months and blanketed in snow come winter. I recall gaping in awe and exclaiming “wow” after “wow.” This is the kind of trip you take the extra time to pull over at several of the scenic viewing points to take photos. Trust me, you’ll put them on your Instagram feed and in old-fashioned photo albums.

For the last five years, come early September, my family and I have established a pastime of hitting the road toward the Hudson Valley for a day of apple picking. By the time we go, the weather has usually started to turn from hot and humid to crisp and slightly cool. We pick a farm, any farm, that looks appealing and off we go. It’s a scenic drive up the I-87, a highway surrounded by trees that are still a lush green but starting to show hints of oranges and reds. Sometimes the trip takes an hour, other times it’s two.

Amrita, my younger daughter, goes for the apple picking. Meenakshi is all about the warm cider and freshly baked doughnuts. Of course, we enjoy both. After a hayride that takes us to the apple orchards where we fill our bags with pink ladies, honey crisps, and golden delicious, we head to the main farmhouse to get our sugar fix. On the drive home, the landscape is just as appealing, but we’re too busy debating how to use our apples. Amrita always wants to eat them as snacks. Meenakshi wants to bake a pie. Just like they did that day, they both get their way. 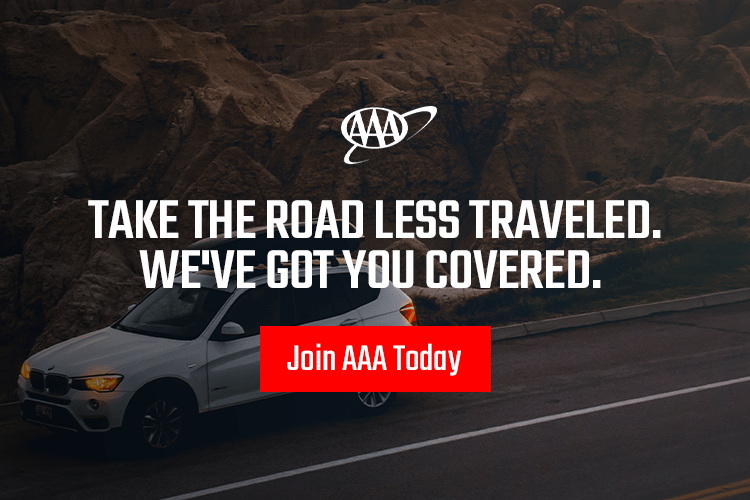 The Berkshires warrant a visit any time of the year, but to see them in their prime, I love to go in October for a fall foliage trip. The landscape is majestically blanketed in reds, oranges, golds, and yellows, and the air is cool. There’s no rush to get anywhere or do anything because the colors of the trees are what Mahir and I are here to see.

We drive slowly along the roads, and the other drivers do the same. Occasionally, we spot a leaf blowing gently in the wind, and in that moment, it’s the star of the show. We also stop for pictures in the historic towns that include Stockbridge, Lenox, North Adams, and Great Barrington. They bustle with foot traffic and are full of leaf peepers like us. After a walk to stretch our legs and a bite to eat, we’re off again to catch even more spectacular leaf sightings. 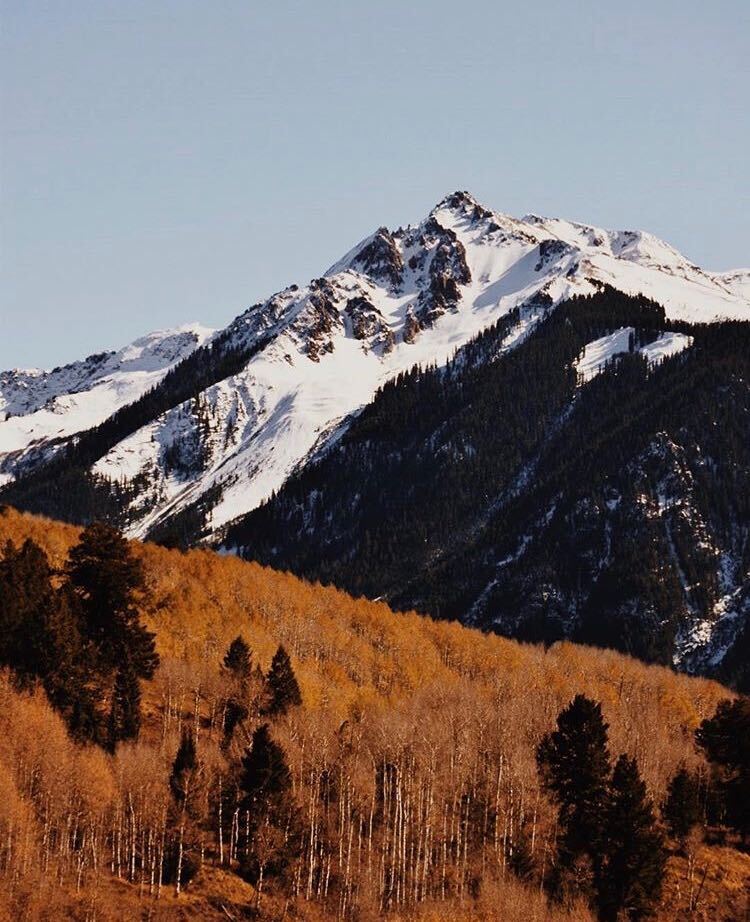 I was skeptical when I heard that this drive was only ten miles. What could you really see in such a short time? So much so, it turned out, that it was hard to take it all in. Lined with the crashing New England coastline and historic nineteenth-century mansions built by wealthy New Yorkers, this trip is worthy of stop after stop. Highlights for me included Hammersmith Farm, where Jacqueline Kennedy Onassis lived as a child, and the nineteenth-century Castle Hill Lighthouse. As a history fan, I also loved touring the Gilded Age mansions, most notably Rough Point, which is now owned by the heiress and philanthropist Doris Duke and home to a spectacular collection of decorative arts.

The culmination of my tour was a picnic in Brenton Point State Park, also on the route. Like the mansions I had just seen, it was an elegant spread of curried chicken salad dotted with plump currants, goat and gruyere cheeses from a nearby farm; crisp crudités; and stunning, fruity rosé.

The promise of a delicious meal is what had me dragging my resistant family from Miami Beach, where we were spending a long weekend, to Palm Beach. I had been to the latter a decade before with friends and never forgot the to-die-for breakfast I savored at Benny’s on the Beach. I could still taste the grapefruit brûlé with a golden sugary top, the warm banana bread studded with chocolate, and the exquisite vegetable omelet with hot sauce on the side.

It would only take an hour and a half, I told them, and I promised we would be back before lunch. “Mom,” Meenakshi protested. “It’s breakfast. We can get a great breakfast in Miami.” Mahir and Amrita echoed her thoughts.

No matter. Off we went on a short road trip that’s definitely a must-do for any travel by car fan—and yes, even my family who protested now agrees. We set off early and drove along a traffic-free Miami Beach, the ocean glittering in the background. Then came Hollywood and Fort Lauderdale with their photogenic marinas, and the town of Delray Beach, full of art galleries and a wetlands park where, to the delight of my girls, we saw turtles and crocodiles. The city of Boca Raton gave way to Palm Beach County, and just outside the city in Lake Worth, we arrived at Benny’s.

Everything was better than I remembered it, but better still, my family couldn’t stop raving about the food. Toasted S’more French toast, chicken and waffles, cured salmon with cream cheese, buttery hot biscuits, and chocolate chip pancakes. What didn’t our spread have? Oh, that’s right—the avocado toast.

We paid the bill and left. “Will we come back again, Mom?” asked Amrita. “The drive wasn’t so bad.” 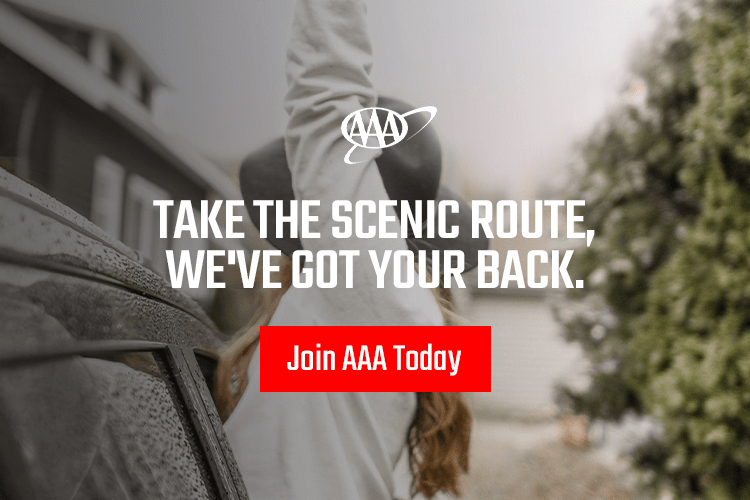 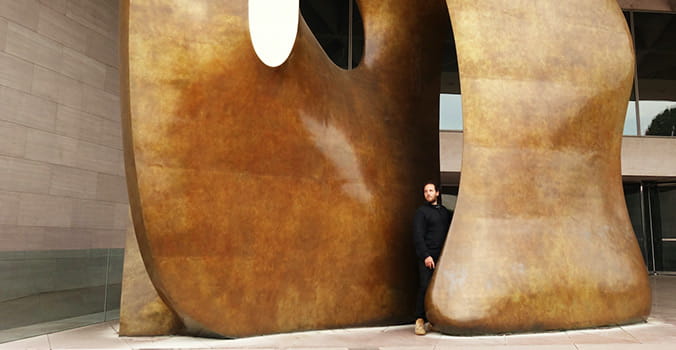 By David & Liv of ZEITGEIST 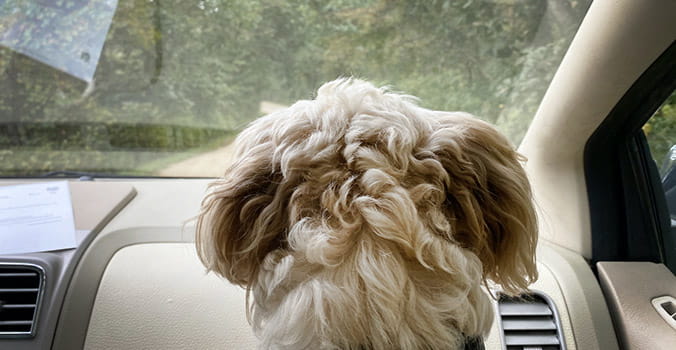 On the Road with Groovy

By David & Liv of ZEITGEIST 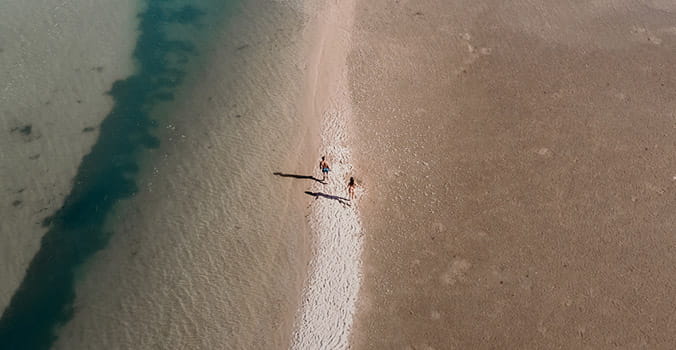