I hadn’t planned to do this alone. A fresh break-up the month before had me scrambling to pull together a new plan. How does one eloquently tell their parents they’re road-tripping to Alaska—alone?

The start: facing fears and mountains

My first stop on the road trip was backpacking in British Columbia. I had rallied a friend to come with me, only to have her bail the day of. I had been backpacking with friends all summer and told myself this would be a great first solo trip. I felt confident until I pulled into the trailhead parking lot. 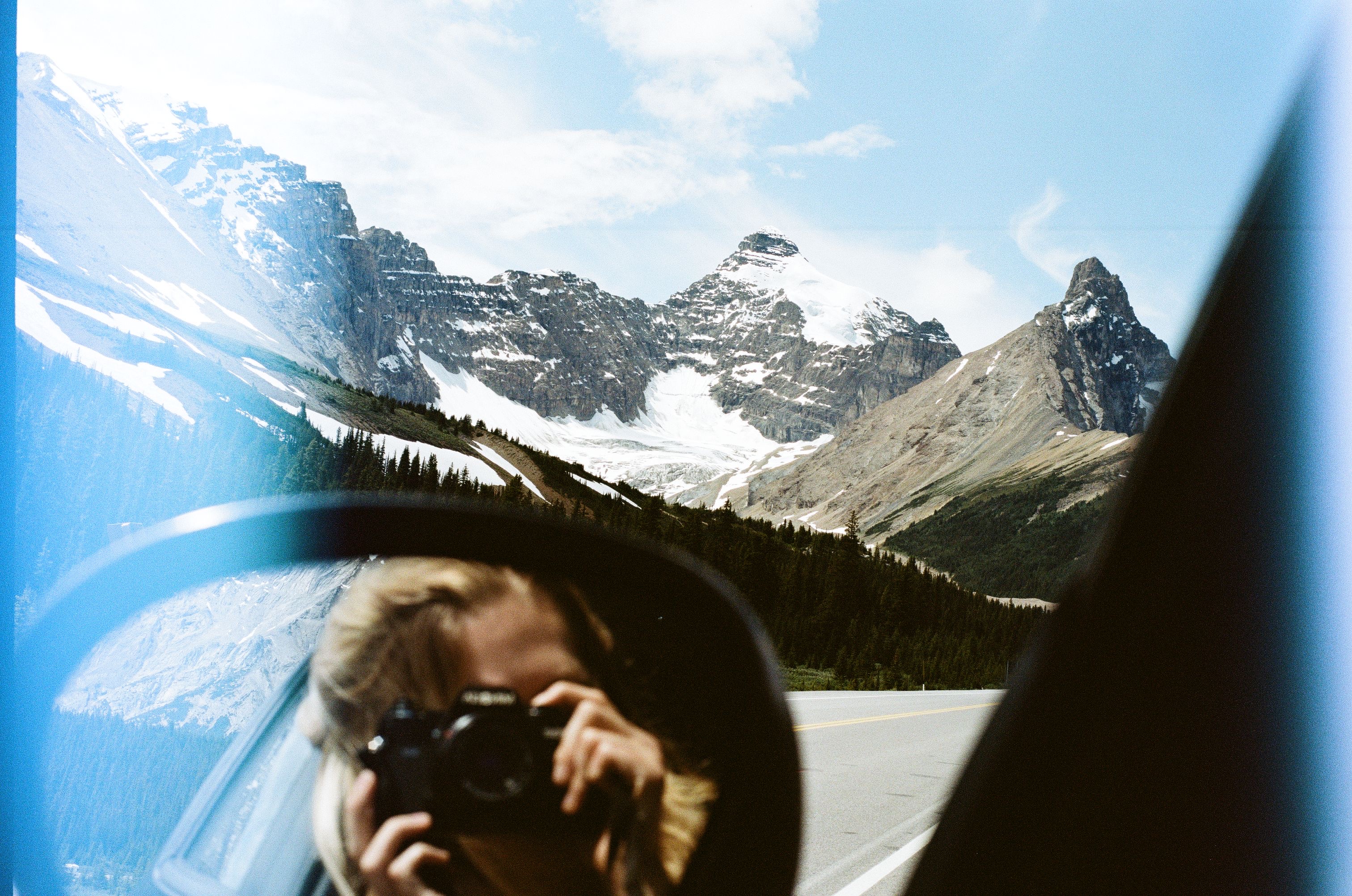 Paranoia warmed my face. “That group of people is staring at me,” I thought. I turned to look at them, and they were smiling and taking photos of each other. I took a deep inhale and donned my pack. Why did it feel so heavy? I trudged up the trail that immediately started climbing in elevation. Finally making it to a clearing, I stopped as views of the ocean and mountains opened up in front of me. I suddenly felt so much lighter.

At the summit, I sat in my tent facing the ocean as the sunset brushed the sky in pastels. I was cozied up in my wool socks and journaling about how empowering this felt. I felt like I could take on anything. Then the sky began to darken.

I eyed my bear spray before I turned off my headlamp. The ground felt hard and cold—I swore I could’ve heard something walking around. “What do mountain lions sound like?” I wondered. Still wide awake at 3 a.m., I buried my face into my sleeping bag. I woke up at sunrise two hours later, packed up, and started hiking down. I felt defeated after the fear of the night; I was mad at myself for being weak. Then the downpour hit. 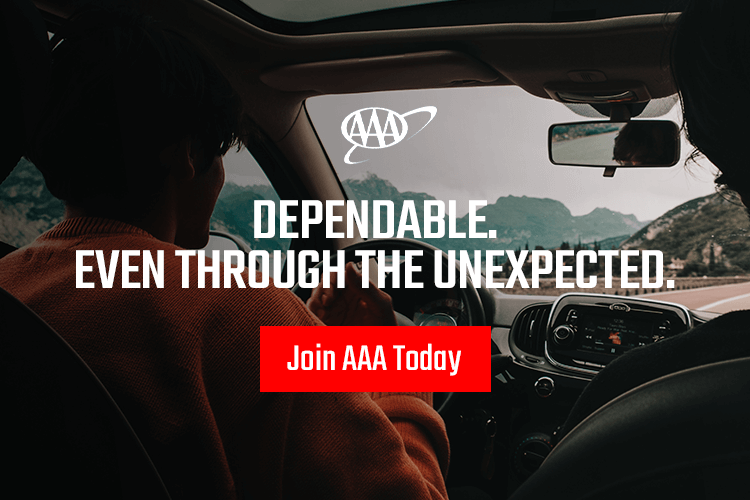 Surviving and thriving: When things don’t go as planned

The rain came out of nowhere. I had looked at the weather before my trip and even checked my GPS and saw nothing to be concerned about. I was not prepared for this. I began running, worried about my gear becoming soaked. But midrun, all of my Google research came flooding back: Don’t run on the trail; you could surprise a bear. I slowed my pace to an awkward run-walk and started scream-yelling the lyrics of a song to alert any bears of my unsettling presence. As the parking lot came into view, I let out an ecstatic screech. Mud was smeared up the right side of my body from when I slipped and fell. People stared, but I didn’t care.

I spent the next week enjoying every sunrise and sunset in the Canadian mountains. I figured out how to sleep comfortably in my car. I learned I could karaoke on the road for over three hours, and ride in silence for equally as long. I could have planted a garden with how much dirt was under my fingernails after that week. And I’ll never forget accidentally staying up until 2 a.m. because I had forgotten that it doesn’t get dark in the Yukon during the summer.

Arriving in Alaska: an end and a beginning

On the road again, I had to slam on my brakes as a bear darted across the road. It was the fourth bear I’d seen that day on the Haines Highway. Clearly, the bears were not as fearful of people in Alaska as in the lower 48. I cautiously rolled down my window to sneak a photo. The bear darted off into the thick forest before I could snap the picture I wanted. “Gosh, bears are fast for their size,” I thought to myself and shuddered as the moment of fear came and went. 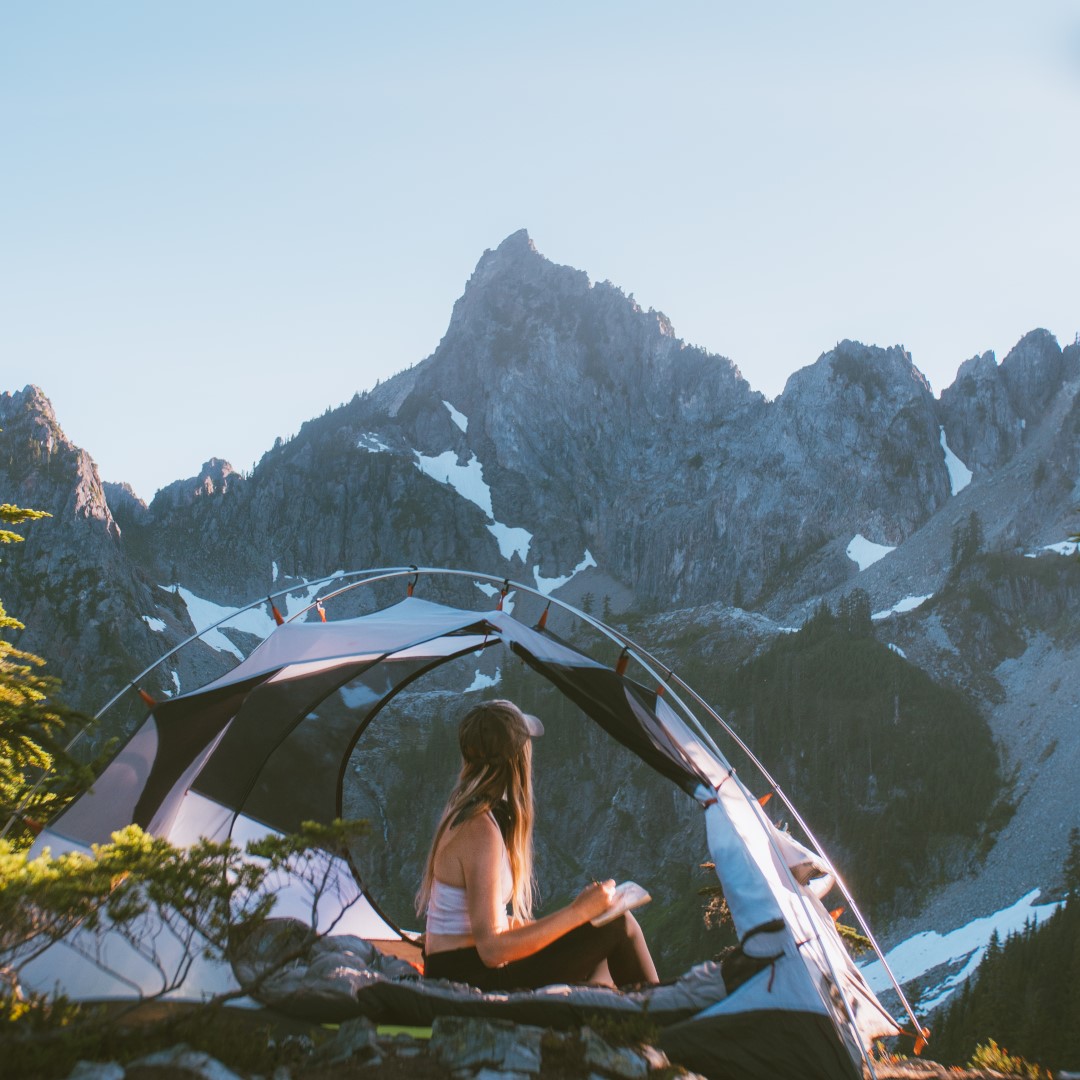 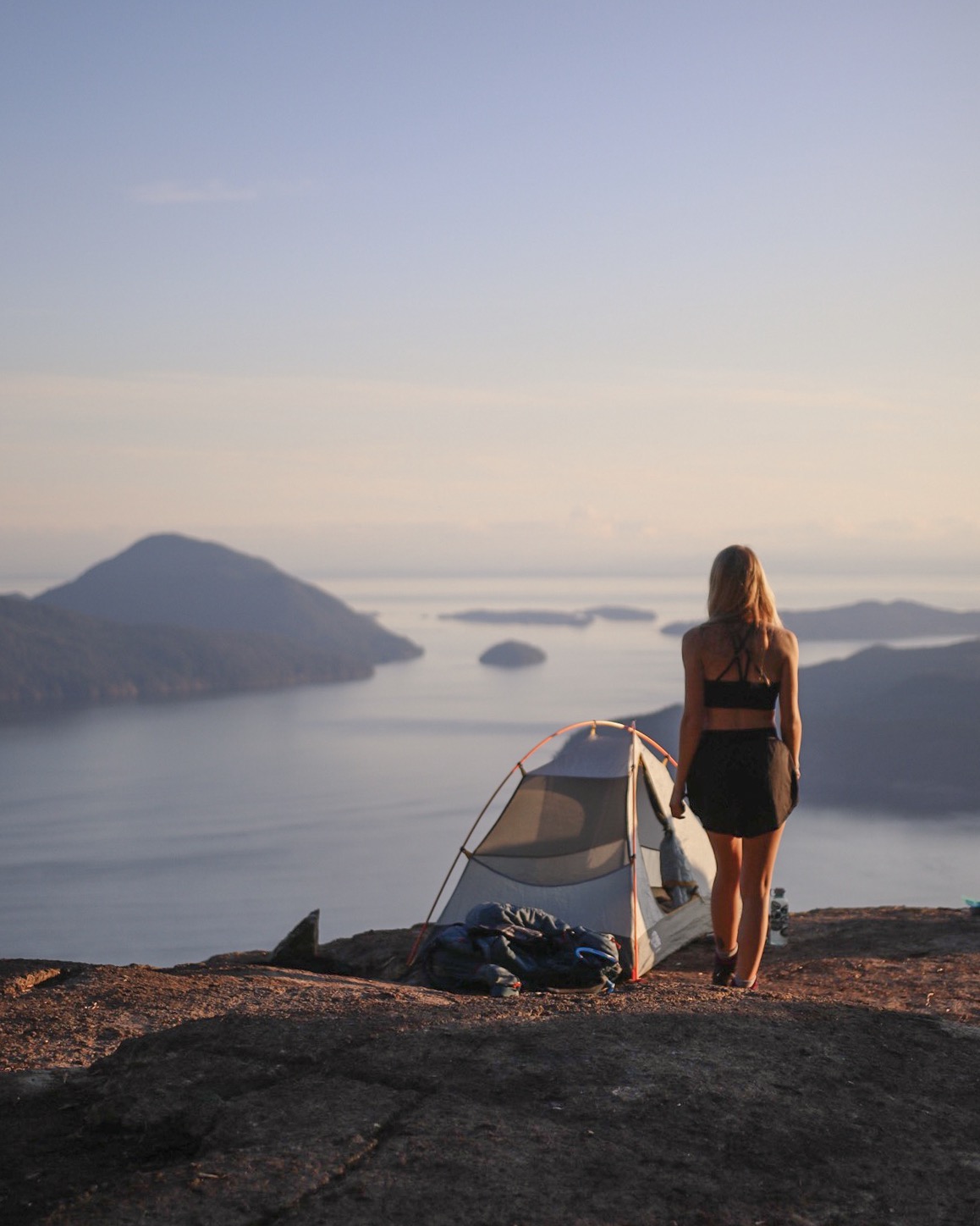 I had four more hours to go to reach the ferry dock to Juneau, Alaska. I had literally and figuratively come a long way. I was the type of person to never spend time alone. It took traveling thousands of miles solo for me to realize how invigorating it was to just be with myself. I learned to rise to the challenges I thought I was incapable of overcoming. The possibilities felt endless. 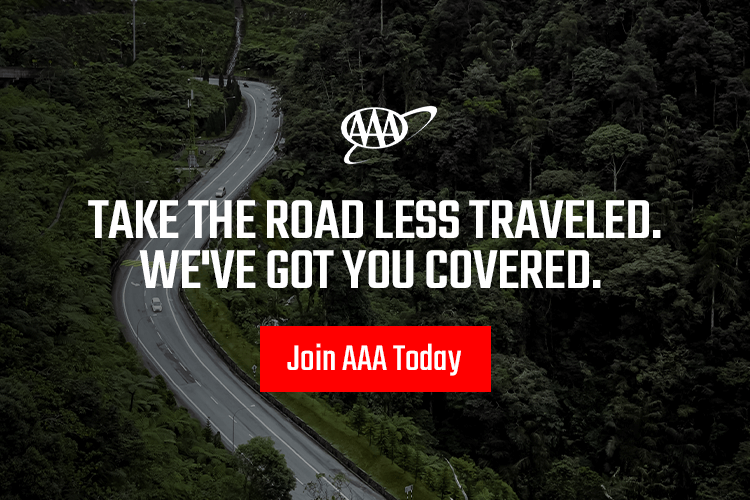 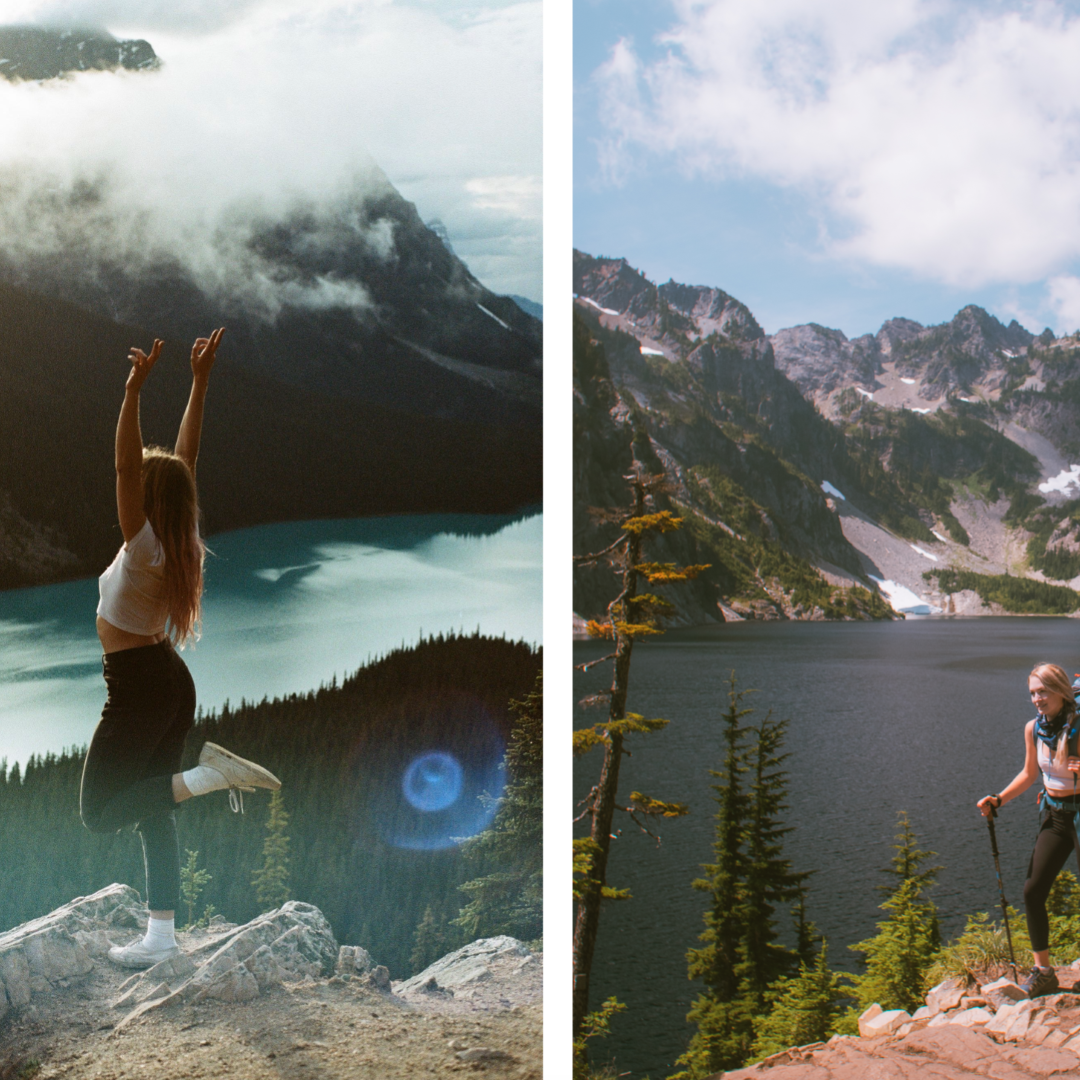 I stared out the window of the ferry to the fog hugging the mountains. A woman behind me excitedly pointed out the window as a whale surfaced. It felt like I had left my old self at that dock in Haines, Alaska. Every mishap and hiccup along the journey taught me more and more about myself. I smiled as I walked to the front of the ferry and gazed forward at the untamed beauty of Alaska and all of the exciting life to live ahead.

On the Road with Jack By Roman Marchuk 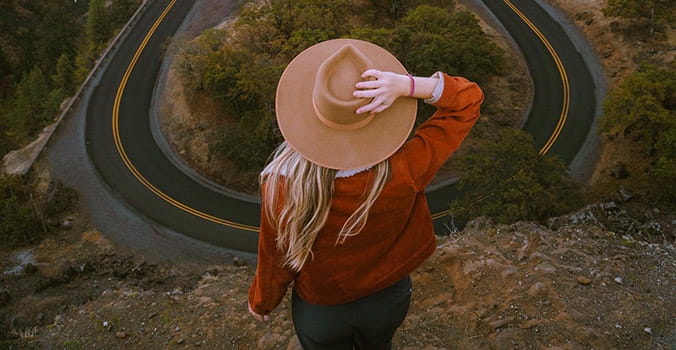 Westbound: The Road Trip That Changed My Life 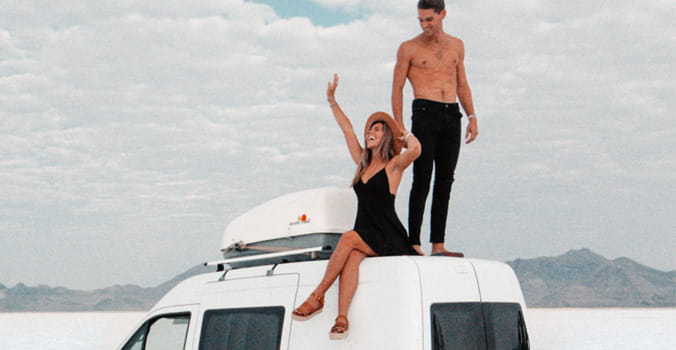 Van Life … the Most Popular Trend in America