Hamilton, NJ (October 26, 2016) – As excitement for Halloween builds, creative costumes and a bag full of goodies become top priorities, while safety, an afterthought.  Because excited trick-or-treaters often forget about safety, drivers, party-goers and parents must be even more alert, as the risk of being injured by moving vehicles increases greatly.

The National Highway Traffic Safety Administration (NHTSA) reports that Halloween is consistently one of the top three days for pedestrian injuries and fatalities, and the Centers for Disease Control and Prevention estimates that children are four times more likely to be struck by a motor vehicle on Halloween than any other day of the year.

“With an increased risk of pedestrian crashes on Halloween night, AAA urges parents to take the time to make trick-or-treaters and their costumes safer and more visible to motorists,” said Sue Madden, spokesperson for AAA Mid-Atlantic. “In addition, motorists should slow down and watch for children, as well as have a designated driver if drinking is part of a Halloween celebration.”

Halloween is also a statistically dangerous night for drunk driving. Although Halloween falls on a Monday this year, many parties will be held the weekend before. Drivers must also take into consideration that some neighborhoods have scheduled trick-or-treating for that weekend as well. The combination of drinking and increased pedestrian traffic on Halloween has been a deadly combination. 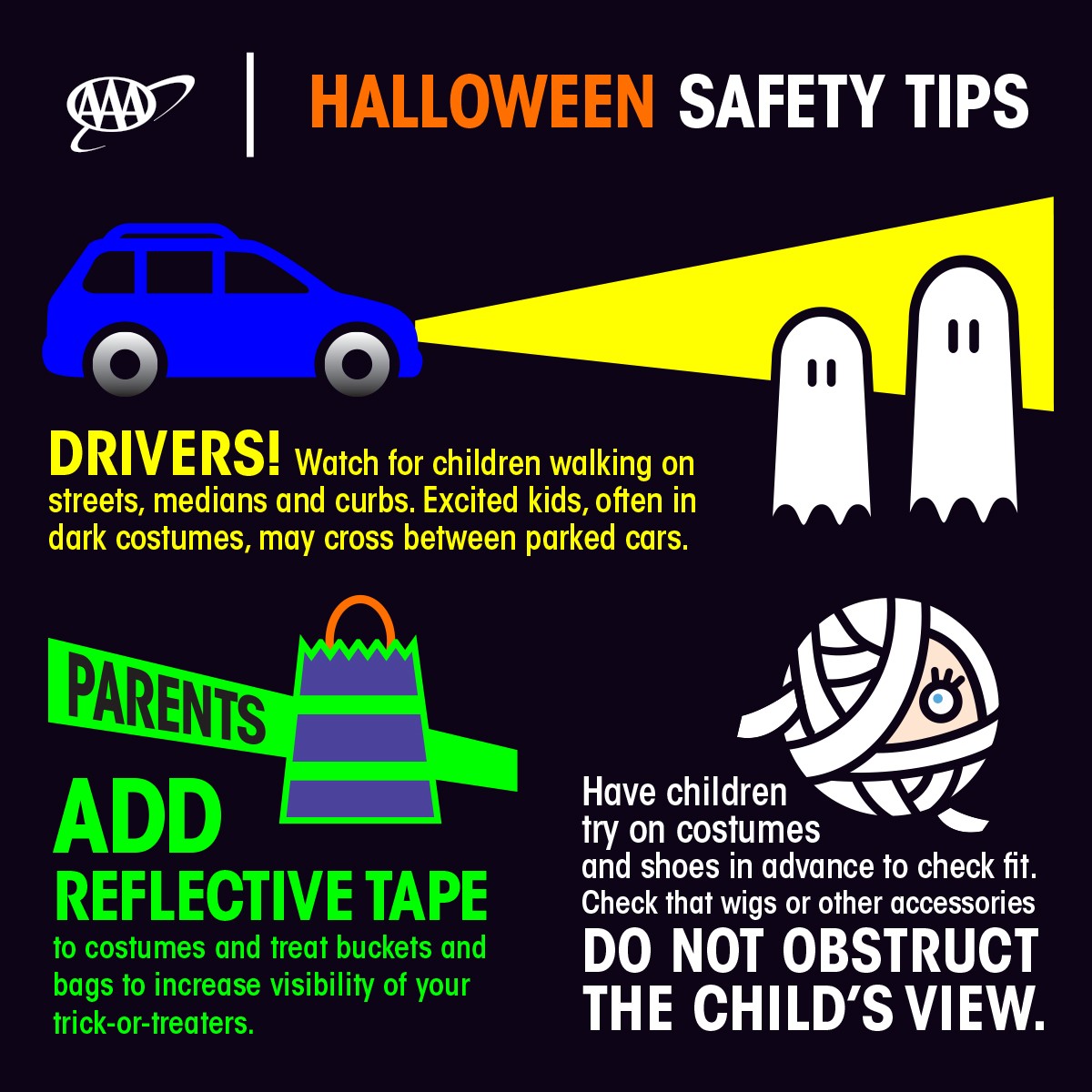 AAA provides automotive, travel and insurance services to 56 million members nationwide and nearly two million members in New Jersey.  AAA advocates for the safety and mobility of its members and has been committed to outstanding road service for more than 100 years.  The not-for-profit, fully tax-paying member organization works on behalf of motorists, who can now map a route, find local gas prices, discover discounts, book a hotel and track their roadside assistance service with the AAA Mobile app for iPhone, iPad and Android.  For more information, visit www.aaa.com.