As we head into motorcycle season, a new report indicates that motorcycle deaths across the country were down slightly in 2017 but, in Connecticut, the number of motorcyclists killed last year represents a higher than average percentage of the total number of traffic fatalities, compared to most other states.

The new report, by the Governor’s Highway Safety Association, indicates that, based on preliminary data, motorcycle deaths nationwide were down 5.6% in 2017 compared to 2016 – but in Connecticut, there was a drop of less than 2%.

“Motorcycle fatalities are a significant issue here in Connecticut, even more so than in most other states,” says Amy Parmenter, spokesperson for AAA in Greater Hartford. “There have been three fatalities just this past week”.

There have been more than 250 motorcyclists killed on Connecticut roadways in the past 5 years. 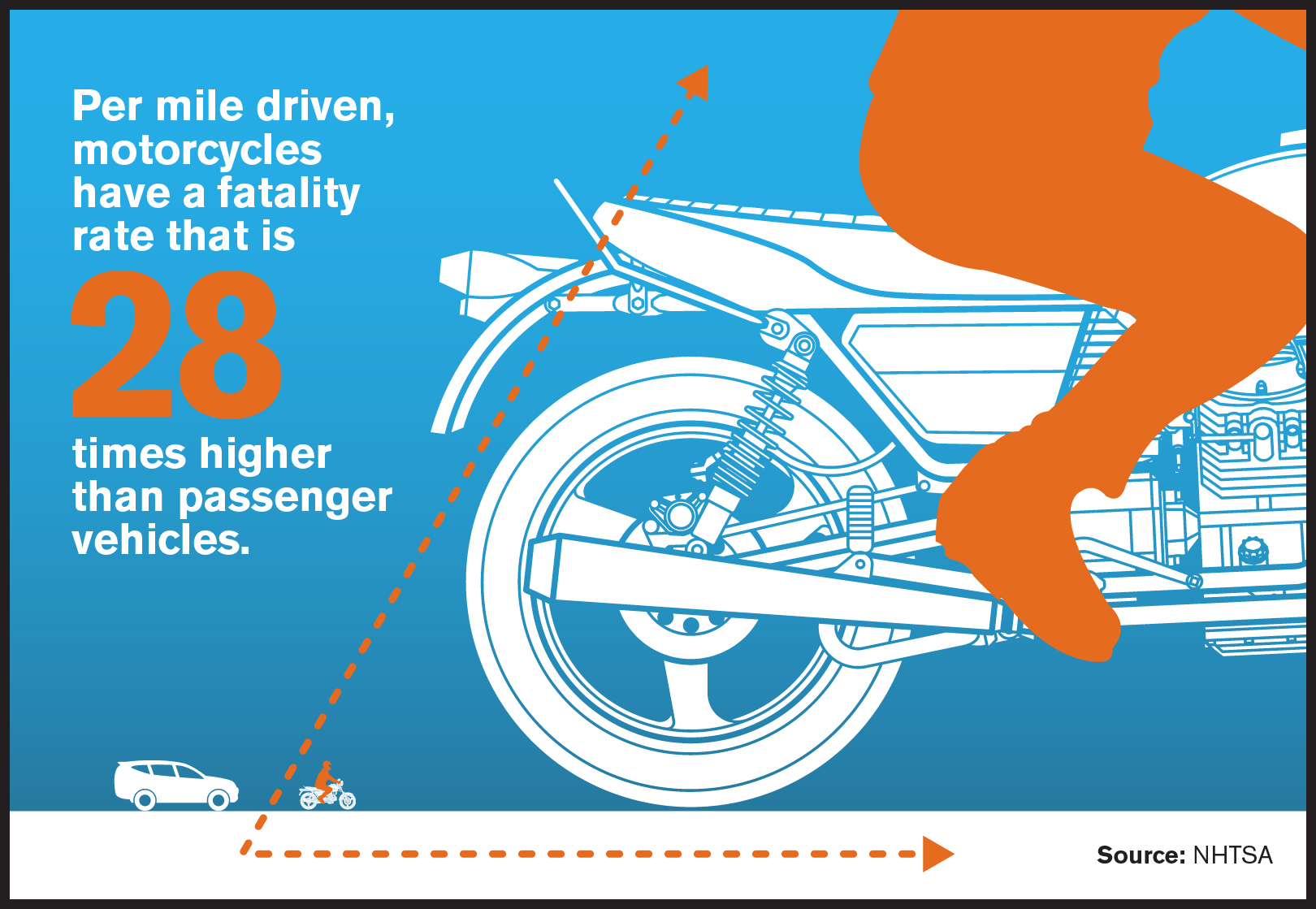 “There is no law in Connecticut requiring adult riders to wear a helmet but that statistic alone should be enough to encourage them to do so. Helmets save lives”, Parmenter adds.

May is National Motorcycle Safety Awareness Month. With that in mind, here are...

AAA Tips for Sharing the Road: