CINCINNATI, OH–Apple CarPlay and Google’s Android Auto are less distracting to drivers when compared to built-in vehicle infotainment systems designed by automakers, according to new research from the AAA Foundation for Traffic Safety.

While many of today’s infotainment systems create potentially unsafe levels of distraction by allowing drivers to perform complex tasks like programming navigation or sending a text, CarPlay and Android Auto were 24 percent (5 seconds) faster on average than the vehicle’s native system when making a call and 31 percent (15 seconds) faster when programming navigation. This difference is critical, as drivers who take their eyes off the road for more than two seconds double their risk of a crash.

AAA is encouraged by these findings, as they indicate that popular infotainment systems can be designed in a way that is less distracting. Distracted driving is responsible for more than 390,000 injuries and 3,500 deaths every year. 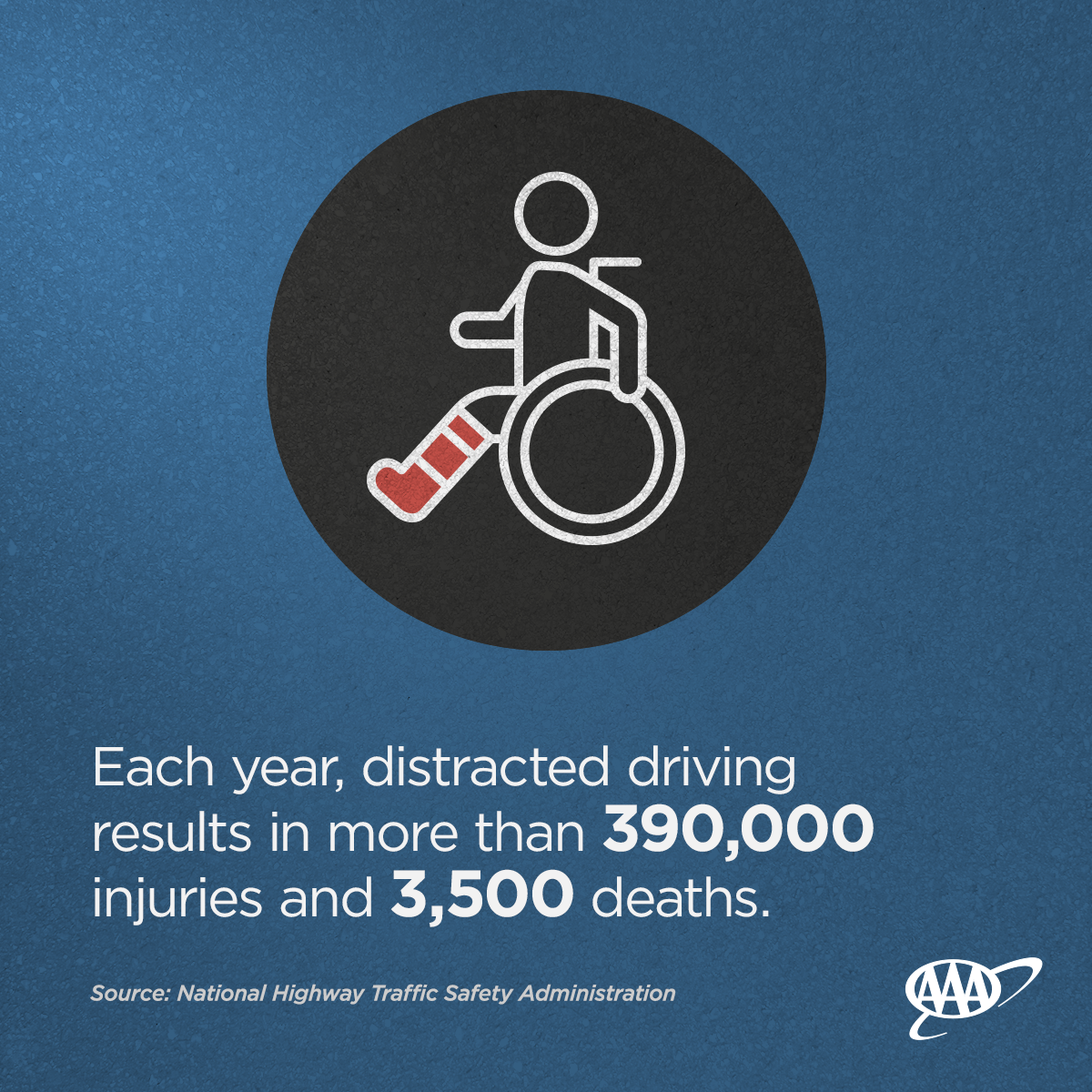 “Google and Apple are proving that it is possible to reduce the level of demand in-vehicle infotainment technology places on drivers,” said Dr. David Yang, executive director of the AAA Foundation for Traffic Safety. “While improvements are necessary before any of the systems can be considered safe to use while driving, this research shows that smartphone-based software has the potential to offer a simpler, more familiar design that is less confusing to drivers, and therefore less demanding.”

The AAA Foundation for Traffic Safety teamed with researchers from the University of Utah to evaluate five vehicles – 2017 and 2018 models - to determine the amount of visual and mental demand placed on drivers by CarPlay, Android Auto and each vehicle’s native infotainment system. While CarPlay and Android Auto can still create potentially unsafe levels of distraction and should not be used to perform complex tasks when behind the wheel, they decrease the demand placed on drivers compared to similar technologies offered by automakers.

Researchers found that CarPlay and Android Auto did not differ significantly from one another in the level of overall demand. A rating scale was used to measure the visual (eyes-off-road) demand, cognitive (mental) demand, and the time it took drivers to complete a task using the systems. The scale ranged from low to very high levels of demand. A low level of demand equates to listening to the radio or an audiobook, while very high demand equates to an industry standard that produces demand similar to balancing a checkbook while driving. Both CarPlay and Android Auto generated an overall moderate level of demand while the native vehicle systems created very high levels of demand for drivers. AAA recommends that industry strive to design in-vehicle technology systems that do not exceed a low level of demand.

“Automakers are experts at building safer cars, but Google and Apple are more skilled at building safer vehicle infotainment technology,” said Marshall Doney, AAA’s president and CEO. “By leveraging their strengths, the two industries must work together to significantly improve the design, functionality and safety of these technologies.”

AAA cautions that not all vehicles are created equal when examining the overall performance of CarPlay and Android Auto. The interface design of some vehicles’ native systems resulted in additional menus and text on vehicle touchscreen displays, which increases the overall workload on drivers. Each vehicle’s system also influenced what features were locked out while the vehicle was in motion when using Android Auto and CarPlay. For example, some vehicles allowed drivers to access their entire contact list when calling or texting, while others limited the number of contacts shown or completely blocked access - resulting in the smartphone-based systems performing differently across various vehicle models.

AAA urges drivers not to use in-vehicle infotainment technology to perform non-driving related tasks when behind the wheel to avoid driving while distracted. Even with Apple CarPlay and Android Auto requiring less overall demand and time to complete a task, drivers still took up to 33 seconds to complete a navigation task compared to 48 seconds for native systems. At 25 MPH, drivers can travel the length of three football fields during this time.

“Drivers must use common sense when it comes to technology inside the vehicle. Just because it is available, doesn’t make it safe to use,” said Jake Nelson, AAA director of traffic safety and advocacy. “Smartphone companies and automakers must collaborate to reduce the potential for distraction that technology places on drivers. The airline industry doesn't compete on safety, and neither should automakers. Motorists deserve better.”

Locking out high-demand functions such as programming navigation and text messaging can significantly reduce the level of demand created by in-vehicle infotainment technology, a step recommended by the National Highway Traffic Safety Administration. Since the vehicle’s software influences which features are locked out, it is important that automakers and software designers work together to improve the safety of in-vehicle infotainment technology.

“AAA is sharing this new research with automakers and system designers to help advance the dialogue about ways to improve the functionality and design of new infotainment systems and the demand they place on drivers,” continued Doney. “By working together to leverage the design benefits of CarPlay and Android Auto, and addressing the issues that prevent the software from effectively interacting with a vehicle’s system, automakers and smartphone companies can improve the driving experience and limit distraction on the road.”

Expanding on research released in October 2017, AAA also evaluated distraction levels caused by built-in (native) infotainment systems in 10 new 2017/2018 vehicles. A total of 76 drivers ages 21-35 participated in the study of these additional vehicles. Research found that none of the 10 vehicle infotainment systems produced low demand, while six systems generated high or very high levels of demand on drivers:

The latest report is the sixth phase of distraction research from AAA’s Center for Driving Safety and Technology. The Center was created in 2013 with the goal of studying the safety implications of how drivers interact with new vehicle technologies when behind the wheel. Visit AAA.com/distraction to learn more.

AAA provides automotive, travel and insurance services to 58 million members nationwide and more than three million members in Ohio.  AAA advocates for the safety and mobility of its members and has been committed to outstanding road service for more than 100 years.  AAA is a non-stock, non-profit corporation working on behalf of motorists, who can now map a route, find local gas prices, discover discounts, book a hotel and track their roadside assistance service with the AAA Mobile app for iPhone, iPad and Android.  For more information, visit www.AAA.com.