(HARTFORD, CT) - March 8, 2019 - This weekend we “spring forward” sacrificing an hour of sleep for extended daylight hours that can be enjoyed throughout the summer and into early November. Daylight Saving Time officially begins at 2:00 a.m. Sunday, March 10, and while changing the clocks might be a welcomed step toward spring, AAA says the transition puts both drivers and pedestrians at greater risk.

“There are two factors contributing to an increased risk following Daylight Saving Time - drowsiness and darkness,” says Amy Parmenter, spokesperson for AAA in Greater Hartford. “It’s important that both drivers and pedestrians be aware of both.” 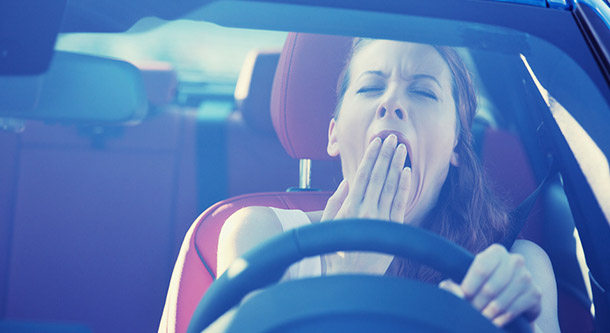 The AAA Foundation for Traffic Safety recently released the most in-depth drowsy driving research ever conducted in the U.S, using footage of everyday drivers, which found drowsy driving is a factor in about 10 percent of all crashes – that is eight times higher than previous federal estimates.

“AAA warns that drivers who miss just one or two hours of the recommended seven hours of sleep in a 24-hour period nearly double their risk for a crash,” advised Arnette.

The Centers for Disease Control and Prevention says that 35 percent of U.S. drivers sleep less than the recommended minimum of seven hours daily. In a recent related AAA Foundation survey, nearly all drivers (96 percent) say they view drowsy driving as a serious threat to their safety and a completely unacceptable behavior. However, 29 percent admitted to driving when they were so tired they had a hard time keeping their eyes open.

The other issue increasing risk with the time change is darkness.

The Monday morning commute, and the morning commute for several weeks to come, will be much darker than what drivers are used to, a serious concern because 75 percent of pedestrian fatalities happen when it’s dark, according to the latest findings from the Governor’s Highway Safety Association (GHSA).

Nationwide, “the GHSA projects that 6,227 pedestrian fatalities occurred in 2018, the highest number in nearly three decades.”

Here in Connecticut, according to UConn Crash Data, there have been an average of 59 pedestrians killed every year for the past three years - and most of those fatal crashes occurred after dark.