TOLEDO, OH (February 27, 2019) – Americans spend an additional 20 minutes driving each week compared to 2014, according to new research from the AAA Foundation for Traffic Safety.

Over the course of 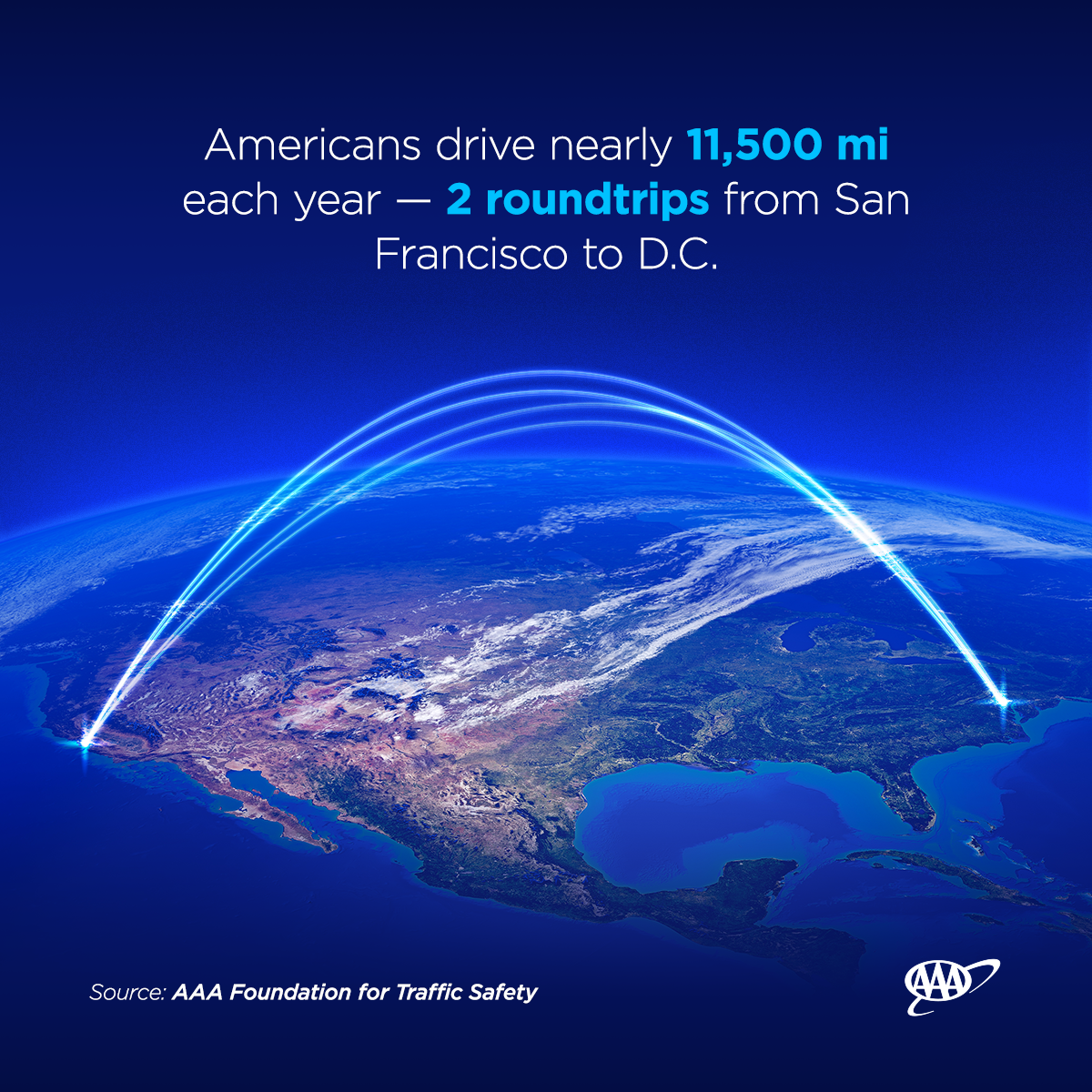 the year, Americans collectively spent 70 billion hours behind the wheel - an eight percent increase since 2014. Each week, drivers travel more than 220 miles. Add it up and Americans drive an average of 11,498 miles each year- the equivalent of making two roundtrip drives from San Francisco to Washington, D.C.