National Gas Price Average Back to $2 a Gallon

June 8, 2020 - - For 66 days, the national gas price average held below the $2-a-gallon mark, pushing as cheap as $1.76. In the past week, the average has inched up to $2.03. Despite the consistent increases at the pump, prices are still significantly cheaper year-over-year. In fact, during the first week of June the past five years, gas prices have typically averaged $2.81.

“We haven’t seen gas prices this low at the beginning of June since 2004,” said Leslie Gamble, AAA Oklahoma spokesperson. “As crude oil prices trend higher and gasoline demand increases, Americans will see gas prices push more expensive, but this summer will be cheaper than last.”

At the end of last week, crude prices increased amid market optimism that the Organization of the Petroleum Exporting Countries (OPEC) and other major crude exporters, including Russia, would extend their 9.7 million b/d production reduction agreement for May and June 2020 into July. Over the weekend, the cartel and its partners agreed to extend the deal for July, which is expected to reduce global crude supplies by nearly 10 percent while global crude oil demand remains low due to COVID-19. Crude prices will likely increase this week in reaction to OPEC’s announcement.

Additionally, approximately one third of crude oil and natural gas production in the Gulf of Mexico has been halted, as Tropical Depression Cristobal makes landfall in Louisiana. The storm is expected to bring tropical-storm force winds and potential storm surge and flooding to the state’s coastal areas. There is no estimate for when the facilities will resume operations. Facilities will likely be inspected after the storm has passed to determine if personnel can return safely. Any impact on domestic crude prices will depend on how long production remains shuttered and the extent of damage caused by the storm. 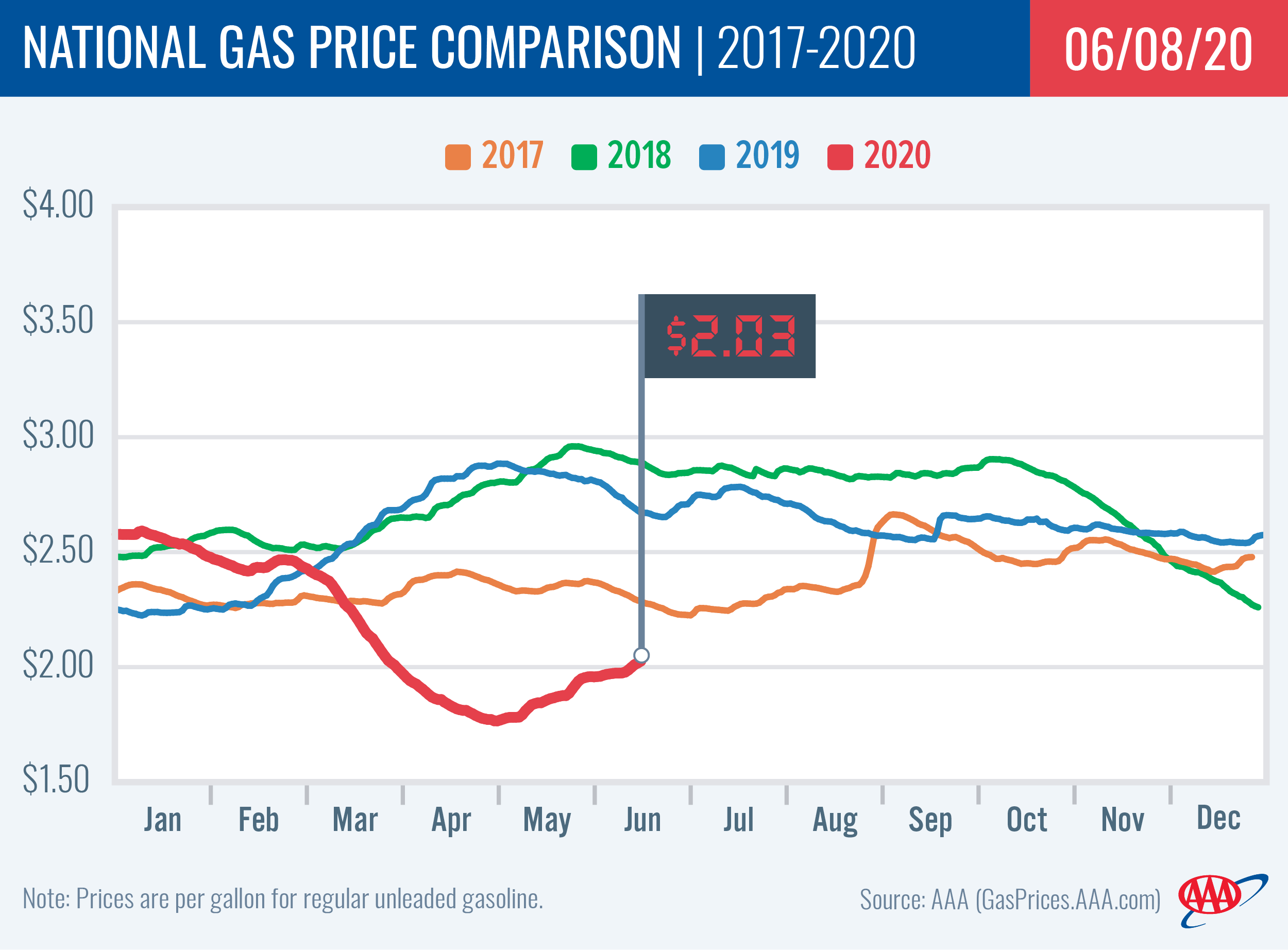