Oklahomans are paying on average $2.87 a gallon, the ninth lowest price in the nation. This is nearly a dollar a gallon more than during the pandemic one year ago.

The price of crude oil, which fluctuated last week following OPEC’s failure to reach an agreement on production increases, continues to be a dominant factor in determining how high prices will go this summer. Last week ended with higher crude prices than the start, though still under $75/bbl. AAA believes those prices have the potential to increase this week, which will only lead to more expensive pump prices, especially amid robust demand.

“Peak summer driving season is in full-swing as Americans hit the road to explore and gas prices are not backing down,” said Leslie Gamble, AAA Oklahoma spokesperson. “Motorists are paying, on average, nearly a dollar more a gallon than last summer to fill up and close to 40 cents more than in 2019.”

On the week, about 25 state averages increased by at least two cents with a few seeing a jump of nine cents or more. State averages range from as low as $2.76 in Mississippi to as expensive as $4.31 in California.

As pump prices continue to increase, AAA members can save at the pump by joining the Fuel Rewards at Shell program at AAA.com/Shell. Members save 30 cents per gallon on their first fill-up when they join between now and August 31, 2021. As part of the Fuel Rewards program, AAA Members earn Gold Status ongoing and save five cents per gallon every day on each individual gas purchase of up to 20 gallons from participating Shell stations with no minimum fill ups. 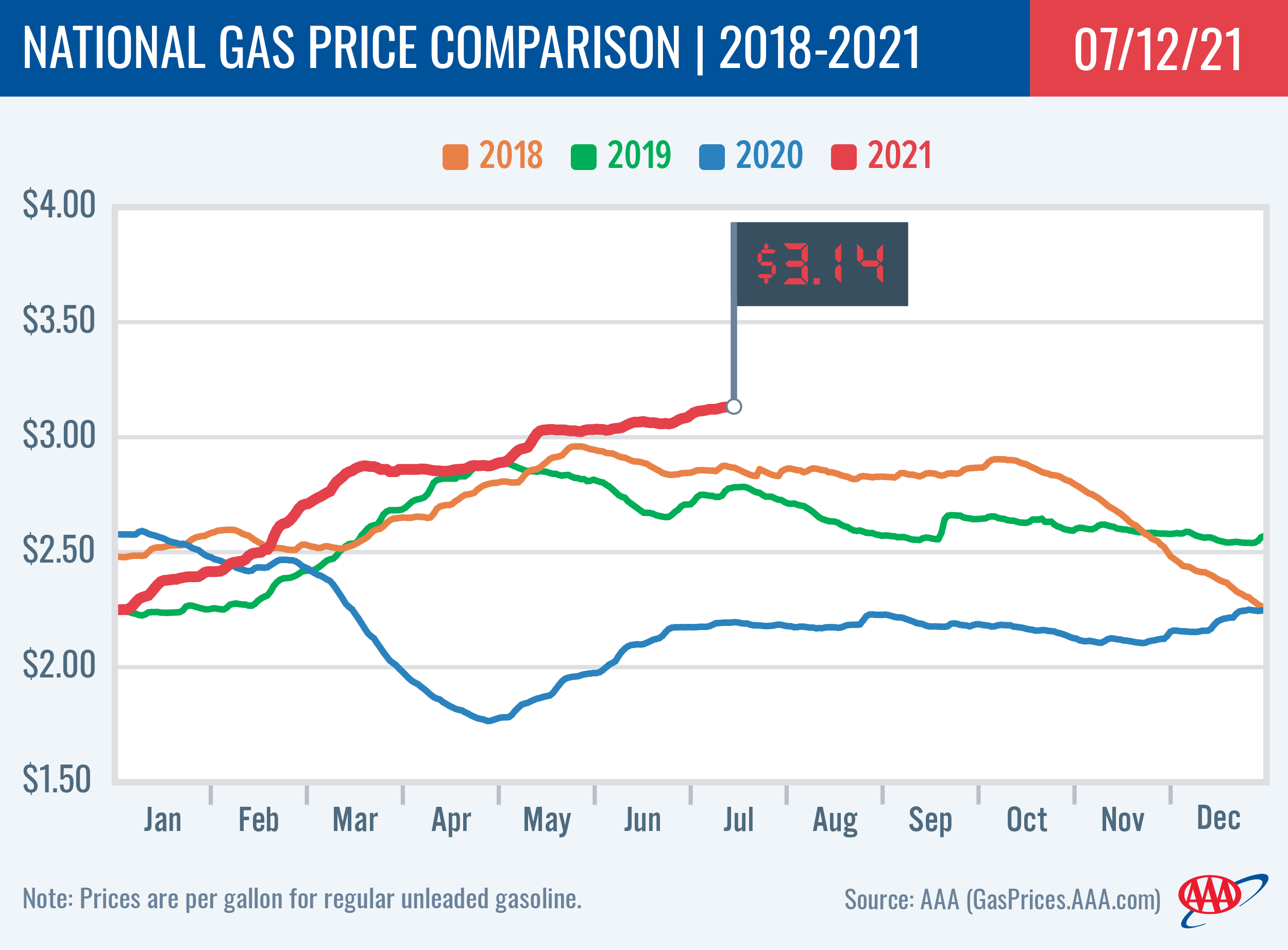 At the close of Friday’s formal trading session, WTI increased by $1.62 cents to settle at $74.56. Crude prices declined early last week due to a stronger dollar and market concerns about excess crude supply. However, prices increased following the release of EIA’s report that showed total domestic crude inventories decreased by 6.9 million bbl to 445.5 million bbl. If EIA’s next weekly report shows another decline in total domestic crude inventories, prices could climb further this week.