TOLEDO, OH - Travel is a top priority this Thanksgiving for many Americans, as a growing number are expected to kick off the holiday season with a road trip or air travel. AAA estimates nearly 2.3 million Ohioans will travel—3 percent more than the previous year. More than 2 million Ohioans are expected to travel by car, nearly 195,000 by plane and another 58,000 will travel by other means, including rail. This will be the second-highest Thanksgiving travel volume since AAA began tracking in 2000, trailing only the record-setting 58.6 million traveling in 2005. The Thanksgiving holiday travel period is defined as Wednesday, Nov. 27 to Sunday, Dec. 1. 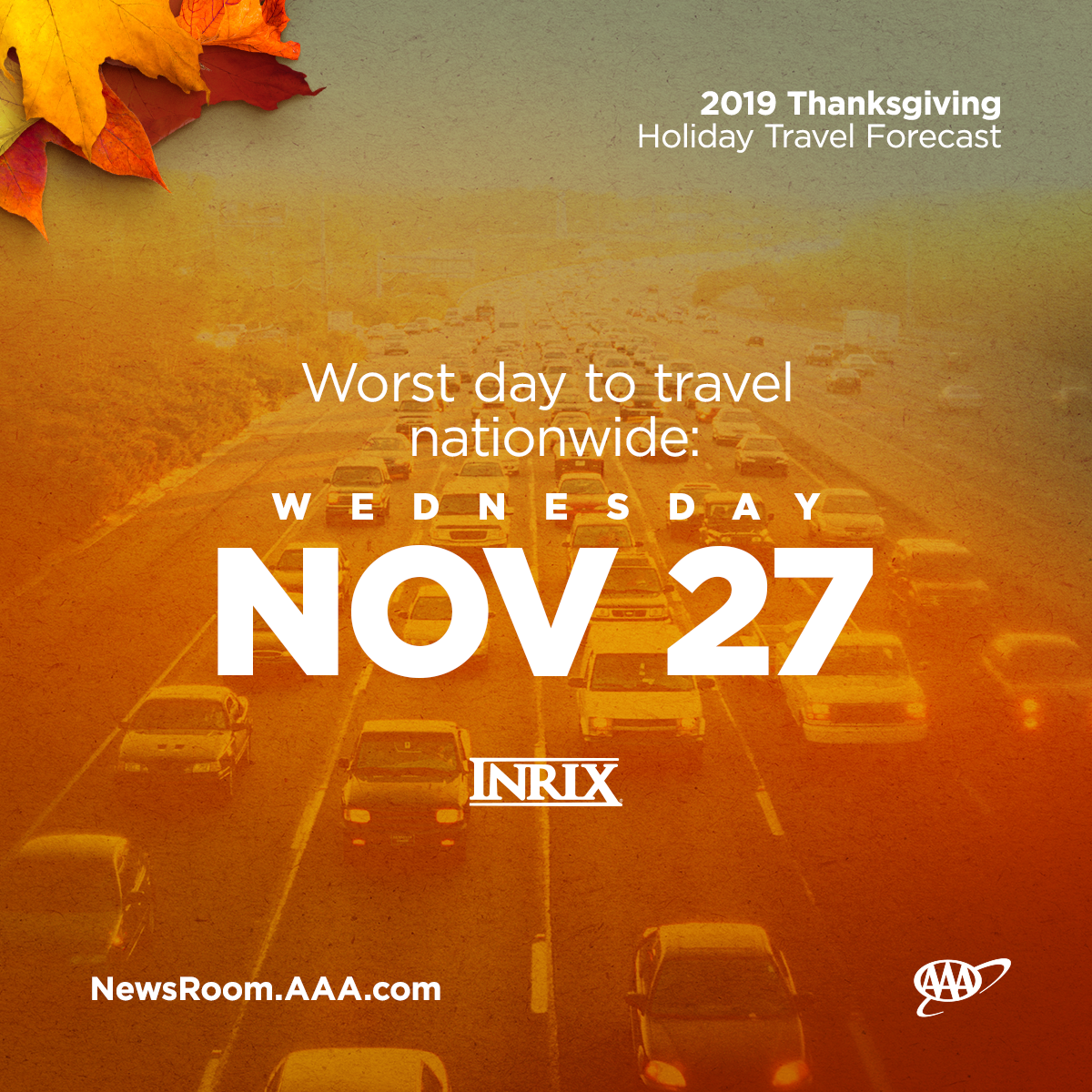 As usual, the I-71 corridor in Columbus is expected to be a ‘hotspot’ motorists might want to avoid, if possible. Other hotspots include Detroit’s I-94 and I-75, and Indianapolis’ I-475. INRIX, a global transportation analytics company, expects the three days leading up to Thanksgiving—Nov. 25-27—to be the worst times to travel due to congested roadways. The worst travel day is expected to be Wednesday, Nov. 27, with trips taking as much as four times longer than normal in major metros.

Nationally, more than 55 million Americans are expected to travel 50 miles or more away from home this Thanksgiving. An additional 1.6 million more will travel compared to last year, a 2.9 percent increase.

By the numbers: 2019 Thanksgiving travel forecast

Gas prices have been fluctuating as of late, but are currently cheaper than the national average at this time last year. The savings are giving Americans a little extra money to spend on travel and motivating millions to take road trips. For the majority of motorists, AAA expects gas prices to be fairly similar to last year's Thanksgiving holiday, which averaged $2.57.

“Consumers have a lot to be thankful for this holiday season: higher wages, more disposable income and rising levels of household wealth,” said Kara Hitchens, AAA spokesperson. “This is translating into more travelers kicking off the holiday season with a Thanksgiving getaway.”

Those planning to travel on the Ohio Turnpike, can save time and money by using the E-ZPass program. Drivers can visit one of six AAA locations across Northwest Ohio to purchase an E-ZPass Transponder. Travelers can save an average of 30 percent on their Ohio Turnpike toll with E-ZPass.

While travelers will find lower gas prices, holiday road trippers should budget more for a rental car this year, which have reached their highest prices on record for the Thanksgiving holiday (since 1999), at $75 per day. Travelers will also pay a bit more at AAA Two Diamond hotels, where prices are 1 percent more than last year, or $125 per night. Conversely, the average rate for AAA Three Diamond hotels has fallen 5 percent to an average nightly cost of $158.

For those takings to the skies, a recent analysis of AAA’s flight booking data from the last three years revealed that flying the Monday before the Thanksgiving travel rush has the lowest average ticket price ($486) prior to the holiday and is a lighter travel day than later in the week. Travelers can also save by traveling on Thanksgiving Day, which has the week’s lowest average price per ticket ($454).

Nothing worse than Wednesday: Times NOT to be on the road

While travel congestion is expected to peak on Wednesday, INRIX, in collaboration with AAA, predicts major delays throughout the week. “With record levels of travelers, and persistent population growth in the country’s major metropolitan areas, drivers must prepare for major delays,” said Trevor Reed, transportation analyst at INRIX. “Although travel times will peak on Wednesday afternoon nationally, travelers should expect much heavier than normal congestion throughout the week.”

With so many taking to the roadways, AAA reminds motorists to avoid distractions, never drive impaired and slow down and move over for roadside emergency vehicles. 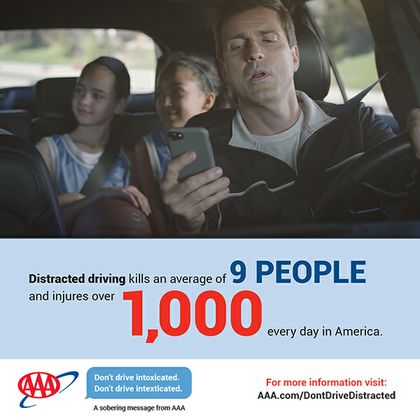 Distracted driving kills an average of nine people and injures 1,000 each day, according to the National Highway Traffic Safety Administration (NHTSA). It is the third leading driver-related cause of crash fatalities behind speeding and driving under the influence. These numbers likely underestimate the problem because most drivers involved in a crash do not admit to driving distracted.

The combination of holiday celebrations and increased numbers hitting the roadways can result in a deadly combination during the holidays. AAA reminds motorists never to drive impaired and arrange for a safe ride before celebrating with alcoholic beverages. During the Thanksgiving holiday in 2018, there were 175 OVI-related crashes in Ohio with two fatalities.

Slow down, move over

One of the results of distracted driving is an increased risk to emergency and rescue vehicles working roadside. Traffic-related incidents continue to be one of the leading causes of death among on-duty law enforcement officers, according to NHTSA. But those risks extend to others as well, including AAA’s roadside rescue team and other emergency and public safety vehicles.

AAA tow operators respond to more than 30 million calls for help each year, working on roadside shoulders that are frequently no wider than four feet. An average of 23 tow operators are killed at the roadside every year, with one service provider on average being killed on the job at the roadside every other week. A contributing factor to this tragic statistic is that fewer than 30 percent of Americans even know about move over laws.

Given these startling statistics, AAA is recommitting its efforts to increase awareness of and support for Slow Down, Move Over laws. These laws, which are in place in all 50 states, are aimed at protecting emergency responders working along the roadside, requiring motorists to slow down and move over or change lanes, if possible, to give safe clearance. AAA reminds Thanksgiving travelers hitting the highway to be on alert for tow operators, emergency vehicles and others working at the roadside.

AAA’s projections are based on economic forecasting and research by IHS Markit, a London-based business information provider. For the purposes of this forecast, the Thanksgiving holiday travel period is defined as the five-day period from Wednesday, Nov. 26 to Sunday, Dec. 1.

About INRIX:
INRIX is the global leader in connected car services and transportation analytics. Leveraging big data and the cloud, INRIX delivers comprehensive services and solutions to help move people, cities and businesses forward. Our partners are automakers, governments, mobile operators, developers, advertisers, as well as enterprises large and small.