WASHINGTON, D. C. (Wednesday, November 27, 2019) –– Earlier this month, a local tow truck driver was struck and killed by a hit-and-run driver who fled the scene of the crime in Prince George’s County. With the flashing yellow lights on his tow truck on, roadside rescuer, David Reinerio Pineda Alvarez, was assisting a local AAA member stranded on the shoulder of the road. Although the Maryland State Police subsequently located the vehicle involved in the fatal hit-and-run crash that claimed the life of the tow truck driver, the suspect still has not been apprehended yet. The Maryland State Police and AAA Mid-Atlantic both warn this “tragedy also highlights the importance of motorists to adhere to Maryland’s ‘Move Over’ Laws.”

A contributing factor to this tragic statistic is that fewer than 30% of Americans even know about move over laws enacted in all 50 states, including Virginia, and the District. The tragic story, which garnered national and international headlines, occurs dozens of times across country each year, as tow truck drivers and tower workers are killed, injured or maimed on the job. Yet the high death and injury rates among tow truck workers are “largely overlooked,” some traffic safety advocates say.

Whenever and wherever AAA members are in need, the men and women of AAA Emergency Roadside Assistance put their lives on the line to rescue them. It happens around the clock. Over the Thanksgiving holiday weekend, AAA roadside heroes will rescue nearly 8,100 stranded motorists in Maryland. Seemingly ubiquitous, they will also assist 5,100 motorists in Virginia, and they will come to the aid of around 1,000 motorists in the District. Emergency roadside assistance is synonymous with AAA, and it is at the core of its traffic safety mission.

“Anytime and anyplace first responders and tow workers are rescuing someone on the roadside, all motorists approaching the scene can be altruistic too. By moving over and away from the incident or slowing down significantly, they can help save the lives and limbs of others,” said John B. Townsend II, AAA Mid-Atlantic’s Manager of Public and Government Affairs. “Whether this is a police officer, ambulance, fire truck or someone is fixing a tire or working on a tow, move away and change lanes to create safe space around them. Their lives are on your shoulders. Everyone can be a ‘Good Samaritan’ simply by slowing down and moving over for emergency vehicles.”

Approximately 368,000 motorists nationwide will be rescued by AAA roadside rescuers during busy Thanksgiving holiday travel period. Those who brave these conditions to rescue AAA members are the heart of our company, but working along busy roads is dangerous work. AAA tow operators respond to more than 30 million calls for help each year, working on roadside shoulders that are frequently no wider than four feet. An average of 23 tow operators are killed at the roadside every year, with one service provider on average being killed on the job at the roadside every other week. Unfortunately, almost three out of every ten motorists aren’t aware of the “Move Over” laws on the books. That figure stood at “71% of Americans” back in 2007.

“Given these startling statistics, AAA is recommitting its efforts to increase awareness of and support for “Slow down Move Over” laws. These laws, which are in place in all 50 states are aimed at protecting emergency responders working along the roadside, requiring motorists to slow down and move over or change lanes, if possible, to give safe clearance,” said Bruce Jenkins, Manager, AAA Mid-Atlantic Emergency Roadside Assistance Fleet Depot. 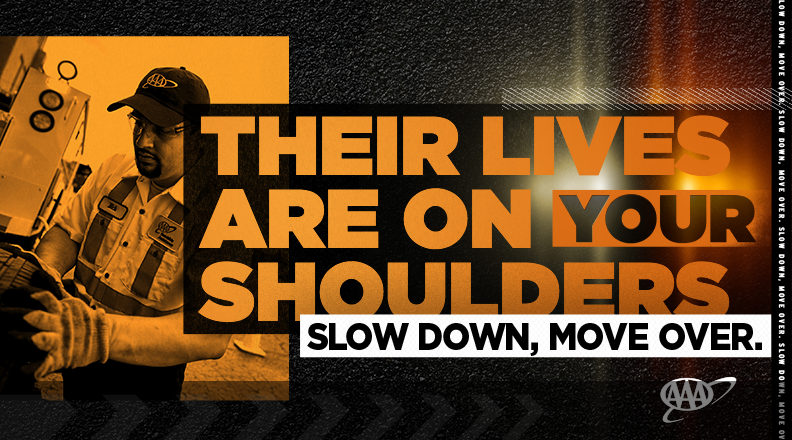 The tragic incident involving the tow truck driver rescuing an AAA member unfolded shortly after 10:30 p.m. on Wednesday, November 6, 2019 on southbound Branch Avenue and Coventry Way in Temple Hills. “Pineda Alvarez, a 63-year-old tow truck operator, had arrived on the scene to assist with a vehicle that had a flat tire and was located on the shoulder of the road,” explains the Maryland State Police. About 11% of all crashes reported to the police involve at least one driver fleeing the scene. “A hit-and-run crash occurs every 43 seconds somewhere in the United States,” warns the AAA Foundation for Traffic Safety.

Last fall, representatives from Maryland State Police and the Maryland Department of Transportation joined AAA and other officials and traffic safety advocates to announce the expansion of Maryland’s Slow Down, Move Over law. Under Virginia’s “Move Over” law, drivers are required “to yield right-of-way or reduce speed when approaching stationary vehicles, including a tow truck that is displaying certain warning lights on highways,” explains AAA’s Digest of Motor Laws.

Of note, Washington, D.C.’s “slow down, move over law” was enacted as part of the rulemaking process on January 4, 2019. Failing to move over or proceed with due caution with an authorized emergency vehicle is stopped on the side of the road in the District is six points, while failure to proceed with due caution when approaching an incident in the roadway is three points. To protect emergency responders and roadside workers, AAA offers these precautionary tips:

Slow Down, Move Over laws are designed to save the lives of our police officers, emergency response workers, tow truck operators, and with the expanded laws in Maryland and Virginia, public service workers, by providing an extra barrier of safety for them as they work along the side of the road. Roadside workers face dangers on the job daily and distinctly illustrates why Slow Down, Move Over laws are critical to safety. The next time you see an emergency responder or service vehicle at the roadside, slow down and move over. For more information visit: aaa.com/slowdownmoveover.

AAA provides automotive, travel and insurance services to 60 million members nationwide and nearly 82,000 members in the District of Columbia.  AAA advocates for the safety and mobility of its members and has been committed to outstanding road service for more than 100 years.  The not-for-profit, fully tax-paying member organization works on behalf of motorists, who can now map a route, find local gas prices, discover discounts, book a hotel and track their roadside assistance service with the AAA Mobile app for iPhone, iPad and Android. For more information, visit  http://aaa.com