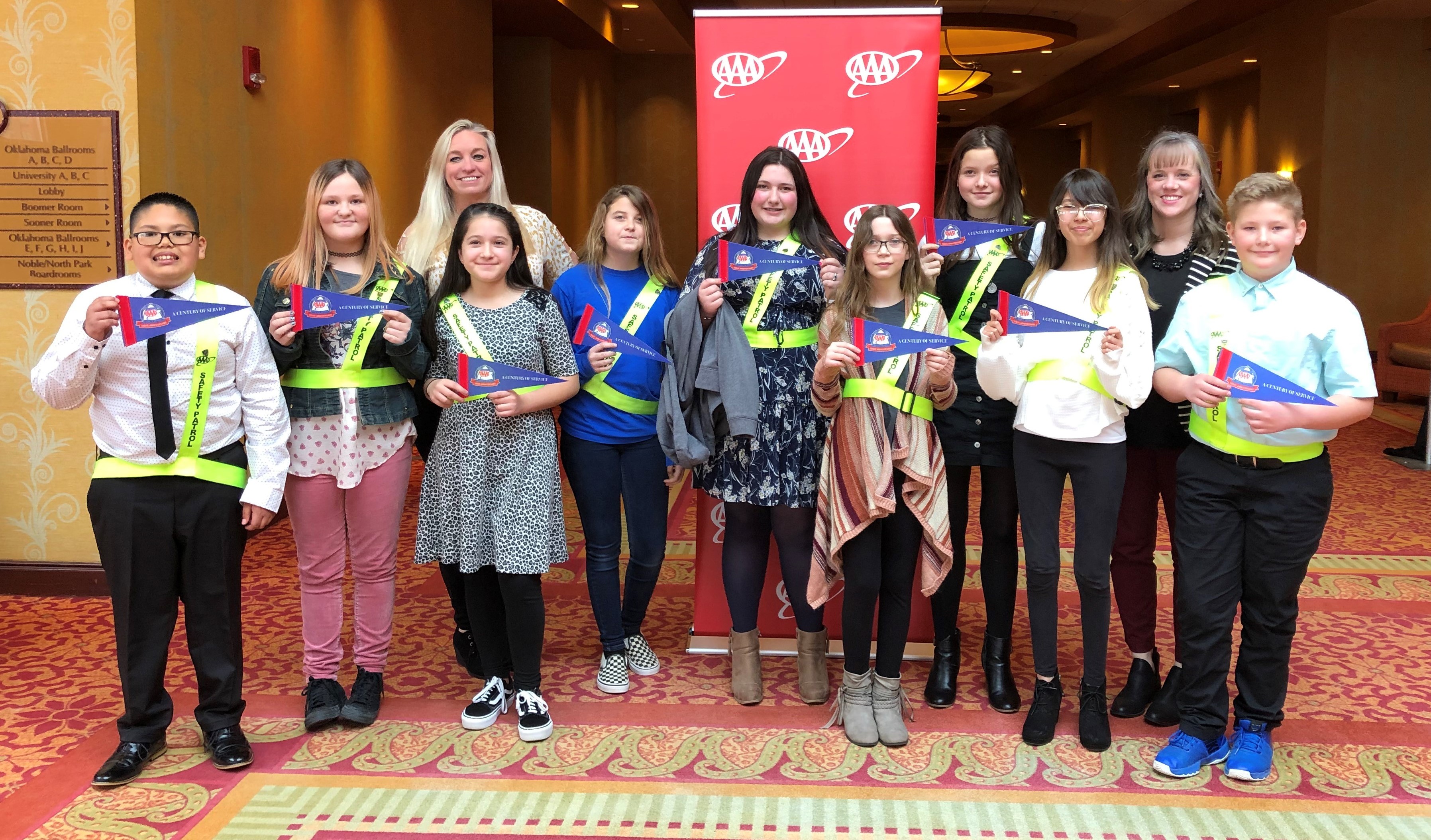 Cutline: AAA School Safety Patrollers and their advisor/teachers from Moore’s Sky Ranch Elementary were honored in celebration of the 100th anniversary of the free traffic safety leadership program.

Currently, 76 Oklahoma elementary schools participate in the program which includes more than 679,000 patrollers in 35,000 schools across North America and 30 countries.

Millions of U.S. boys and girls have honorably served their classmates since the program began. Many - including some attending the awards luncheon - have been inspired to pursue careers in law enforcement and safety as a result of their involvement as youngsters in AAA’s School Safety Patrol. 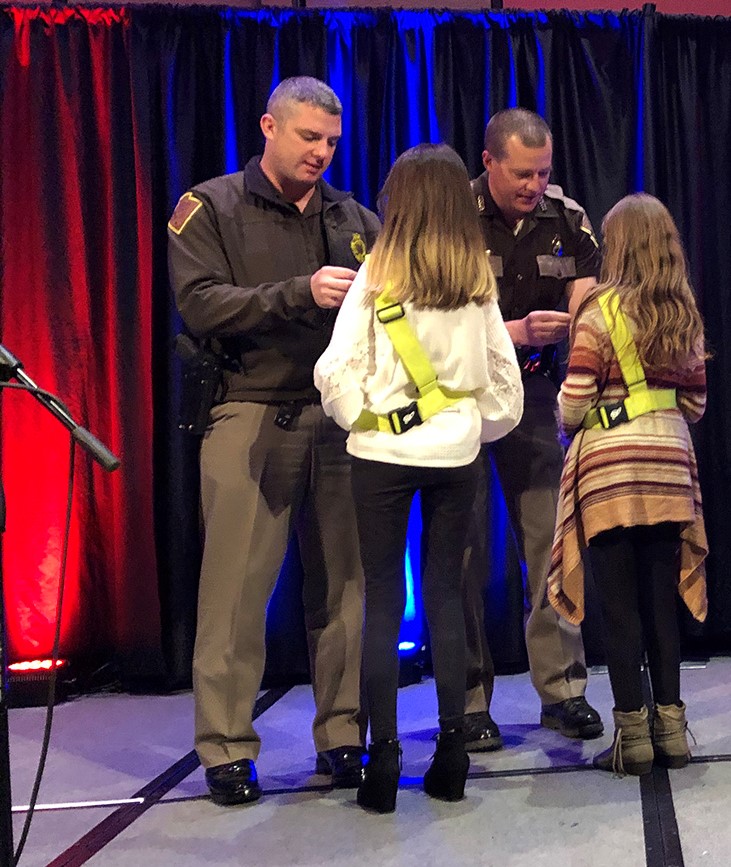 The idea began in 1920 when Charles M. Hayes, then president of the Chicago Motor Club, built the infrastructure and provided the resources so other AAA clubs across the U.S. could protect school-aged children walking to and from school. Hayes had witnessed several children at a school crossing get killed by a speeding car. After the horrific incident, Hayes pledged to help prevent such a tragedy from happening again. Patrollers receive traffic safety training designed to keep children safer on their way to and from school and within school buildings.

To commemorate the 100th Anniversary of the AAA School Safety Patrol in 2020, AAA is seeking former Patrollers from all walks of life who are willing to share their memories and stories.  Contact AAA or go to “Share Your Story” at AAA.com/SafetyPatrol.  Elementary schools interested in beginning a AAA School Safety Patrol program in Oklahoma may contact Mark Madeja at mark.madeja@aaaok.org or call (918) 935-9318.