Menu
BACK TO SEARCH 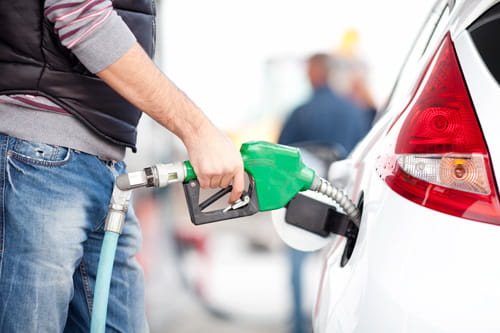 LEXINGTON, Ky. — After leading the country with the largest week-over-week rise in average gas price, Kentuckians have seen the average gas price decline. The average price for a gallon of regular unleaded in the Commonwealth dropped 12 cents week over week to land at $2.41. That’s 5 cents higher than a month ago, but still 33 cents less than a year ago.

Lexington’s average gas price jumped a quarter immediately following attacks on two Saudi Arabian oil facilities in mid-September, but average prices in the city have now dropped to $2.36 compared with $2.53 just a week ago.

While the national average may have only decreased by 2 cents on the week, 10 states saw pump prices decline by a nickel or more. Today’s national gas price average of $2.65 is 7 cents more expensive than last month, but 23 cents cheaper than a year ago.

“Crude oil prices have dropped close to where they were right before the drone attacks on the Saudi oil facilities,” said Lori Weaver Hawkins, public and government affairs, AAA Blue Grass. “This is helping to push gas prices cheaper in most of the country. Americans can expect this trend to continue, except for those filling-up on the West Coast, where refinery disruptions are causing spikes at the pump, with California seeing the largest spike at plus 28 cents.”

Quick stats across the nation

Central U.S. prices are down at the pump
Motorists in the Great Lakes and Central States saw some of the largest pump price drops on the week with Ohio (-15 cents), Michigan (-12 cents), Kentucky (-12 cents), Illinois (-9 cents), Indiana (-7 cents), Iowa (-7 cents) and Minnesota (-6 cents) all landing on the top 10 list for largest weekly declines. All states in the region saw prices decline by at least two cents since last Monday.

Gasoline stocks drew down to 50.9 million barrels, which is a 1.5 million barrel year-over-year deficit. Stock levels could continue to decline. The latest EIA data shows the regional refinery utilization dropped 4% to 92% for the week ending Sept. 20. This combination could cause some fluctuation in gas prices in the week ahead, potentially pushing gas prices more expensive.

Oil market dynamics
At the close of Friday’s formal trading session on the NYMEX, WTI decreased by 50 cents to settle at $55.91. Oil prices were mostly mixed last week after EIA’s weekly report revealed that total domestic crude inventories grew by 2.4 million barrels, bringing the total 419.5 million bbl. The current level is 23.5 million barrels higher than where it was at this time last year. The higher level has kept prices in check as concerns that global crude demand may be impacted by the ongoing trade war between the U.S. and China.

AAA provides automotive, travel and insurance services to more than 60 million members nationwide and more than 630,000 members in Kentucky.  AAA advocates for the safety and mobility of its members and has been committed to outstanding road service for more than 100 years.  The not-for-profit, fully tax-paying member organization works on behalf of motorists, who can now map a route, find local gas prices, discover discounts, book a hotel and track their roadside assistance service with the AAA Mobile app for iPhone, iPad and Android.  For more information, visit www.aaa.com.