Hartford, CT (February 27, 2019) – Americans spend an additional 20 minutes driving each week compared to 2014, according to new research from the AAA Foundation for Traffic Safety. In fact, over the course of the year, Americans collectively spent 70 billion hours behind the wheel - an eight percent increase since 2014.

According to the AAA Foundation survey, which analyzed a number of demographics, drivers in the Northeast saw the greatest percentage increase in time behind the wheel - an average of more than 50 minutes a day – which is up more than 17% since 2014.

“The more time drivers spend behind the wheel, the greater their exposure to risks on the roadway,” said Dr. David Yang, executive director for the AAA Foundation for Traffic Safety. “Longer time behind the wheel could lead to issues such as fatigue, distraction and impatience for drivers, which are all contributing factors for vehicle crashes.

AAA is reminding drivers to stay alert and stay focused on the key task at hand – driving – in an effort to ensure everyone’s safety and minimize risk.

The AAA Survey also found that drivers age 75 and older increased their driving time by a greater percentage than any other age group – spending almost 35 minutes a day behind the wheel - up almost 23% over 2014.

“This mirrors what we are seeing at the AAA Driving School, where enrollment in our AAA Roadwise Mature Driver Improvement classes has skyrocketed,” says Jennifer Shorette, Director of the AAA Driving School. “We’ve also seen increased participation in the CarFit program and other traffic safety offerings for our older drivers”. 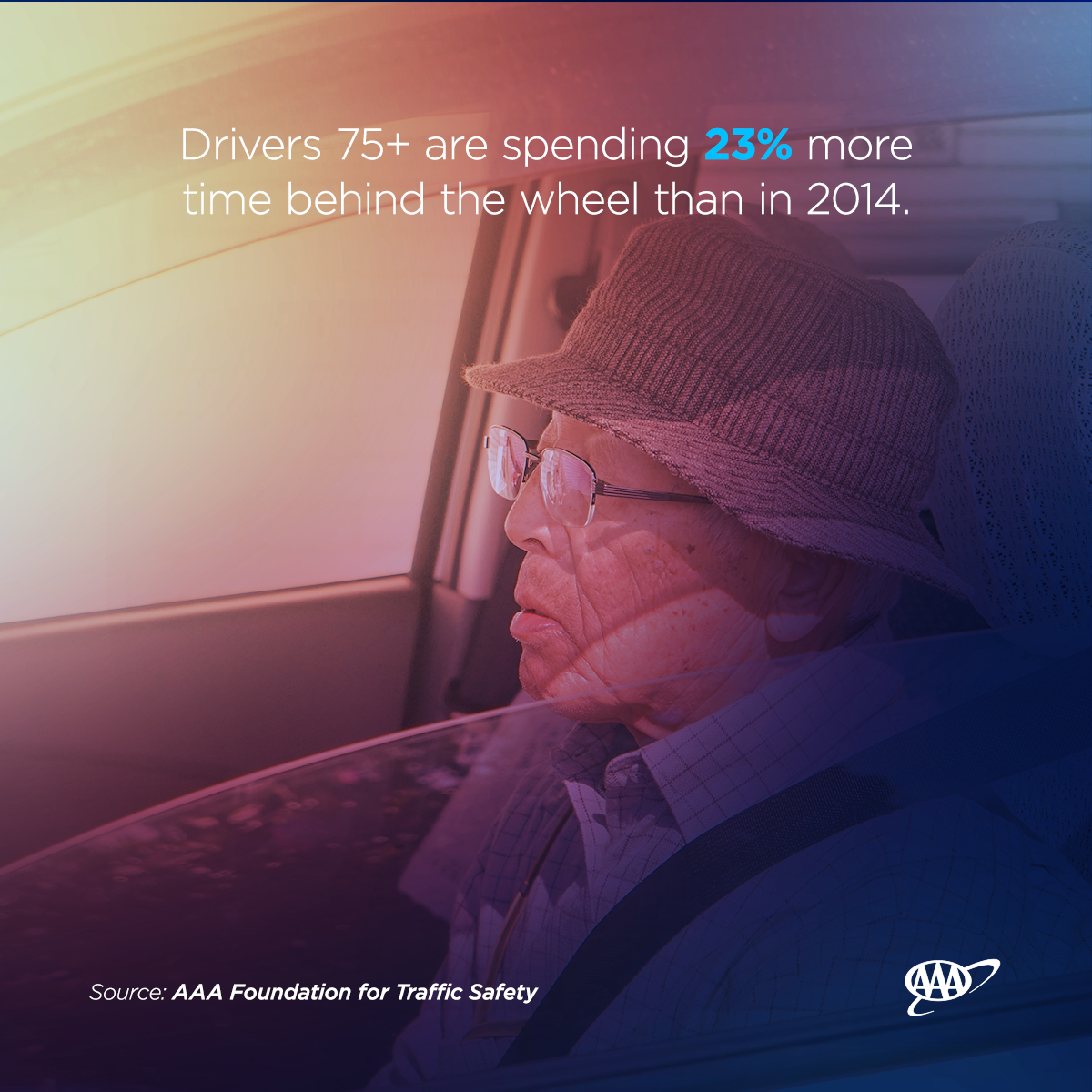 The AAA Foundation’s American Driving Survey shows that on average, U.S. drivers spend nearly an hour behind the wheel each day and travel 31.5 miles- a five percent increase from 2014.

Each week, drivers travel more than 220 miles. Add it up and Americans drive an average of 11,498 miles each year - the equivalent of making two roundtrip drives from San Francisco to Washington, D.C.