DAYTON, OH (Dec. 11, 2018) – New research from AAA reveals that clouded or yellowed headlights generate only 20 percent of the amount of light that new headlights do, leading to dangerous nighttime driving conditions. This decrease is caused by sunlight damage to protective plastic coatings, resulting in discoloration that considerably diminishes the headlight’s ability to provide adequate light on dark roadways. With 50 percent of crashes occurring at night, AAA urges drivers to check their headlights for signs of deterioration and invest in new headlights or, at a minimum, a low-cost service to boost the safety of driving after dark.

“Walk through any parking lot and it is evident that deteriorated headlights are a problem for most vehicle owners,” said Jon Bucher, Manager, AAA Tire and Auto Center, Beavercreek. “Headlights on the road in the U.S., even when new, don’t produce a sufficient amount of lighting, so any reduction in performance is a real safety issue.” 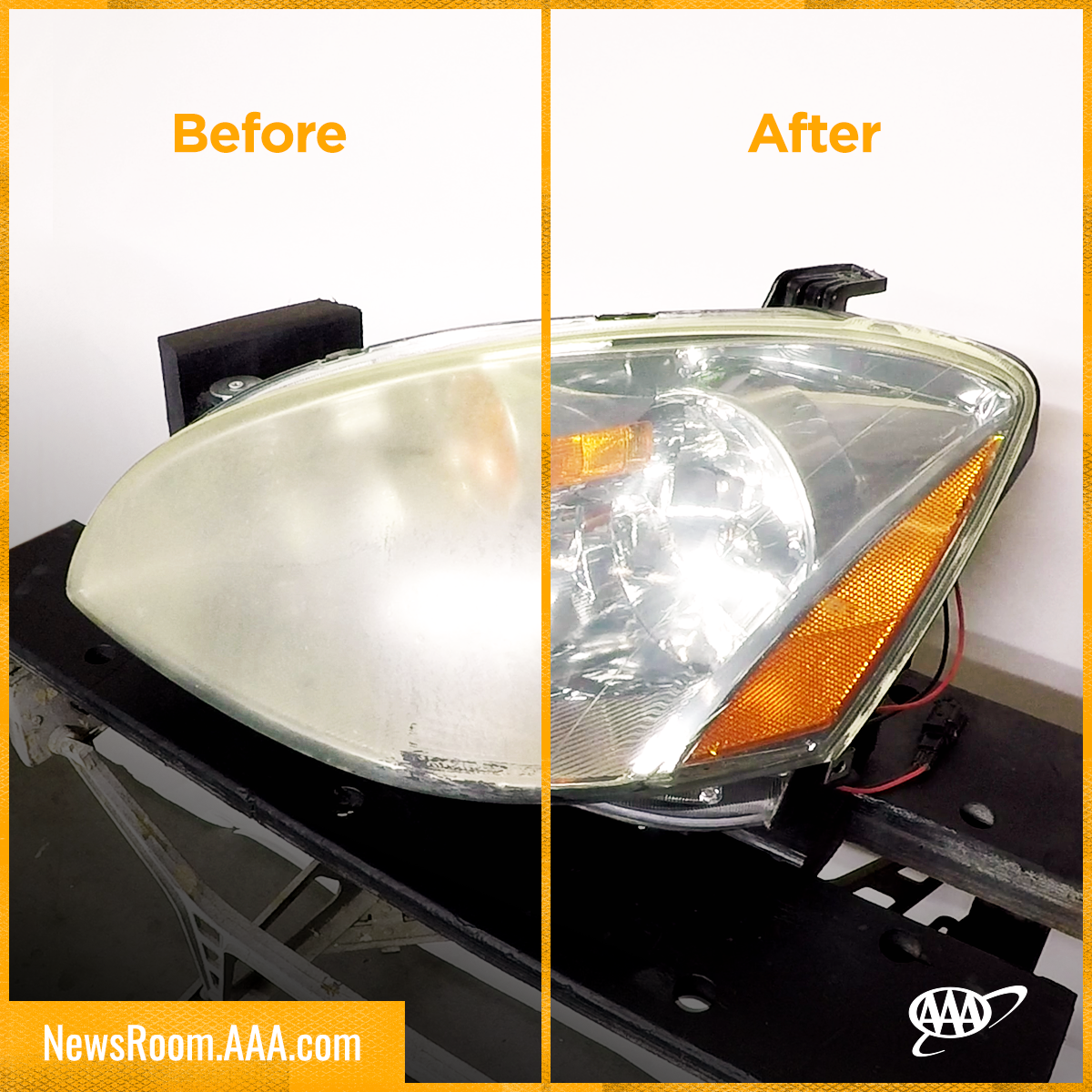 “Driving at night with headlights that produce only 20 percent of the light they did when new, which is already subpar, is a risk drivers shouldn’t take,” continued Bucher. “Especially when there are convenient and inexpensive solutions that can dramatically improve lighting performance.”