Car
THE SAFEST FOODS TO EAT WHILE DRIVING

TRY THESE SNACKS WHEN YOU’RE HUNGRY AND CAN’T STOP

If you’re snacking in the car while on the go, you should know there are some foods that are safer to eat than others. A recent Insure.com survey reports that while 70% of drivers surveyed say they consider eating while driving to be distracted driving, nearly half do it on trips longer than one hour, and 25% do it regularly. Only 18% report they never eat and drive.

The survey asked motorists how often they eat and drive, why, how much danger they think it poses, if it’s resulted in an accident, and what their favorite car snacks are. Candy bars seem to be your safest bet, followed by granola bars and bagged snacks. Not surprisingly, tacos, yogurt, and nachos rate at the bottom of the list, along with several fast food items. 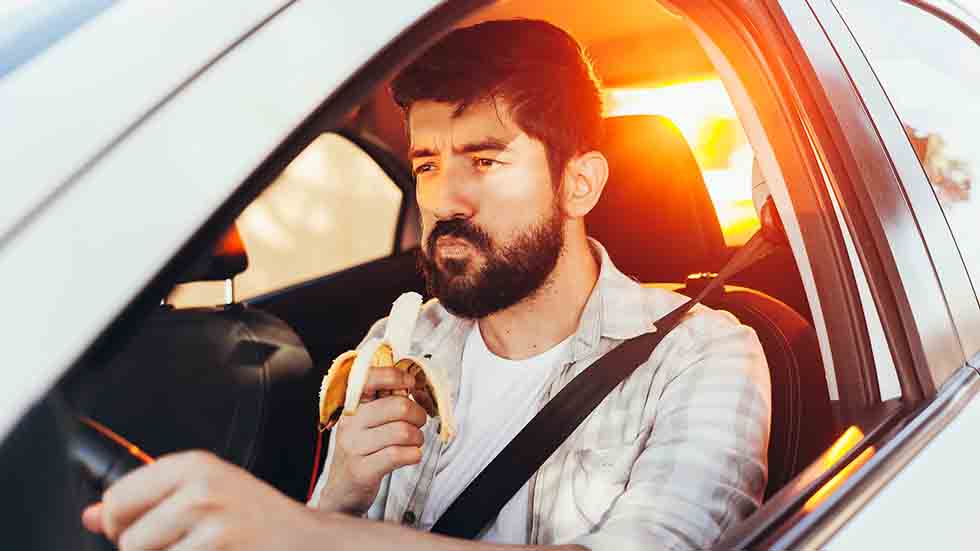 BEST AND WORST FOODS TO EAT WHILE DRIVING

THE MOST DISTRACTING EATING AND DRIVING MANEUVERS
Motorists reported that unwrapping food or reaching for something, like that final French fry in the bottom of the bag, were the most distracting parts of eating while driving.

HOW DOES EATING AND DRIVING COMPARE TO OTHER DISTRACTED BEHAVIOR?
Motorists surveyed were asked to rank distracted driving behaviors on a scale from 1 (not distracting at all) to 5 (very distracting).

EATING WHILE DRIVING AND DISTRACTED DRIVER LAWS
Twelve percent of motorists surveyed say eating and driving has caused them to be in an accident, and 16% report a “near miss.” Five percent were actually pulled over for a traffic violation.

Though most states ban some distracted driving behavior, such as texting or talking on a cell phone, there aren’t many specific laws regarding eating and driving. However, each day in the U.S., nine people are killed and more than 1,000 injured in collisions reported to have involved a distracted driver, according to the National Highway Traffic Safety Administration.

While there aren’t laws particularly for eating and driving, the distracted driving or reckless driving laws could include eating while driving. 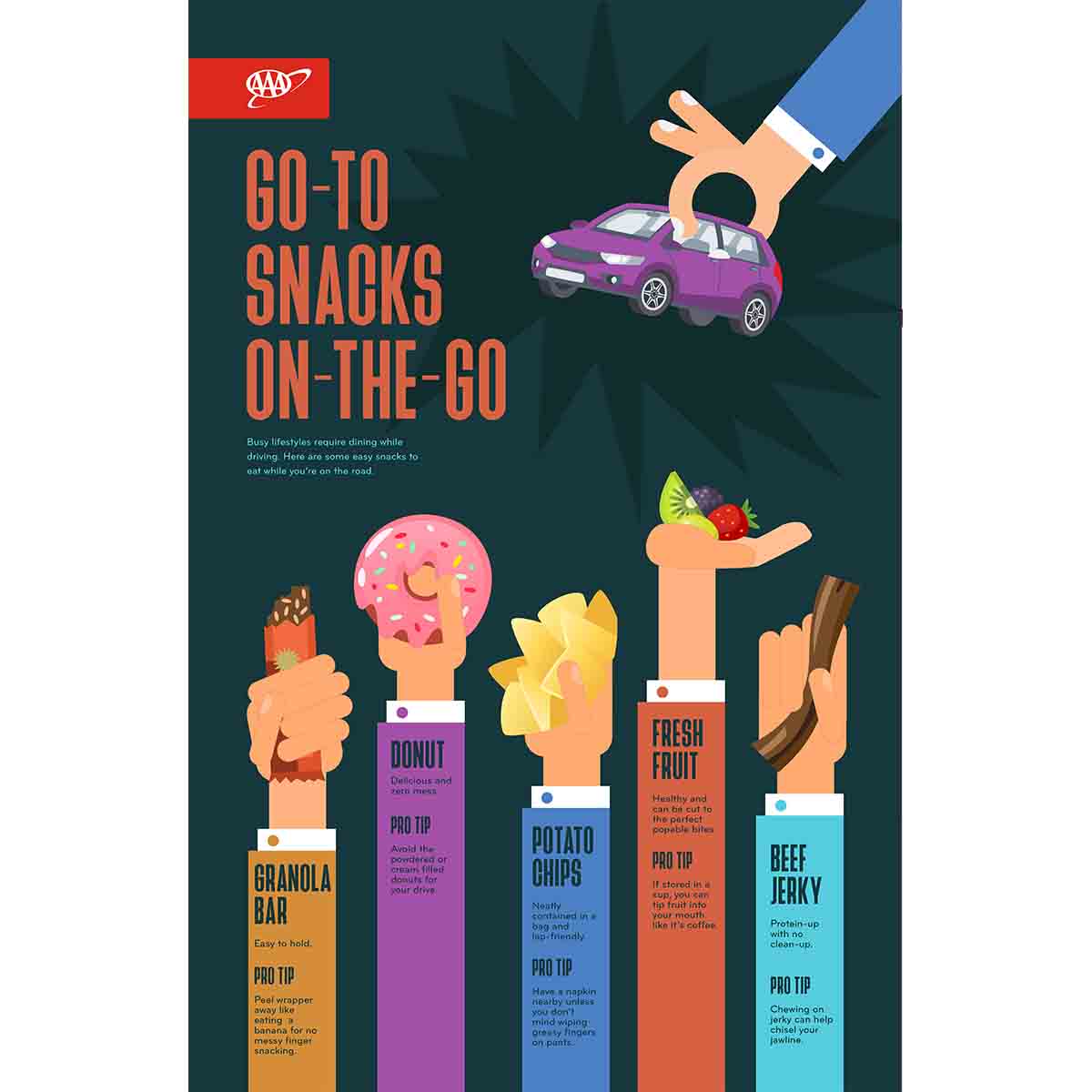 DOES YOUR INSURANCE INCREASE DUE TO A DISTRACTED DRIVING TICKET?
In most cases, yes. Insure.com rate analysis shows auto insurance rates increase an average of 22% for a distracted driving ticket. You could also lose good or safe driver discounts, which could be a loss of a discount usually worth 10% to 25%.

Insure.com commissioned Op4g to survey 1,000 licensed drivers, age 25 and older. Respondents were evenly split between males and females and distributed across age groups in line with Census age data. The online-panel survey was fielded in April 2019 and April 2018.

8 Things You Should Never Use Your Credit Card For

5 Banking Alerts You Should Always Be Getting On Your Phone

How To Negotiate Your Cable Bill