Holiday
THE ABSOLUTE BEST HOLIDAY MOVIES TO BINGE WITH YOUR FAMILY

CHRISTMAS CLASSICS THAT EVERYONE WILL ENJOY

No matter your interests or favorite types of movies, there is a holiday movie out there for everyone. From comedy to romance to action, from classics to new on Hallmark, you’ll be able to find great movies worth binging. Whether you watch every day of the ABC Family’s 25 Days of Christmas, break out your favorite on DVD, or catch a few minutes as you’re flipping channels, it’s time for holiday movie season.

Since many of us will be staying home this holiday season, here are some of the best family-friendly holiday movies that span both generations and genres for you to enjoy.

IT’S A WONDERFUL LIFE
You can be sure this 1946 classic will play several times throughout the holiday season. Starring Jimmy Stewart as George Bailey, George is visited by an angel who shows him the true meaning and importance of his life.

MIRACLE ON 34TH STREET
This 1947 comedy/drama follows a man who claims to be Santa Claus, yet is institutionalized as insane. A young lawyer steps up to defend him by arguing he’s the real deal, while sharing the true meaning of Christmas with those around them. 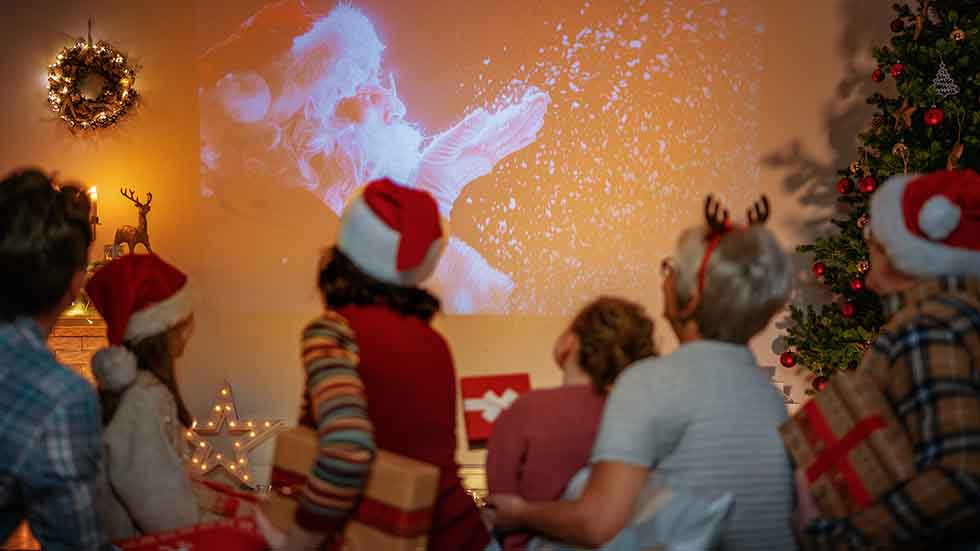 A CHRISTMAS STORY
You’ll shoot your eye out! You can usually find this 1983 comedy playing on a 24-hour loop as the holidays approach. You’ll find yourself smiling as nine-year-old Ralphie Parker prepares for his Christmas morning, where all he wants is an air rifle.

NATIONAL LAMPOON’S CHRISTMAS VACATION
Follow the Griswolds during their crazy, disastrous family holiday get-together. This 1989 comedy will have you chuckling throughout the scenes of bad luck and obnoxious guests, both of which are very relatable.

RUDOLPH THE RED-NOSED REINDEER
This classic stop-motion animated film shares the story of underdog, Rudolph, who joins forces with a dental-loving elf and gold-obsessed friend, through a series of tragedies, twists of fortune and luck. Aired in 1964 and rebroadcast every year, it’s the longest-running Christmas special in history. 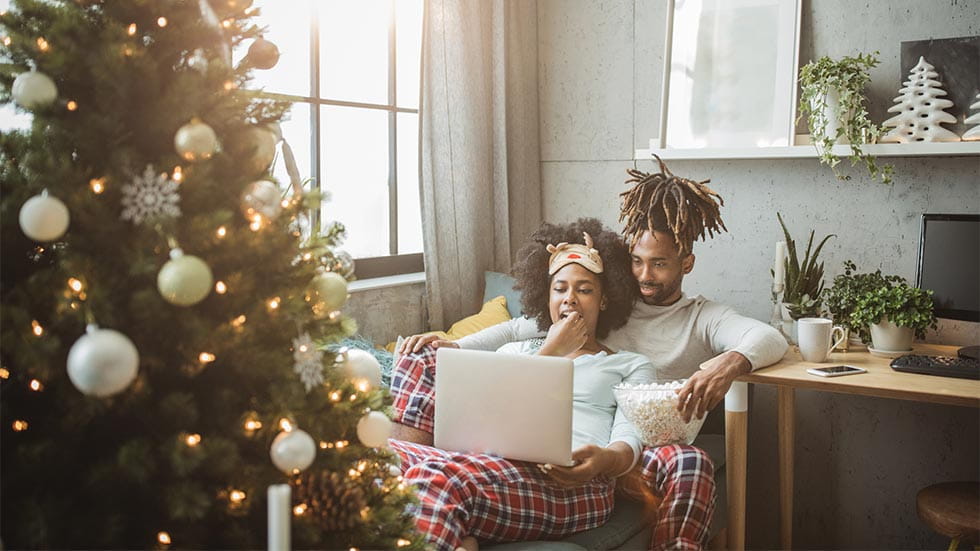 HOME ALONE
After eight-year-old Kevin Mcallister (Macaulay Culkin) is accidentally forgotten at home when his family leaves for a holiday vacation, he must protect his house and battle a pair of burglars trying to break in.

ELF
In this sweet and silly comedy, Will Ferrell plays an “elf” orphan who was raised by Santa in the North Pole. He discovers his biological father lives in New York and sets off on a journey to find him. After realizing he’s on the naughty list, he must show his new family the true meaning of love, family, and Christmas.

HOW THE GRINCH STOLE CHRISTMAS
Perhaps you like the classic animation of the traditional Dr. Seuss tale. Or, maybe you’d rather enjoy the comedy brought to screen by Jim Carrey in a real-life Grinch suit. Either way, we love the story of the grumpy green guy who tries to steal Christmas, but discovers there’s more to the holiday than he thought.

A CHARLIE BROWN CHRISTMAS
You can’t go wrong with this family-friendly Peanuts classic. Though only 25 minutes long, Charlie Brown and friends bring the joy of Christmas to life through friendship, music, and a scrawny, little Christmas tree.

A CHRISTMAS CAROL
Whether the 1951 adaptation or the Jim Henson version with Muppets, this timeless story brings to life the Charles Dickens’ tale of Ebenezer Scrooge, a elderly miser visited by a ghost and spirits of Christmas past, present, and yet to come. Can Scrooge turn his life and outlook on the holidays around?