Menu
AAA Traveler Worldwise
Garden View: Must See Gardens From Around the World

A SELECTION OF MUST-SEE GARDENS AROUND THE WORLD

At least as far back as the 500s B.C., when the legendary Hanging Gardens of Babylon gained repute as an engineering feat—later to become known as one of the Seven Wonders of the Ancient World—humans have had a love affair with gardens, be they small or large, formal or naturalistic, native or exotic. The most famous gardens have even made it onto the must-see list for travelers. Here are a few that will make you stop to smell the roses.

KENNETT SQUARE, PENNSYLVANIA
The 1,083-acre Longwood Gardens is the legacy of Pierre S. du Pont, an industrialist, philanthropist and conservationist who purchased an arboretum in the suburbs of Philadelphia in 1906 and transformed it into one of the world’s great gardens. Enamored with the Italian- and French-style gardens he saw on his travels, du Pont imbued his horticultural masterpiece with three fountain gardens and countless fountains. The crown jewel of the fountain collection, the Main Fountain Garden was recently revamped with 21st-century technology for sophisticated day- and nighttime light, music and water shows. Meadows, woodlands and 20 outdoor gardens, including the brightly colored and fragrant Flower Garden Walk, are complemented by a grand four-acre conservatory with 20 gardens anchored by the seasonally changing Exhibition Hall. Be sure to check out the performances in the Ballroom, the Exhibition Hall and the Open Air Theatre, which include jazz, classical and world music; dance; and musical theater.

LISSE, THE NETHERLANDS
Imagine a sea of multihued tulips—7 million of them, in 800 varieties! That’s what you’ll find for eight weeks each spring when The Netherlands’ annual Keukenhof flower exhibition opens to the public and professionals in the floriculture business. The exhibition takes place in an 80-acre historic park in Lisse, halfway between Amsterdam and The Hague. Now in its 70th year, Keukenhof has a fresh look each year thanks to redesigned plantings and different styles of gardens, including an English landscape garden, a woodland garden next to a century-old windmill, and the Historic Garden that highlights the origin of the tulip. A series of pavilions features a changing selection of 20 indoor flower and plant shows, including those devoted to orchids and lilies. This year’s Keukenhof dates are March 21 to May 19. In 2020, the garden will be open March 26 to May 17.

The Gardens at the Palace of Versailles

VERSAILLES, FRANCE
The renowned Hall of Mirrors or the exquisite royal apartments might be what entice most people to visit the Palace of Versailles, the principal royal residence of France from the time of Louis XIV until the French Revolution. But no one who has seen the gardens at Versailles forgets their grandeur—from the two Water Parterres that reflect the palace; to the Orangerie’s outdoor garden filled in summer with orange, lemon, pomegranate, palm and oleander trees (some more than 200 years old); to the expansive walkways and enclosed groves; to the many ornate fountains and the cross-shaped Grand Canal. During the time of Louis XIV, models of the naval fleet floated on the Grand Canal, which stretches for four-tenths of a mile. Today, visitors can ply the waters on rented rowboats. On select summer nights, musical nighttime fountain shows light up the gardens in a breathtaking spectacle of fireworks, lasers and other special effects.

CAPE TOWN, SOUTH AFRICA
Kirstenbosch boldly declares itself “the most beautiful garden in Africa.” It certainly has a spectacular setting at the foot of the eastern slopes of the city’s iconic 3,500-foot flat-topped Table Mountain. Kirstenbosch forms part of the Cape Floral Region Protected Area, a UNESCO World Heritage Site recognized for being the smallest and relatively most diverse of six floral kingdoms in the world. Founded in 1913, the botanic garden covers more than 1,300 acres, most of it protected area of natural forest and fynbos, the heathland vegetation unique to this region. A number of walks and trails allow visitors to explore this protected region and perhaps to glimpse some of the wide variety of indigenous birds, reptiles and other small animals that live here. Nearly 90 acres of the protected area are cultivated. They include delightful gardens of annuals, protea and drought-resistant plants along with bronze and stone sculptures.

SYDNEY, AUSTRALIA
The pedigree of The Royal Botanic Garden Sydney stretches back to 1788, when the first European settlers arrived to establish Sydney Town on this very spot. The 158-acre garden includes a rose garden, an oriental garden, an herb garden and a fernery. More fascinating for those of us from the Northern Hemisphere, though, are the Australia-centric gardens such as the Australian Rainforest Garden, which includes ancient, rare and threatened palms, ferns and orchids found only in Australia, and the spring-flowering Native Rockery filled with native Australian flowers and framed by a magnificent view of Sydney Harbor and the iconic Opera House. At the Cadi Jam Ora—First Encounters Garden, visitors learn about early interactions between European settlers and the Aboriginal Cadigal people. Even better, they can sign on for the ticketed Aboriginal Heritage Tour to learn about Aboriginal culture and plant uses and to taste some bush foods.

ANAZAWA, JAPAN
Kenroku-en, one of the most famous gardens in Japan, graces the Ishikawa Prefecture, just two-and-a-half hours by bullet train from Tokyo and Kyoto. The once-private garden of the powerful Maeda family is located adjacent to their feudal-era home, Kanazawa Castle. Opened to the public more than 150 years ago, Kenroku-en features all the essential elements of a traditional Japanese garden: a tea house, stone lanterns, ponds, streams, fountains, waterfalls, bridges and stone paths. Visually interesting in every season, Kenroku-en delights in spring with flowering plum and cherry trees, followed by azaleas and other summer blooms. Autumn brings the blazing red of Japanese maple trees, while winter features illuminated trees in January and February or simply the serenity of a snow-covered landscape. Just outside the garden’s Katsurazaka gate, visitors can stop in one of the small restaurants or cafes for tea and the local specialty: ice cream covered in gold leaf.

PHOENIX, ARIZONA
If the phrase “desert garden” seems an oxymoron, then you’ve clearly never been to Desert Botanical Garden in Phoenix, Arizona. Comprising 140 acres, of which 55 are under cultivation, the botanical garden features several small gardens as well as five short loop trails ranging from one-tenth to one-third of a mile, each with a different focus. The Desert Discovery Loop Trail, for example, exhibits desert plants from around the world, while the Plants & People of the Sonoran Desert Loop Trail showcases how native peoples of the area have used local plants for food, medicine and building materials. Perhaps the most “traditional” of the gardens are the desert wildflowers and blooming cacti that bring vibrant color to the Harriet K. Maxwell Desert Wildflower Loop Trail throughout the February-to-May blooming season. After visiting Desert Botanical Garden with its collection of more than 4,400 species of cacti, agaves, aloes and other desert flora, including unusual plants such as giant cactus and 400 rare and endangered species, you’ll never again think of the desert as barren.

VICTORIA, BRITISH COLUMBIA, CANADA
Many visitors to Victoria, British Columbia, return home raving about the beauty of The Butchart Gardens, just 14 miles north of the provincial capital. The 55 acres of display gardens got their start more than a century ago, when Jennie Butchart began to transform an abandoned limestone quarry she and her husband owned into today’s Sunken Garden. Over the next quarter-century, the Butcharts turned their former tennis court into an Italian Garden, planted a Rose Garden and created a Japanese Garden on the property’s seaside. Then came a Mediterranean Garden and a Children’s Pavilion with the hand-carved Rose Carousel. Today, The Butchart Gardens is a National Historic Site of Canada boasting more than a million visitors annually. With more than 900 varieties of bedding plants, the gardens showcase a riot of colors from spring to fall. Winter has its charms, too, with a holiday light display followed by the indoor Spring Prelude gardens for those craving a dose of spring. 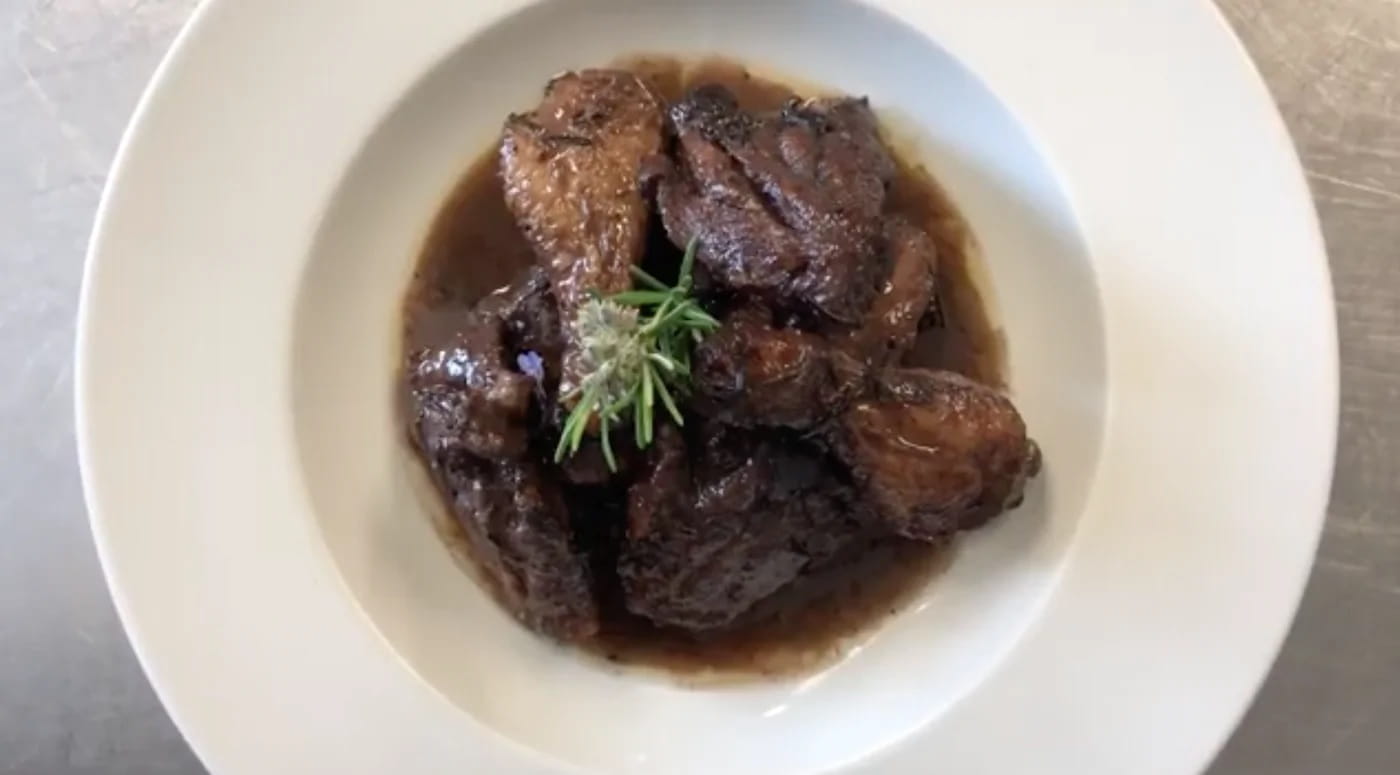 Chianti Chicken with Giada from Trafalgar

Relax With This DIY Lime Self-Scrub