RIVER CRUISES: THE CHOICES ARE ENDLESS 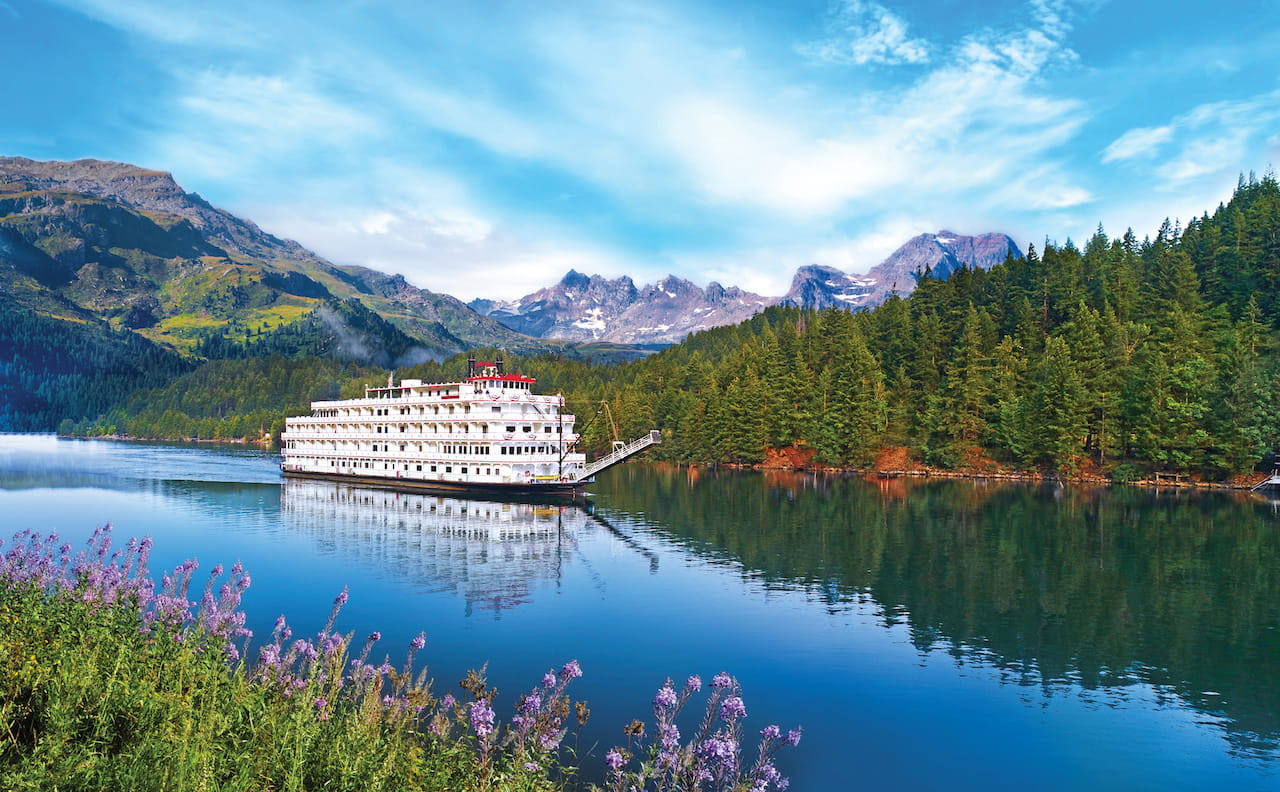 River cruising is one of the hottest trends in travel. And why not? No seasickness, plenty of time ashore, and with comfort to rival anything an ocean cruise can offer. Here, then, are some of the most intriguing rivers on the calendar, for this year and beyond.

More than two centuries after the Lewis and Clark expedition, the "beautiful gentle stream of about half a mile wide" that William Clark observed in 1805 is still as beautiful and gentle as ever. Here are the glories of Washington and Oregon at their finest, with rough hills, canyons, inviting towns that welcome cruise passengers, and, no doubt, a wine-tasting or two.
Don’t miss: The roaring Columbia Gorge, with its waterfalls, basalt cliffs, deep forests, and deserts, is a natural wonder.
Timing: March-December
Cruise Line: Holland America Cruises 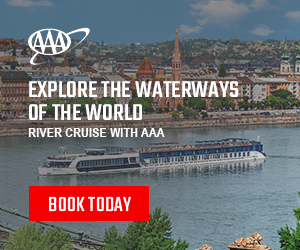 There’s nothing new about cruising the Danube, except for the “lower” part that passes through some of the more mysterious, least traveled countries on the Continent. Think picturesque Bulgarian hill towns, Ivanovo’s rock-hewn churches, and towering medieval fortresses. Consider it the backdoor to a little-known part of Europe. Country-counters take note: You’ll visit between five and eight nations on this itinerary (depending on where you begin/end), plus up to four national capitals.
Don’t miss: At the Iron Gates, a dramatic river gorge, Serbia, Romania, the Carpathian Mountains, and the Balkan foothills all come together.
Timing: March-December (but fall is best)
Cruise Lines: AmaWaterways, Uniworld River Cruises, Viking River Cruises 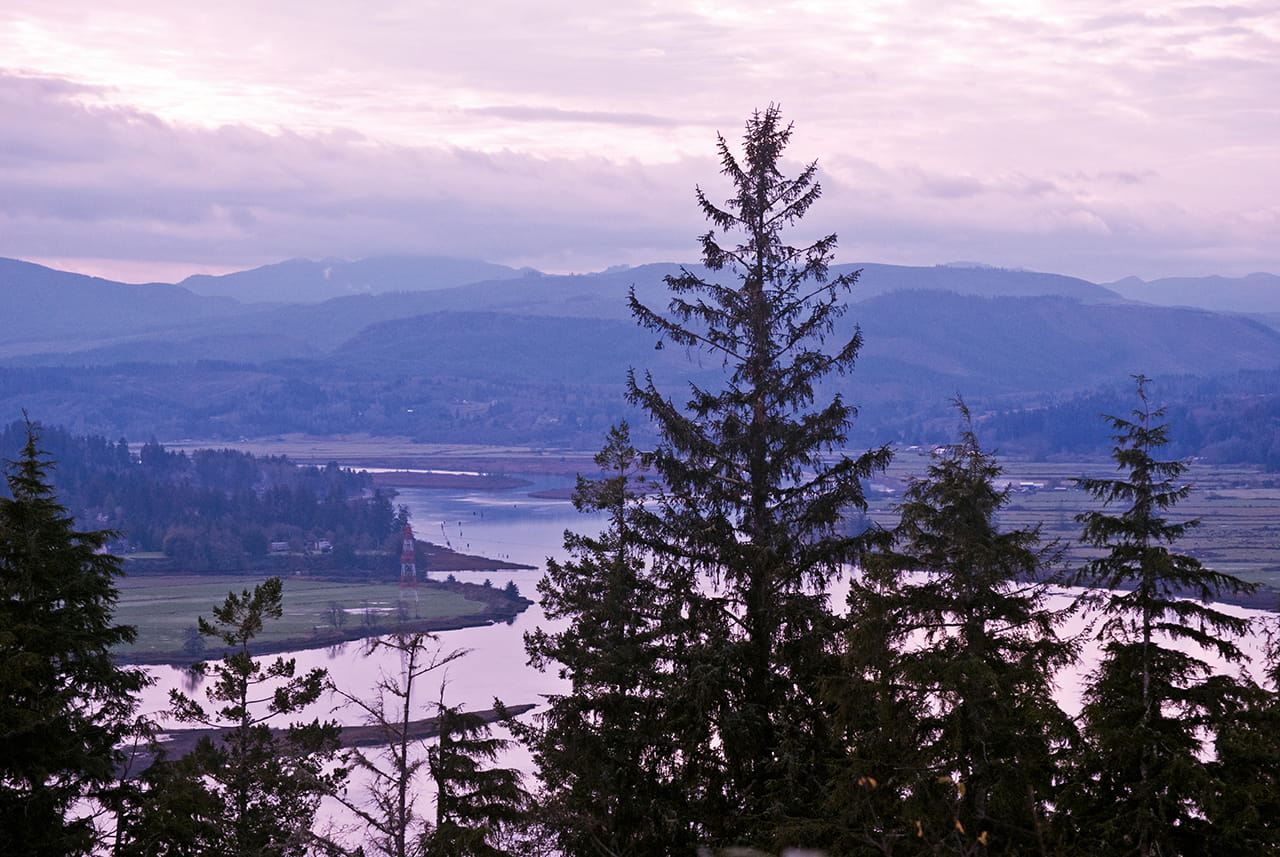 Although it has been plagued by low water in recent years, the Elbe, from Berlin to Prague, is a much sought-after “backwater” among river-cruise aficionados. The itinerary carries passengers through both the august and rococo sides of Europe, like in Litomerice, a stunning Czech town where Baroque, Renaissance, and Gothic building styles clash in a crazy architectural salad.
Don’t miss: Take a tour of Germany’s Meissenware factory, where some of the world’s most delicate porcelain is made.
Timing: May-November
Cruise Line: Viking River Cruises 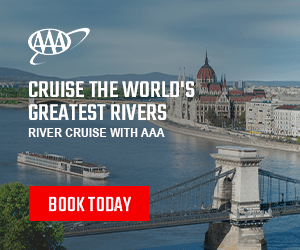 While not a river, of course, the Great Lakes form one of the largest inland waterways on earth, and hold an appeal for nature-lovers, cityphiles, eco-travelers, and anyone else who wants to try something offbeat. Top attractions include the car-less, Victorian-era settlement of Mackinac Island, the Industrial Age wonder of the Soo Locks, and the old-world charm of such towns as Duluth, Marquette, and Thunder Bay.
Don’t miss: The Manitoulin Island, sacred to the Ojibway, is a spiritual touchstone.
Timing: June-August
Cruise Line: Viking River Cruises (coming in 2022) 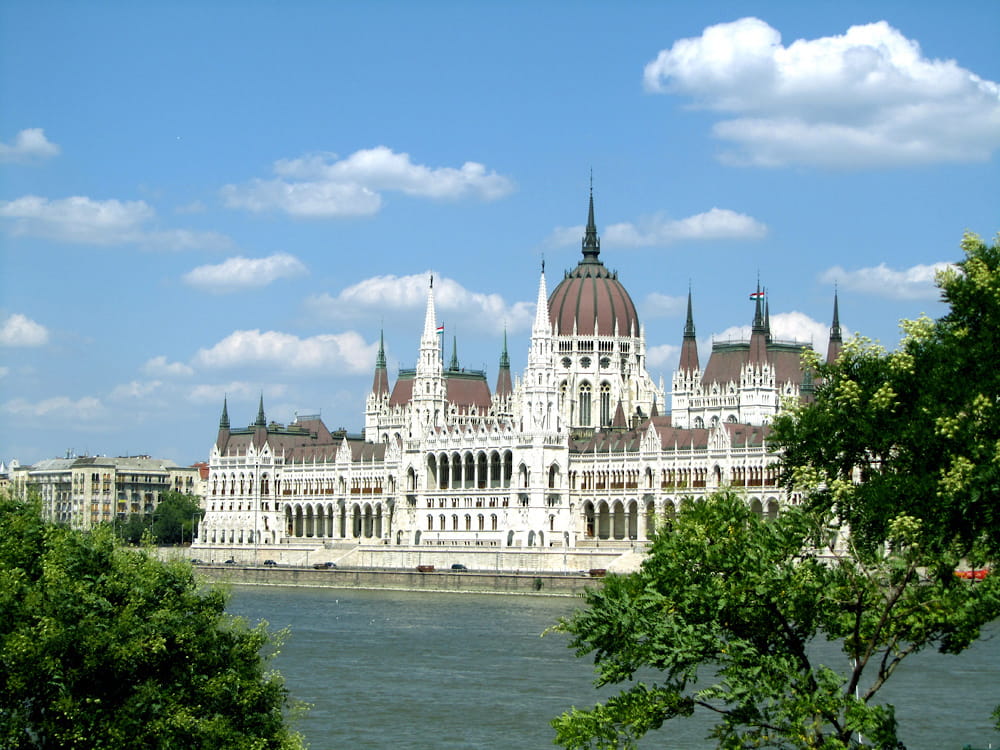 It’s hard to imagine a river that has seen such sadness, but today it is a watery testament to the human spirit—and a perfect way to discover some of Southeast Asia’s most charming small towns and ancient capitals. The colonial French heritage is apparent in the riverside architecture, but the floating markets recall the old days before European influence. The difference between Vietnam and Cambodia becomes clear the moment you cross the border—one is chill, one is hyper. You decide which is which. But they both present a window into cultures that are deep, rich, and ancient.
Don’t miss: The Killing Fields and Genocide Museum in Phnom Penh are tough to take, but worthwhile.
Timing: September-April
Cruise Lines: AmaWaterways, Viking River Cruises 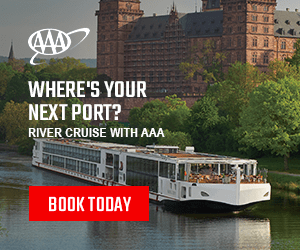 One doesn’t sail the Nile for something new, but to enjoy the ancient—the Pyramids, the Sphinx, Luxor, and the Valley of the Kings. Unfortunately, security concerns basically shut down the Nile cruise trade in recent years. But a refreshing calmness and renewed emphasis on safety have reopened the floodgates, and Nile cruises are once again booming. If this age-old waterway has been on your bucket list, now is the time to go.
Don’t miss: The much-anticipated Grand Egyptian Museum is expected to open sometime in 2020.
Timing: October-April
Cruise Lines: Uniworld River Cruises, Viking River Cruises 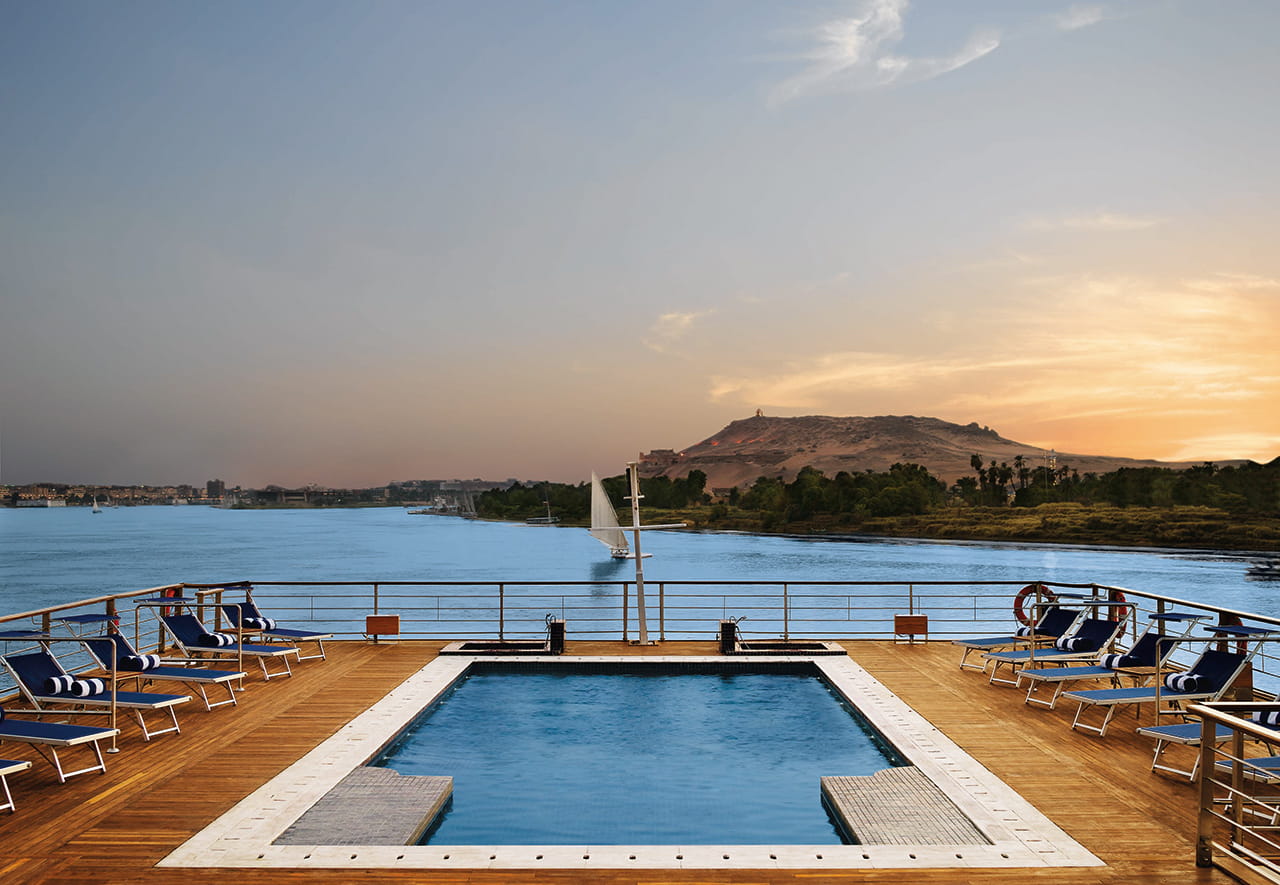 Mark Orwoll is a veteran travel journalist. His freelance writing has appeared in Conde Nast Traveler, The Travel Channel, AARP.com, Hemispheres, Town & Country, Porthole Cruise, Travel Weekly, and numerous other top magazines and websites. He was on the editorial staff of Travel + Leisure for 29 years, most recently as International Editor. He specializes in travel narratives based on his experiences in more than 70 countries. 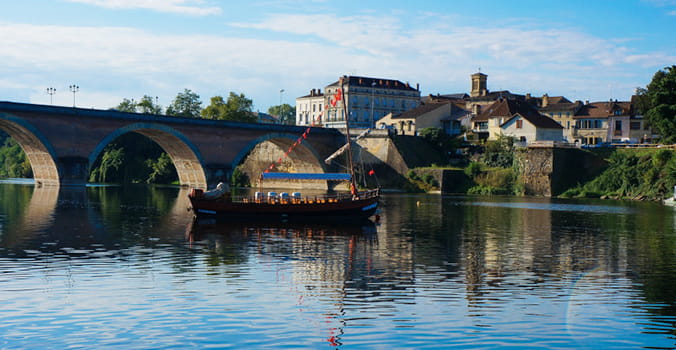 River Cruising Along The French Countryside 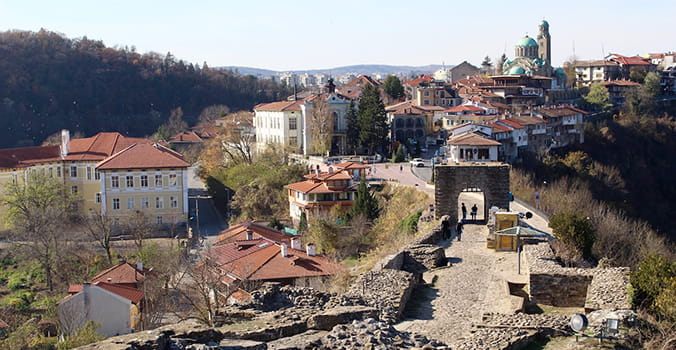 Lessons from My First River Cruise 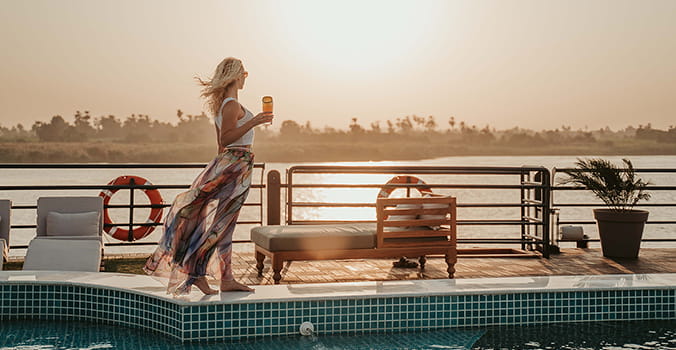