FIND OUT ABOUT SOME GREAT GEMS BEYOND THE ROCKY STATUE

The City of Brotherly Love is known for its wealth of Colonial treasures, including the Liberty Bell, Independence Hall, the Betsy Ross House and many others, but it also has plenty more to do and see. Explore its many museums, take a bike ride along Schuylkill River and dine in its farm-to-table restaurants helmed by creative young local chefs—and, of course, you can’t leave town without trying a Philly cheesesteak.


Here are some of the coolest things to do in Philadelphia: 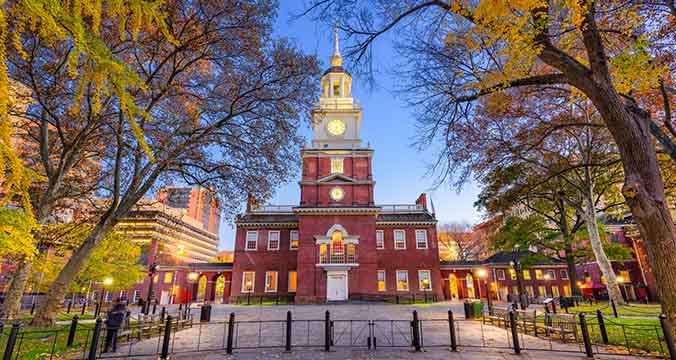