Gather your besties for a trip to some of the best female-owned breweries in the country. Although just 7.5% of brewers in the U.S. are women and 2% of breweries are all-female owned, the trailblazers leading the breweries listed below are inspiring the next generation of ladies in the business while forging (and fermenting) a craft beer renaissance worth traveling for.

We turned to Melani Domingues, a beer industry veteran of 20 years, for her picks of top breweries where women are in charge. Domingues brings serious beer cred to her selections: Before planting roots in the Windy City to open The Green Lady, a craft beer bar currently celebrating its 10th anniversary, she managed popular bars from New York City to Chicago that specialized in microbrews. She’s even brewed at the legendary Huyghe Brewery in Belgium for International Women’s Day, an exclusive invitation only offered to 15 women from around the world each year.

Here’s where Domingues says to go to sip, savor—and if it’s your thing, chug. 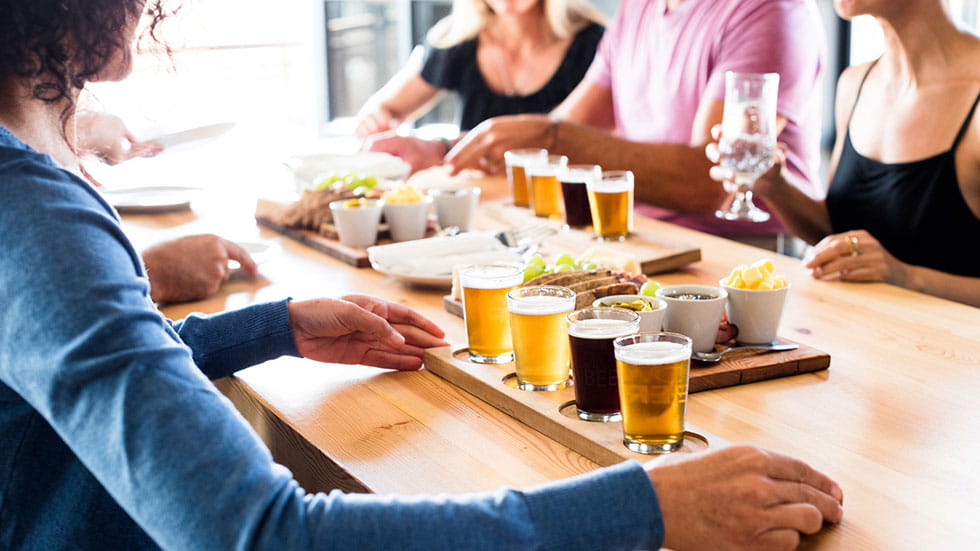 The motto at this philanthropic brewery is “great beer, better world.” The trio of women who founded it met while serving in AmeriCorps in 2010 and grew their home-brewed, one-barrel operation into a thriving taproom. The business has never lost its original charitable intent: A substantial amount of its profits support local charities that provide opportunities for females. That means every beer you drink is changing a life. Cheers to that!

Why it’s a must for Domingues: “They brew beer to help make the world a better place. Their profits are donated to promote the status and opportunity of women and girls in Colorado.”

Her recommended beer to sample: When Life Hands You Lemons (Cream Ale)

How cool is this: The female co-founder’s name is woven into the name of this small craft brewery. Also known as “SARA” on the west coast, the Monterey Bay area-based brewery specializes in mixed-fermentation saisons. Although small, it’s proven that it can stand toe-to-toe with any reputable brewery on the planet. It was voted as one of the top-10 best breweries in the world in a 2020 survey by RateBeer, a beer-ranking site and app that examines “more than 640,000 beers by over 33,000 brewers around the world” each year for the contest. Visit the brewery in Capitola or the tasting room in nearby Santa Cruz.

Why it’s a must for Domingues: “The brewery is highly inspired by the Belgian tradition of making beer and warmly encourages the pushing of those boundaries. It’s a comfy tasting room with a relaxed and welcoming vibe.”

You may already be familiar with their flagship Heady Topper IPA. Regarded as one of the best breweries in the world, it produces about 18,000 barrels of beer each year, with an ethos of sustainability woven into everything they do. The eco- and socially-conscious business model helped to earn the brewery the highly coveted (and highly difficult to achieve) Certified B Corporation status. Take its brewery tour then enjoy a specialty brew in the beer garden.

Why it’s a must for Domingues: “It’s a beautiful facility with sprawling windows that frame the breathtaking mountain views. People come from all over the world to get the beer that pushed past Pale Ales as the No. 1 style in the U.S. Plus, their sustainability, community involvement, and employee treatment is terrific.” 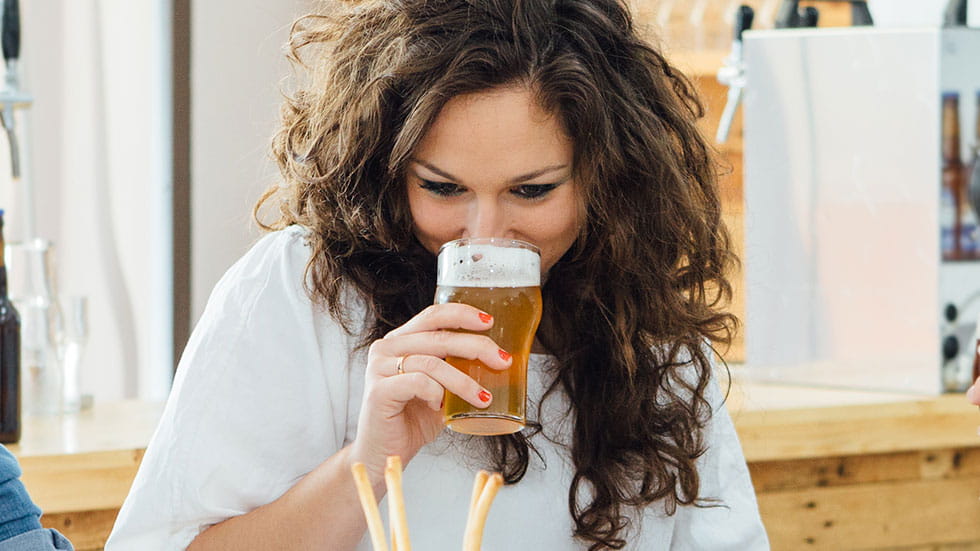 Swanson started her own saison-centric brewery after leaving her job at Jester King, an Austin-based brewery where for several years she was the brewmaster. Venturing out on her own was a great move: She now produces what she describes as “thoughtful beers for an ecstatic reality” and is one of just 18 Master Cicerones in the world. That is the highest level of beer expert you can achieve, cementing Swanson as someone who really knows her beer.

Why it’s a must for Domingues: “She doesn’t have her own space [yet], but her brews are always on draft at Half Acre Brewery [in Chicago]. It’s a tradition style done extremely well, as she understands the nuances and changes that come with fermentation and doesn’t try to force them, but rather goes where they lead.”

Savor sweeping Colorado mountain views alongside sudsy sips at this brewery renowned for its hazy IPAs and oak-aged lagers. The newly expanded taproom offers up to 29 beer taps, and all the bartenders are Cicerone Level 1-certified. It recently began crafting something else that’s truly unique: beer soft-serve ice cream. (Yes, ICE CREAM.) These frozen treats are made from the brewery’s fruity kettle sours.

Why it’s a must for Domingues: “It’s ‘Big beers in a small mountain town.’ The brewery is kid- and dog-friendly with a food bar, coffee bar, and beer bar. The inside and outdoor areas have beautiful views. Plus, they have a strong commitment to the community and environment. This includes the installation of a carbon dioxide recapture system that reduces the brewery’s carbon footprint by allowing the gas given off during fermentation to be reused in tap lines rather than purchasing it elsewhere.

Her recommended beer to sample: In the Steep (New England IPA) 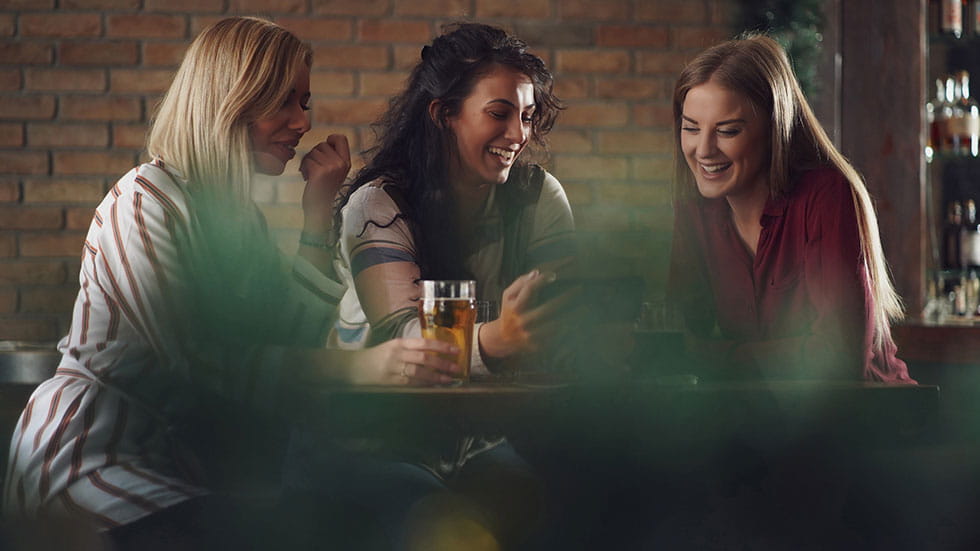 Craft-beer drinkers seeking something different will find it at Superstition Meadery, which has a dedicated following for its daring and unique concoctions. Legally it’s a winery; however, you won’t find wine as you may know it here. It specializes in cider and mead, which is a libation fermented with honey, yeast and water. The fermented offerings involve creative blends of seasonal ingredients ranging from maple syrup to raspberry to mango. While the main tasting room is based in Prescott, the Herberts recently opened a second location in downtown Phoenix that is billed as the “world’s first mead and food pairing restaurant.”

Why it’s a must for Domingues: “It brings the world’s oldest fermented beverage [mead] into the 21st century with the finest ingredients available.” 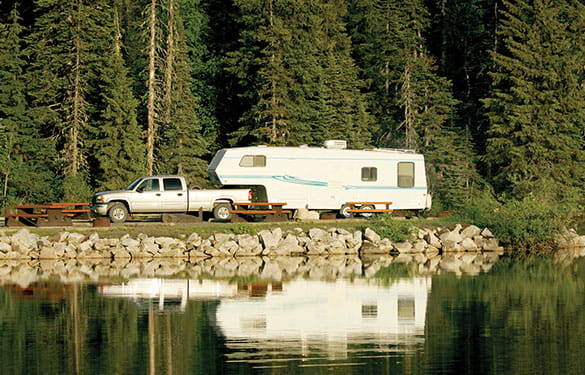 How to Back Up Your RV 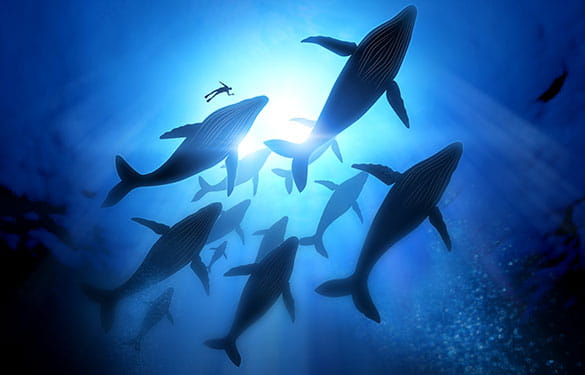 Where To See Whales, Dolphins Turtles, And More 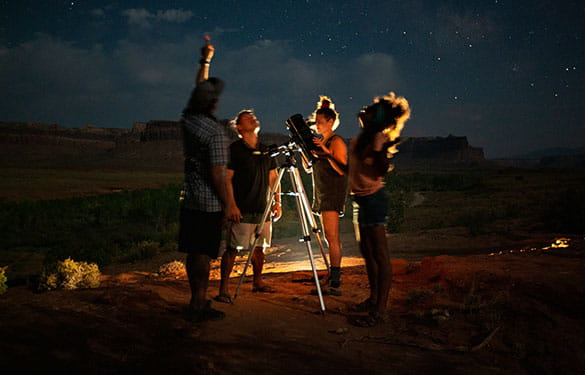