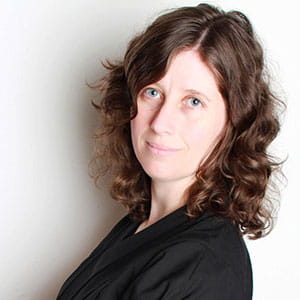 A day at the beach is great, but taking a stroll along a beach boardwalk is even better. These nostalgic walkways are linked not only to the sand but also eateries, shops, and public attractions. Here are 10 beach boardwalk locations to wander up, down and across. 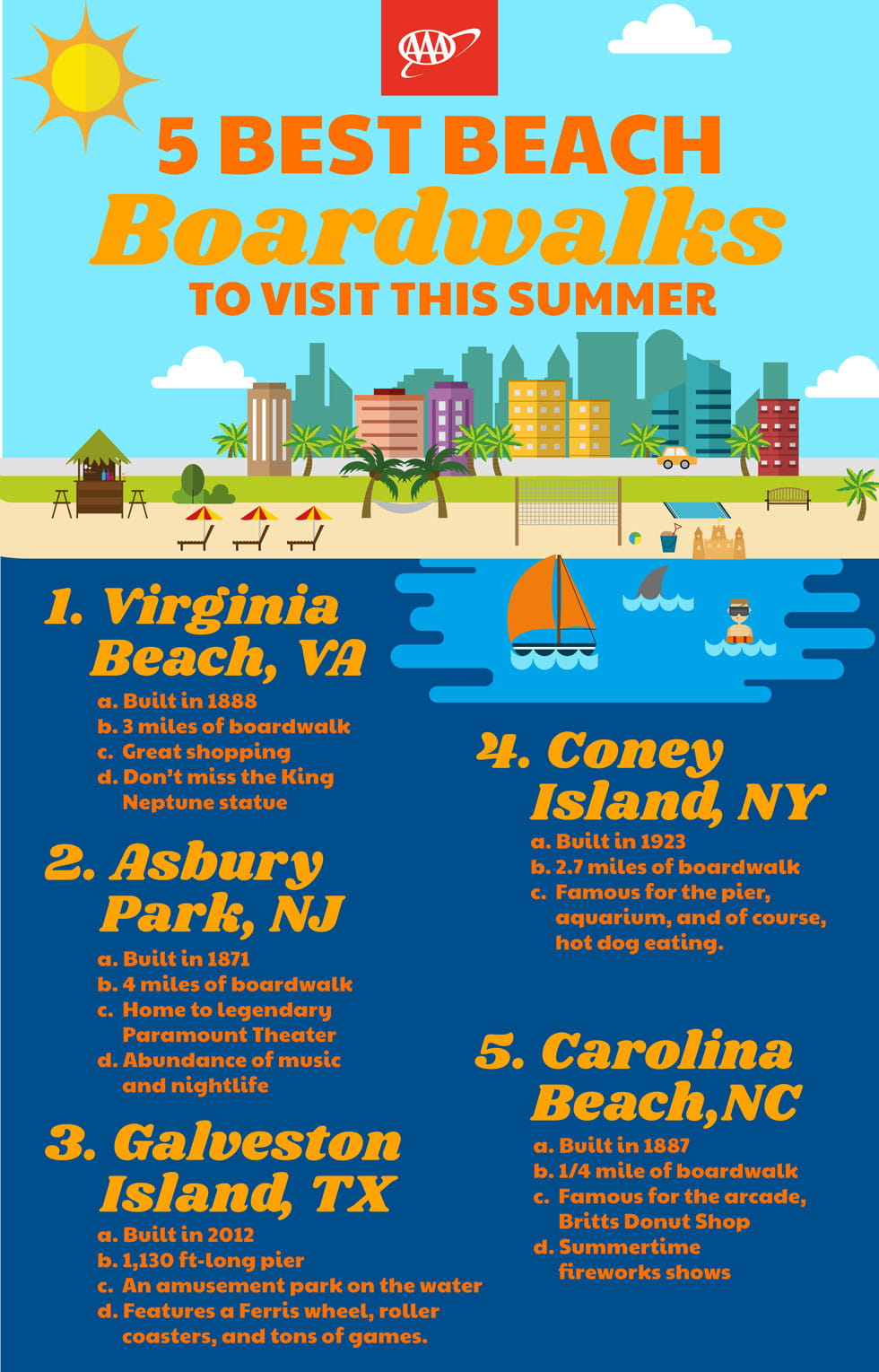 VIRGINIA BEACH
First built in 1888, this Virginian city’s boardwalk today boasts 28 feet and three miles across from its ocean front, with a beachside fitness park and a separate bike path. Adjacent Atlantic Avenue has good shopping. Take a photo at King Neptune, a 24-foot, 12-ton bronze statue towering over the gateway to Neptune Festival Park. 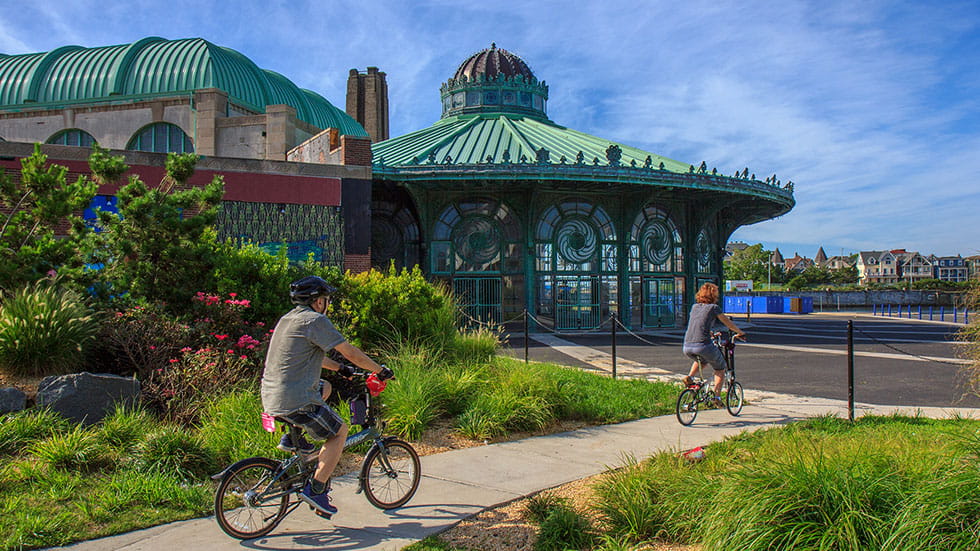 ASBURY PARK, NEW JERSEY
While Atlantic City is credited as having the first boardwalk in the world, Asbury Park’s version has come into its own. The Paramount Theatre has hosted natives Bruce Springsteen and Frank Sinatra and other legendary performers. There’s also the Stone Pony, a rock music club, and the Wonder Bar, a nightclub and grill. 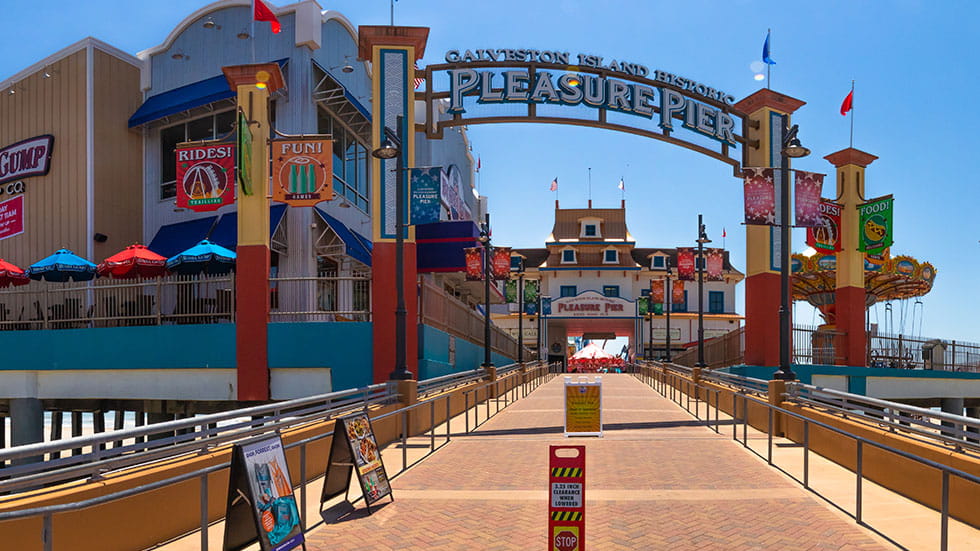 GALVESTON ISLAND, TEXAS
This Galveston Island Historic Pleasure Pier started out as a World War II recreational facility for the U.S. military, but then evolved over time into a family destination. In 2012, after a major renovation, the pier reopened and was transformed into a still-active amusement park. 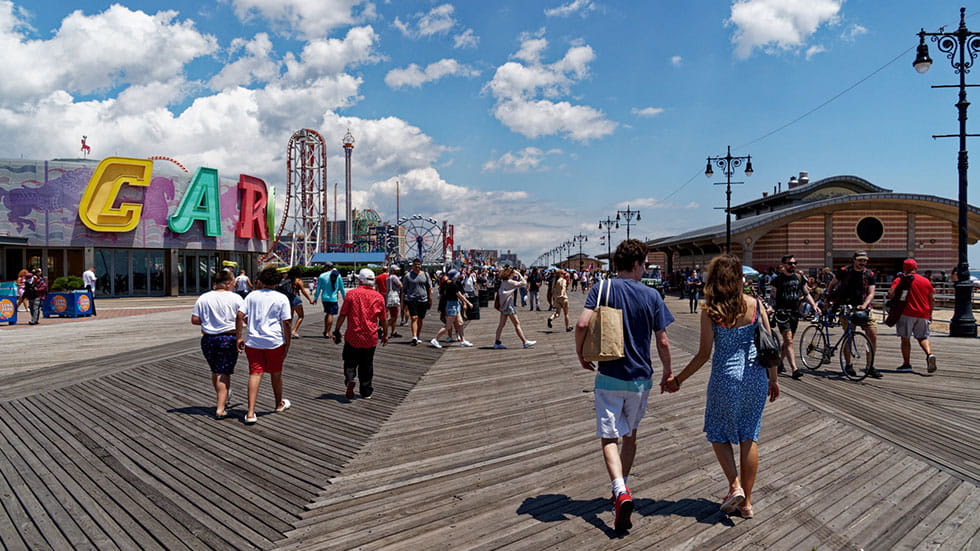 CONEY ISLAND, NEW YORK
Named the Riegelmann Boardwalk, this Brooklyn beach spot has been a fixture at this major summer destination since 1923—it would be reconstructed numerous times—and given landmark status in 2018. It’s aligned with iconic attractions including the Steeplechase Pier, New York Aquarium, Luna Park in Coney Island, and Nathan’s Famous. 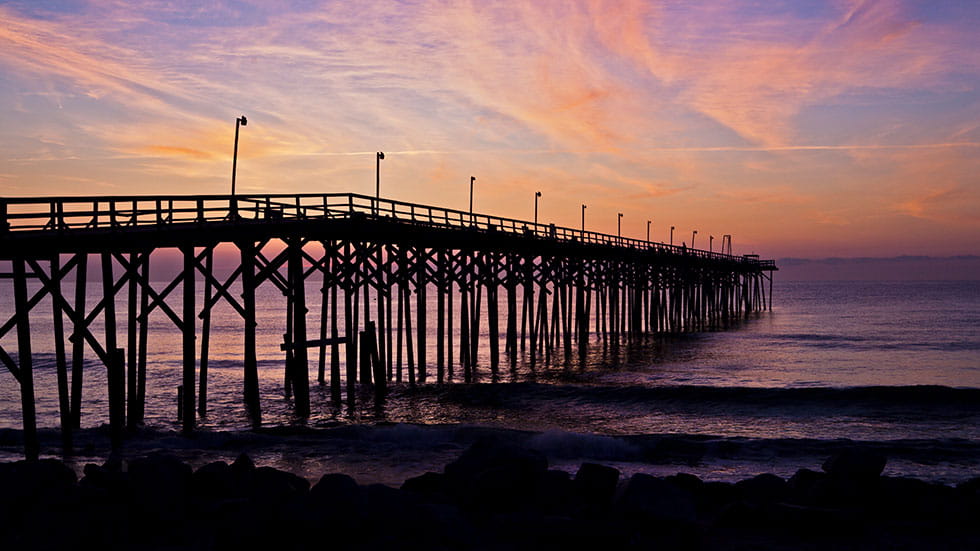 CAROLINA BEACH, NORTH CAROLINA
Dating back to 1887, this 750-foot wooden Carolina Beach Boardwalk was rebuilt after a fire and then a hurricane, and then later on, revitalized to improve its accessibility. Visit Britts Donut Shop, an eight-decade fixture, and the Carolina Beach Arcade—plus catch a summertime fireworks show.

MYRTLE BEACH, SOUTH CAROLINA
The 1.2-mile-long Myrtle Beach Boardwalk & Promenade provides ocean views of the beach line amid its downtown area. Go for a ride on the SkyWheel Myrtle Beach, visit various Ripley’s attractions, or dine amid its various restaurants, such as the Landshark Bar and Grill. 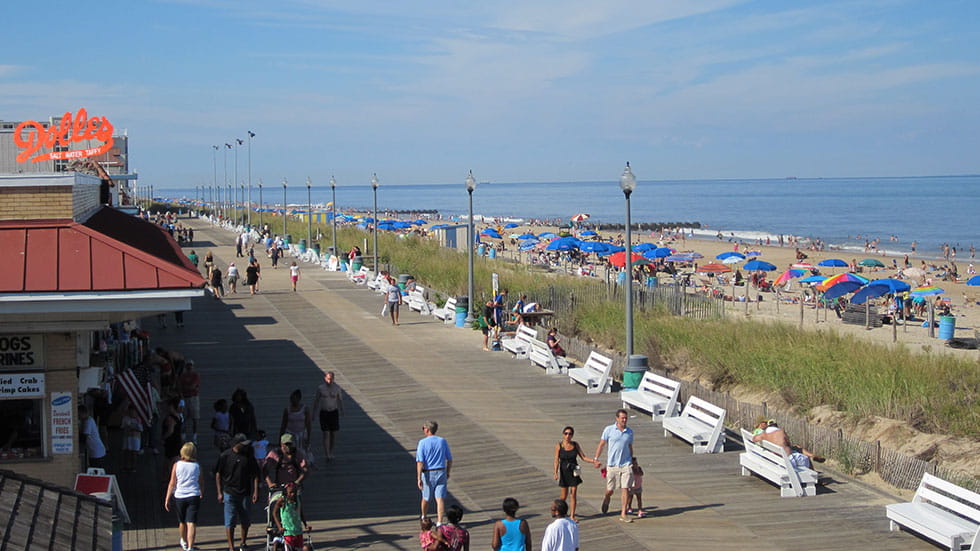 REHOBOTH BEACH, DELAWARE
This milelong boardwalk is packed with family-friendly diversions, seasonal festivals, and a Fourth of July celebration. Get a sauce-swirled slice from Grotto Pizza and a vinegar-doused tub of Thrasher's French Fries, or wait until after your ride time at Funland amusement center. 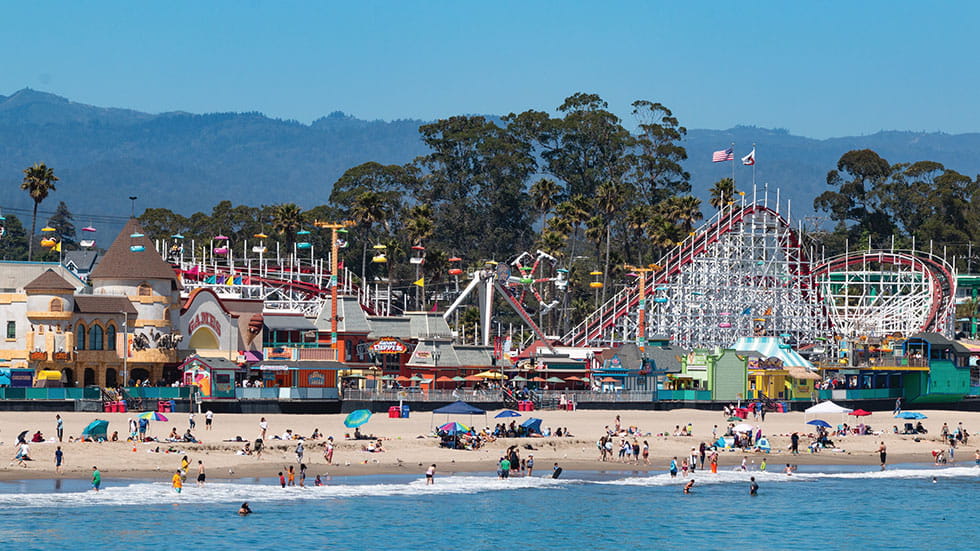 SANTA CRUZ, CALIFORNIA
Amid its beach setting, the Santa Cruz Boardwalk is said to be the oldest seaside amusement park in California. The Giant Dipper roller coaster and the Looff Carousel are National Historic Landmarks, and there’s also a 125-foot Double Shot tower, an indoor arcade, and the Sky Glider funicular. Or, hang out at Neptune’s Kingdom, a nautical themed attraction. 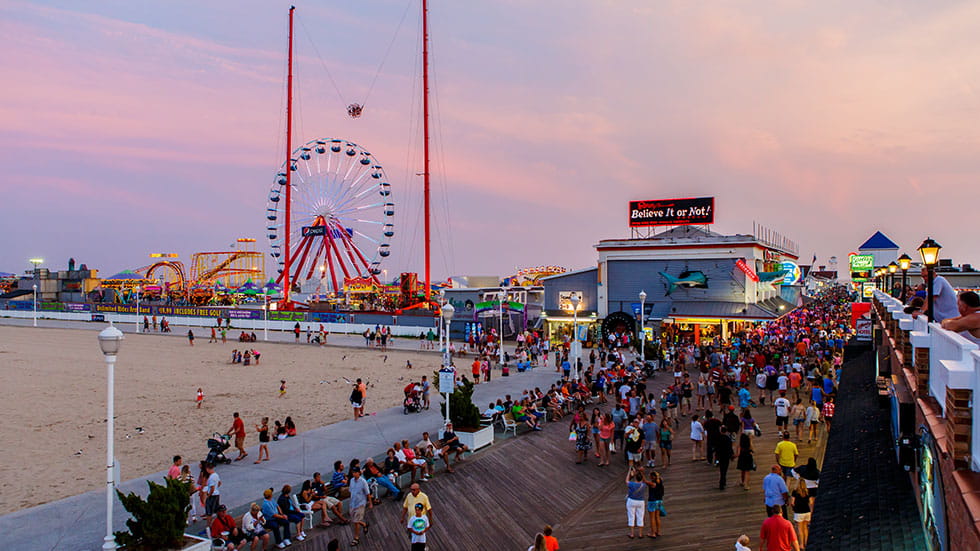 OCEAN CITY, MARYLAND
First installed in 1900, this three-mile boardwalk is full of history, especially with the longtime Trimper’s Rides, which is the oldest, continuously single-family-run amusement park. Along with another ride attraction—Jolly Roger at the Pier—there are places for sweet treats and good eats plus a museum housed inside a Life Saving Station, a predecessor of the U.S. Coast Guard. 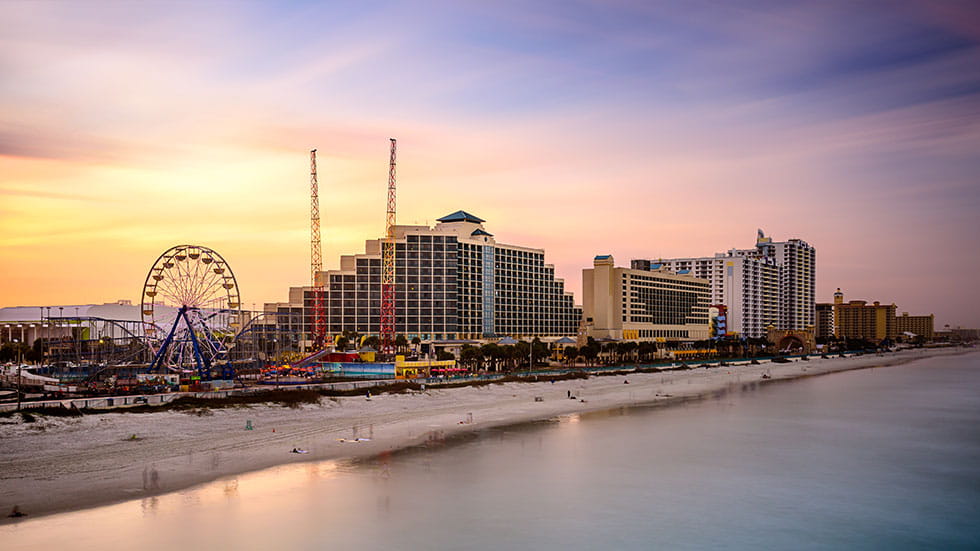 DAYTONA BEACH, FLORIDA
Along with a neighboring pier, and with Oceanfront Park to its north, the Daytona Beach Boardwalk is surrounded by much entertainment. The Joyland Amusement Center has arcade games and family thrill rides, while the Ocean Walk Shoppes offer souvenirs and dining options, and the Daytona Beach Bandshell holds open-air concerts. From Memorial Day through Labor Day, a fireworks show happens on Saturday nights. 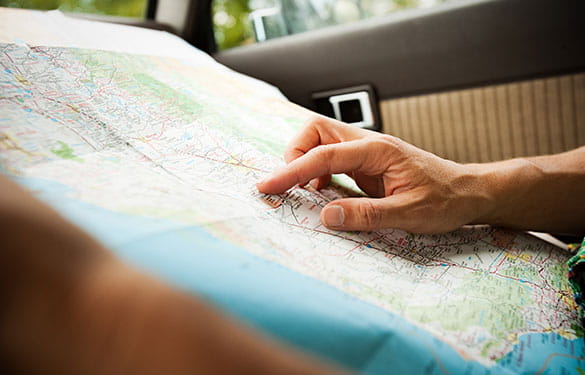 The Best & Worst States For A Summer Road Trip 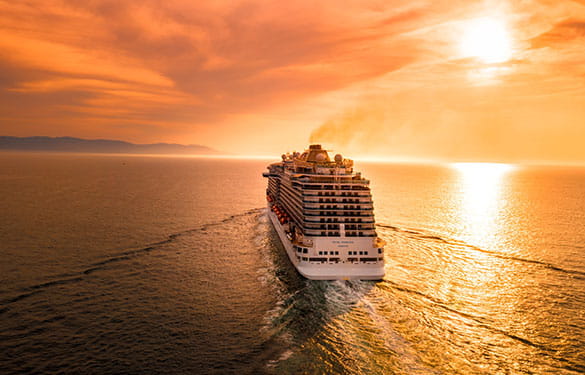 Save Money On Your All-Inclusive Cruise 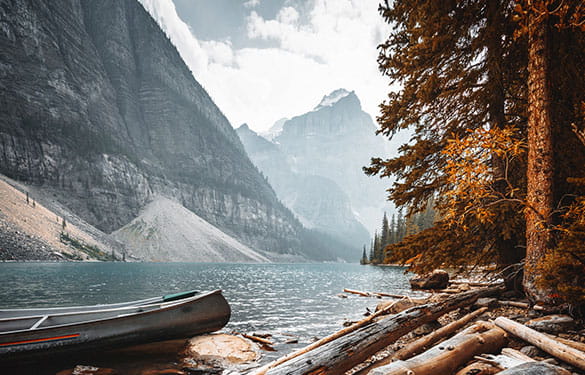