AVOID THE CROWDS ON THESE AMERICAN ADVENTURES

When it’s time to hit the road with the kids, think outside of the vacation box. While most family-friendly vacations in the USA typically revolve around a handful of settings, such as major theme parks or popular beaches, these settings also attract big crowds (especially in summer).

For families who wish to avoid the crowds that these popular destinations attract—or for those who have already been-there-done-that and are looking for something more unique—here are some less-obvious places to consider for your next family road trip. 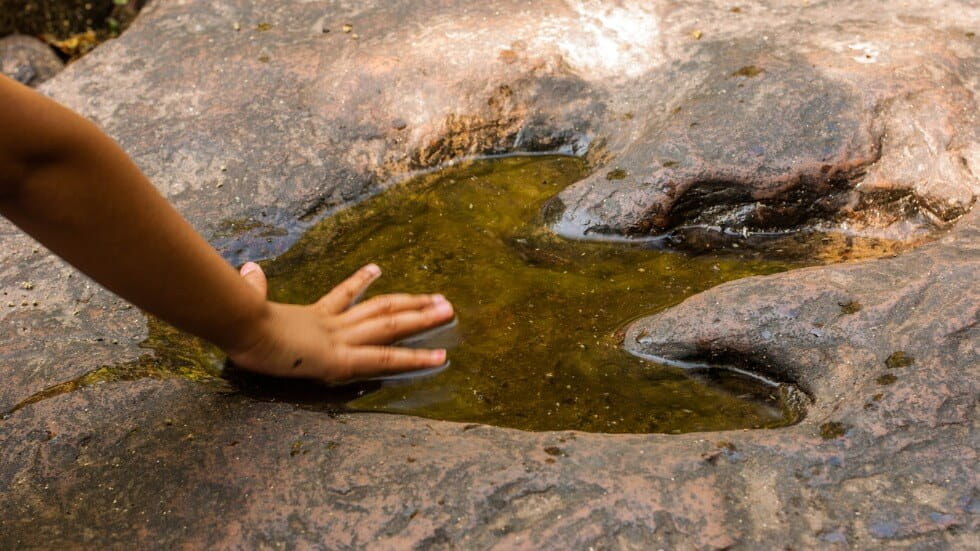 Head west for an adventure straight out of the Jurassic Era. The Cowboy State used to be a Dinosaur State millions of years ago—and traces of these gigantic creatures remain to this day throughout Wyoming to the delight of amateur dinosaur hunters. Come face-to-face with ginormous dino skeletons, mammal fossils, and fossil footprints in a  dinosaur-themed circuit that weaves through less-traveled parts of the state.

Start with the Wyoming Dinosaur Center & Dig Sites (Thermopolis), where kids and adults can play paleontologist for a day by helping to dig for bones at active dig sites in the surrounding hills. It was recently named one of the “World’s Coolest Places for Kids” by TIME. At Paleo Park (Newcastle), go on a two-hour tour of an amazing dinosaur graveyard uncovered in 1998—one that’s revealed two triceratops skeletons among other prehistoric treasures. At the Cottonwood Creek Dinosaur Trail (Alcova), literally walk in the footsteps of dinosaurs that roamed the Earth millions of years ago. The trail is home to dinosaur fossils from the late Triassic and Early Jurassic periods still in their natural setting. 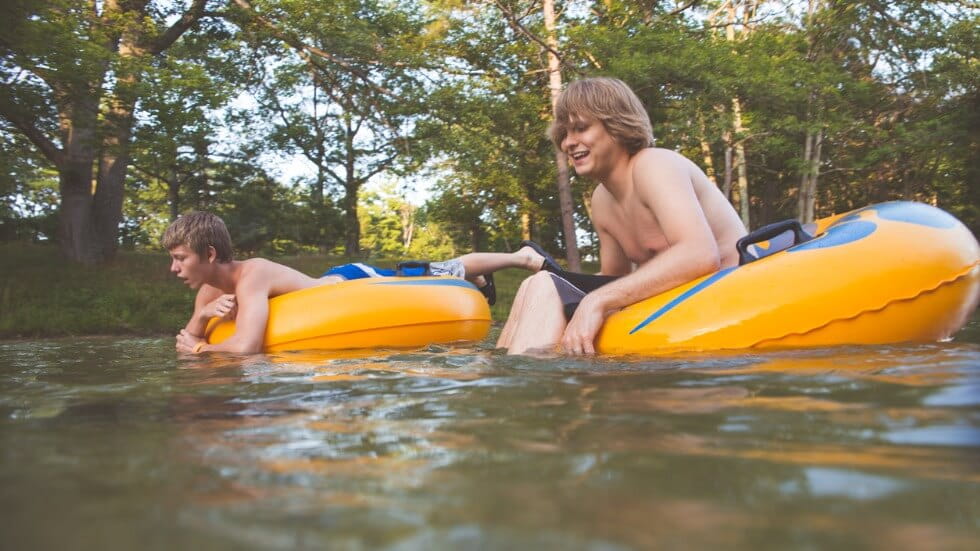 Instead of revolving your road trip around the H20 nirvana that is the “Waterpark Capital of America,” the Wisconsin Dells, head to the next state over, where sand is a top attraction. You’ll trade sliding down waterslides for sliding down sand!

Sleeping Bear Dunes National Lakeshore is home to towering sand formations—some as high as 300 feet—that beckon families to climb up and roll down. The Dunes reside along Michigan’s M-22, a gorgeous drive that hugs the Lake Michigan shoreline for 117 miles and passes through small towns and sandy beaches that make for a memorable family vacation. Another can’t-miss activity in this region of Michigan: floating in an inner-tube on the Platte River, a nature-made “lazy river” that winds through the southern edge of the Dunes. You won’t find this in the Wisconsin Dells! 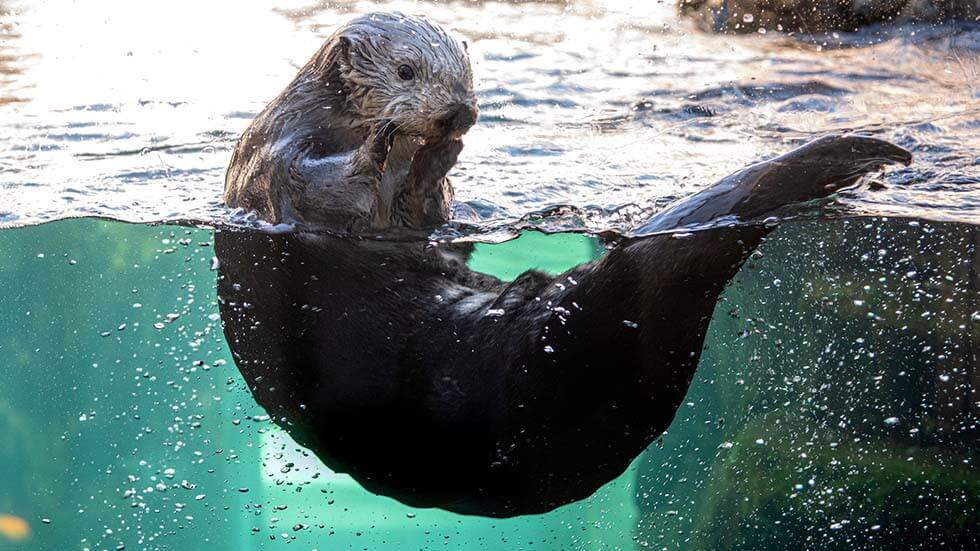 San Diego may be home the world-famous San Diego Zoo; but further up the coast, Monterey is home to an animal sanctuary with equally glowing global accolades: the Monterey Bay Aquarium. Here, you can get say “hello” to sea otters, sharks, jellies, penguins, and other creatures of the ocean.

Animal encounters in Monterey don’t end at the aquarium, however. Go whale watching during the Humpback whale migration (April-December). Hit up the beaches and hikes of area gems such as Point Lobos State Nature Reserve, where you’re likely to be rewarded with sea lion and sea otter cameos. And when you’ve had your fill of animals and just want to let the kids act like wild animals themselves, take them to Dennis the Menace Playground, an enormous public park and playground named after the beloved (and mischievous) comic strip character. Monterey is an ideal stop along a more robust Pacific Coast Highway (PCH) road trip, so consider pairing it with destinations such as San Francisco and Big Sur. 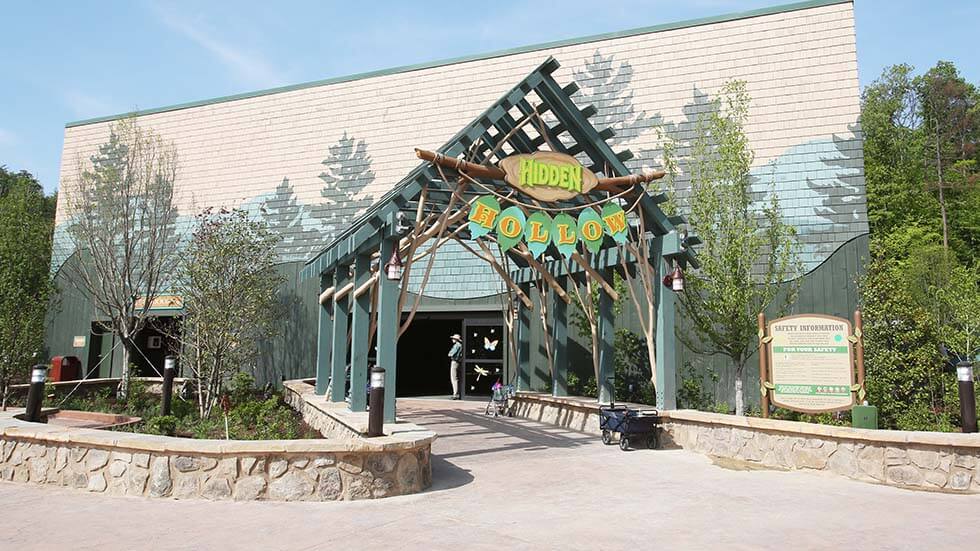 THE SOUTH
Skip Orlando; Check out the Smoky Mountain Region

Forgo the concrete forest of Orlando, home to amusement park behemoths Disney World and Universal Studios, for a more relaxed setting within the forest of The Great Smoky Mountains. Tucked into the rolling landscape you’ll find an amusement park founded by the great country singer Dolly Parton, Dollywood, and a national park that extends for more than 500,000 acres. Streams, rivers, waterfalls, and wildflowers are just some of the natural eye-candy you’ll find on hikes, many of which are suitable for little legs. Rent a log cabin home—perhaps one with an indoor pool that features a giant movie screen to host family movie nights. (It’s a popular vacation home feature in these parts). And instead of Mickey Mouse, you may be lucky to spot a black bear from your private porch boasting panoramic mountain views. 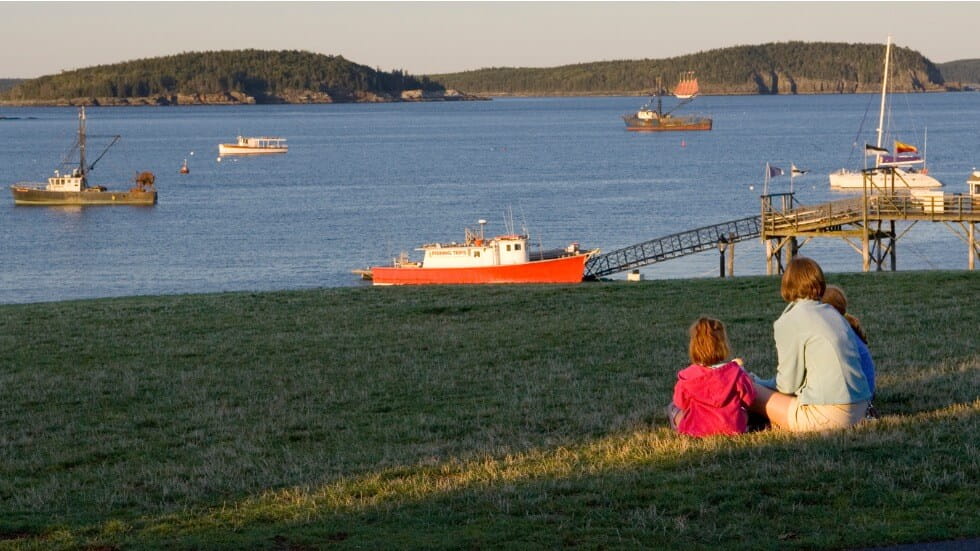 Trade boardwalks and beach parasols for lighthouses and lobster hunting in Maine. Begin in Boston and make your way up to Bar Harbor, a five-hour drive up United States Route 1 that’ll take you past coastal towns and beautiful lighthouses (many of which you can visit). Bar Harbor is home to Acadia National Park, one of the country’s most underrated national parks. It’s 46,000 acres of cedar-fringed mountains, rocky cliffs, and fun hiking trails. It includes land on 20 different islands, including its most famous, Mount Desert Island. The park offers something for everyone: camping, hiking, carriage rides, motor drives, swimming and boat trips.

Once your family is tapped out on nature, retreat to Bar Harbor, a town that caters to families, including a downtown that’s stroll-able (and stroller-able) on warm summer nights. Lobster boat tours depart from here, and elsewhere along the Maine coast, giving you a chance to learn the ways of the lobstermen and lobsterwomen: pulling up traps and deciding whether a lobster is good for dinner or needs more time in the sea. Kids will also love to spot the starfish and crabs that make their way into the traps, and you may spot other ocean dwellers (whales!) on the boat ride. The tours also come with a tasty perk: You often can buy your catch and have a local restaurant prepare it for you. What better way to end an adventurous day outdoors than with a fresh-caught lobster dinner, followed by a deep and restful sleep to the sounds of the ocean.