ENTERTAINING ACTIVITIES THAT CAN BE PLAYED ANYWHERE

Whether you’re on a family camping trip or just hanging out in the backyard, it’s super handy to know a few fun and easy outdoor games to keep the kids busy. Outdoor games don’t have to be complicated to be fun. It’s actually better to keep things simple, with easy-to-understand instructions, so kids will be encouraged to play. The longer you can keep them outside in the fresh sunshine, the better. And, it gives the grown-ups a chance to enjoy some adult conversation.

Here are some fantastic outdoor game ideas that are easy to play and set up. 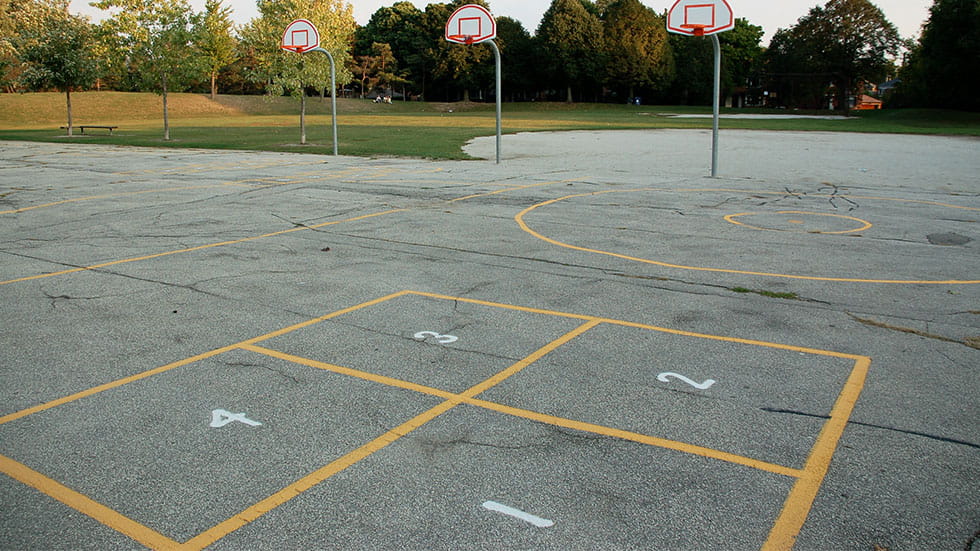 Here’s what you need to play:

To play the game, start by drawing an 8- to 10-foot square on the playing area. Divide it into four smaller, equally sized squares and label them 1 thru 4 going clockwise.

How the game is played:

Have four players stand in one of the squares. The child standing in square one bounces the ball to a child in another square. The second child must hit the ball to another square without letting it bounce more than once inside their square.

If a child misses or allows the ball to bounce more than once inside their square, they’re out. If you have more than four players, another child can rotate in to take another child’s place.

The child who stays in the game the longest wins. 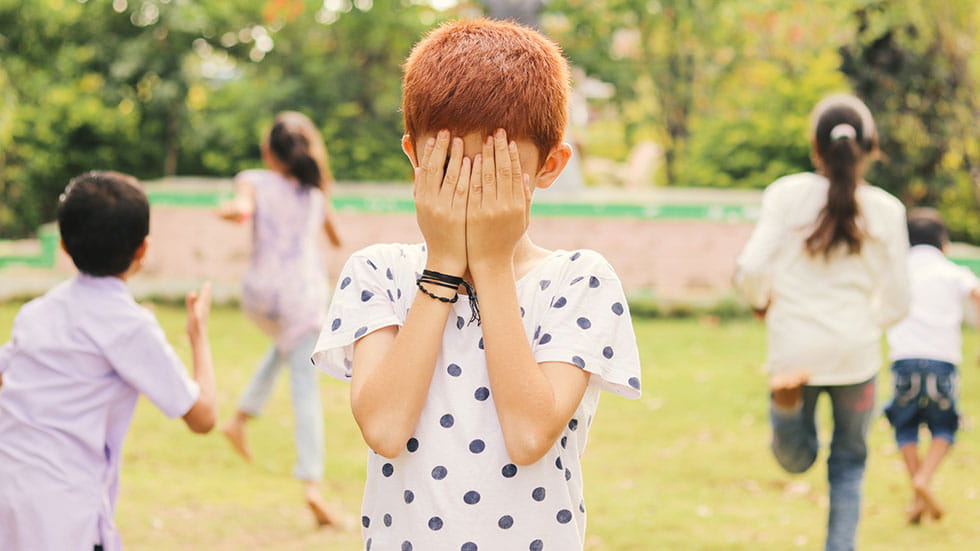 SARDINES
Sardines is a fun spin on traditional hide-and-seek. There’s no equipment required and the more players you have, the more fun the game will be.

Here’s how the game is played:

The game starts with one child being “it.” This player hides while everyone else looks for them. Every time a player finds “it,” they join them in the hiding spot. One-by-one, the players all cram into the hiding spot like sardines. The last person who finds the hiding spot has to be “it” for the next round.

RED LIGHT, GREEN LIGHT
Here’s another easy outdoor game that doesn’t require any equipment or set up. It works for big or small groups, too.

Choose one person to be the “stoplight.” The stoplight player stands with their back to the rest of the group, who stays about 20 feet behind them.

The game ends if every player is out before someone reaches stoplight, or when someone tags them. The first person to tag stoplight gets to be stoplight in the next round. 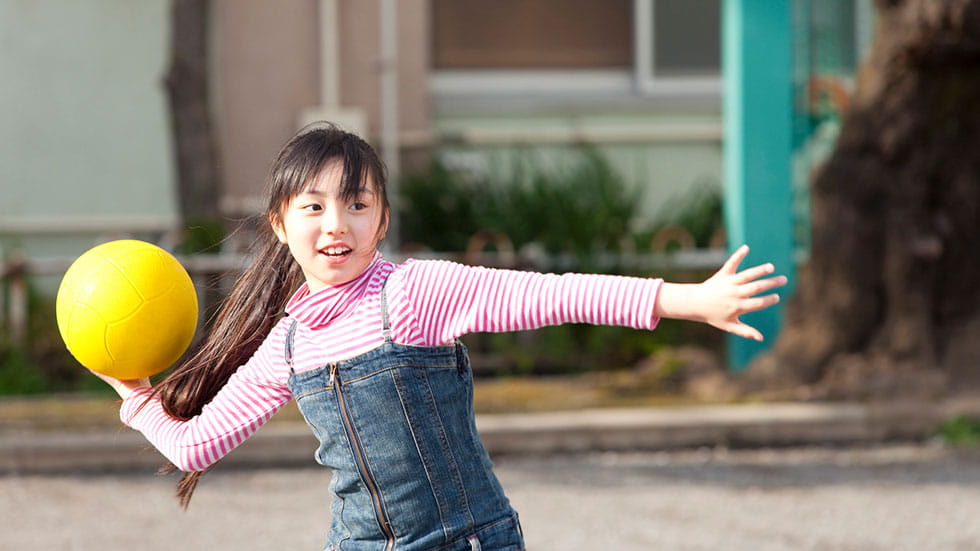 SPUD
SPUD is a ball game that requires the players to run as far and fast as possible away from the person who’s throwing the ball. Then they have to dodge the ball when it’s thrown, but they can’t move their feet. The only equipment required is a foam ball that won’t hurt the kids if they get hit.

How the game is played:

The player who is “it” stands in the middle of the play area holding the foam ball. Everyone else stands around them, about an arm’s reach away.

It throws the ball and tries to hit one of the frozen players. The frozen players can try to dodge the ball, but they’re not allowed to move their feet. If the player gets hit with the ball, he receives the letter “S” and becomes “it.” If It misses, they stay in the middle for another round.

The game continues until one player receives all four letters- “S-P-U-D,” which means that player is out. The game goes on until only one player remains. The last player standing is the winner. 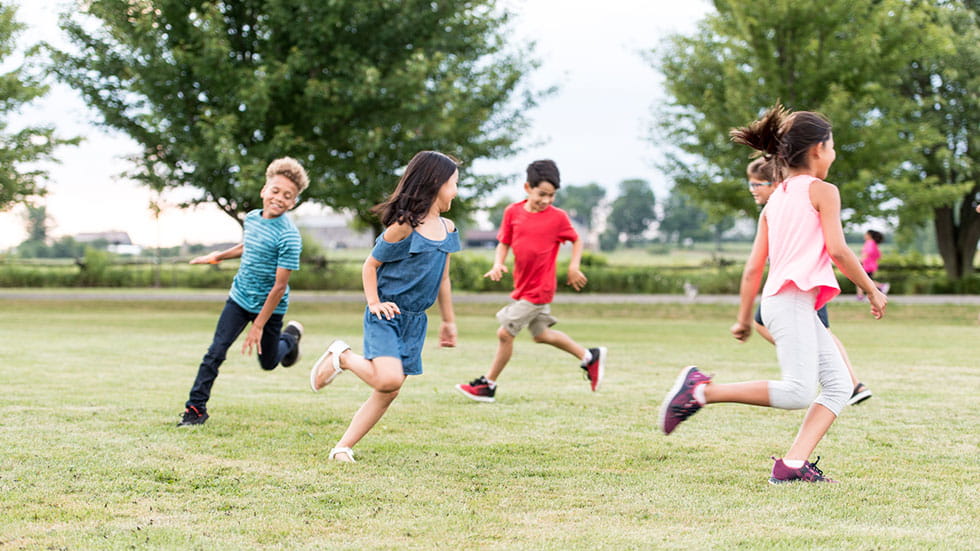 FREEZE TAG
Here’s another classic that requires no special equipment, kids love it, and the thrill of chasing each other around is sure to tire them out.

How to play the game:

If your group is about 10 to 12 kids, two players should be “it.” Larger groups can have three it players and small groups just one. If your area is big, set up some kind of boundaries using trees or some objects as markers.

The players who are it yell “Go” and the rest of the group runs away in every direction. The players who are it try to tag everyone else. When tagged, a player freezes in places and can only run again if another non-frozen player unfreezes them. The last ones who aren’t frozen are it for the next round.

These fun and easy outdoor games are a great way to keep the kids entertained in the great outdoors. Since they required very little equipment, they can be played almost anywhere, from the campground to your local park, or even in your own backyard.

This content was created in partnership with Arrive Outdoors.