Life
THE BEST WAYS TO PROTECT YOURSELF ONLINE

REDUCE YOUR RISK AND PREVENT IDENTITY THEFT BEFORE IT HAPPENS The FBI's 2019 Internet Crime Complaint Center's annual report told of growing online threats. The FBI saw both the highest number of complaints and the highest dollar losses reported since tracking began in 2000.

It's imperative to remain vigilant and take safety precautions each time you go online to avoid adding your money to the more than $3.5 billion lost to crime in 2019. Internet fraud can affect anyone, regardless of age. While the elderly are at higher risk, over $400 million was stolen from victims under the age of 20 last year. You can reduce your risk by taking a few easy steps. 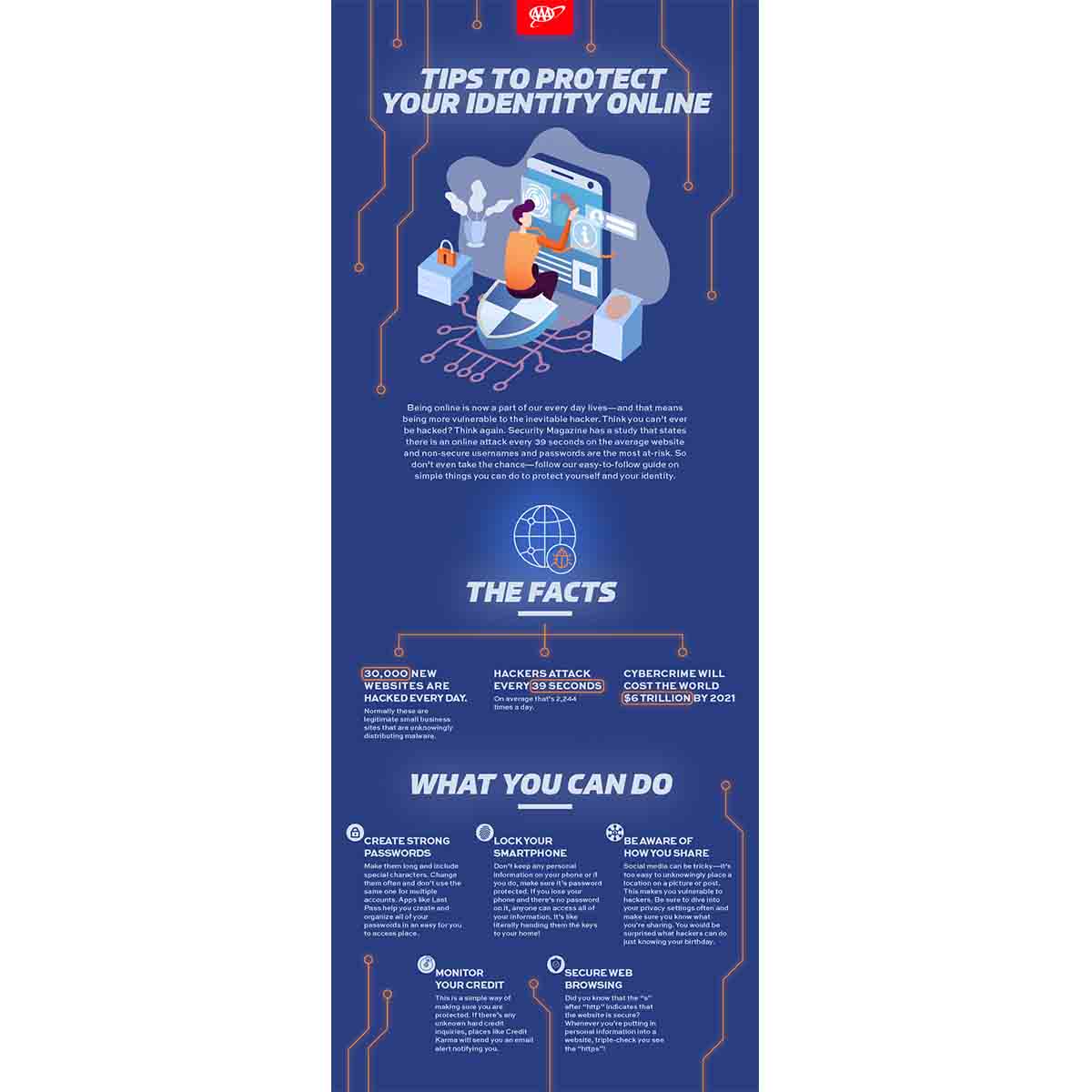 USE A VPN
A VPN, or virtual private network, keeps you safe when accessing the internet via public WiFi networks in hotels and coffee shops. Your data is encrypted as it travels between your computer and the VPN server. This protects your banking information, passwords, and other data that you transmit while online. As an added benefit, since your data is sent to the VPN's server, your location is also unknowable to prying eyes.

CREATE STRONG PASSWORDS
Having a strong password means using a different one for each site you access. It means choosing something of at least eight characters long and avoiding including personal information like your birthdate that someone could easily guess or lookup. Strong passwords should be a mix of uppercase and lowercase letters, numbers, and special characters. Some computers and many third-party password storage apps can help auto-generate strong passwords for you.

Setting up two-factor authentication can also increase security. This might include having a code texted to your mobile phone or having to grant permission from one device before being allowed to access another. 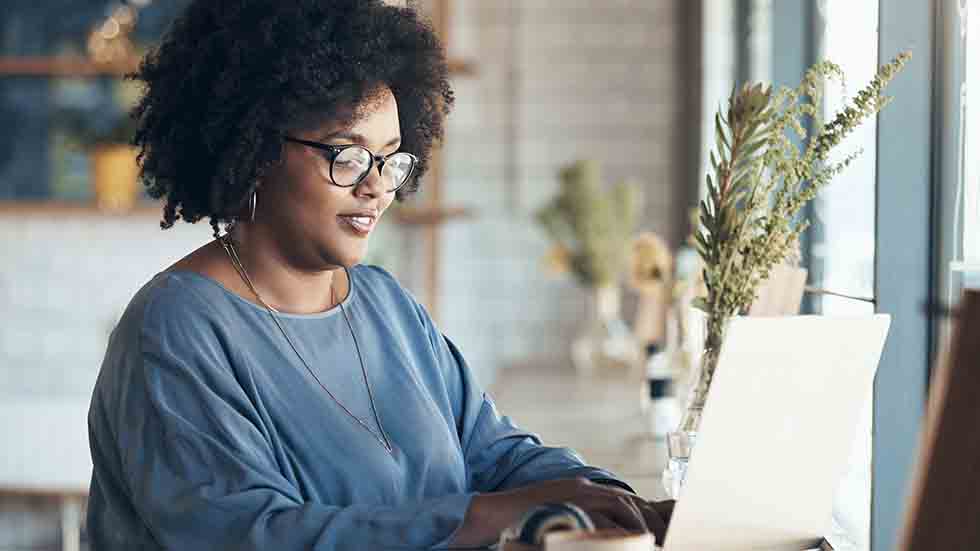 MONITOR YOUR ACCOUNTS
VPNs and passwords work to prevent identity theft before it happens. However, you should always review your credit card statements just in case a theft has already taken place.

Additionally, you can monitor your credit report using free or paid services from banks and third parties. You can also receive notifications if your social security number is used on applications or if new accounts are added to your credit report.

BE CAREFUL WHAT YOU CLICK ON
The most frequent internet crime in 2019 was phishing. In this crime, a hacker sends an email that appears to be from a real company in an attempt to glean personal information such as passwords and bank information. This can apply to text messages as well.

While criminals are growing more sophisticated, here are two quick ways to spot a phishing attempt.

First, always view the full sender's email address. Don't assume the email is from someone you know just because the name is showing as something familiar. Hackers can create email accounts using any name they want.

Second, make sure that links you click on take you where you expect to go. Hover your mouse over links and buttons before clicking them or copy the link and view the exact address to verify it is pointing to the expected website.