My Happy Place Semi-Finalist, Can’t Take My Eyes Off You by Kira Knerr

Nature Semi-Finalist, Sunset Over The Watchman by Val Bauduin

People Semi-Finalist & 4th Runner Up, Gateway in the Shadows by Rebecca Lambers

Travel Semi-Finalist, Sunrise on the Chesapeake by Rebecca White

Travel Semi-Finalist, Lead Me Into The City by Andrew Weiss

When it comes to travel photography, it’s not where we go but, rather, where an image takes us. And while the winning images of the 2021 AAA World Photo Contest, themed “A Picture Is Worth a Thousand Dollars,” took us to postcard-perfect places around the world—from ancient sites to modern cities, from rugged wildernesses to tranquil beaches—they also took us on a journey of the imagination, inspiring wonder and forging connections to the stories beyond the frame.

A huge thank-you to everyone who entered their photographs as well as those who voted in our 22nd annual contest. On the following pages, we explore the five award-winning photographs with stories that take us both behind and before the lens. 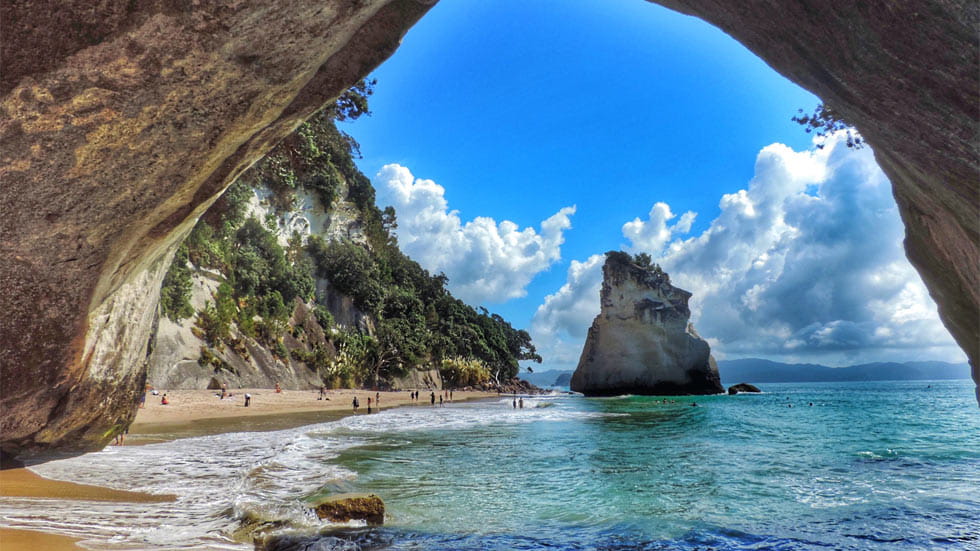 As a preschool teacher, Shevland spends most of her time in a high-energy environment—and wouldn’t have it any other way. But when she finds the time to pause and savor special moments, it’s photography that brings her joy.

“Photography gives me a chance to slow down and only focus on a small portion of the world, to see the beauty that lies within just that one frame,” she says. “It’s such a change from my normal day. The images I produce end up providing me with such a wonderful feeling of peace and serenity.”

That sense of peacefulness is conveyed in Shevland’s composition of the naturally formed archway of Cathedral Cove and Te Hoho rock on New Zealand’s Coromandel Peninsula.

“I think I was just in a beautiful place at a beautiful time,” says Shevland of her photo titled “Natural Window to Beauty,” which took the grand prize in this year’s contest and top honors in the My Happy Place category. 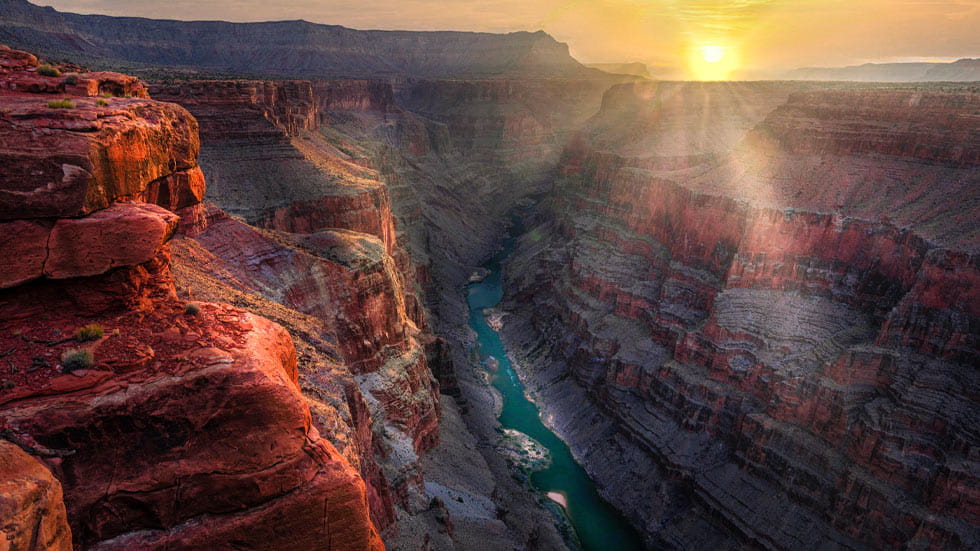 That was the case for Juliano when he ventured to Grand Canyon National Park last May on a guided small-group four-wheel-drive-vehicle tour that took him to the Toroweap Overlook. The rugged overlook is perched on a gorge some 3,000 feet above the Colorado River in a part of the park’s North Rim that’s the ancestral home of the Southern Paiute people.

“The overlook is in a remote area that’s more than 60 miles from the main road, and there’s no cell service and no handrails there,” says Juliano. “I had seen many shots of Toroweap in the past, but I wanted to make the picture my own. So, I made my way to a spot where I could see the river and capture the color of the rocks, with the sunlight so beautifully glancing off the rocks to give them a reddish hue.”

Juliano’s astute planning around those dramatic conditions earned him the number-one spot in the Nature category, his first photography award. 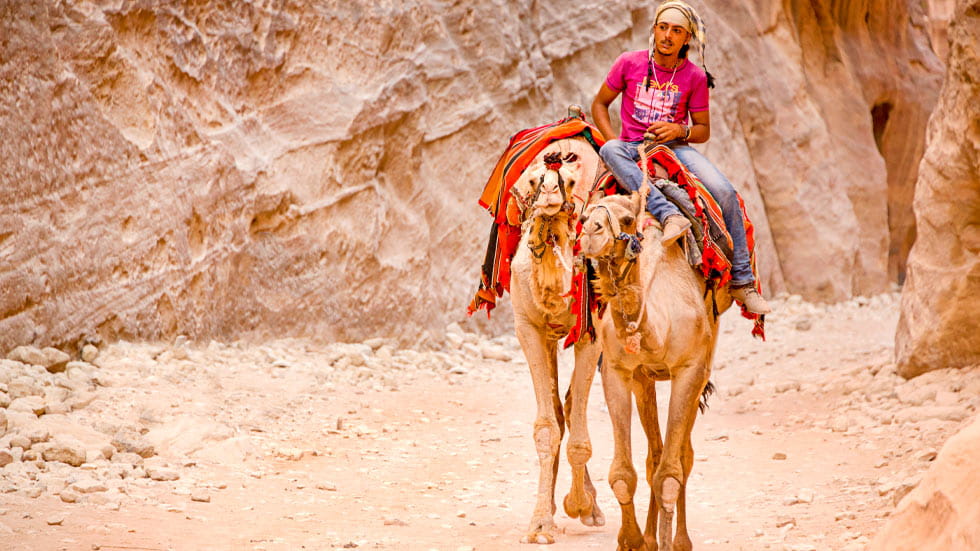 Robbins was visiting Jordan’s Petra Archaeological Park, a UNESCO World Heritage Site with ancient tombs and temples carved into its mountains of rock, when a colorful image of a man and two blanketed camels set against pink-hued sandstone captured his imagination.

“After reviewing the structures and relics for several hours—and taking lots of photos—I saw this man and his camels descend a hillside, round a bend in the canyon and come into view as he looked for his next rider,” Robbins explains. “I was struck by the colors of his clothes and the blankets contrasting against both the sandstone and the camels.

“As the man was moving from my right to left and looking off to the left, I wanted the photo to capture the movement in that direction,” he adds, so he adjusted for the overcast conditions and used a telephoto lens.

That strategy paid off, garnering Robbins the highest honor in the Transportation category for his intriguing image titled “Petra”—his ninth AAA World Photo Contest award in the past seven years. 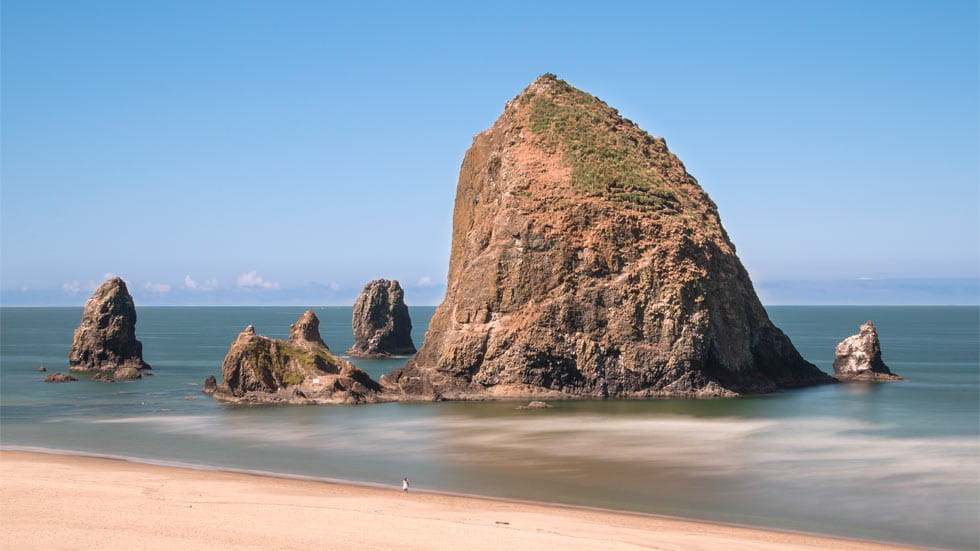 On the heels of a trip to Europe in May 2017, Horn decided to “fit in” a visit to the US West Coast, which had long been on her travel bucket list. She had always been especially drawn to Oregon and dreamed of seeing in person Haystack Rock, a basalt sea stack rising 235 feet from the shoreline in Cannon Beach that’s part of the Oregon Islands National Wildlife Refuge.

That dream came into focus when she checked into her hotel smack-dab on the beach with a picturesque view of “the rock.”

“From our room and balcony, Haystack Rock was directly in front of us. I could actually sit on the porch, set up my tripod and take photos,” Horn says. “I did walk down to the water several times and took photos close up, but from the balcony, I could get shots at all times of day and as the weather and lighting changed.”

Of the numerous shots she composed, it was this image, which swept the Travel category, that best portrays the majesty of this millions-of-years-old monolith. 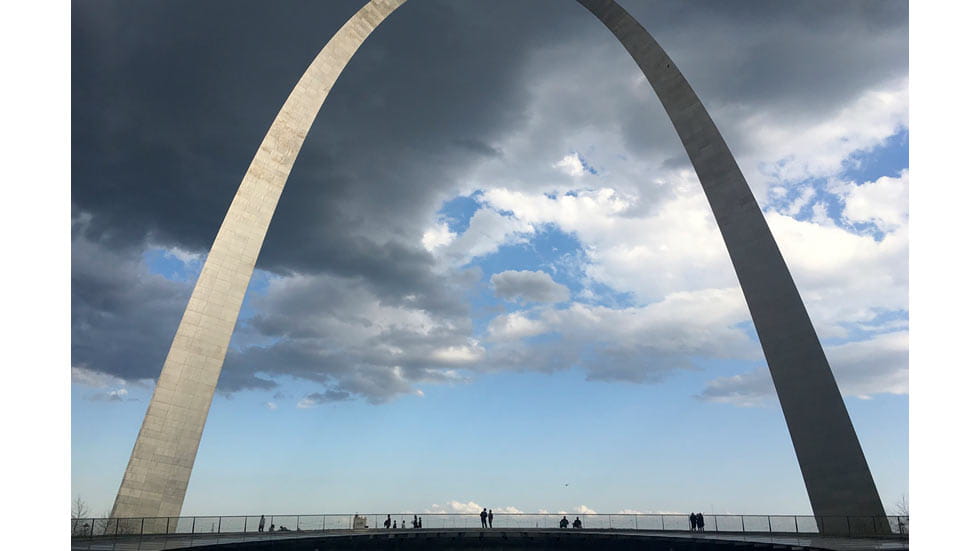 The caprices of spring weather were at play when Lambers and her son set out on a road trip last year to St. Louis to tour a college that her son was considering. Making a detour downtown to visit the city’s iconic attractions, Lambers was unaware of the impending thunderstorm when she arrived at the Gateway Arch, the soaring 630-foot-tall steel monument that’s known as the Gateway to the West.

“As I was standing in front of the arch looking at the [Mississippi] river, the weather quickly started to change, with a lot of clouds moving in,” she says. “I noticed the interesting way the light was hitting the arch and the positioning of the clouds, so I began taking photos.”

The grandeur of the arch is also punctuated by the silhouetted visitors beneath it, helping her image, titled “Gateway in the Shadows,” to take home the top prize in the People category. 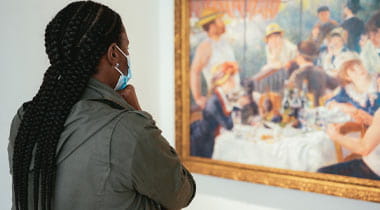 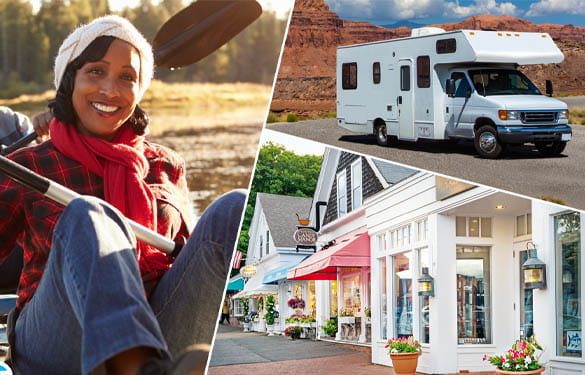 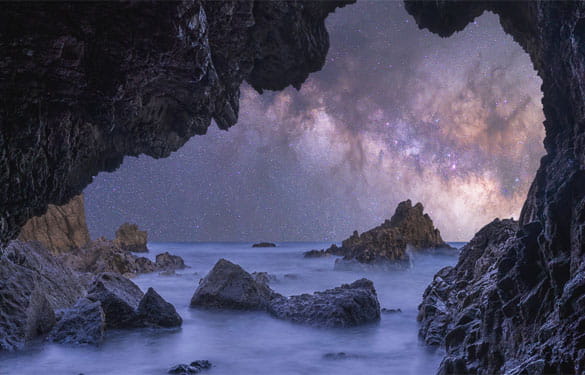