The Arts + Industries Building (AIB), constructed in the late 19th century, was the first museum opened by the Smithsonian Institution. Today it houses the Smithsonian’s 175th anniversary exhibition FUTURES. Photo by Roy Blunt/Courtesy of the Smithsonian

Suchi Reddy’s interactive multimedia sculpture me + you anchors the anniversary FUTURES exhibition in the AIB’s rotunda. Photo by Albert Ting/Courtesy of the Smithsonian

Suchi Reddy’s me + you collects data from visitors and uses it to create an ever-evolving light display uniting guests’ visions for the future. Photo by Mariah Miranda/Courtesy of the Smithsonian

The Smithsonian’s FUTURES exhibition showcases multiple visions of the future and allows visitors to imagine other possible developments for the future as well. Photo by Mariah Miranda/Courtesy of the Smithsonian

The exhibition’s imaginings for the future look at art, medicine, science, technology, community and more. Photo by FotoBriceno/Courtesy of the Smithsonian

While the FUTURES exhibition displays artifacts, it also encourages visitor participation through interactive exhibits. Photo by FotoBriceno/Courtesy of the Smithsonian

As with other Smithsonian exhibitions, children and adults can relate to the FUTURES displays and interactive exhibits. Photo by Mariah Miranda/Courtesy of the Smithsonian

COVID-19 vaccine National Institutes of Health co-lead Dr. Barney Graham (a subject of a FUTURES display) visited the FUTURES exhibition with his family on opening weekend. Photo by Foto Briceno/Courtesy of the Smithsonian

Some of the artwork included in the FUTURES exhibition includes past visions of the future, while other works are imaginings of what might still develop. Photo by Albert Ting/Courtesy of the Smithsonian

Visions for a workable future need to include ways for humans and plant life to coexist better than we do today—a subject these children find intriguing. Photo by Mariah Miranda /Courtesy of the Smithsonian

Bill Nye (aka the Science Guy), CEO of the Planetary Society, also showed up on opening weekend to see his display. Photo by Farrah Skeiky /Courtesy of the Smithsonian

Expanded Present, artist Soo Sunny Park’s iridescent installation on the AIB exterior, mixes fencing, metal studs and dichroic glass to reflect light differently based on weather, time of day and the spot from which it is viewed. At night, the work lights up the building’s entrance. Photo by Mariah Miranda/Courtesy of the Smithsonian

Museums have a reputation for being focused on the past, but the most famous of all US museums actually began with a focus on the future.

Back in 1881, the Smithsonian Institution opened its inaugural exhibition in what was then called the National Museum. It featured natural specimens, cultural artifacts and inventions that had earlier been showcased at the innovation-focused Centennial International Exposition of 1876 in Philadelphia. After the expo, the objects were loaded onto train cars headed to Washington, DC, and the National Mall.

Now, as the Smithsonian marks the 175th anniversary of its founding, it has unveiled a building-wide interactive exhibition that’s all about imagining and creating different futures.

If you just did the math, you’re absolutely correct: 1881 was not 175 years ago. But the venerable institution actually was founded 175 years ago when President James Polk signed an Act of Congress in 1846 establishing the Smithsonian Institution. Since its first museum opened in 1881, the Smithsonian has grown into the world’s largest museum, education and research complex, comprising 19 museums (all but 3 of them in DC), 9 research facilities and a zoo.

BRIGHT FUTURES AHEAD
The anniversary exhibition FUTURES, on view through July 6, was not only inspired by the Smithsonian’s first exhibition but also is displayed in the same historic building, which was later renamed the Arts + Industries Building (AIB).

The AIB has been closed since 2004, when it was declared structurally unsafe. While the structural problems have since been fixed, the building’s interior remains virtually unchanged since 1881—for now. The FUTURES exhibition marks the only chance to see the historic interior before it is closed once again for renovation.

Rejecting the oft-used approach of exhibits about the future, which tend to present just one view, the FUTURES exhibition embraces the concept of many possible futures.

“In our planning, we found that many people view the future as a scary place. There’s this sense collectively that we don’t have a lot of control—that the future is just coming at you,” says the Smithsonian’s Allison Peck. “FUTURES instead encourages visitors to think about the future more flexibly, to inspire people to think creatively about how we can solve big problems. It’s less about teaching people and more about getting them to ask their own questions.”

Visitors enter the AIB via the hall containing the “Futures Past” gallery. This retrospective look at “the future” nods to the Smithsonian’s anniversary by showcasing how people in the past imagined the future and set society or technology on a new trajectory. Rarely seen objects from the Smithsonian collections displayed here include Alexander Graham Bell’s experimental 1897 telephone; a Yoruba babalawo, or diviner, dating to the late 19th or early 20th century; an early android and the first autonomous robot; and a range of futuristic artworks. 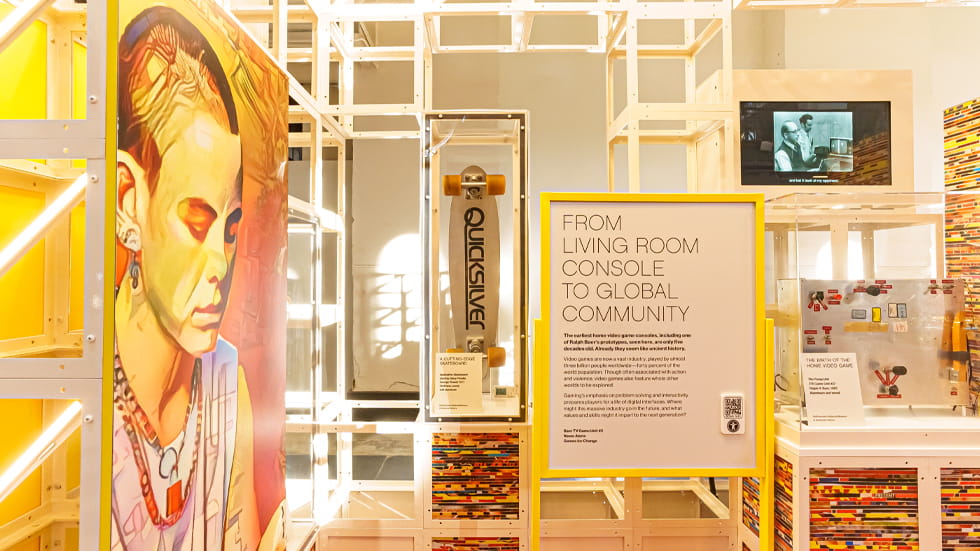 The Smithsonian’s FUTURES exhibition looks at futuristic developments from years past, including the first video games. Photo courtesy of Smithsonian

Emerging from the “Futures Past” gallery into the rotunda, museumgoers encounter the centerpiece of FUTURES: artist Suchi Reddy’s installation me + you. The interactive sculpture—made of plexiglass, paper and LED lights—invites visitors standing at its base to respond aloud to the prompt “My future looks... .”

Artificial intelligence then translates that vision into an LED color-and-pattern display that’s reflected back to the speaker. It also adds the visitor’s vision to an ever-changing pattern of color-and-light on the sculpture’s 20-foot-tall central totem.

“Futures that Unite,” for example, presents new ways of connecting, collaborating and solving problems. And once museumgoers have an understanding of such processes, they can try it out on the exhibit’s Co-Lab, where they can design sustainable, inclusive communities with the help of fellow visitors and artificial intelligence.

“Futures that Inspire” invites creative and adventurous thinking about possible futures. Floating cities? Humans living on other planets? How about flying cars à la The Jetsons? The autonomous electric Bell Nexus Air Taxi concept vehicle displayed here suggests that flying vehicles in our cities might not be as far off as we think.

In the “Futures that Work” gallery, the focus is on healthier, happier, more sustainable living. Among the innovations showcased is Virgin Hyperloop’s Pegasus pod, a land-based mass transit system that travels at up to 670 miles per hour, reducing travel time between New York City and Washington, DC, from 4 hours to 30 minutes. 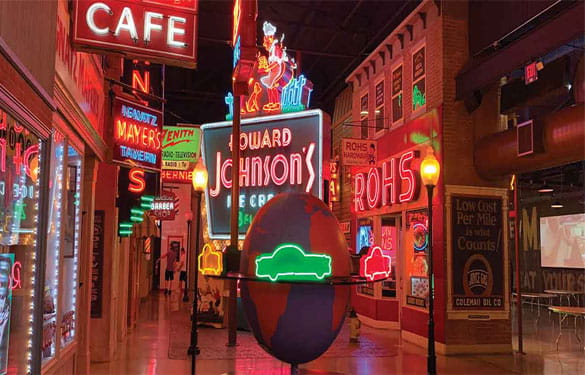 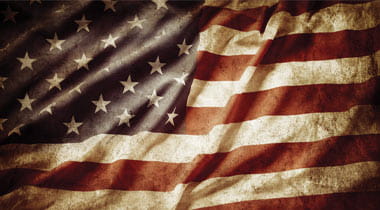 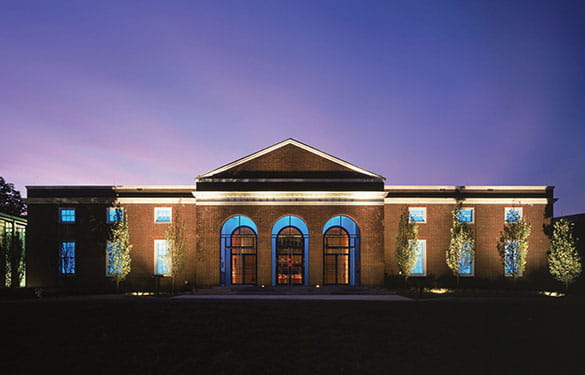