Pick Your Family Favorites to Usher in 2023 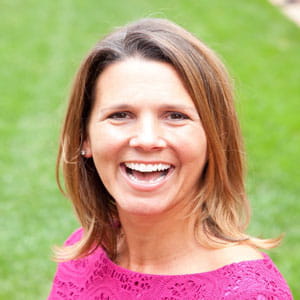 To help usher in the BEST year yet, we've gathered super fun New Year's traditions from around the world to help you celebrate.

Pick your favorites as a family, and get ready to celebrate!

We're starting in South America with our FAVORITE on the list. Colombians walk around the block with an empty suitcase as the clock strikes midnight to ensure the new year is full of travel and adventure.

The New Year's Eve tradition in Brazil is called Réveillon. Many Brazilians wear white to symbolize prosperity and gather on the beach to offer white flowers and candles to Iemanjá, the Goddess of the Sea. If the offering floats out to sea, she has accepted it, and you will have a good year. Feliz Ano Novo!

It's customary to eat 12 grapes – one at each stroke of the clock at midnight on New Year's Eve. Each grape represents good luck for one month of the coming year. Feliz Año Nuevo!

Scotland's New Year's Eve celebration, Hogmanay, includes the tradition of "first-footing." According to the custom, the first person who crosses the threshold of a person's home in the new year should bring a gift of luck. Traditionally, this gift was coal for the fire or shortbread. 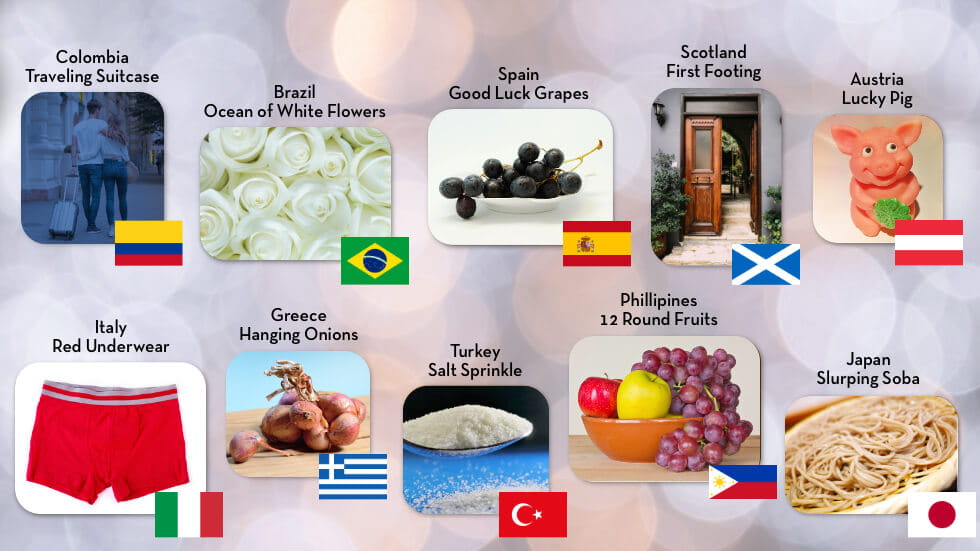 In Austria, pigs are a symbol of good luck. People often give gifts of marzipan or chocolate pigs. Frohes Neues Jahr!

Italians have the tradition of wearing red underwear on New Year's Eve to bring love and luck in the new year. Buon anno!

On New Year's Eve in Greece, one tradition is to hang an onion on the front door as a symbol of rebirth in the new year. Parents wake their children on New Year’s Day by tapping them on the head with the onion. Kali protohronia!

In Turkey, it's considered good luck to sprinkle salt on your doorstep as soon as the clock strikes midnight. It's said to promote peace and prosperity throughout the new year. Mutlu yıllar!

It's popular in Filipino culture to celebrate the new year by serving 12 round fruits, like apples, melons, oranges, and grapes. The round shape symbolizes coins, representing prosperity and wealth for each month of the coming year. Many families display the fruit on their dining table, and some eat 12 round fruits at midnight. Manigong Bagong Taon!

The Japanese eat soba noodles just before midnight on New Year's Eve. The long soba noodle symbolizes crossing from one year to the next. And as it's an easily cut noodle, it signifies letting go of the past year before starting fresh in the new year. Akemashite omedetō gozaimasu!

In the Southern United States, people eat black-eyed peas and greens for good luck and prosperity in the new year. The black-eyed peas signify coins, and the greens cash.

One more fun fact: Did you know the midnight kiss tradition dates back to English and German folklore? The kiss will set the tone for your relationship in the coming year.

Wishing you a Happy New Year! 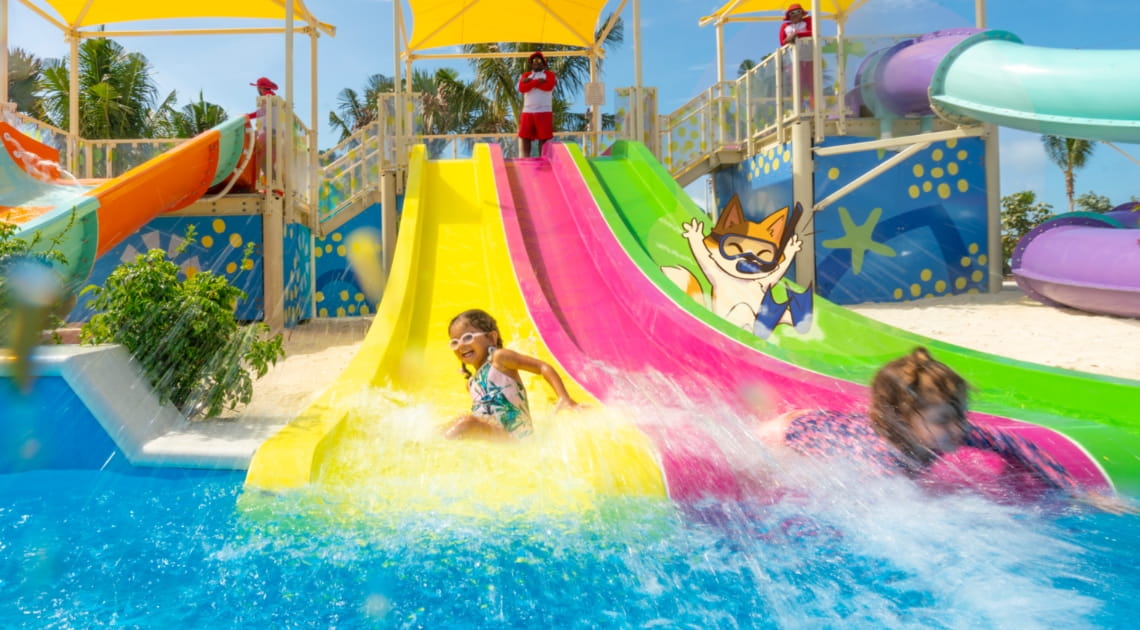 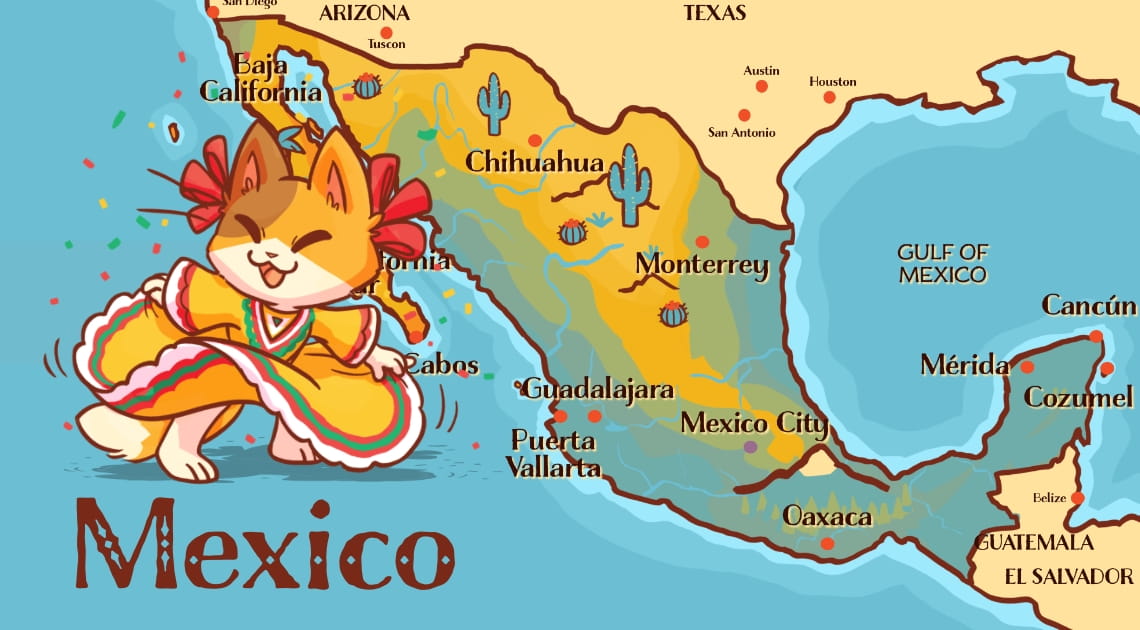 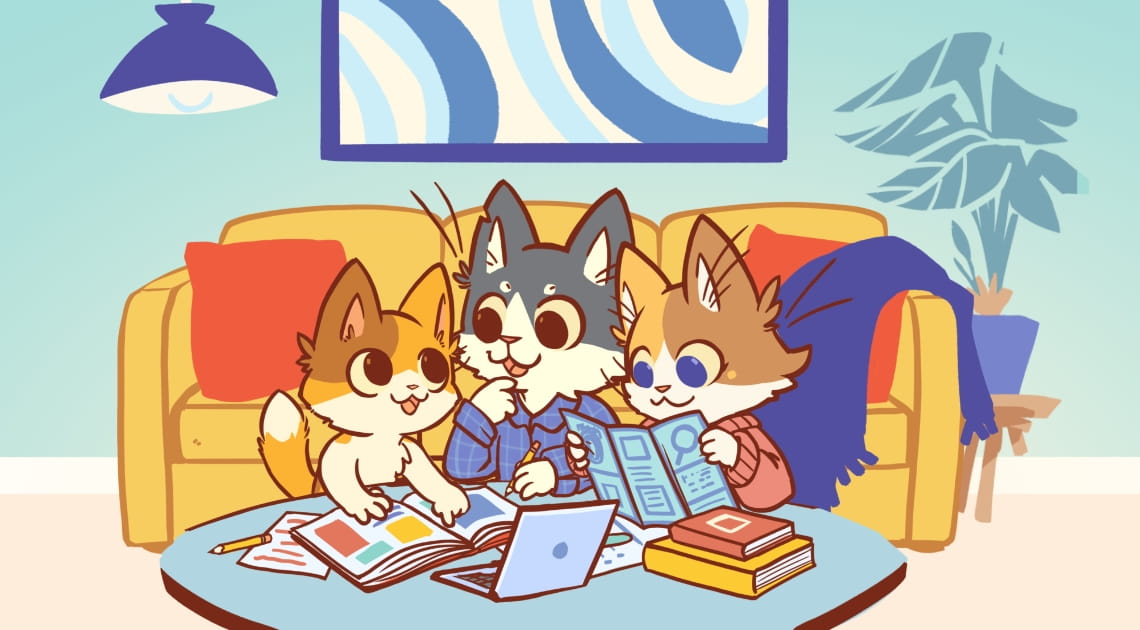 Vacation Planning with the Kids
See All KeeKee's Corner