HER FAVORITE THINGS TO DO, SEE & EAT, PLUS A FUN MAP & COLORING PAGES

New York City, The Big Apple, the City that Never Sleeps; it's one of the world's most popular and well-known cities with something for everyone in the family!

New York City has five sections called boroughs, each with its own neighborhoods and cultures. The core is Manhattan, and there's the Bronx, Brooklyn, Queens, and Staten Island.

The bustling city has it all, from iconic sites and world-class museums to Broadway theater and food from around the world. 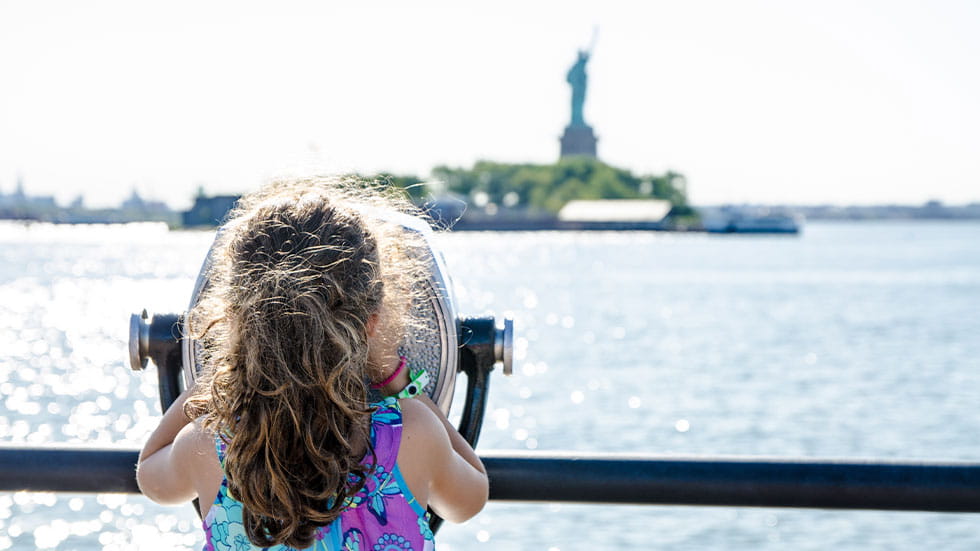 VISIT THE STATUE OF LIBERTY
Officially called "The Statue of Liberty Enlightening the World," the Statue was a gift from France to the United States to mark the 100th anniversary of American independence. Dedicated in 1886, Lady Liberty symbolizes freedom, hope, and democracy around the world. She greeted millions of immigrants as they came to America to start a new life.

The Statue arrived from France in 350 individual pieces packed in 214 crates. She stands 305 feet tall (the height of a 22-story building) and weighs 225 tons (more than 40 elephants).

Her attire is designed after the Roman liberty goddess. Her tiara has seven spikes representing the seven seas and seven continents of the world. She holds a torch above her head in her right hand and holds a tablet in her left hand inscribed with Roman numerals of the date of the U.S. Declaration of Independence, July 4, 1776.

KeeKee's favorite thing to do is visit the Statue of Liberty's crown! Make sure you get tickets months in advance for this special activity.

You can reach the Statue of Liberty National Monument by taking the Statue Cruises official ferry from Battery Park in Lower Manhattan. Buy your tickets to enter there as well, or once you know you're visiting NYC, purchase your tickets in advance online. 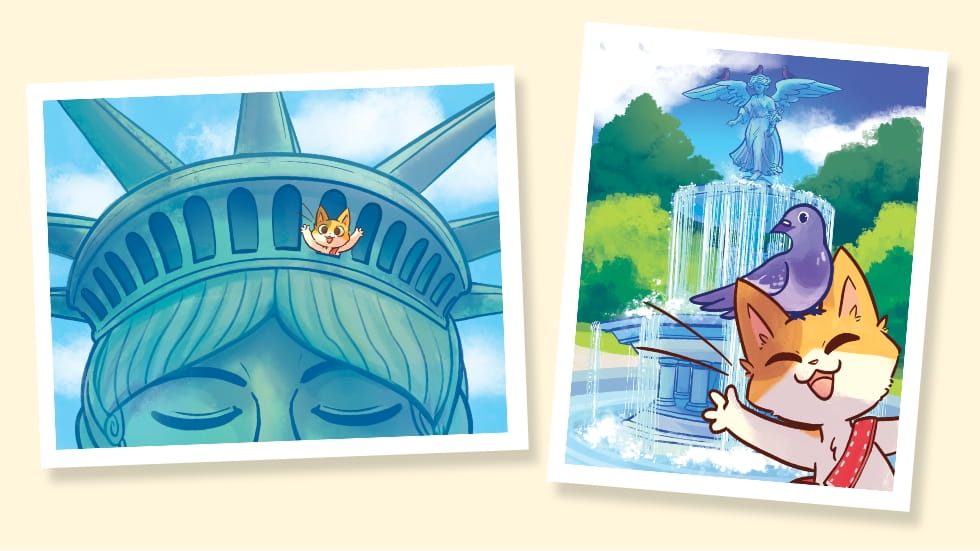 STROLL AROUND CENTRAL PARK
Considered New York City's backyard, the Park spans 843-acres and is 51 blocks long. There's so much here to explore. 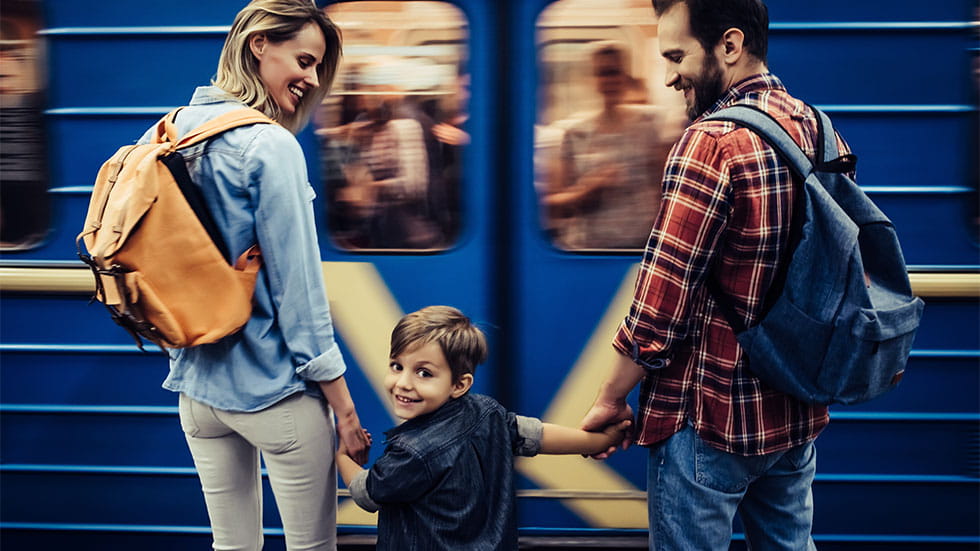 RIDE THE SUBWAY
The easiest way to get around is the New York City Subway, one of the world's oldest public transit systems. Grab a MetroCard at the station and ride one of the 27 subway lines to one of the 472 stations. Service is 24 hours a day, seven days a week.

The lights are always on here in the city that never sleeps. Chain restaurants and shops abound. You'll also find the TKTS discount booth here, which offers up to 50 percent off theater tickets. 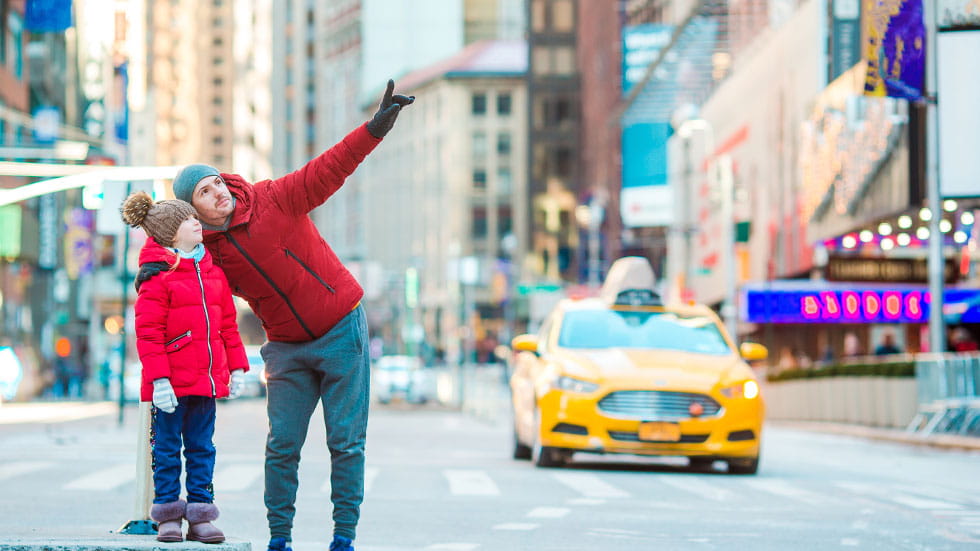 From Disney productions like The Lion King to world-renown shows like Hamilton, there are shows for everyone. You can even take a behind-the-scenes tour of Disney’s landmark New Amsterdam Theater.

EXPLORE THE EMPIRE STATE BUILDING
This soaring skyscraper in the heart of midtown Manhattan is a symbol of New York City.

It was the world's first 100+ story building; it's currently the 4th tallest building in New York City, the 6th tallest in the United States, and the 43rd tallest tower in the world.

There are so many ways to visit New York. Start planning now Learn More

The top 30 floors shine bright every night with lights for all to see celebrating different holidays and events. 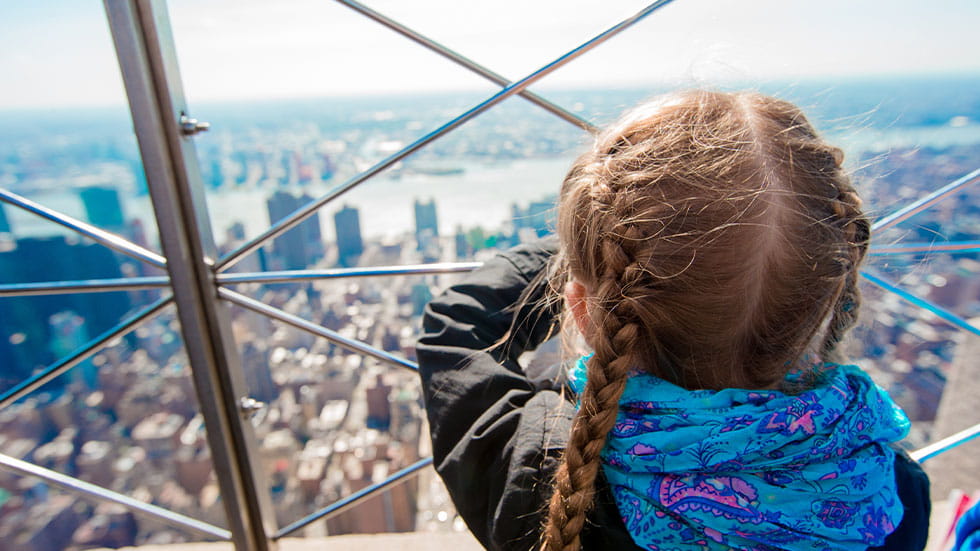 YOU GOTTA EAT!
In the city, you can find cuisines from all over the world. There are more than 20,000 restaurants to choose from.

KeeKee loves ziti in Little Italy and dumplings in Chinatown. Her favorite city eats are a classic New York bagel with a schmear of cream cheese and a piled-high deli sandwich at the over 100-year-old Katz Deli. (You may remember it from the famous “I’ll have what she’s having” scene in When Harry Met Sally).

If you have more time, or if it's rainy, here are more fun things to do from KeeKee’s list. 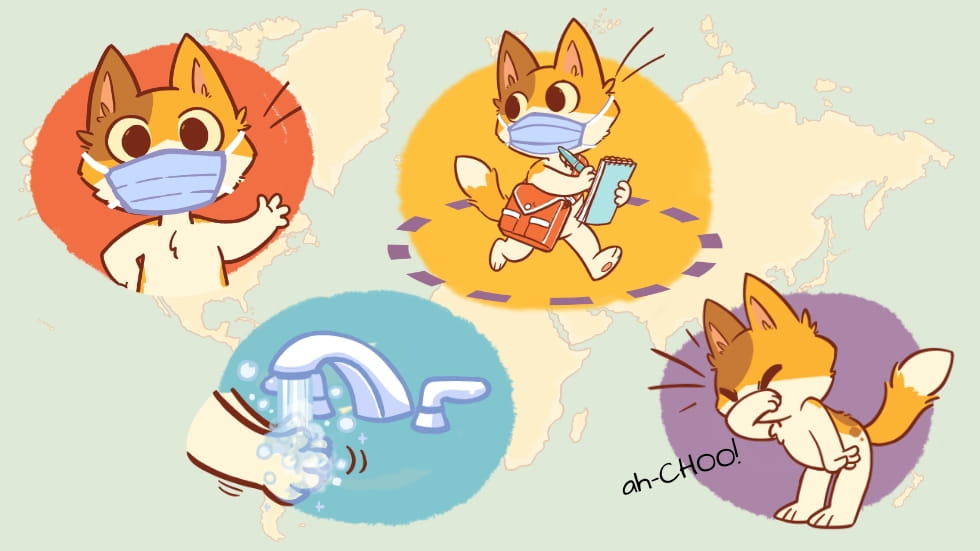 Safe Travel with Kids during COVID 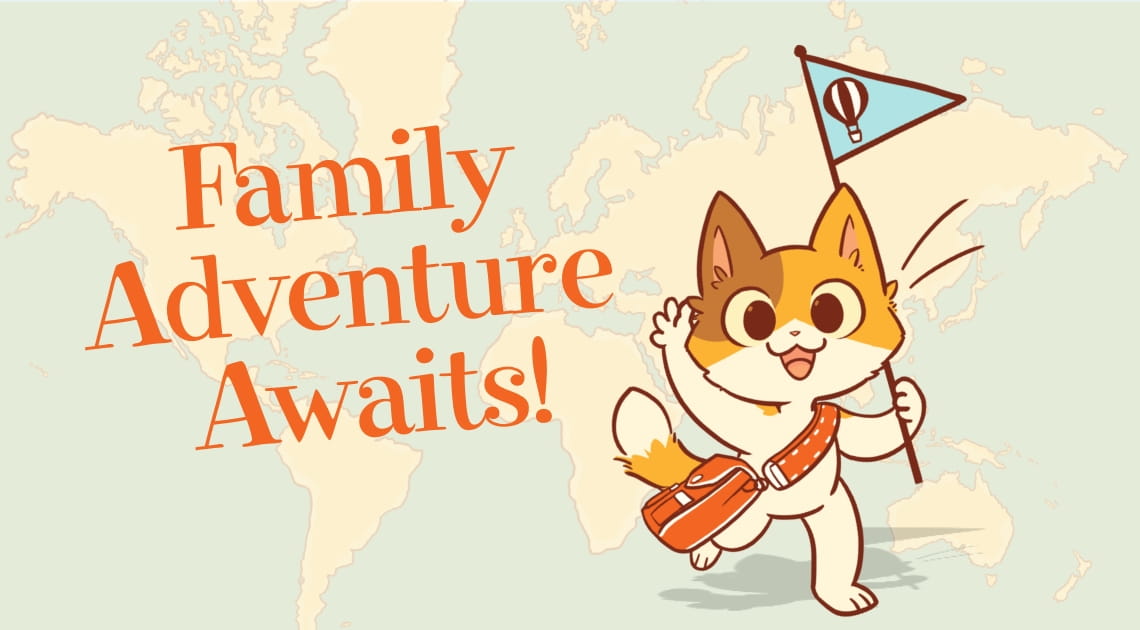 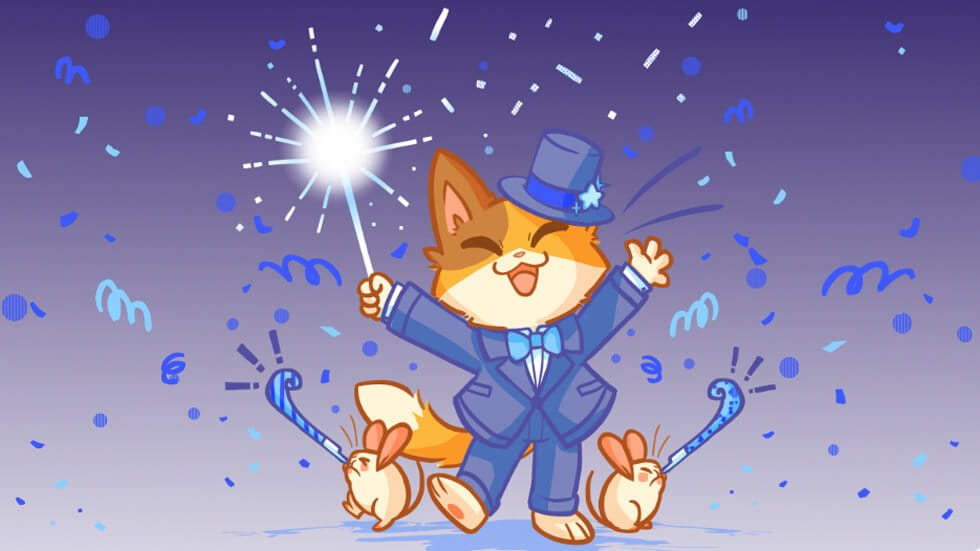 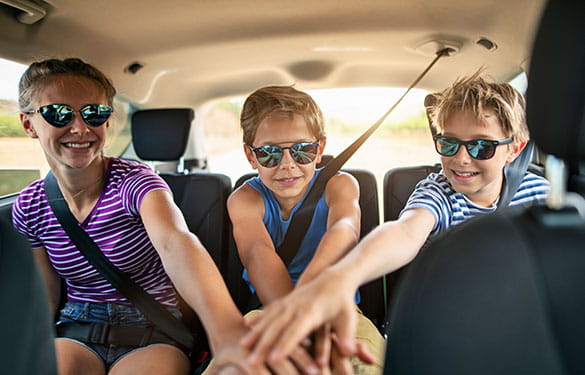