VISIT THE MOST ACCESSIBLE POLAR BEAR POPULATIONS IN THE ARCTIC REGION

Known as the Polar Bear Capital of the World, Churchill, Manitoba, is home to the most accessible of the 19 polar bear populations encircling the Arctic region. Each year, hundreds of expectant travelers descend upon this isolated sub-Arctic town on the western shore of Canada’s Hudson Bay for a chance to see one of earth’s most formidable and majestic animals. During fall, Churchill earns its distinction as hundreds of bears roam the area on their way to the freezing shore ice to hunt seals, their primary prey. Come summer, the bears can be seen among the rocks and tundra with their young. 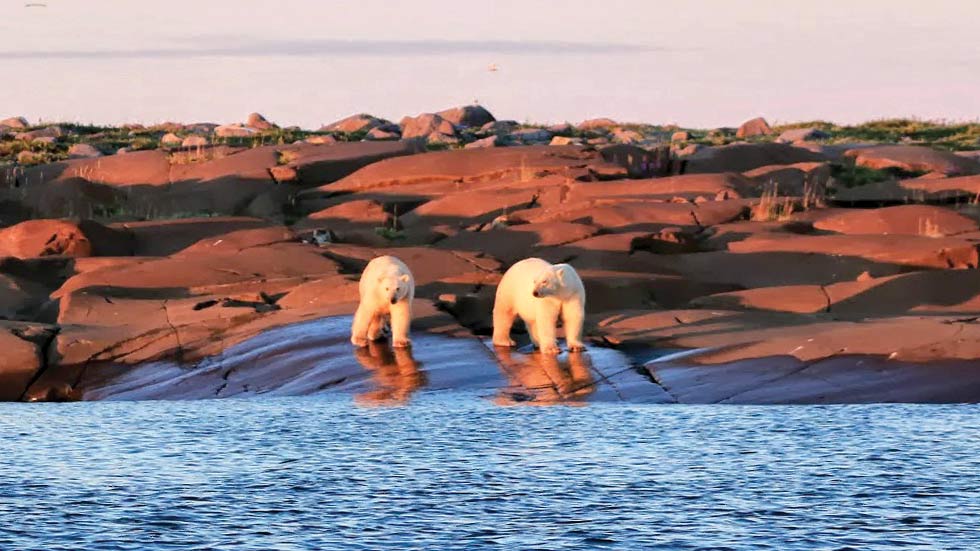 These “lords of the Arctic” are beyond spectacular: Males can top 1,320 pounds and stand 10 feet tall. The bears might seem like lumbering giants, but they can sprint up to 25 miles per hour. The classic Churchill polar bear experience is done through tour operators with qualified guides. A signature excursion is aboard oversized off-road vehicles that maneuver across the tundra with massive monster truck wheels. Picture windows afford views of the bears in their natural habitats.

Polar bears depend on sea ice to hunt seals, and beginning in October, the famished bears begin congregating along the shore, waiting for the ice to develop that allows them to prey upon seals. Get your camera ready. As you follow the shoreline, you’ll likely see a dozen or more bears waiting in anticipation of their first seal meal in four months. It’s fairly routine to see bears just yards away—sometimes pawing the vehicle (don’t worry, you’ll be well out of reach). Warmer months offer different encounters as the bears conserve energy and laze among wildflowers, occasionally sparring with each other during the doldrums of the high Arctic summer. Since the bears aren’t in a hurry to go anywhere, some of the most colorful and closest observations can occur during this time.

If you’re torn between which season to visit Churchill, consider the summer bonus of boat excursions that offer the chance to see and interact with some of the 3,000 ivory white beluga whales that spend non-ice months in the southern Hudson Bay. 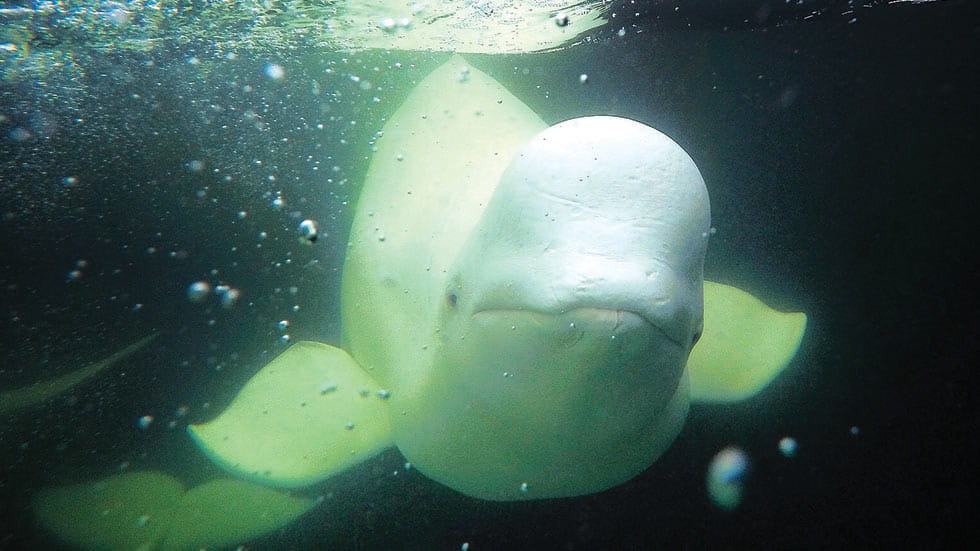 PLANNING A CHURCHILL ADVENTURE
Churchill isn’t DIY-friendly. There are no highways to this frontier outpost, and lodging choices are limited in the town of roughly 1,000 residents. Nearly all Churchill visitors book adventure packages well in advance that combine gateway flights (via Winnipeg, Manitoba), lodging, meals, and an assortment of guided wildlife tours and activities. Three popular companies rise to the occasion: Lazy Bear Expeditions (204/663-9377, lazybearlodge.com), Frontiers North (800/663-9832, frontiersnorth.com) and Churchill Wild (866/846-9453).

BEING PREPARED
Whether visiting in spring or fall, be prepared for sleet, snow, wind and temperatures as low as zero degrees Fahrenheit. Dressing in layers is key, and apparel should include synthetic base layers, fleece mid-layers, insulated parkas, gloves, woolen caps, rugged waterproof boots and waterproof outerwear.

TAKING YOUR BEST SHOTS
You’ll want to bring a full-featured digital camera of at least 16 megapixels and a zoom lens extending to 400mm (35mm equivalent). Use a memory card of at least 16 gigabytes to store high-resolution images of wildlife and the vast landscape. For long-exposure photos of the mesmerizing Northern Lights dancing in the sky during non-summer months, a compact tripod is indispensabl