Alive with the spirit of discovery, The Gateway to the West greets visitors with urban diversions galore.

EAT
Said to consume more barbecue sauce per capita than any other U.S. city, St. Louis takes its barbecue seriously. For some of the best, try Pappy’s Smokehouse, legendary for its brown-sugar dry-rub ribs. A smorgasbord of popular eateries awaits in the six-block stretch of the Delmar Loop, from BBQ, bourbon and 200-plus craft beers at Salt + Smoke to California-style street food at Mission Taco Joint. Head to The Hill, the city’s Little Italy, to dine at local favorite Charlie Gitto’s, which claims to be where toasted ravioli was born. For craft cocktails, small plates and a panoramic view, grab a table—indoors or out—at Three Sixty, the rooftop lounge at the Hilton St. Louis at the Ballpark. 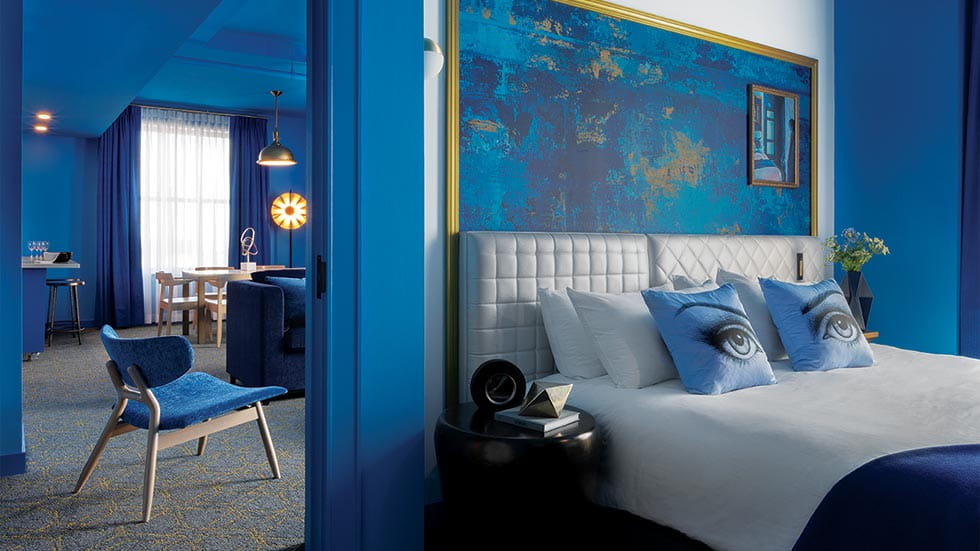 SEE
Visiting St. Louis without seeing its 630-foot-tall Gateway Arch would be like going to Paris without seeing the Eiffel Tower. Take the Tram Ride to the Top for views extending 30 miles to the east and west, and explore 201 years of American pioneering history in the museum galleries. Stop by the Old Courthouse, site of the first two trials of the mid-1800s Dred Scott case, to tour the restored courtrooms and exhibit galleries. See a musical, dance performance or concert at The Fabulous Fox, an ornate Siamese Byzantine movie palace turned performing arts theater. Soaring 200 feet in the air, The St. Louis Wheel is Instagram-worthy whether you’re marveling at it from the ground or taking in a bird’s-eye view of the city from one of 42 fully enclosed gondolas.

DO
Fans of Anheuser-Busch can learn about the brewing process used by the world’s largest brewer, visit the Clydesdale stable and sample the brews at the Budweiser Brewery Experience. St. Louis is synonymous with the blues; delve into the music’s history at the National Blues Museum. Meander through the 79-acre Missouri Botanical Garden, the nation’s oldest botanical garden in continuous operation, where top attractions include a Japanese Garden, a geodesic dome conservatory and a Children’s Garden. Hit attraction pay dirt within the 1,371-acre Forest Park, home to the St. Louis Art Museum, the St. Louis Science Center, the St. Louis Zoo, the Missouri History Museum, the Jewel Box greenhouse and The Muny amphitheater.

Luxurious hotels. Scrumptious cuisine. A profusion of leisure pursuits. They don’t call it The Big Easy for nothing.

STAY
The quintessential New Orleans hotel awaits at the 483-guestroom Royal Sonesta New Orleans, replete with wrought-iron-trimmed balconies, an intimate courtyard and the jubilant atmosphere of the French Quarter’s Bourbon Street. Dating to 1886, the 570-guestroom Hotel Monteleone boasts a guestbook that includes Ernest Hemingway and Tennessee Williams and a carousel-themed bar that subtly rotates. Looking for cozy and quiet? The Audubon Cottages’ seven 18th-century Creole cottages are built around a saltwater pool said to be the city’s oldest. In the Central Business District, the elegant Windsor Court Hotel ranks among the state’s best. For trendy and budget-friendly, check in at the Warehouse District’s Cambria Hotel with 162 loft-inspired guestrooms adorned with funky décor.

EAT
With seven James Beard Awards, Commander’s Palace, a city stalwart dating to 1893, serves haute Creole cuisine in a business-attire atmosphere. Seafood reigns supreme at GW Fins, where Chef Tenney Flynn is a renowned expert on Gulf seafood and the Scalibut (scallops-meet-halibut) is a house original. For cuisine that melds the best of the Crescent City with the Caribbean, reserve a table at Compère Lapin, tucked in The Old No. 77 Hotel & Chandlery and helmed by James Beard Award-winning chef Nina Compton. And leave room for Bananas Foster at Brennan’s, the birthplace of this fiery concoction, or coffee and beignets at Café Du Monde in the French Market. 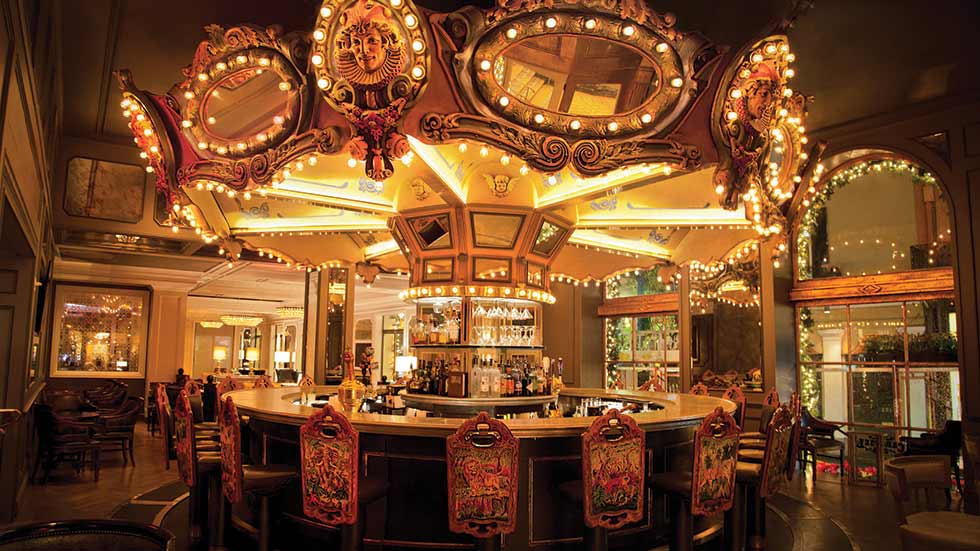 SEE
People-watching is a favorite pastime in the French Quarter, particularly along Bourbon Street, lined with neon-lit bars and balcony-fringed hotels. If you’re not in town during Mardi Gras, you can still see and try on costumes at the Mardi Gras Museum of Costumes and Culture. New Orleans’ African American culture is featured at the Backstreet Cultural Museum, and you can get a close-up look at Mardi Gras floats on a tour of Mardi Gras World, the world’s largest float design and building facility. Jackson Square is home to an open-air artist colony and surrounded by museums, shops and restaurants. Facing the square, St. Louis Cathedral, established in 1727 and now the country’s oldest continuously active Roman Catholic Cathedral, is an architectural masterpiece.

DO
Music is the pulse of the city. Pop in some of the many lively music clubs on Frenchmen Street—home to such landmarks as d.b.a., Snug Harbor and the Spotted Cat—or reserve a ticket for a traditional New Orleans jazz performance at Preservation Hall. Sign up for a demonstration or hands-on class in Cajun or Creole cuisine at the New Orleans School of Cooking or the New Orleans Culinary & Hospitality Institute. Take a deep dive into the history of “the war that changed the world” at the sprawling and immersive National WWII Museum. Get there via a vintage St. Charles Streetcar. You can sample more of the city by hopping aboard any of the city’s other three streetcar lines. Rides are just $1.25 one way.

Set-Jetting in Ireland and Scotland

Visit the Most Accessible Polar Bear Populations in the Arctic Region