WHAT TO KNOW AND PLACES TO GO

Over the last 20 years, Costa Rica has become a favorite travel destination for Americans. Each year, over 500,000 Americans take the trip. Some visitors of this Central American country like it enough to never leave. In 2013, there were more than 50,000 Americans living in the country—and there’s no reason to believe that number hasn’t grown since. Sitting in between Central American neighbors Panama and Nicaragua, it’s not just people from the U.S. that love traveling to this country. In 2019, Costa Rica received over three million foreign visitors—proving that the tourism sector is Costa Rica’s top earner. Whether it’s for a short vacation, retirement, a new life, or some mixture of these options—reasons to visit the “Rich Coast” are in high number. People often get hooked to Costa Rica’s minimalist lifestyle, warm weather, people, and the country’s natural beauty. 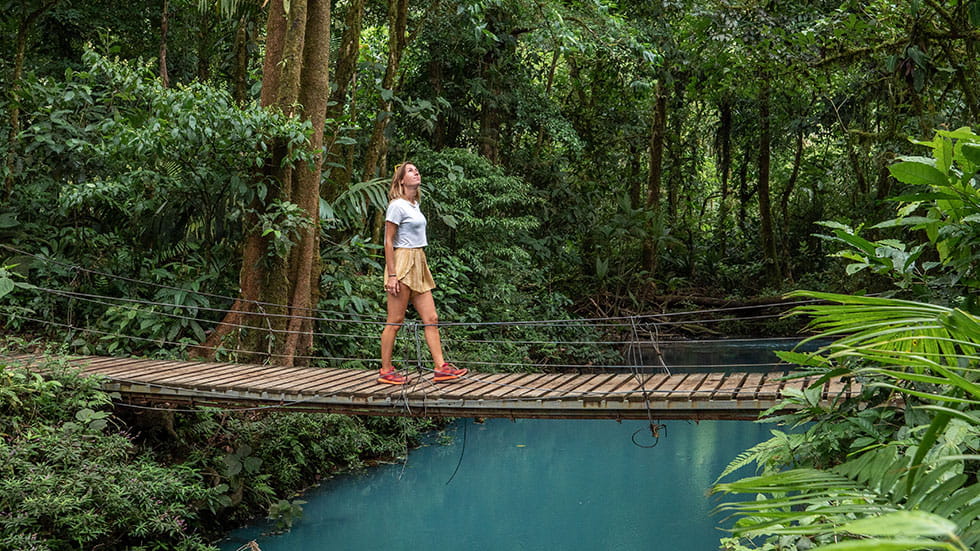 THINKING ABOUT GOING?
For many people, the warm weather is the only push they need to purchase a plane ticket. Costa Rica’s average temperature is about 80 degrees Fahrenheit the whole year. There are only two seasons—rainy and dry. The rainy season occurs from about May to November, while the dry season runs from December to April. Oftentimes, travel coincides with these seasons. Many Americans who seek hot, beach weather will come in the dry season. For those coming in the rainy months, there may be discounts associated with traveling during a less popular season. Having said this, one type of season does not predict daily weather—it’s rather a generalization of what to expect. No matter which date you choose to travel, Costa Rica is warm and beautiful all year long.

The temperature only changes at different altitudes—the beach or jungle could be 80 degrees, hot, and humid, while the mountains may be 75 degrees, more comfortable, and dry. U.S. citizens from states in the Northeast, Midwest, or Northwest envy this sort of climate—especially when their Winter season rolls around.

When visiting, travelers will realize how fitting the “Rich Coast” name is for this area. The country is “rich” in lush rainforests, towering, misty mountains, flowing rivers, streams, big bays, islands, and of course over 800 miles of coastline on the Pacific Ocean and Caribbean Sea. This biodiverse land is rich in animal and plant life, containing an estimated 5% of the world’s biodiversity just within these borders. As a result, Costa Rica has a deep-rooted system of national parks and protected areas waiting for exploration. These conservation zones cover nearly a quarter of the country’s land and are perfect places for visitors to go exploring.

Getting to Costa Rica is easy. The country has two international airports, the Juan Santamaria International Airport in the capitol of San Jose and the Daniel Oduber International Airport in the Northern city of Liberia. It makes most sense to fly into Liberia when traveling to Northern locales in the Guanacaste Province like Tamarindo or Nosara. On the other hand, flying into San Jose is ideal for those heading to places in the Puntarenas Province like Jaco or Playa Hermosa. 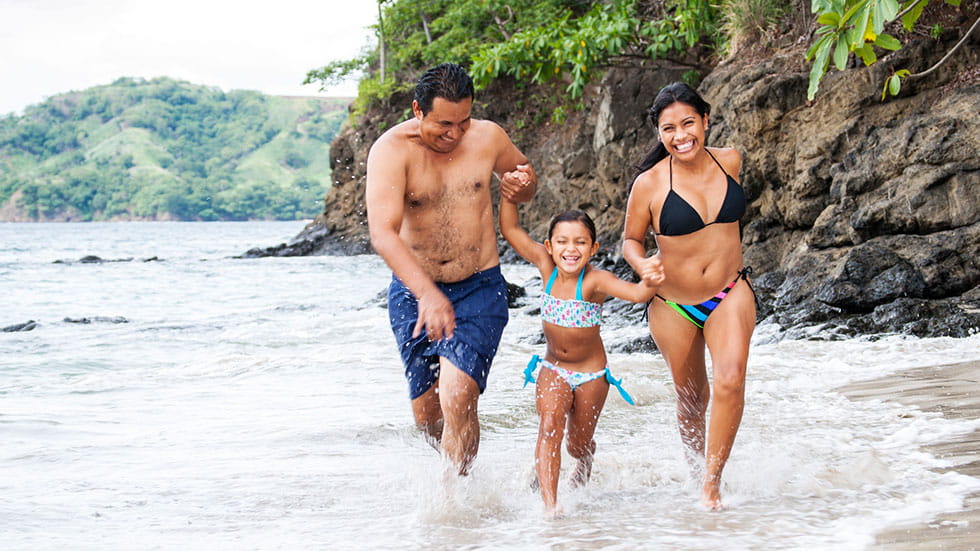 ONCE YOU’RE THERE
When you get to Costa Rica, it becomes immediately obvious that the locals are friendly, the culture is distinct, the country is stunning, and there is a never-ending list of things to do every day.

For the most part, ticos and ticas, or the local Costa Ricans, are welcoming making this place perfect for a family excursion. But just like anywhere you travel in America, it’s important to show respect to the people, and to be aware of surroundings while traveling to different places. Don’t forget to ask questions—and try to speak Spanish. Many people do speak English and because the country’s economy is sustained by tourism, there are many local businesses that cater to travelers. At the airport, there are taxi cab drivers more than willing to carry luggage and transport travelers safely to their destination.

The “Rich Coast” culture is alive and well, no matter where an individual decides to go in this country. Americans should expect to adjust and slow down to this minimalist, easy going, and outdoor-adventure-fueled day-to-day life. 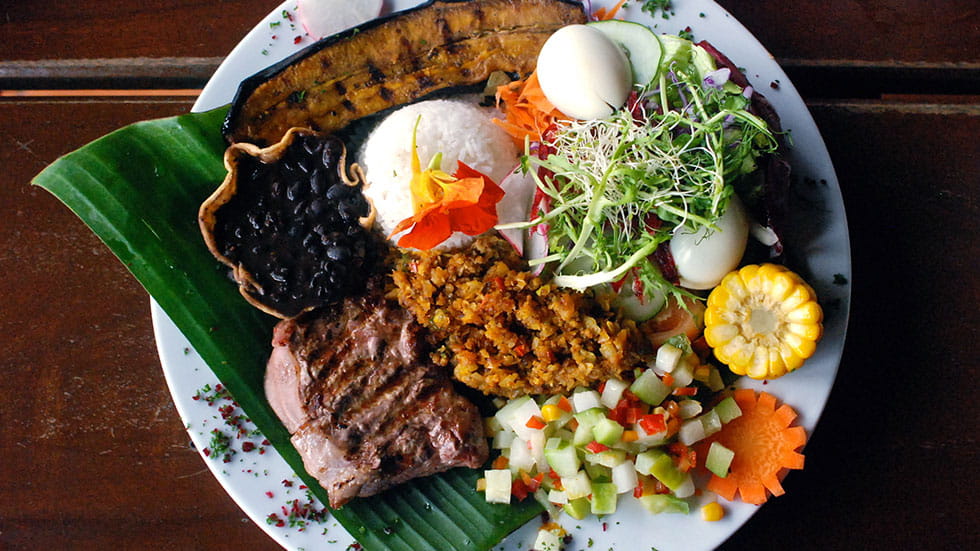 “Playa Grande is ridiculously beautiful! It’s a huge beach with fun waves [for surfing]. You can go hike over the lava rock and there’s tidal pools hidden all over. It’s sweet!” Said John Johnson, a 26-year-old surfer from New Jersey who traveled from north to south throughout Costa Rica in January 2022.

Nosara is another grand town on the north end of Costa Rica. The main beach near town is called Playa Guiones where visitors can go surfing, swimming, snorkeling, play beach games, and more. ATV rentals in the area allow visitors to explore (whether guided or on their own) throughout the jungle or along the beach. Plus, there are many surrounding restaurants and bars that are open day and night.

Moving south, visitors enter the Puntarenas Province of the country. Travelers usually find themselves headed to towns like Santa Teresa or Jaco. These two areas are hubs for travelers, but also feature nearby attractions to lose the crowd. Just below Santa Teresa, visitors will find a town called Malpais that is best explored by ATV with local tour guides. And near Jaco, one popular beach is called Playa Hermosa–a place that Johnson sought out during a southbound drive through the country.

“Hermosa is sick as well! You drive all the way until you can’t anymore, and you walk about a mile and a half on the beach to the river mouth. There are a crazy amount of crocks! And a good break to surf at as well, it’s all sand.”

Crocodiles aren’t the only thing visitors see during a trip to Costa Rica. Whether boat fishing, walking along the beach, or trekking through the jungle, people will often see local inhabitants like the sloth, the coati, many types of lizards, monkeys, and birds like the toucan, parrot, and pelican. Just sitting outside in this country, one will notice that it’s never quiet! There is always some sort of animal call to be heard and observed. 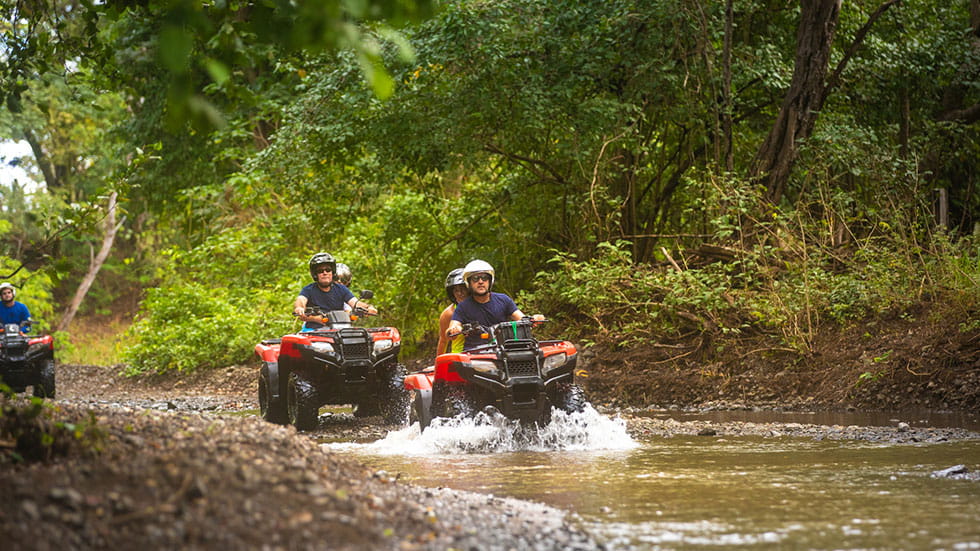 OFF THE BEATEN PATH
For many Americans, the concept of this entire trip feels “out there.” But for the adventure seekers, Costa Rica holds many secrets; those we know, those we’ll tell you about, and the many more still to be found.

One such adventure can be found up in the Monteverde Cloud Forest—a place that Johnson and his girlfriend stayed in for multiple days of their excursion.

“You drive on a deserted road for about 30-something miles until you get to the top,” he explained. “There’s tons of potholes and it feels like you're about to tip off the cliff at any moment until you make it up.”

The town Monteverde is on the border of the Puntarenas and the Guanacaste Provinces, closer to the northern end of the country. Here, visitors will find more outdoor activities like guided tours for ziplining or exploring nature. For people interested in experiencing natural beauty and observing pure nature or wildlife, this is the place to do it. The area contains over 2,500 plant species, 100 species of mammals, 400 bird species, 120 reptilian and amphibian species, and thousands of insects.

Another enjoyable jungle adventure can be found in the Tenorio Volcano National Park. This beautiful region of northwestern Costa Rica is home to Rio Celeste—a stretch of river that has an other-worldly light blue hue. The strange and inviting color is caused by a chemical reaction between sulfur and carbonate in the area’s volcanic soil. Visitors should hike this scenic stretch of river and trails to the nearly 300-foot waterfall that dumps into a blue lagoon surrounded by thick, green jungle.

Finally, there is one last destination that is most often explored by traveling surfers looking for an “off the grid” feel. The town of Pavones is one situated in the south, very close in proximity to the Panamanian border. This location can be accessed first by traveling to the coastal community of Golfito. Visitors should plan to take a flight, bus, or taxi to Golfito first, and then catch a cab ride down to Pavones.

Pavones is a special rocky cove that has one of the longest waves in the world. The wave works best during swells in the rainy season, and during this time surfers from around the globe travel to get here. The area is absolutely breathtaking. However, non-surfers might feel a little out of place due to the town’s lack of infrastructure. 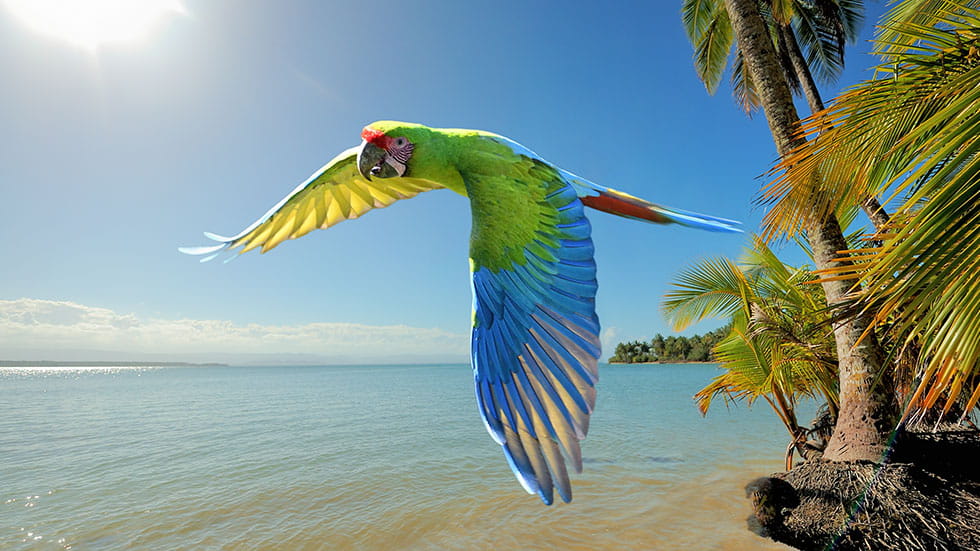 THE BOTTOM LINE
Costa Rica is truly a destination that can satisfy anyone. From towns in the north that are made for international travelers to off-the-grid locales, visitors can shape their trip around their travel preferences. The easy-going lifestyle has been known to entrance visitors who are used to fast-paced, American lifestyles. Watch out, you might not want to go back to work! Regardless, those who are planning a trip to Costa Rica should envision themselves enjoying the ocean, the jungle, wildlife, and sitting back sipping an Imperial with their Casado dinner. 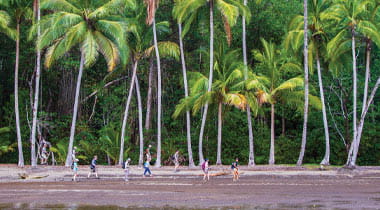 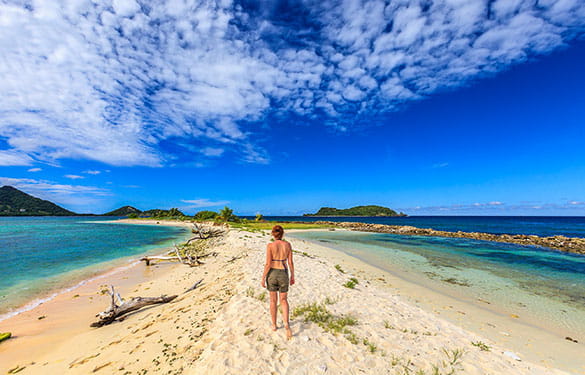 The Most Peaceful Caribbean Islands To Visit 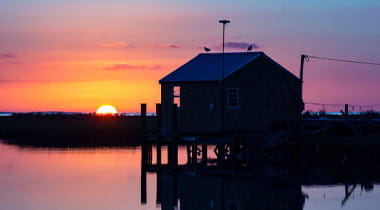