WISH YOU WERE HERE

The Cyclades, a group of islands scattered in the Aegean Sea, are the islands you envision when you’re imagining those postcard-pretty images of Greece. Think iconic blindingly white buildings, blue-domed churches, historic windmills perched on hills and spectacular beaches.

These islands have been luring visitors to their shores for thousands of years. Arrayed as they are around Delos Island, the birthplace of Apollo and Artemis, the Cyclades were considered among the most sacred places in ancient Greece because of their importance to the gods. These unique islands have been celebrated as otherworldly ever since.

My husband, our teenage daughter, my recently retired mother and I have felt that pull so strongly that we have made a near-annual pilgrimage to these islands for the past six years. We have no Greek heritage, just a love of the country’s beauty, people, history and culture. Where else can you visit an archaeological ruin in the morning, snorkel after lunch and then dine on mydia achnista (steamed mussels) at a traditional taverna come sunset?

Of the more than 220 islands in the Cyclades, only 24 are inhabited, and each has its distinct personality. To get from one to the other, ferries remain your best option, despite their often-erratic schedules. A few of the larger islands also have airports with flights that depart from Athens, the country’s capital.

Here is a closer look at some of the most popular destinations for island hoppers of all kinds.

SANTORINI
“The trouble with Santorini is that it’s just too beautiful,” said a fellow traveler who was walking along an alabaster alleyway ahead of me. Indeed, Santorini, a crescent-shaped island, is undoubtedly the crown jewel of the Cyclades, making it well worth joining the other tourists on the island.

There are several towns on Santorini, but if your time is limited, the village of Oia, perched 1,000 feet above a caldera (a volcanic crater) is where you want to be. A tangle of alleyways filled with cliffside restaurants, perfect for taking in sunsets over the Aegean, weaves through the town. Locally owned shops—there’s not a chain in sight—line the streets.

My family escapes the crowds by veering onto charming paths that lead to a calm corner of Oia. Here, a clutch of rustic windmills, which began grinding flour in the 17th century, serves as a reminder that this once was a working village. 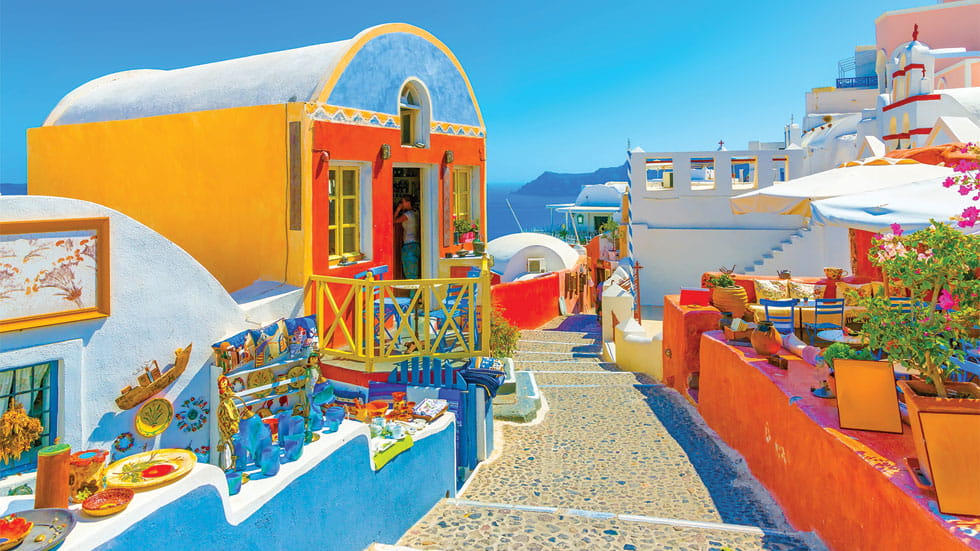 The village of Oia on Santorini; Photo by Imagin Photography/Stock.Adobe.Com

Plan to stay overnight. Most of the foot traffic comes from day-trippers who usually depart by sundown. For an authentic Santorini experience, stay at a cave house hotel, as we do. These spaces are built into the cliffs, just as they have been since the Bronze Age, their pumice stone walls keeping them cool in summer. We love having this tranquil taste of island life, which inevitably includes my daughter’s favorite part: local cats that adopt us for a few days in exchange for some cuddles and milk.

MYKONOS AND DELOS
Mykonos is a 60-mile ferry ride from Santorini. This island is known as a glamorous party island, but if your ideal vacation doesn’t include a DJ spinning throbbing beats through the wee hours at a beachfront nightclub, don’t worry. We’ve found plenty of other reasons to visit this island, beginning with its beauty. From the moment your ferry pulls into port, you are greeted by a line of red-capped windmills built by the Venetians when they occupied the island in the 16th century. 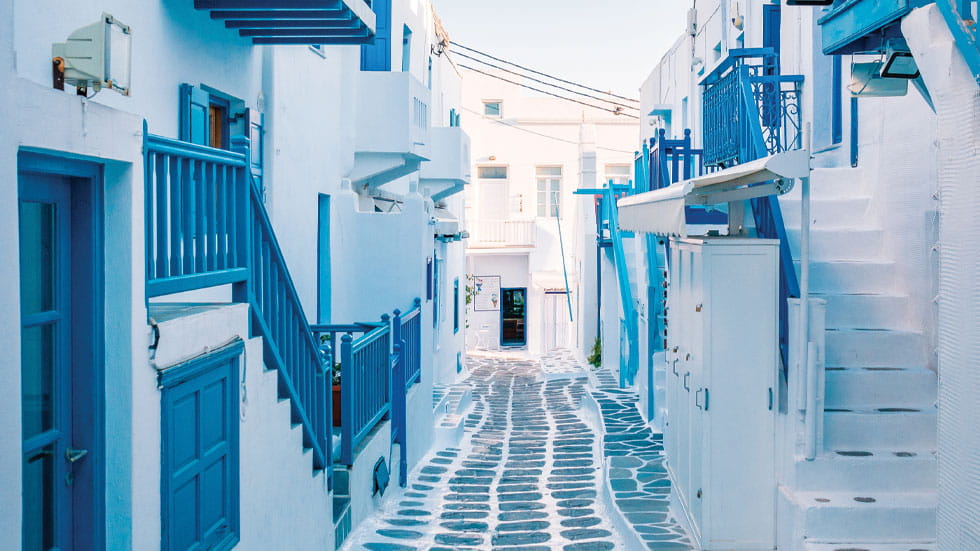 Mykonos Town, also known as Chora, has bustling streets that are closed to traffic, inviting leisurely strolls. The neighborhood known as Little Venice is the trendiest section of town, glittering with shops and galleries, tavernas and cocktail bars housed within charming 18th-century fishing houses, many with narrow balconies overlooking the sea.

Although my idea of a perfect Greek meal tends to be found at casual tavernas, I can’t argue with Mykonos’ reputation as a mecca for extraordinary restaurants. Posh dining venues are often helmed by international culinary stars, such as Nobu Matsuhisa, who’s brought elevated Japanese cuisine to the Robert DeNiro-funded Nobu on the island, and Michelin-starred chef Jason Atherton, whose Mediterranean debut called Mykonos Social features a menu that skews to inventive locally sourced experiences, including cocktails chilled with geranium-embedded ice.

Beaches are everything on Mykonos, and it has dozens of excellent ones, especially those on the south coast. Tops among them are the upscale Psaroru with its emerald water; Paradise Beach, rife with trendy beach clubs; and family-friendly Platys Gialos. You can check them all out by hopping on a water taxi (an all-day pass is 20 euros) that delivers you directly onto the sand. There’s also a semi-rustic walking trail (flip-flops are fine) that wends along the beaches and passes by several family-run restaurants. Our favorite lunch spot is Nikolas Tavern, a hole-in-the-wall with tables set on the sand, where you can order homemade dishes like shrimp bathed in orzo-spiked cream. 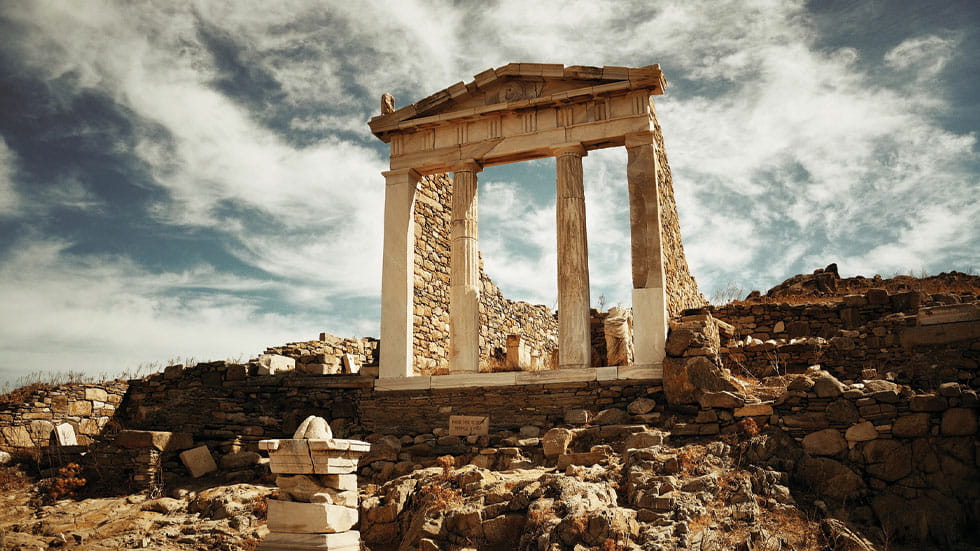 When you’re craving a little culture, take a 45-minute boat trip from Mykonos to Delos, a one-mile spit of land, the home turf of Apollo and Artemis. A UNESCO World Heritage Site, the island is a trove of significant ruins, including temples, a theater and a vivid mosaic depicting Dionysius riding a tiger, one of the few in all of Greece that remains intact in its original home.

NAXOS
From Mykonos, you can reach Naxos, the largest and greenest island in the Cyclades, in under an hour on a fast ferry. We love this island, which has a full-time population of about 20,000, because it remains lively throughout the year.

Side by side with souvenir shops and fashionable boutiques, locals work and live right in Old Naxos Town amid the white sugar-cube structures with brightly painted doors in shades of cornflower blue, marigold yellow and poppy red. Upon our arrival, we usually beeline to one of the many bakeries for loukoumades, a Hellenic cousin to the American donut hole, perfumed with cinnamon and doused in honey. 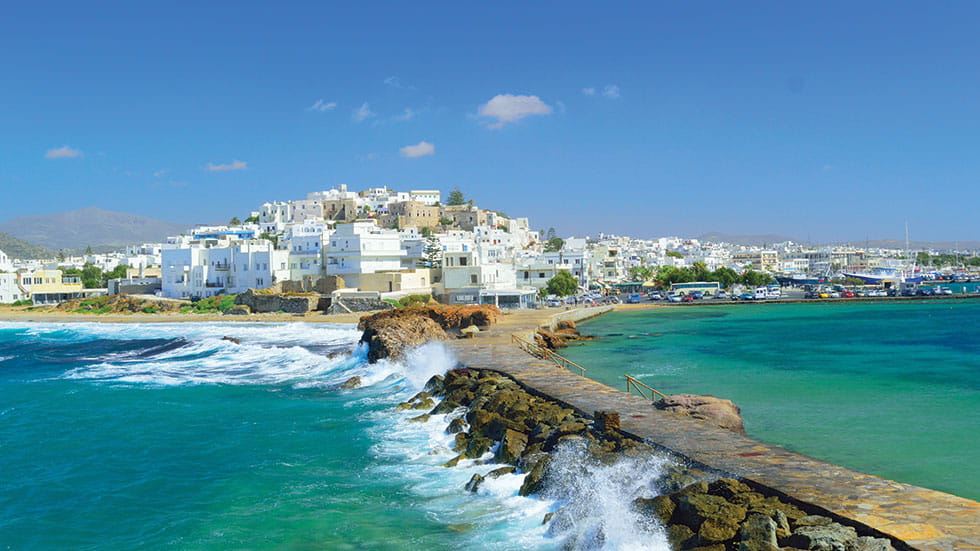 The beautiful beaches of Naxos provide a respite from the crowds; Photo by Aetherial/Stock.Adobe.com

My family is a big fan of the uncrowded beaches on Naxos. At Plaka Beach, you can show up at any time of day—even in the height of summer—to rent sunbed loungers shaded by thatched umbrellas. (On other islands, these coveted seats go early and quickly.) And at Agios Prokopios Beach, there’s always room for kids to scamper along the edge of the water and play a game of beach Frisbee without landing on fellow beachgoers.

We like to wind down our days at Portara, the Temple of Apollo—a majestic marble gate that was designed to be an entry to a 6th-century temple that was never completed. Today, the arch has become the unofficial symbol of Naxos. It’s pretty to look at from the port, as we do, but it is even better to queue up to get a photo beneath the arch at sunset.

PAROS AND ANTIPAROS
A brisk 40-minute ferry ride from Naxos lands you on Paros, a laid-back place with craggy hills, rocky beaches and white-washed buildings. Here, locals and expats mingle comfortably with tourists. This is the one island where we always rent a car since the terrain—from beach to mountains—is so enchanting and the public bus system is less than timely and far from comprehensive.

We tend to start our days over a frappé at one of the many cafés in the small capital city of Parikia before navigating its cobblestone lanes that weave between classic white houses with blue shutters, many of which have been converted into shops.

My husband and daughter have a standing date each time we visit Paros. They take a horseback ride into the sea—yes, in the ocean—with horses trained at the Kokou Riding Center, which, incidentally, is owned by transplanted Canadians. While they ride, my mother and I head a few miles away to Paliomylos, a quaint two-room spa with a waterfront terrace. 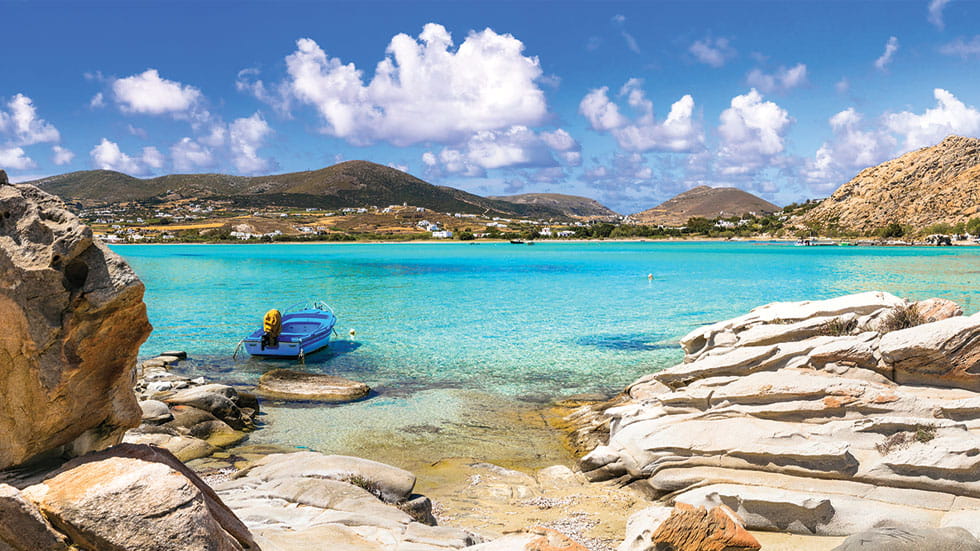 Framed by granite formations, Kolymbithres Beach on Paros is a place of laid-back beauty; Photo by Freesurf/Stock.Adobe.Com

In the afternoons, we bring our books to Kolymbithres Beach to read and relax amid massive granite formations sculpted by wind and sea. And this past summer, we did something new that we will certainly add to our summertime visits: we drove a steep road that ribboned up a mountain to the Valley of the Butterflies, a shady oasis owned by a local family that attracts thousands of tiger moths for a few short weeks during mid-summer.

Come dinnertime, we generally make our way to Naoussa, a pretty village on the northeastern side of the island. Seafood restaurants rope around the active dock, where fishermen haul in their catch twice a day. Our after-dinner ritual is to wander a few paces to Kastelli, the ruins of a Venetian fortress that juts out into the sea. Be warned: skip the stilettos; we’ve learned the hard way that the rocky promontory leading to the ruins is often battered by waves and can get rather slick. For an easy day trip from Paros, hop a 10-minute ferry ride to Antiparos. The main draw of this sleepy island, which spans about 17 square miles, is its upscale boutiques, many offering jewelry and handbags made by Greek artisans. Seafood restaurants abound, but our favorite is Captain Pipinos Seafood Taverna, where freshly caught octopuses dry on a line in the sun beside the water. (Sightings of Tom Hanks, who has a vacation home on the island, have been logged at the restaurant.)

Whether you visit one Cycladic island or many, you’ll be rewarded with the most beautiful surroundings in the world. After all, what mere mortal can argue with the Greek gods? 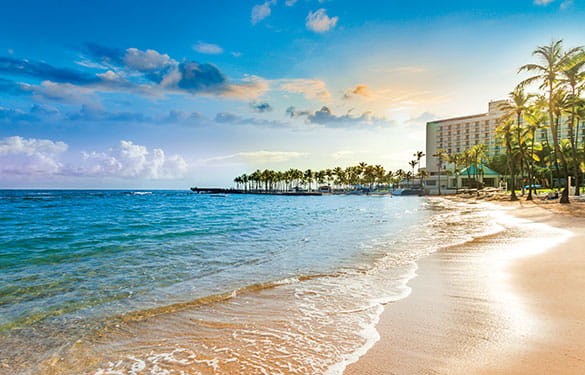 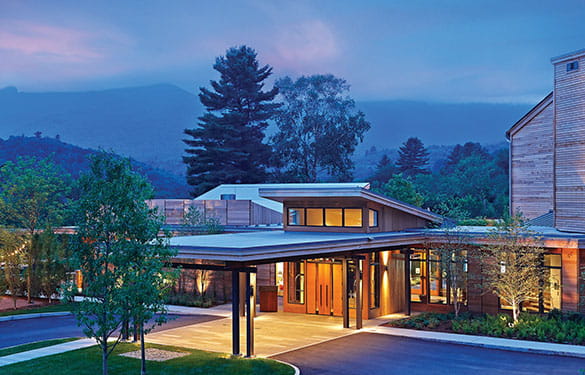 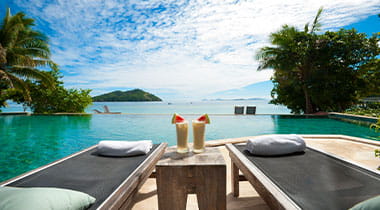 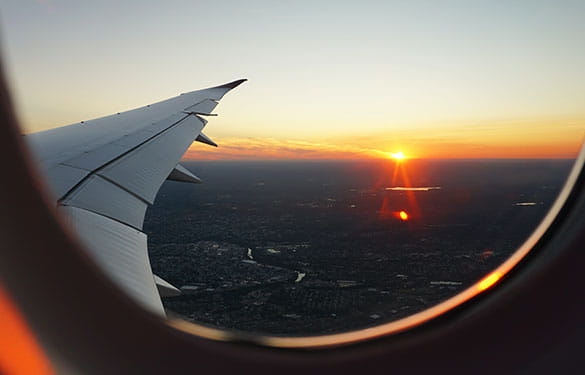 Why You Should Consider Travel Insurance