WHEN MOST VISITORS ZIG, HERE’S TO HOW TO ZAG WITH OFF-THE-BEATEN-PATH PURSUITS IN THE LAND OF FIRE AND ICE

It’s a place of diverse landscapes, of rugged snow-blanketed wilderness and placid hot springs, of quiet countryside and vibrant cities. Tucked in the North Atlantic between Greenland, Norway and the Faroe Islands, Iceland is a bucket-list destination that beckons travelers with its famous Blue Lagoon, northern lights views, national parks, black sand beaches, eclectic capital of Reykjavik (a UNESCO City of Literature) and more. But if you also want to explore some of the country’s less-trodden attractions, check out these four rewarding experiences that showcase Iceland in a unique light. 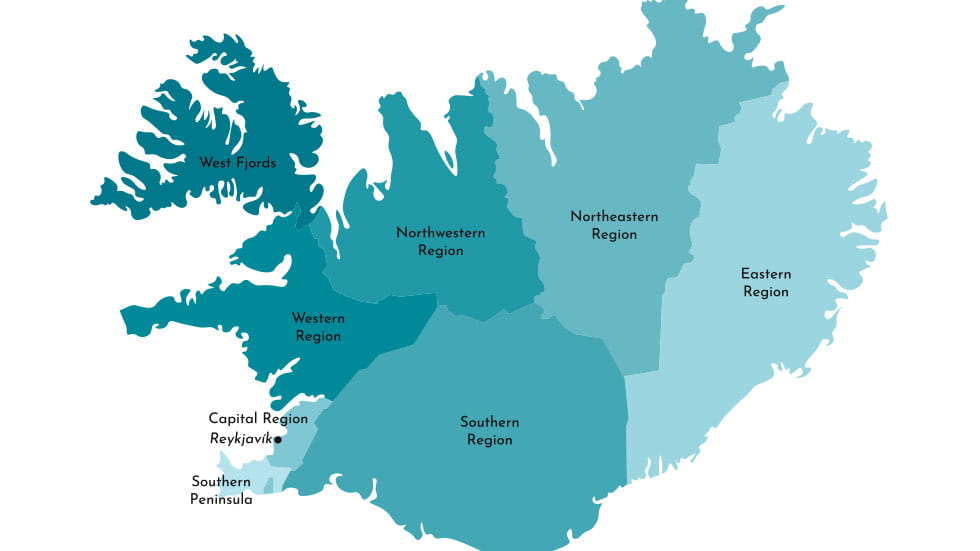 TRAVERSE A NEW TOURING ROUTE
Unveiled in October 2020 and open year-round, Vestfjarðaleiðin, which translates to “Westfjords Way,” is a 590-mile scenic and cultural route that circumnavigates the Westfjords Peninsula and Dalabyggð (on a map, it’s the part in the upper northwest that looks like Iceland’s handle). The remote route twists and turns along fingers of land and occasionally along gravel roads and through tunnels to reveal stunning scenery that ranges from deep fjords, soaring cliffs and craggy mountains to golden beaches, natural hot springs and cascading waterfalls.

The Westfjords Way is more than a breathtaking road trip. It also uncovers a way of life in this sparsely populated area (home to just 7,000 of Iceland’s nearly 370,000 residents) dotted with welcoming villages amid natural drama. Wildlife enthusiasts will want to venture on a whale-watching excursion, observe the Hvítanes seal colony, and visit the Arctic Fox Centre or the Museum of Sheep Farming.

For the quirkier side of the Westfjords Way, stop by the Icelandic Sea Monster Museum, browse The Old Book Store in Flateyri (established in 1914), and see the unusual sculptures and buildings of the Samúel Jónsson Art Museum. You’ll also want to soak in the pools of Drangsnes Hot Pots, where locals and visitors gather to absorb dramatic views of the rocky coastline and converse with fellow guests. 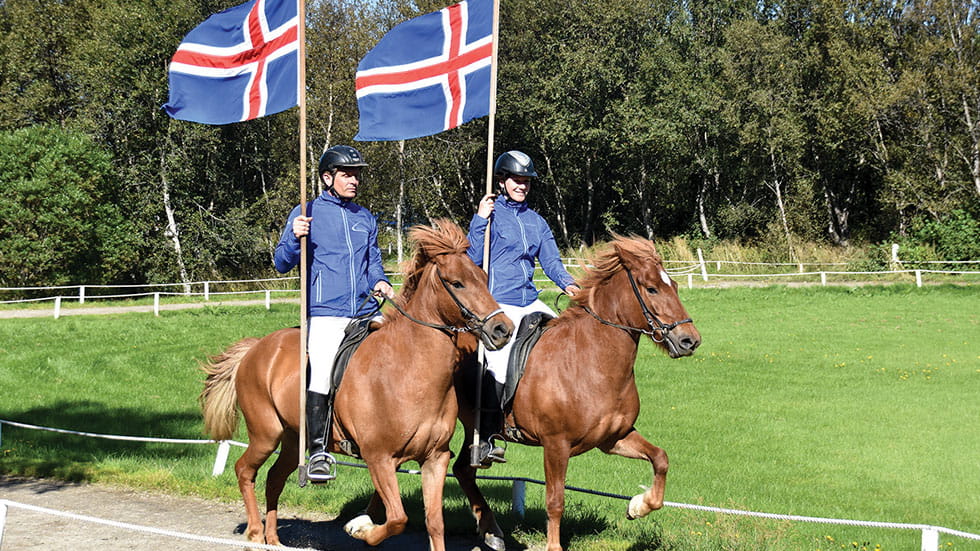 DINE AT A TOMATO FARM AND SEE A HORSE SHOW
With its long, dark winters, Iceland likely doesn’t pop to mind when you think of tomatoes, but the folks at Friðheimar farm have the science of growing tomatoes down to a fine art. Owned and operated by agronomist Knútur Rafn Ármann, his wife, horticulturalist Helena Hermundardóttir, and their five children, Friðheimar grows three varieties of tomatoes—plum, flavorino cocktail and piccolo—year-round in artificially lit greenhouses. The family welcomes visitors for guided tours, where you can learn about the use of geothermal heating in Icelandic horticulture. Lunch is served in a plant-adorned restaurant inside a spacious greenhouse. The homemade tomato-based cuisine may begin, for example, with the signature tomato soup, feature an entrée of mussels with tomato seafood sauce, and finish off with tomato ice cream.

But tomatoes aren’t the only draw to the farm. Friðheimar also features an equestrian center that’s home to some 40 horses. From May through September, visitors to the arena, which can accommodate 120 spectators in its stands, can enjoy a horse show that’s presented in 14 languages and accompanied by Icelandic music. The star of the entertainment is the Icelandic horse, of course, celebrated for its five distinct gaits and good spirit. Following the presentation, prebooked groups can stop by the stable to meet the horses and the riders. You may even be treated to a one-horse gait demonstration. 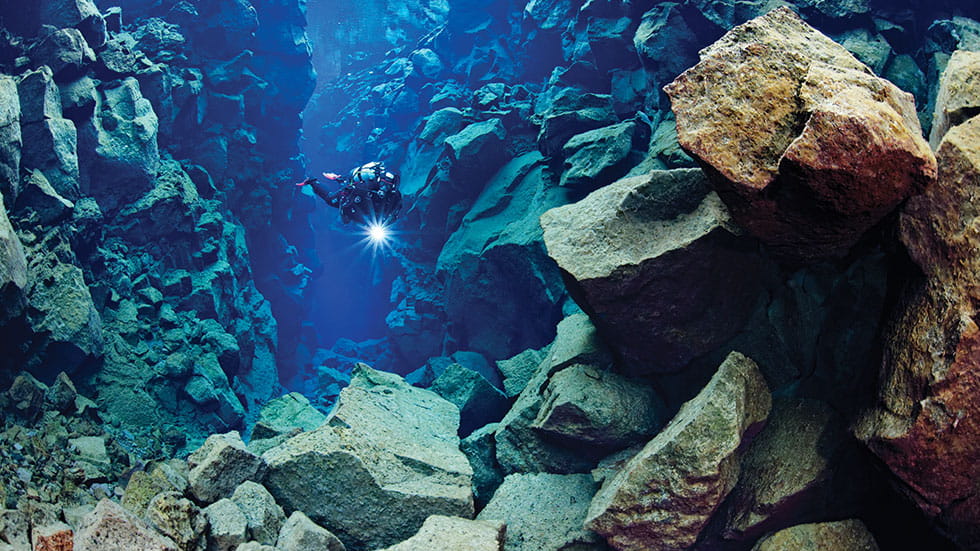 SNORKEL OR DIVE BETWEEN CONTINENTAL PLATES
Iceland lays claim as the only spot in the world where you can snorkel and dive between two continental plates. That’s right: you can snorkel and dive the Silfra fissure, a large lava gorge between the North American and Eurasian tectonic plates formed in 1789 in the aftermath of earthquakes and plate shifting. Essentially, you’ll be swimming in volcanic canyons between the two continents.

The dive site in Þingvallavatn, the lake in Þingvellir National Park, is said to have the clearest freshwater and longest underwater visibility—up to 328 feet—of anywhere in the world, thanks to glacial meltwater from the nearby Langjökull glacier.

In a country renowned for its bathtub-warm natural pools and spas, donning a dry suit to plunge into waters that hover around a frosty 35 to 39 degrees Fahrenheit year-round doesn’t make the must-do list for many travelers. That means peacefulness is a given once you’re immersed in the hushed, otherworldly environment of Silfra’s deep-blue waters, which are punctuated by soaring rock formations and fringed with colorful marine algae, including a bright-green variety known as “troll hair.” For added relaxation, choose a private guided tour from a handful of local operators such as DIVE.IS. 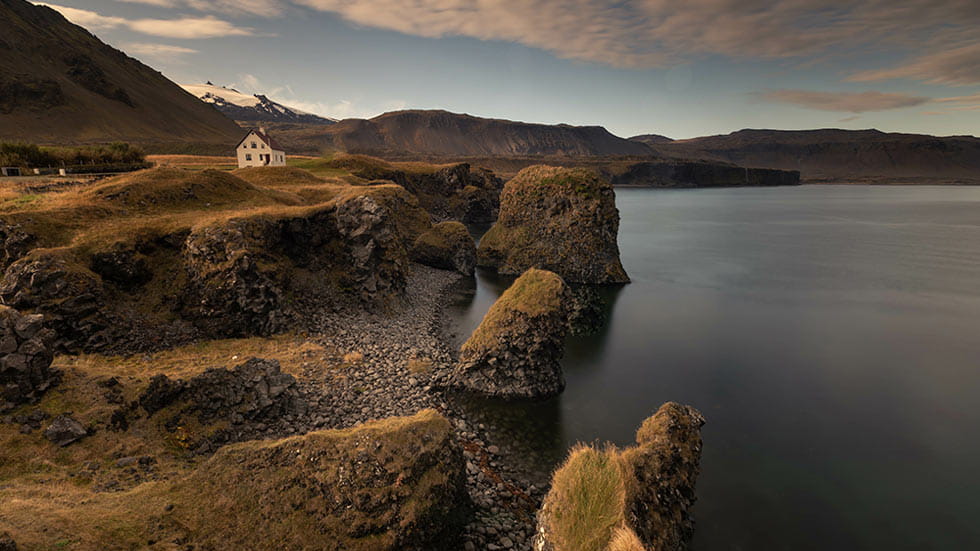 EXPLORE THE NATIONAL PARK LESS TRAVELED
Iceland boasts three national parks—that’s in a country of just 40,000 square miles, about the size of Kentucky or Virginia. Snæfellsjökull National Park is the least-visited park, but not because it lacks appeal. In fact, this free-admission park, which sits on the western edge of the Snæfellsnes peninsula in western Iceland (known as “Iceland in a Nutshell” for its trove of diverse landscapes) is the only park that stretches from mountaintop to shoreline and preserves the country’s maritime history dating to medieval times, when the land was settled.

The park takes its name from its spectacular stratovolcano and glacier. Standing more than 4,700 feet tall, Snæfellsjökull is a dormant volcano that last erupted about 1,800 years ago. This is the same glacier-capped volcano that’s legendary for its inspiration as the gateway to the center of the Earth in Jules Verne’s sci-fi novel Journey to the Center of the Earth.

On clear days, a Snowcat tour or guided hike to the summit of the glacier offers panoramic views of the peninsula. Other hikes crisscrossing the park lead through diverse landscapes, from a coastline with cliff formations and black and golden beaches to volcanic craters, moss-carpeted lava fields and lava tube caves. The park also offers prime birdwatching and whale-watching. Historic relics such as turf houses and fishing stations illustrate stories of medieval fishing culture.

Just when you think you’ve seen and done everything in Iceland, you find there’s so much more to explore. For when it comes to discovering Iceland, most of us have just experienced the tip of the iceberg. 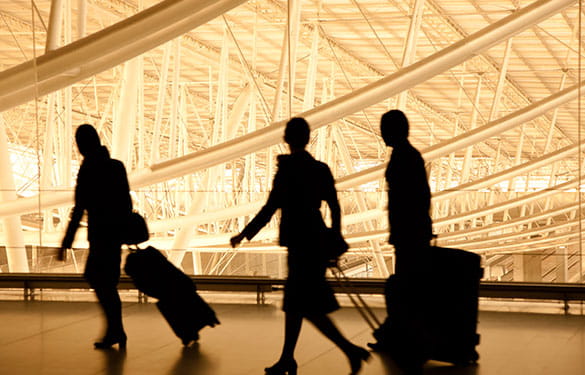 Should You Consider Global Entry?

Interesting Foods to Try in Iceland