STEP BACK IN TIME BY RIDING THE RAILS ALONG THE GRAND CANYON. 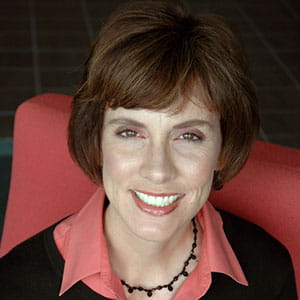 Given the allure of the Grand Canyon, it’s not hard to see why this glorious natural wonder is on more than a few bucket lists. I took my gadget-loving kids there for the first time in 2015, and even they were awed by the sheer magnitude and beauty of this mile-deep canyon. Now, three years later, the siren’s call of the Grand Canyon led us back to Arizona.

I booked our stay at The Lodge on Route 66, a freshly renovated 18-room motel in the historic district of Williams, about 65 miles from the South Rim. I was eager to avoid the lengthy car lines at the gate over spring break and effortlessly choo-choo into the national park by way of the historic Grand Canyon Railway, gladly taking in every ounce of majestic scenery.

IT’S ABOUT THE JOURNEY

The train takes about two hours to travel to the Grand Canyon, but we weren’t just embracing a new mode of transportation. The journey along this historic railroad that first carried passengers to the Grand Canyon in 1901 was also about the experience. The train was originally used to carry ore from the Anita mines in the late 1800s. Today, a ride on this train allows guests to step into a past filled with cowboys, shootouts, sing-alongs and even a mock train robbery.

But first, let’s rewind to 30 minutes before the train’s posted departure time. Just steps from the boarding platform, enter three Old West gunslingers from stage left, and the Wild West show had begun. Fifteen minutes later, there were two dead outlaws and an unresolved dispute over what was for breakfast. The audience was captivated, and the scene set the tone for the day.

Moments later, the engine chugged its way out of the station, and we met Dennis, our Passenger Service Attendant (PSA). He attended to our train car of 50 or so passengers and was with us for the entire journey to ensure we stayed hydrated and were properly regaled with the colorful history of the railway, which runs exclusively from Williams to the Grand Canyon’s South Rim.

Planning a trip? Check out the Member benefits you can get on travel. Get Details

A NEW DAY FOR THE RAILWAY

The railway ceased operations in 1968 when the booming popularity of automobile travel left the railway with too few customers. Service was restored in 1989 when a couple from Phoenix purchased and refurbished the line to its original grandeur, featuring six different classes of service, a fleet of diesel and steam locomotives, and a variety of passenger cars, including an observation dome. Today, Xanterra Parks & Resorts owns the Grand Canyon Railway as well as its Old West-style hotel, RV park and pet resort. Just two blocks from Route 66, guests of the hotel and RV park can enjoy an indoor swimming pool, hot tub and fitness center as well as an on-site buffet restaurant and pub.

While there is no Wi-Fi on the train and cell service is spotty at best, we were happily entertained on board by the musical stylings of Nick Tycoon (my money’s on that not being his real name). Wearing an embroidered shirt, extra-large belt buckle and a black cowboy hat, he strummed his guitar, urging us to sing along to his favorite country songs.

I like to think my kids found it freeing to not be able to scroll through Snapchat stories. I, for one, enjoyed a break from refreshing for new likes on my latest Instagram posts. There really is something to be said for allowing yourself to simply sit back and revel in the views.

Grand Canyon country is situated on the Colorado Plateau in the northern part of Arizona, and most of the ride along the railway is at an elevation of around 7,000 feet. What this means is that a range of landscapes crossed our windows, from ponderosa pine forests to scrubby wide-open prairies, up until the final moments when the ruggedly beautiful Grand Canyon came into view.

When you're ready to start planning your trip, our travel agents can help. Find An Agent

The train depot at the South Rim, one of only three remaining log-and wood-frame depots in the U.S., is steps from the historic El Tovar Hotel, an elegant hotel designed to appeal to the day’s elite when it opened in 1905. Take a few more steps, and there it is: the Grand Canyon. With just under four hours before being called back to Williams, we looked out over the awe-inspiring canyon and then made a beeline for the food court inside Maswik Lodge, a rustic lodging option set in a ponderosa pine forest, just one-quarter mile from the rim of the canyon. Grumbling tummies (and children) would not allow us to proceed without being appeased.

We spent much of our remaining time meandering along the paved Rim Trail, a mostly shaded quiet trail that extends 13 miles and skirts the South Rim, stopping every so often to admire the staggering grandeur of the Grand Canyon and snap photos for our social media stories. In this area of the park, we were a short walk from Verkamp’s Visitor Center as well the historic Kolb Studio, a photography studio that dates back to 1904 and is now home to art exhibits. The studio overlooks the Grand Canyon and the trailhead for the steep, but popular, Bright Angel Trail, which descends more than 4,000 feet over the course of 9.5 miles to the Colorado River below. There’s also an ice cream shop at the contemporary 1960s-era Kachina Lodge that sits at the edge of the Grand Canyon as well as plenty of rockers on the covered porch at El Tovar for those eager to get off their feet.

Ready to start planning? We can help. Find Out More

A half-day adventure at the Grand Canyon is plenty of time for many people, particularly if it’s a return visit. There’s time for a meal, a hike and a wander about the visitor center. The Grand Canyon also has a fantastic shuttle bus system, making it easy to reach additional viewing points from the comfort of the shuttle.

On the return train ride to Williams, however, we got robbed. That is, the Great Train Robbery took place about 45 minutes before we pulled back into the station. Fortunately, we knew it was coming, so we could ready our cameras. Well, we knew something was coming, and since I’d already scoured the website, I had an inkling of what that something was.

Precisely at 5 p.m., the outlaw gunslingers from the morning show sidled up alongside the train, galloping on horseback. They soon made it onto the train and “robbed” passengers (collected tips) before the sheriff swooped in to save the day. Even my screen-obsessed kids couldn’t look away.

As I watched the sun begin to dip as we departed the train, I knew it was a day very well spent. There was hiking, there were ice cream cones, and there were plenty of shots of the Grand Canyon on my iPhone. If we had been able to spend more time in the area, we could have opted for the Grand Canyon Railway’s packages that include overnight stays both inside and outside the park. That’s for next time the siren calls.

Save on Popular Destinations During Downtime