Travel | Traveling
Innovations That Will Change the Way You Fly

First you buy the ticket. Then you go through airport security. Finally, after boarding, you settle into your seat and hopefully catch a little shut-eye while you’re in the air before heading to baggage claim once you’re on the ground. The basic nuts and bolts of flying haven’t changed much since the inception of air travel. But in an effort to get more of your business, airlines across the country and around the world are turning to new innovations to make your flying experience a bit more pleasurable.

FREE MUSIC AND TELEVISION
When iPads, tablets and smartphones became all the rage, many thought it would be the demise of inflight entertainment as we knew it. But many airlines doubled down on their offerings to help you enjoy your time. Delta Air Lines actually added more seatback entertainment systems to its fleet, offering you the ability to stream movies, television series and even some live television stations while you’re in the air. Likewise, United Airlines has added complimentary access to live TV on more than 200 of its Boeing 737 aircrafts, powered by DIRECTV. American Airlines also features live TV on more than 400 of its domestic and 155 of its international aircrafts, but recently upped the game by adding complimentary access to Apple Music while in flight. The move gives passengers access to more than 50 million songs, playlists and music videos on domestic flights equipped with Wi-Fi.

SMOOTH RIDES
Delta’s proprietary Flight Weather Viewer iPad app, available to Delta pilots, provides the crew with real-time graphics depicting turbulence and other weather hazards along flight paths. Pilots can use this data to determine how they can more precisely manage the cabin experience for passengers and reduce turbulence whenever possible. 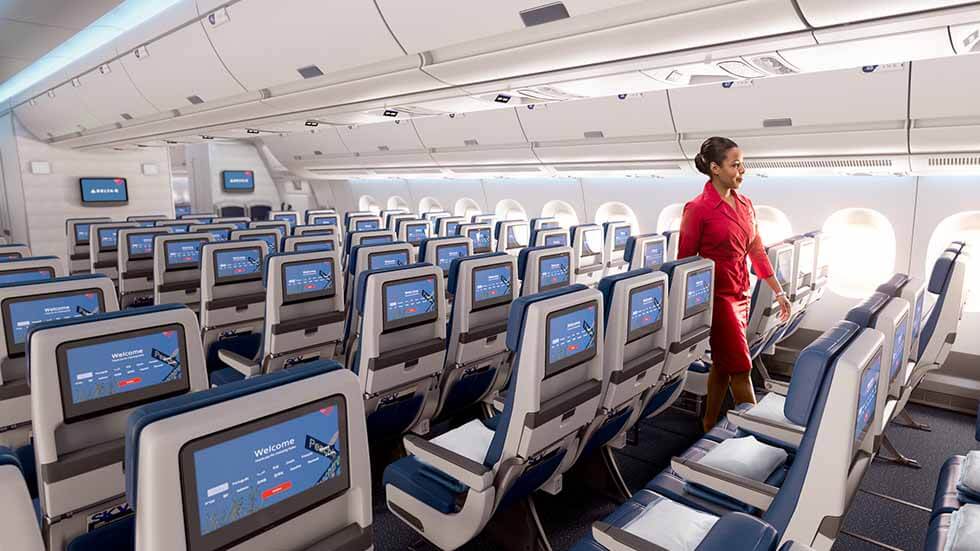 FACIAL RECOGNITION BOARDING
In 2018, Delta became the first domestic airline to partner with U.S. Customs and Border Protection to introduce the first-ever fully biometric terminal in the country at Atlanta’s Hartsfield-Jackson International Airport in Terminal F. Facial recognition technology allows passengers to go from check-in to bag drop, through security and board the plane by looking into a camera to verify their identity, eliminating the need to show a passport or paper boarding pass. Delta is implementing the same technology at other U.S. airports, including Detroit and New York’s JFK. British Airways is using similar technology on international flights in Los Angeles, Orlando and New York. 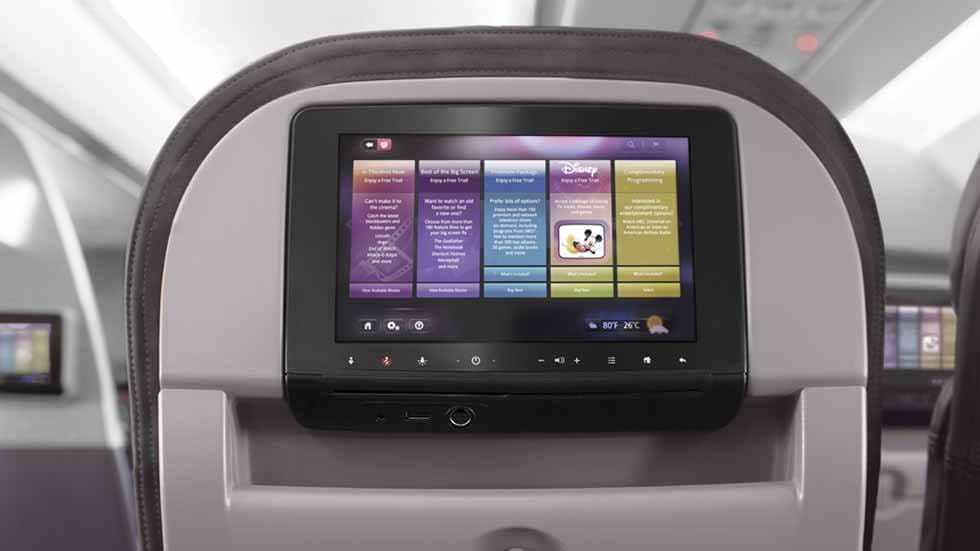 FREE AND HIGH SPEED WIFI
Delta, United and American are all working toward making it easier for you to work while you’re in the air by adding high speed internet services to most of their mainline flights. But this year, Delta is testing free Wi-Fi on around 55 domestic flight segments a day on select short, medium and long-haul routes in the airline’s efforts to offer free in-flight Wi-Fi as a part of its complimentary onboard entertainment options. While the test won’t support streaming services, passengers will be able to browse, email, shop, message and engage in social media while in flight. 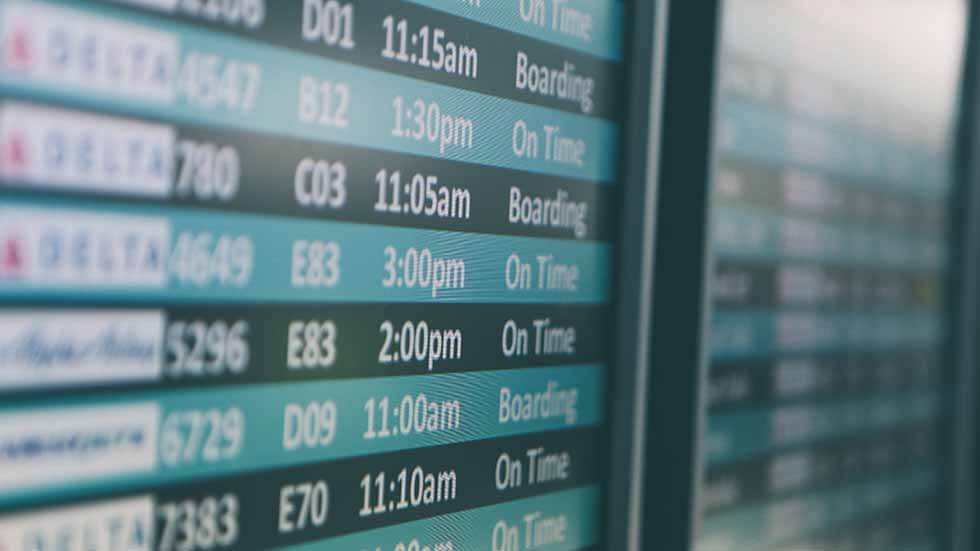 MORE PREDICTABLE FLIGHT DELAYS
JetBlue, partnering with Lumo, is building statistical models that will simulate the conditions of your flight to better predict flight delays. According to Bloomberg, the simulation is so detailed that it will consider both the density of planes in your airspace and how the Federal Aviation Administration (FAA) has previously made decisions under similar conditions. Using the data from the simulation, a score for the flight will be created that indicates how likely a flight is to be delayed. This will help passengers determine if their current flight is the right choice for them to get to their destination on time if their travels are time sensitive.

I Want to Go to There
Namibian Self-Drive Safari 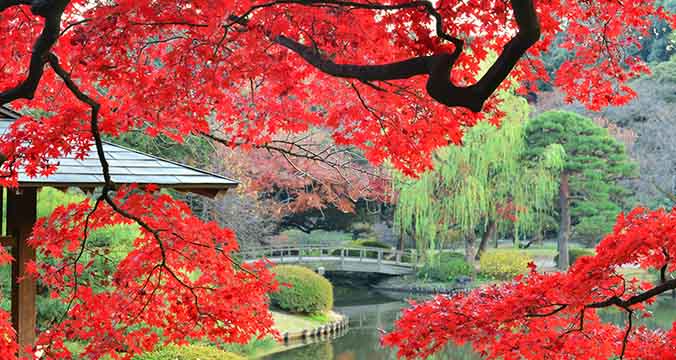 Avoid These Airports On Your Next Connection