SPENDING TIME TOGETHER WHEN A PANDEMIC KEEPS YOU APART

I forget why exactly, but I decided playing Dungeons and Dragons (DnD) with my family would be a good way to stay connected during the pandemic. It would let us hang out for a few hours and have some laughs without the pressure of looking for something to talk about.

Dungeons and Dragons is a cooperative role-playing game where one person, the dungeon master (DM), creates a scenario for a group of players, the Player Characters (PCs), to interact with. The PCs each have a character with a personality and set of abilities. The DM describes the initial setup and PCs make decisions and take actions that move them through the story. To decide if an action succeeds or fails, the PCs and DM roll dice. Sometimes there is a map, physical or digital, that players move small figures on. Other times, the game is played entirely through the theater of the mind.

I recruited my mom, my aunt- and cousin-in-law (Liz and Michael), and my mom’s friend, Lori. Experience levels varied. I’ve played Dungeons and Dragons most of my life; Michael is the president of the DnD club at his high school; my mom is familiar with the game; Liz only knows that it exists; and Lori had never heard of it. I hired my friend Cory, a professional dungeon master, to run the game.

We set a date and time, keeping in mind that there were two time zones and a variety of bedtimes in the group. Then I built characters for us to play and figured out how to ensure everyone had access to the technology they’d need to play online.

A number of decisions go into making a DnD character. Two of the most important are their class and race. These two decisions impact things, like, how the characters look and determine the bulk of their abilities. 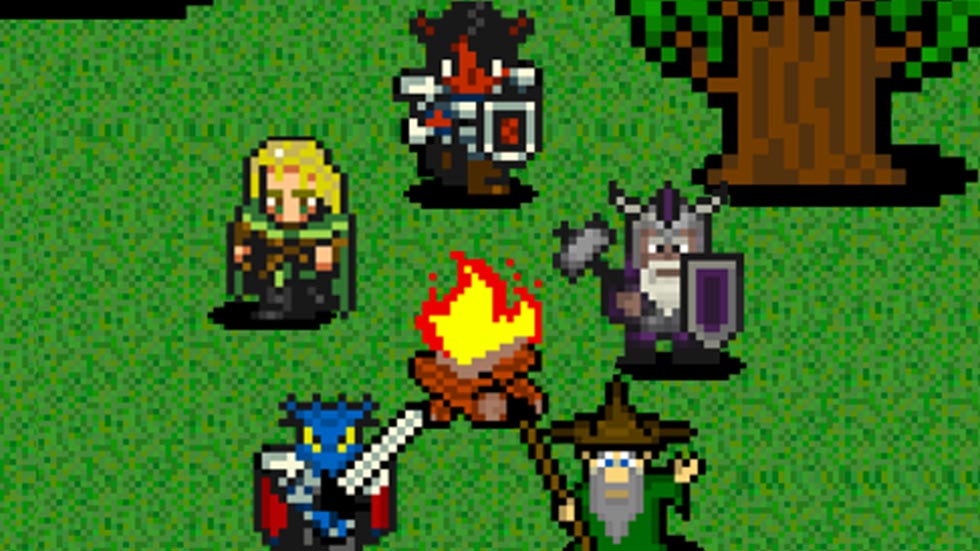 I made one character for each traditional Dungeons and Dragons roles: fighter, healer, thief, and wizard, and then a paladin, which is a cross between a fighter and a healer. The characters were a mix of races. Half were traditional DnD races like elf and dwarf, and half were exotic races. The exotic characters were a dragonborn, a dragon-man, and a tiefling, a human/demon hybrid.

This meant that the party would be well equipped to deal damage, heal, and have access to a wide variety of skills to help overcome whatever challenges they faced. Some members could also do things like breathe lightning, create illusions or resist damage from fire. 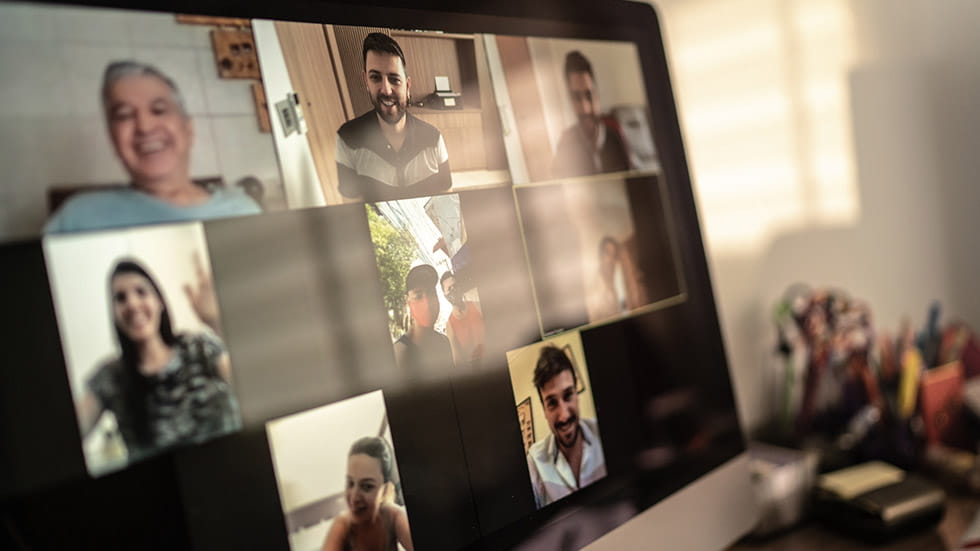 Setting up the technology was nerve-wracking. I find technology relatively easy to navigate, but some of the players were a bit tech averse. I was worried they’d have difficulties logging into Roll20, the website we were using for a map and to roll dice, or have trouble downloading and signing up for the Discord, the chat program. I emailed everyone repeatedly with links, instructions, and the promise to help as needed.

There was minimal technological fuss on game day. Once everyone was online, we decided who would play which character. Then Cory turned on his playlist and said his signature line: “If I could, I’d like to help you tell a story about a group of individuals in a bizarre situation brought about by extraordinary circumstances.”

The game opened with a map of campfire in a small clearing. Surrounding the fire were the five members of our adventuring party, each represented by an effigy custom drawn by Cory.

We imagined that our characters would be tired from traveling and wouldn’t want to spend another night sleeping on the cold, hard ground, so we decided to enter the nearby town of Urquell and find an inn. Lori’s character, the elf, had the most Charisma, so she approached a villager, complimenting her hair, and asked for directions.

At the inn, we arranged for some food and my mom’s character, the dwarf, complained about the quality of the beer and how the other characters would surely get us into trouble, as usual. There was also an owl in the room. Eventually, we discovered the owl and one of the patrons could communicate, and the owl was helping him swindle the townsfolk at cards. 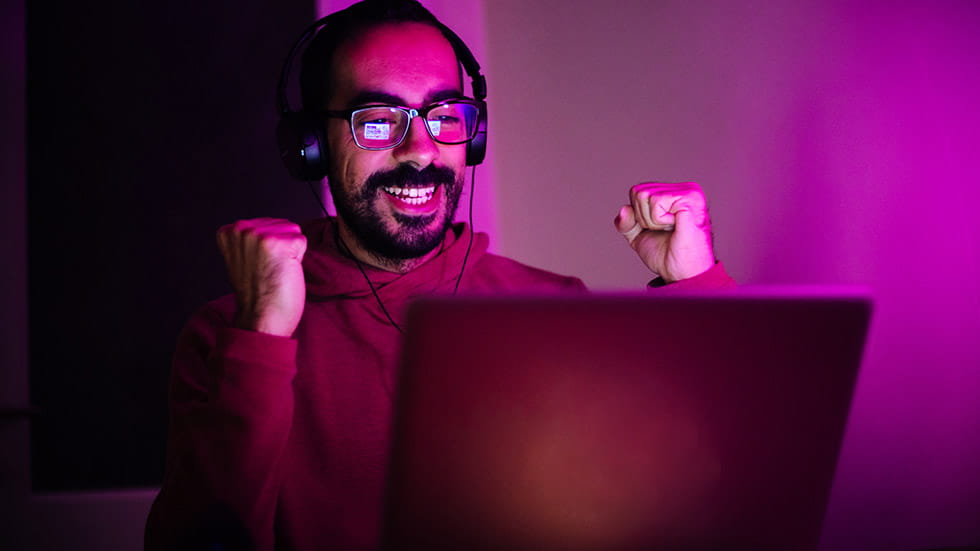 Suddenly, there was a scream. We ran outside. Giant rats were attacking the town. During a fierce battle, we slew the giant rats with a combination of swords and sorcery. When we returned to the inn, the cheater revealed that he had stolen a magical stone from the druid who protected the surrounding forest. The rats were likely an attempt to retrieve it.

We “persuaded” the cheater to reveal where he’d stolen the stone from and set off to return it, encountering a group of goblins along the way. None of us spoke Goblin, but the little green monsters spoke Common so we attempted to parley. It failed. The goblins attacked us, but we defeated them. Unfortunately, we ran out of real-world time at that point and had to stop for the evening.

The game ran about four hours, finishing around 9:00 p.m., my approximate bedtime. Normally, I’m exhausted after only an hour of Zoom meetings, but we were having so much fun getting into character and interacting with the story that I felt like I could’ve kept playing.

People often feel silly about getting into character, but we didn’t experience any of that. Cory had a different accent and personality for everyone we encountered, and I think that helped us feel more comfortable. Everyone got into character at least a little bit and quickly understood the rules, so the game moved at a good pace.

Getting a game together may seem daunting. You need to find people, learn how to play, and learn the technology. There are a lot of things you can do to make your life easier however. Finding someone who already knows how to play is a big help; they can assist with making characters or even running the game. Instead of Discord, you can use technologies you’re already familiar with: Zoom, Skype, Slack, etc. Roll20 can also track a lot of the rules for you, so people won’t have to constantly look things up. Finally, you can hire someone like Cory to take you through the game soup to nuts. He even does tutorials on how to use Roll20 if you want to be the DM for your own group.

The game made me feel more connected to my mom, as it was the most face-to-face interaction we’ve had all year. After all, she introduced me to the Dragonlance books, which led to me becoming interested in Dungeons and Dragons in the first place. It also took me back to when she would make up stories to tell me on long plane rides. Liz and Michael felt more connected as well. She’s always been very enthusiastic about his involvement with DnD, but I don’t think she quite wrapped her head around the game we played. Lori isn’t related to any of us, but she and my mom are good friends, and I could tell that they enjoyed interacting beyond a phone call or text message.

Everyone is eager to play again. It was a fun way to spend an evening with other people in the comfort of our own homes. There are so few opportunities to use our imagination and just have fun these days that everyone relished the opportunity to do so with people they care about. The interaction was comparable to how you are with your friends when you get together to watch football or a TV show.  And even though we did spend some time chatting, it didn’t have the status-report feel that some catch-up calls do.

We’re currently coordinating schedules for our next game. I’m not sure if we’ll finish the adventure from this session or start a new one. If the group is amenable, I really want to play through the original Dragonlance adventures, since the novels hold so much meaning for me and my mom. Either way, I can’t wait to roll some more dice with my family.