Travel
Avoid These Airports On Your Holiday Travels

THE BEST & THE WORST

Time off from work and holiday excitement means thousands will set off for airports across the country this holiday season.

Travel and Leisure reported that the Monday and Wednesday before Thanksgiving were the busiest travel days in 2021, and "most often, December 23 is the busiest travel day preceding Christmas." With extra people traveling this time of year and airlines and airports still struggling with staffing problems, it's worth taking a moment to strategize before booking your winter flights. 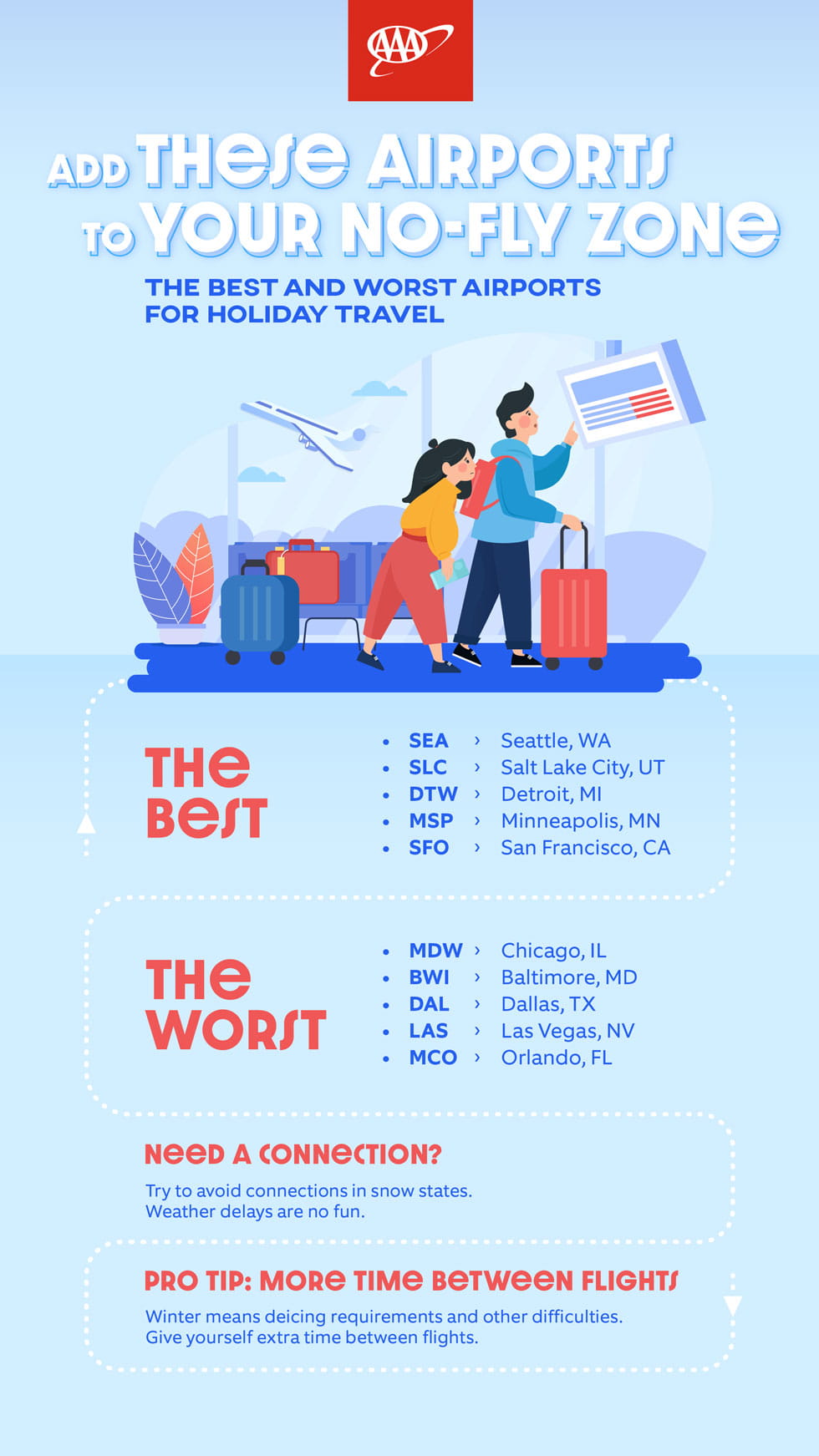 WHAT AIRPORTS HAVE THE BEST/WORST ON-TIME RATES?

Airport On-Time Departure Rankings are produced by the U.S. Department of Transportation's Bureau of Transportation Statistics. Data is currently available for as recently as July 2022. This data is helpful to review if you can choose your departure airport or your connection airport.

While winter weather can disrupt even the best plans, these airports have recently demonstrated the ability to get the most flights out on time. While the number one spot is not performing at a 95% level, as has been the case in prior years, the top five airports in July, starting with the best, were:

On the other end of the spectrum, the worst July performers out of America's major airports, starting with 30th place, were: 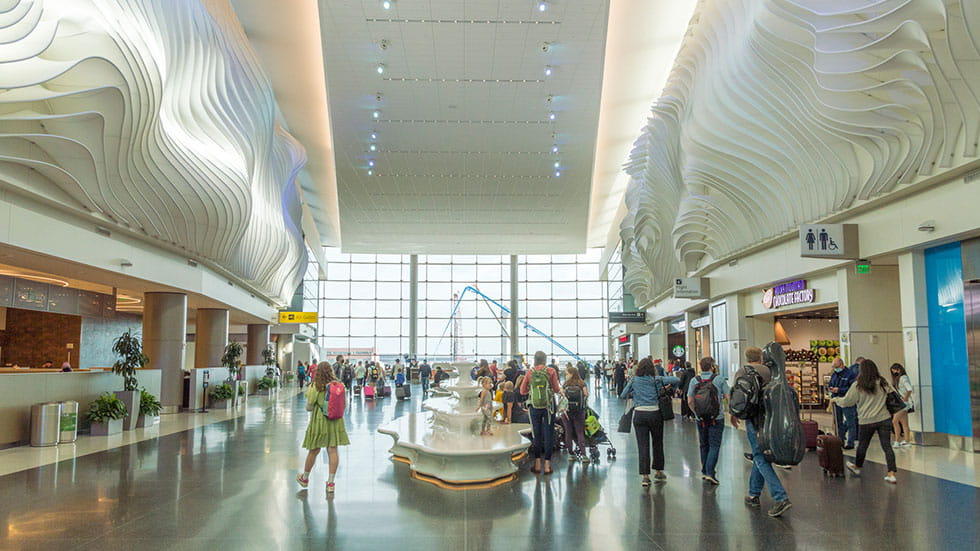 WHAT AIRPORTS MAY BE A POOR CHOICE FOR A CONNECTION?

If numbers aren't your thing, a little logic can go a long way towards ensuring a smooth journey. For example, if you're traveling during the winter, you might want to avoid airports that typically experience extreme winter weather. Just as you might pass over connections through Florida in the summer due to the state's frequent thunderstorms, you might avoid a location known for snowstorms in the winter.

Therefore, if connecting in middle America, choose a location less likely to see snow. When buying your airfare, filter for connection airport, and if possible, opt for a nonstop flight. Otherwise, you might consider connecting in Houston or Dallas instead of Chicago if flying United or American. Connecting in Atlanta instead of Minneapolis would be a good choice if flying Delta. 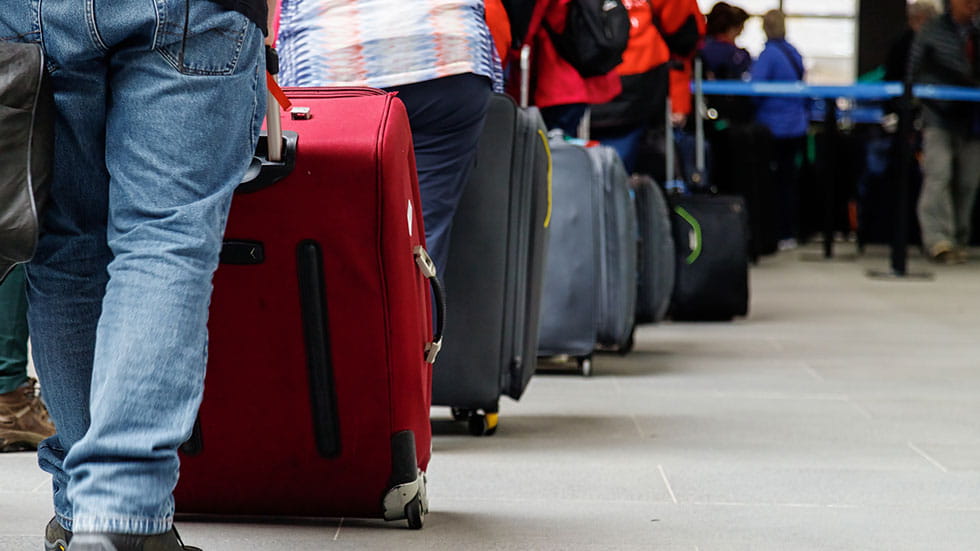 Even if a snowstorm doesn't cancel or delay your flight, other winter travel snags are possible. For example, winter temperatures result in de-icing requirements. This could cause your flight to depart late, so be sure you have enough of a buffer between connecting flights.

Also, if starting your trip at a popular winter destination—such as a popular ski-resort city—give yourself spare time if you're checking any bags. Extra-bulky winter baggage can cause longer lines at check-in counters, especially with unpredictable staffing levels. 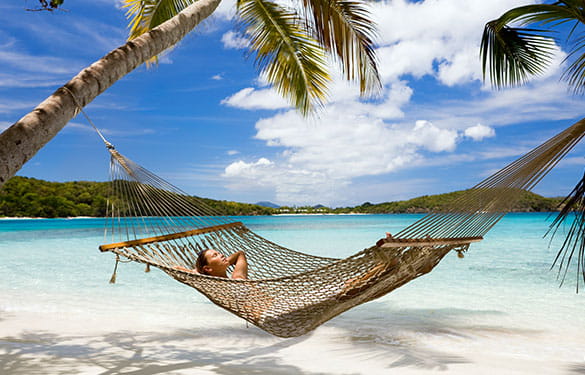 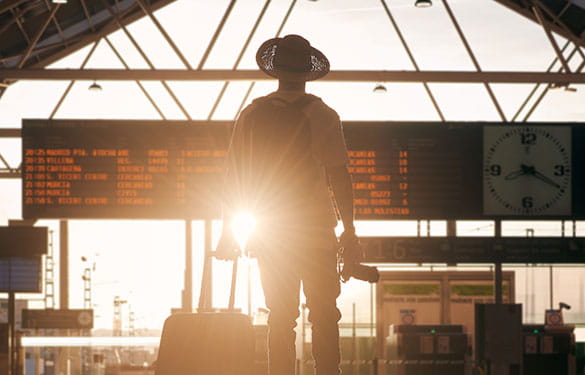 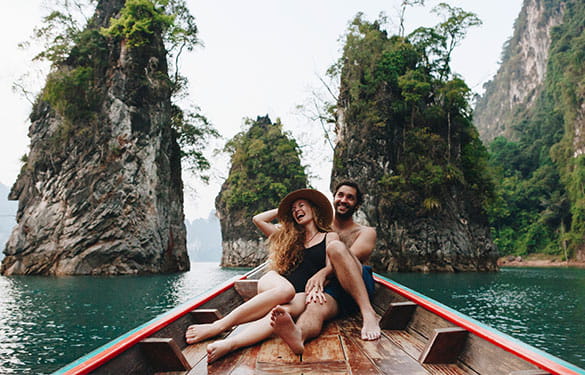 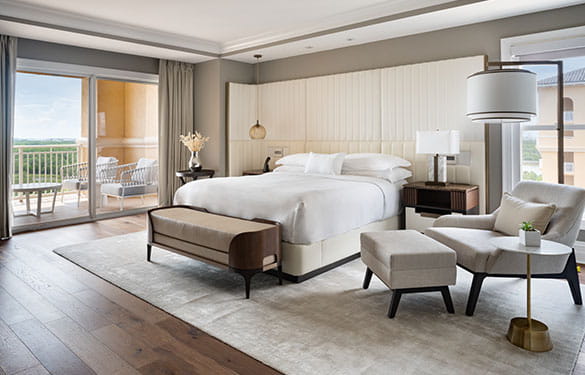 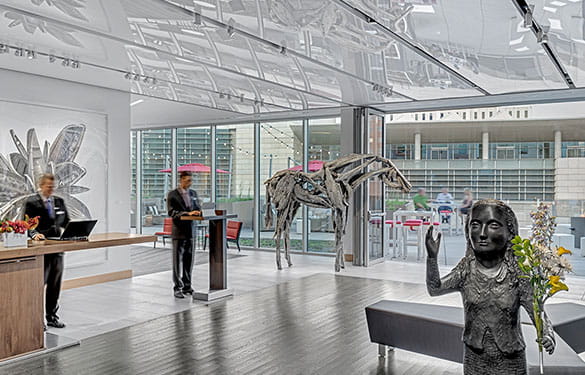 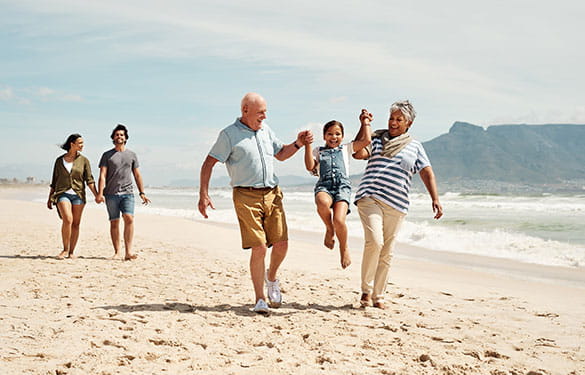 The Perks Of Splurging On Travel