A MODERN MARVEL WHEN IT OPENED IN 1931, NEW YORK CITY'S EMPIRE STATE BUILDING REMAINS AMONG THE MOST BELOVED BUILDINGS IN THE US

Ninety years ago, on May 1, 1931, New York City’s Empire State Building welcomed its first guests to visit the open-air Main Deck Observatory on the 86th floor. The building was immediately touted “a wonder of the world” by the press, and though the views were hampered by the fog that day, dignitaries marveled at the building’s architectural and engineering brilliance, including the most advanced elevators ever built.

Back in Washington DC, President Herbert Hoover pressed a ceremonial button to switch on the building’s lights for the first time. The Art Deco skyscraper stood tallest in the world from 1931 until the completion of the first World Trade Center tower in 1970. 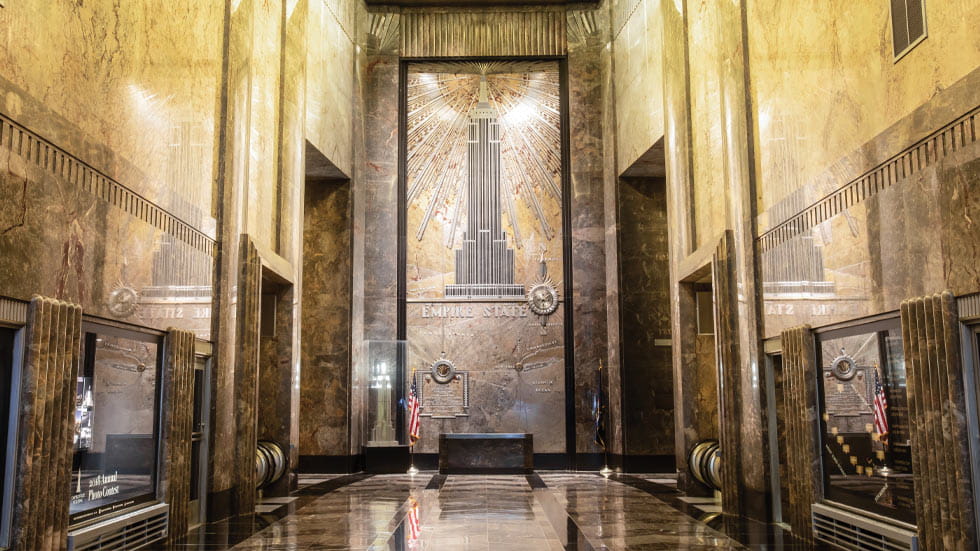 Today, the Empire State Building remains a cultural icon, its distinctive profile dominating the Manhattan skyline. The observatories on the 86th and 102nd floors offer 360-degree vistas of New York’s cherished landmarks, including the Brooklyn Bridge, Central Park and the Statue of Liberty. On a clear day, you can see up to 80 miles in the distance into New Jersey, Connecticut, Massachusetts, Pennsylvania and Delaware. (Try the complimentary viewfinders for a zoomed-in view.) 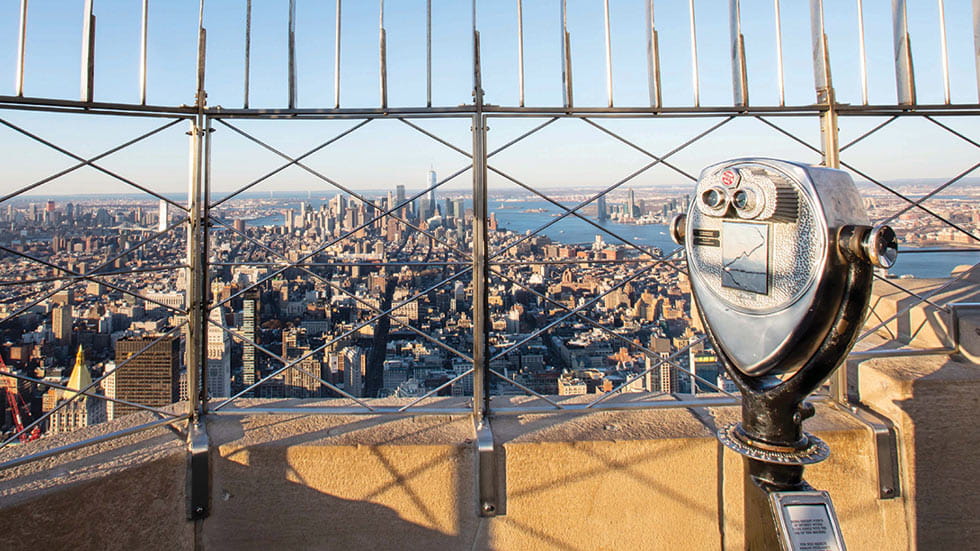 To reach the observatories, visitors ride a high-speed elevator to the 80th floor, which opens to a stunning bank of windows and interactive galleries. Then, they take a second elevator to the 86th floor’s indoor/outdoor Observatory Deck. For an added fee, they can ride the glass elevators to the 102nd-floor Top Deck Observatory. Though walking the stairs is not a daily option, on certain occasions, usually during peak visitation, guests are invited to walk the stairs between the 80th and 86th floors.

There’s also a much-anticipated annual Empire State Building Run-Up, set to be held this fall, which attracts elite tower runners from around the world to race up the 1,576 steps to the 86th floor.

Members can purchase discounted tickets for admission to the Empire State Building and its attractions. Learn more.

AN EVOLVING LANDMARK
While the Empire State Building retains its signature silhouette on the outside, it features a host of improvements on the inside. A four-year, $165 million renovation was completed in December 2019, which included a 40 percent increase in energy efficiency and 10,000 square feet of museum galleries chronicling the building’s history and legacy.

There are two sets of exhibit galleries, on the 2nd and 80th floors. The topics include an explanation of how this famous building came to be, with the “Construction” exhibit describing how architects and engineers designed a steel skeleton that would transfer weight from the walls to the foundation, allowing for its extreme height. 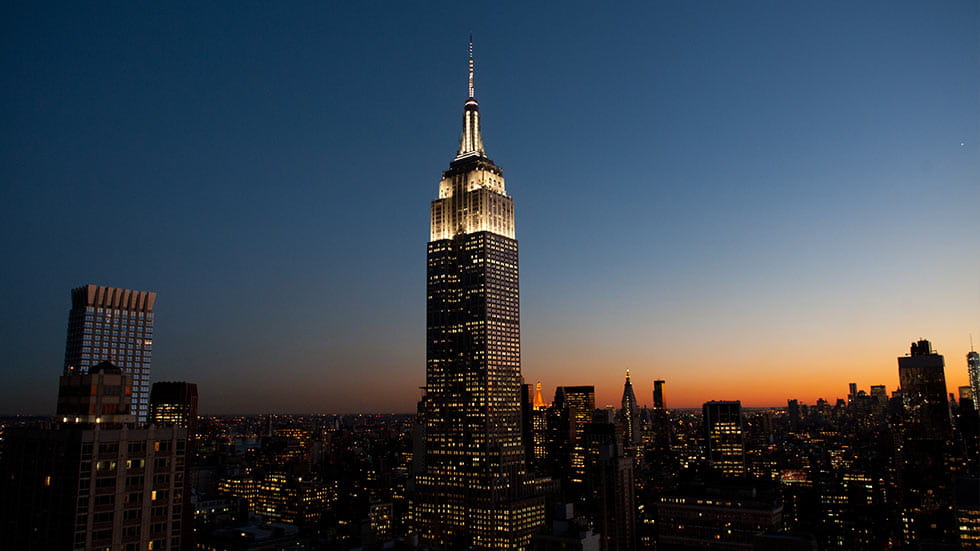 The advent of the Great Depression provided a surplus of construction workers who completed the building in a record-breaking one year and 45 days; guests can step into a diorama with a digital re-creation of those workers perched high above Manhattan.

The “Otis Elevator” exhibit celebrates the Empire State Building’s technologically advanced elevators, which were the first to reach the 80th floor of any building. The “Urban Campus” gallery provides a peek into the tenant spaces currently housed between the street level and 86th floors. These tenants include LinkedIn, Shutterstock and Citizen Watch Company, along with restaurants, shops and a gym.

The most popular galleries showcase the Empire State Building’s place in pop culture, with scenes from beloved films such as Sleepless in Seattle and photos of celebrities who’ve visited the observatories. The top shared exhibit on social media is a tribute to the 1932 movie King Kong, where visitors pose with the great ape’s huge fingers and watch a video of him dodging bullets while 1930s-era biplanes try to shoot him down. 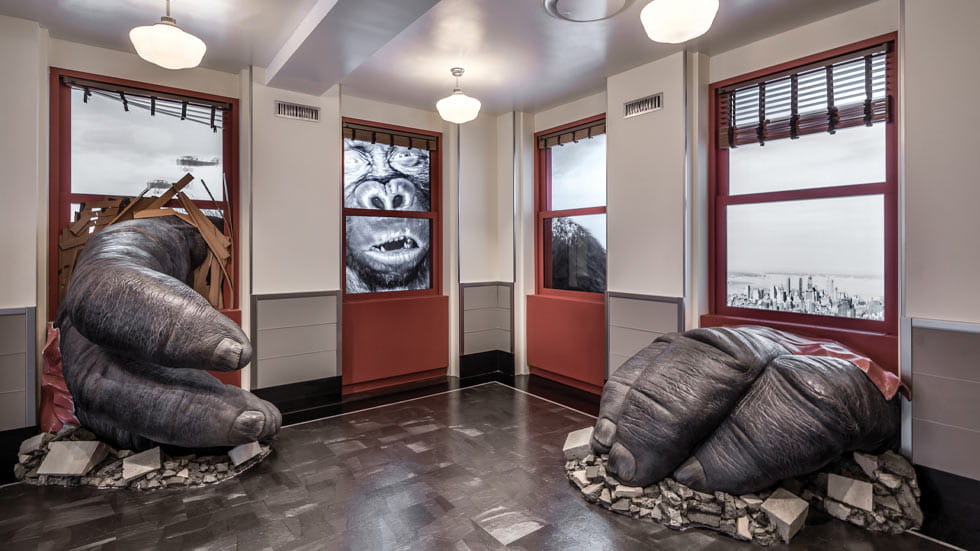 The renovations have transformed the visitor experience. “We knew our guests loved the building, loved the views, but they disliked the process of getting to the views,” says Ghazi. “Now guests are entertained every step of the way.”

He’s especially proud of the new observatory on the 102nd floor. “It’s a unique experience that begins with the elevator itself, which is all glass. As you rise to the 102nd floor, you start taking in the views. We’ve eliminated as many obstructions as we could and installed floor-to-ceiling glass around the perimeter of the observatory. It’s absolutely magical,” he adds. 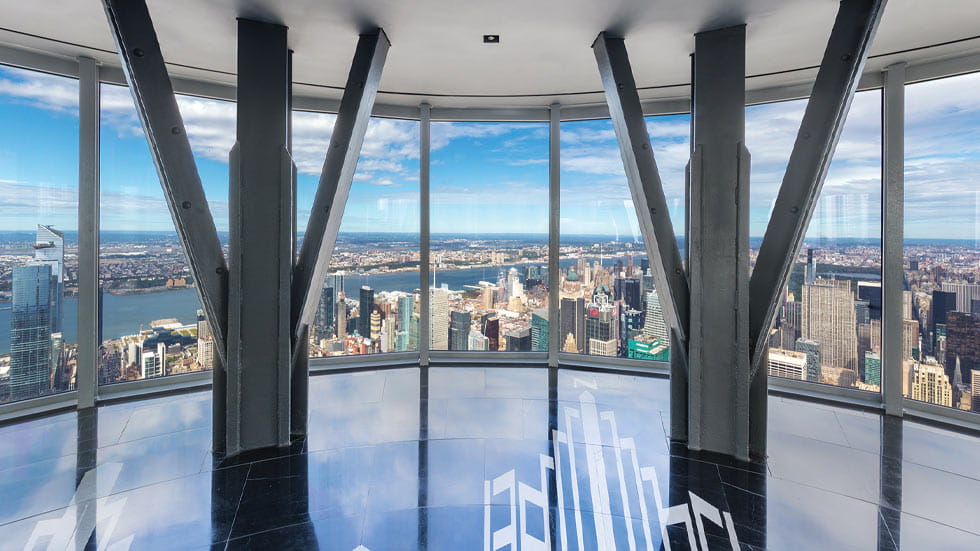 The Empire State Building also leads the industry in sustainability. Infrastructure enhancements include windows with automatic shades to deflect the heat. There’s also a system that reduces energy consumption by shutting off devices at night and on weekends. Updated elevators create and recapture their own energy, which is used to power their movement.

In 2012, the building unveiled new LED tower lights equipped with 16 million color combinations. The light shows are customized to reflect the country’s mood or events of the day. 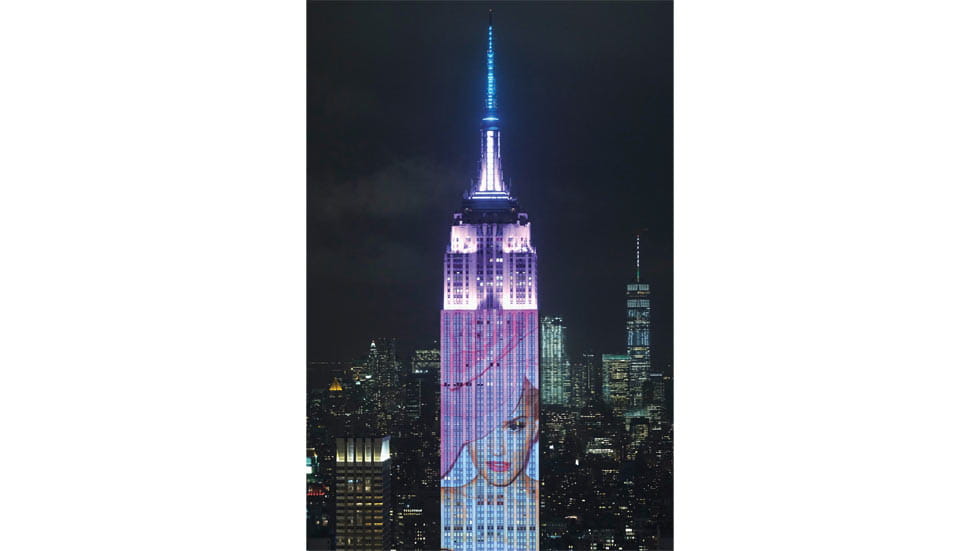 “In the dire times of the pandemic, New Yorkers turned to us for inspiration, to help them through some of the most challenging times,” says Ghazi. “We orchestrated our Heroes Shine Bright campaign, a weeklong lighting celebration honoring first responders and culminating in a coordinated lighting with buildings all over the world.”

“While our 90th birthday is a significant milestone, what we continue to celebrate is that we are a global icon. It defines New York City as a symbol of hope and inspiration,” says Ghazi. “And it’s 90 years young.”

IF YOU GO
In response to the pandemic, the Empire State Building has implemented indoor environmental quality enhancements with active ventilation and filters that capture and neutralize 99.92 percent of coronavirus particles. The building is certified by WELL Health-Safety Ratings for outstanding performance in cleaning and safety procedures.

The standard entry fee covers the museum and 86th-floor Main Deck Observatory, and for an additional fee, you can add on access to the 102nd-floor Top Deck Observatory. Advance-purchase, timed tickets are required and can be purchased at esbnyc.com. 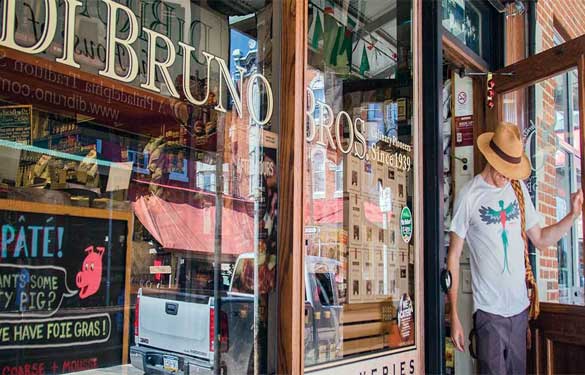 City of Mine: Philadelphia 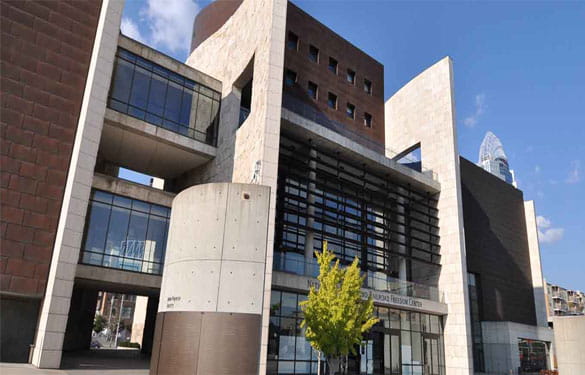