WE TELL YOU WHY THEY’RE OUR FAVORITES

The Tri-State region of Indiana, Kentucky, and Ohio is blessed with many ice cream emporiums that are destinations in themselves. Here’s the scoop on our favorites. 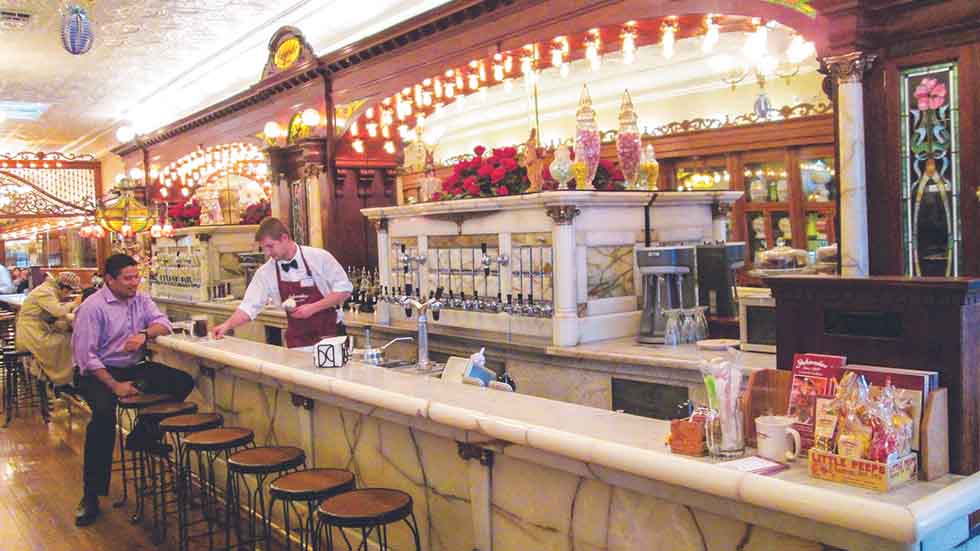 Stepping into Zaharakos Ice Cream Parlor is like stepping back a century in time. Courtesy of Visit Indiana

See if you can keep your jaw from dropping when you walk into this place, which is no mere ice cream parlor; rather, it’s an ice cream palace complete with stained glass, Tiffany lamps, carved oak cabinets, skylights and a 50-foot-long mahogany backbar. An ornate archway frames the establishment’s pièce de résistance: a massive Welte Orchestrion, a self-playing pipe organ that duplicates the sound of an orchestra right down to the bass drums. Its 200 rolls of music play tunes ranging from polkas to ragtime. Everything was lovingly and lavishly restored in 2009 by local businessman Tony Moravec to mirror the look of the place when it was opened in 1900 by three Greek immigrants.

Zaharakos makes its eight traditional ice cream flavors on-site. Order your favorite in a curvy glass dish, or better yet, get an ice cream soda with the liquid dispensed from a pair of rare Mexican onyx soda fountains. Then take a tour next door through Zaharakos ice cream museum in a space as large as the spacious ice cream parlor itself. On view are a large collection of 19th-century marble soda fountains, other Orchestrions and self-playing mechanical keyboard instruments, and dozens of colorful 19th-century glass and porcelain syrup dispensers. 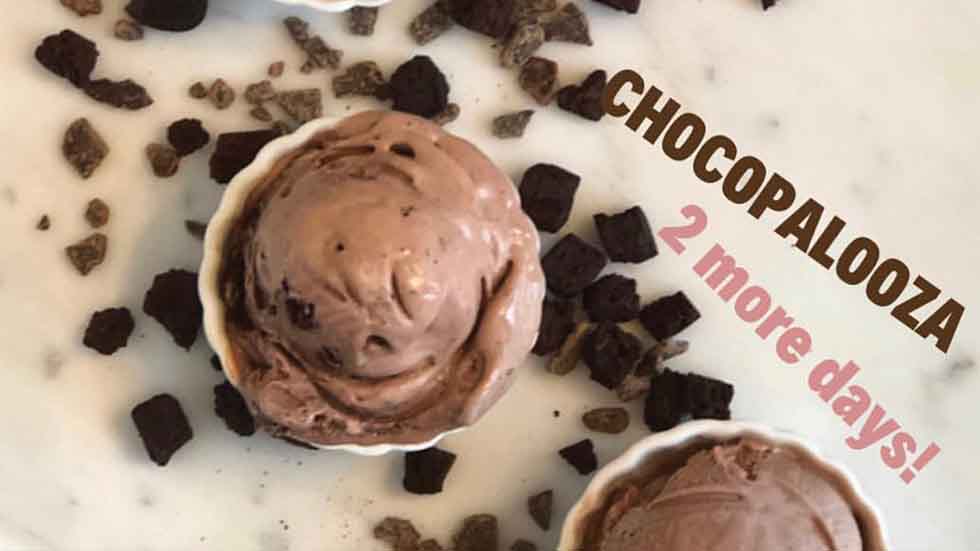 The menu at The Comfy Cow breaks it down into The Basics, Classic Flavors, Fan Favorites and Award-Winning Flavors. Courtesy of The Comfy Cow

Befitting its Southern location, this beloved locally owned scoop shop’s innovative ice cream makers aren’t afraid to occasionally pull out all the stops. When Justin Timberlake headlined a concert in the area in 2013, they created a Breakfast on Beale Street flavor, with bacon, cinnamon maple French toast and blueberry compote, in honor of Timberlake’s hometown of Memphis. Of the five Comfy Cow locations in Louisville, out-of-towners will likely most enjoy the one on historic Frankfort Avenue, which sprawls through two connected buildings, a modern retail area and a dining area inside a pink Victorian painted-lady with a turret, bay windows and rocking chairs on the front porch. 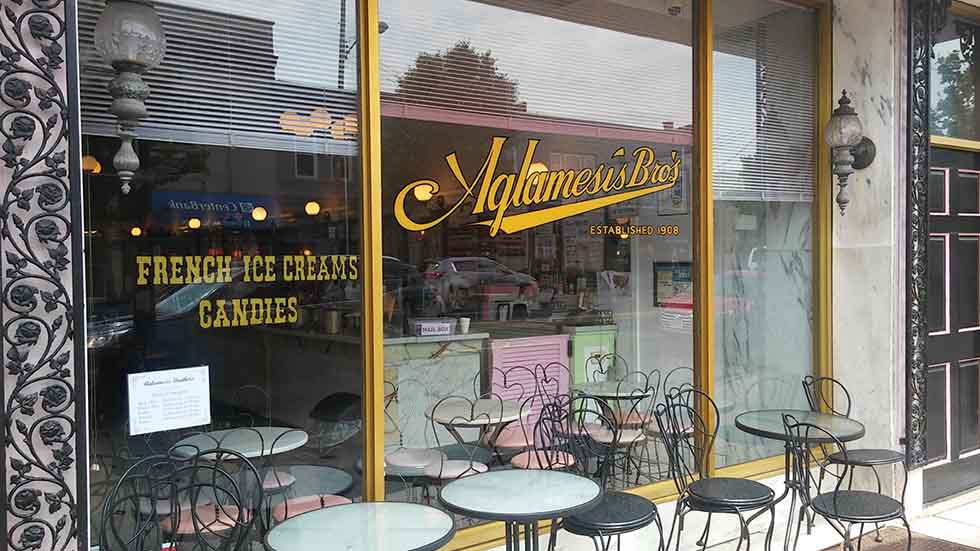 It’s the type of place where grandparents bring their grandchildren, telling them how their own grandparents once brought them there. Both The New York Times and Bon Appétit have recognized this family-owned and -operated establishment in the Oakley neighborhood as among the last authentic ice cream parlors in the U.S. In fact, its decor—with striped pink awnings outdoors and, inside, marble countertops, Tiffany lamps, a soda fountain, and chairs with wire backs bent into the shape of hearts—might have you thinking that you’ve stepped back in time to 1913, when the shop first opened. And if the shop makes you feel like a kid in a candy store, you’d be justified. Glass cases selling house-made chocolates line the length of the place opposite the ice cream counters.

Many Cincinnatians champion the ice cream here as the best in the city since it’s churned in small batches the old-fashioned way. Flavors tend to stick to the tried and true—think French vanilla, cookies and cream, and butter pecan. Specialty Italian ices, or sorbets, made with fresh fruits round out the delicious offerings. 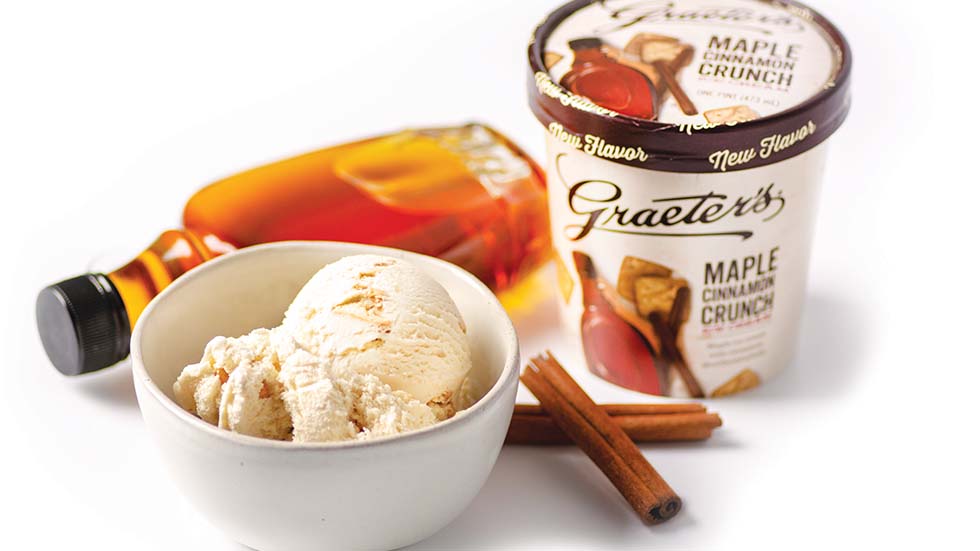 In 1870, Louis Charles Graeter began selling ice cream from a cart he pushed around the streets of Cincinnati. Now, 150 years and five generations later, the Graeter family is still making ice cream

using Louis’ French Pot process, which freezes the ice cream slowly in small batches, preventing excess air from entering the ice cream and producing a very dense, creamy flavorful delicacy. Graeter’s is also famous for the huge chunks—not chips—of chocolate found in many of its most popular flavors, such as Black Raspberry Chocolate Chip and S’mores.

Now a Cincinnati icon, Graeter’s Ice Cream has 55 scoop shops throughout the Tri-State, where you can also purchase ice cream cakes and pies as well as handcrafted chocolates. (Not near a shop? Graeter’s is also sold at some 6,000 supermarkets in the region.) Seasonal flavors such as Summertime Peach and Key Lime Pie supplement the standard fare at the scoop shops, and this summer, expect the launch of a 150th anniversary commemorative flavor. As we went to press, it was still a secret. 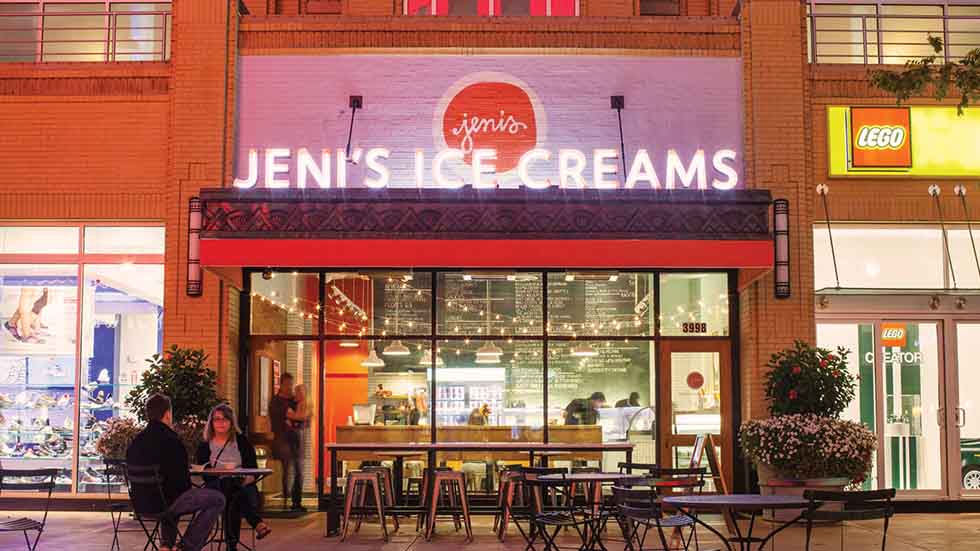 In the 1990s, Bauer started experimenting with essential oils in ice cream, adding oil of cayenne to chocolate, creating a flavor that starts cold and sweet and then bursts into flames on the tongue. More recently, her experimentation has resulted in a line of dairy-free products launched last year; a new vegan flavor, Caramel Pecan Sticky Buns, debuted this past spring. After establishing a cult following in central Ohio, Jeni’s is now finding success with scoop shops in Atlanta, Chicago, Los Angeles, Nashville and several other major cities.

A whopping 1.2 million annual visitors make their way to this 60-acre farm in Clark County east of Dayton. Clearly, Young’s is no ordinary ice cream destination.

Begun as a dairy farm in the 1860s, Young’s, now in the fourth generation of ownership by the Young family, first began selling its milk in 1958 to customers who entered a corner of the

milk room itself, pulled the milk from a refrigerator and placed their payment in a glass jar. Young’s started producing ice cream two years later, adding on to its retail area as demand increased. In the 1990s, the family started offering other incentives for people to stop by, including a miniature golf course, giant slides, a petting zoo, a batting cage and special events such as the Fall Farm

Pumpkin Festival in October. And, of course, you can watch the cows being milked each day in the late afternoon. 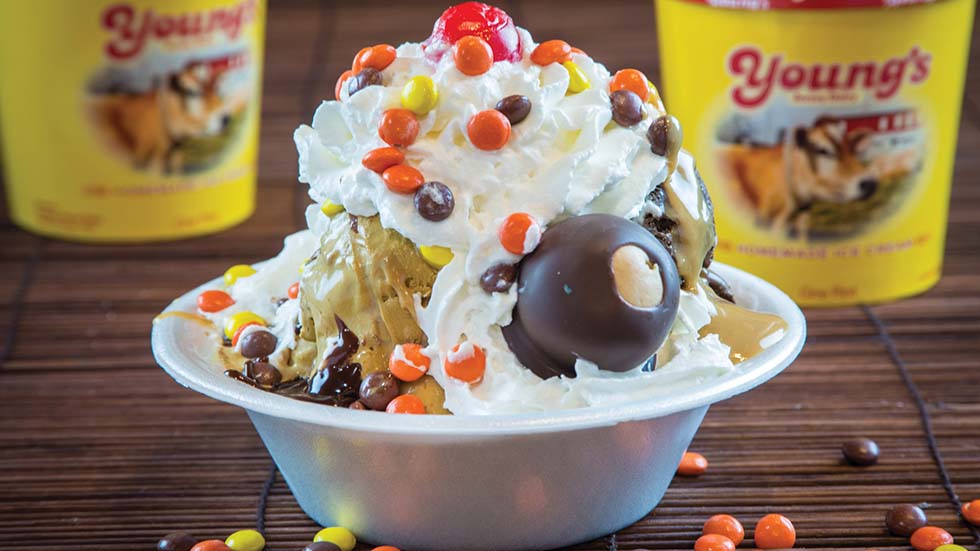 The Double Buckeye Sundae at Young’s Jersey Dairy is worth every delicious calorie. Photo by John Young

But the most compelling reason to visit is for the ice cream. More than 40 regular flavors include Mini M&Ms and Cow Patty—dark chocolate ice cream with chocolate cookie pieces, chocolate-covered toffee pieces and mini chocolate chips. Other choices include 16 types of gelato, a rich Italian ice cream. Among the half-dozen or so new flavors being introduced to the mix at intervals throughout this year are Chocamarshamellow and Buckeye Bliss, with little pieces of chocolate and peanut butter Buckeye candy.

Note: Before visiting any of the ice cream shops highlighted here, call to inquire about their current operating procedures.