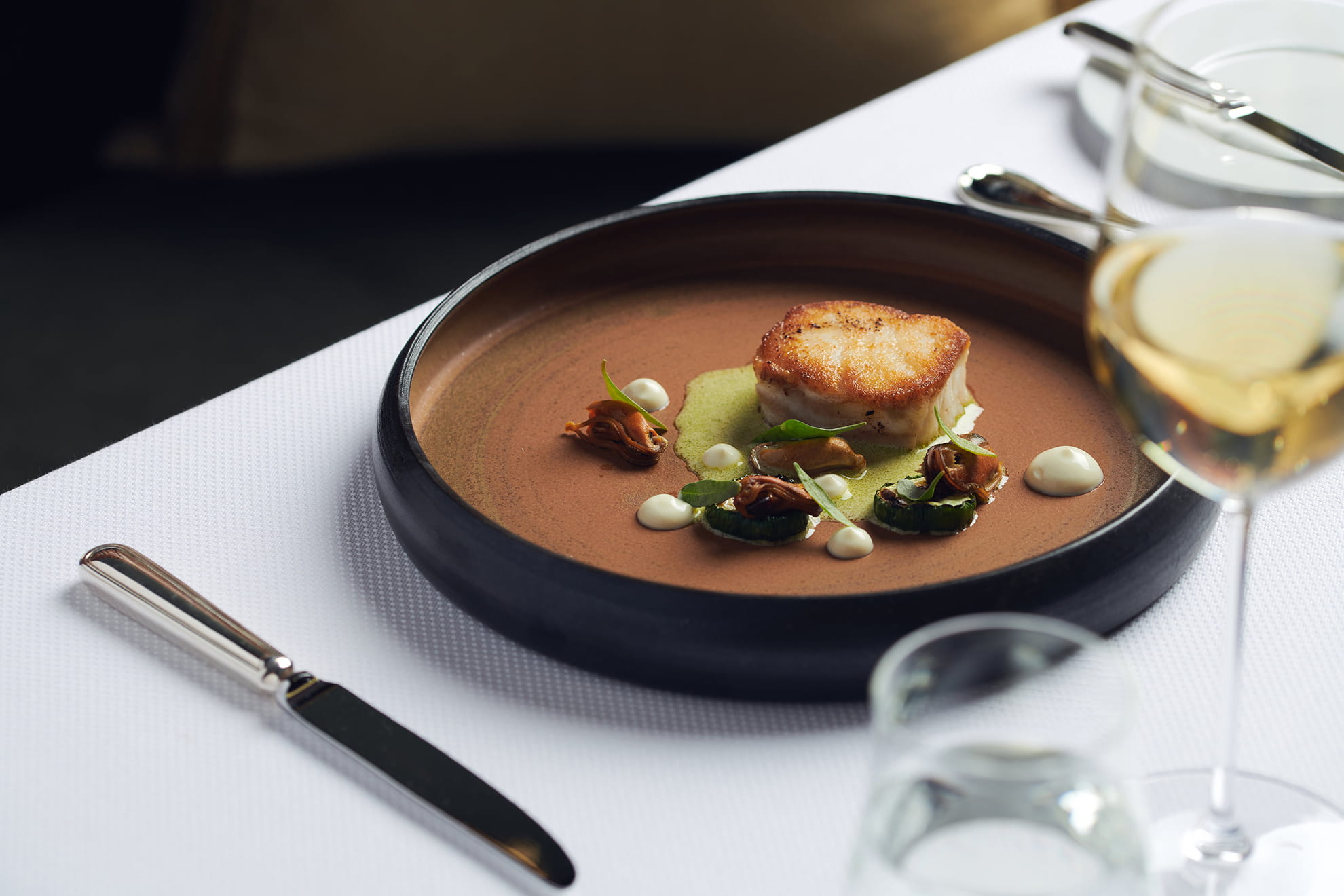 I went to Ireland for the scenery. I fell in love with the food.

A one-day trip to Dublin as a college student aside, my first entrée into Ireland was in 2015 when my husband and I traveled to the country to explore the scenic countryside. Based on the pictures and movies we had seen, we imagined it to be a place blanketed in emerald-green fields; rugged, wild coastlines; and herds of cows and sheep everywhere. We were drawn to this beauty and felt compelled to experience it for ourselves.

Yes, what we saw was even better than in the movies, but the real surprise of the trip was the exceptional cuisine that we relished at nearly every meal. And in the evenings, either pre- or post-dinner, we drank small-batch, handcrafted Irish gin from a different distributor each night.

Let’s face it: Ireland has never been known as a gastronomy hotspot, in the way France, Italy, and other European destinations are—in fact, it has a reputation for being quite the opposite. Bland potatoes? Slabs of meat? That’s Irish food. Or so I thought.

Forget those old stereotypes: Ireland today is home to a flourishing food scene where chefs—many of whom have honed their talents at notable eateries abroad—are turning out vibrant, flavorful dishes. Instead of looking elsewhere to source their ingredients, this cadre of kitchen stars are relying on local produce, seafood, cheese, and even grapeseed oil for their creations. On top of this, artisanal chocolatiers, gin makers, and other top-quality small food producers are sprouting up by the dozens.

Since 2015, my palate has lured me back to Ireland four times, and each trip seems richer and tastier than the last.

My most memorable highlights? 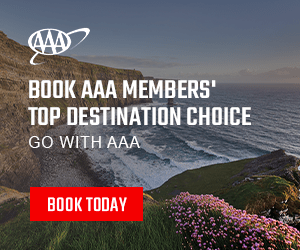 Dinner at the Oak Room in Adare Manor, in County Limerick

As much as I consider myself a “foodie,” a fine-dining person I am not. The Oak Room, an elegant restaurant with stately oak-paneled walls, may have recently won a Michelin star for its contemporary Irish food—and is a splurge price-wise no doubt—it isn’t your typical fancy boîte that’s stuffy and overly formal.

It’s situated at Adare Manor, perhaps the country’s most high-end property, in the heart of picturesque Adare Village. A meal here is akin to a trip throughout Ireland without any traveling involved.

Helmed by head chef Michael Tweedie, the menu features ingredients from growers, farmers, fishermen, and distributors in every corner of the country. Tweedie even skips olive oil in favor of Irish grapeseed oil and has taken his kitchen team on two gastronomy road trips to find new purveyors. “This country is bursting with so many exceptional products,” he told me. “I want to show them off as much as possible.

He changes his menu seasonally: For my dinner, I started with a gorgeous langoustine surrounded by bright herbs and a light tomato broth. Onto Irish hake. It was flaky, moist, and accompanied by baby zucchini and squash. My husband, meanwhile, ate the sweet crab with potato and beef with wild garlic. Dessert, or should I say desserts, capped off the meal—a chocolate tart, a gluten-free meringue, and ice-cream churned in-house from creamy Irish milk. Chocolate, pistachio, and passion fruit. We didn’t think we could finish them all, but, of course, we did. 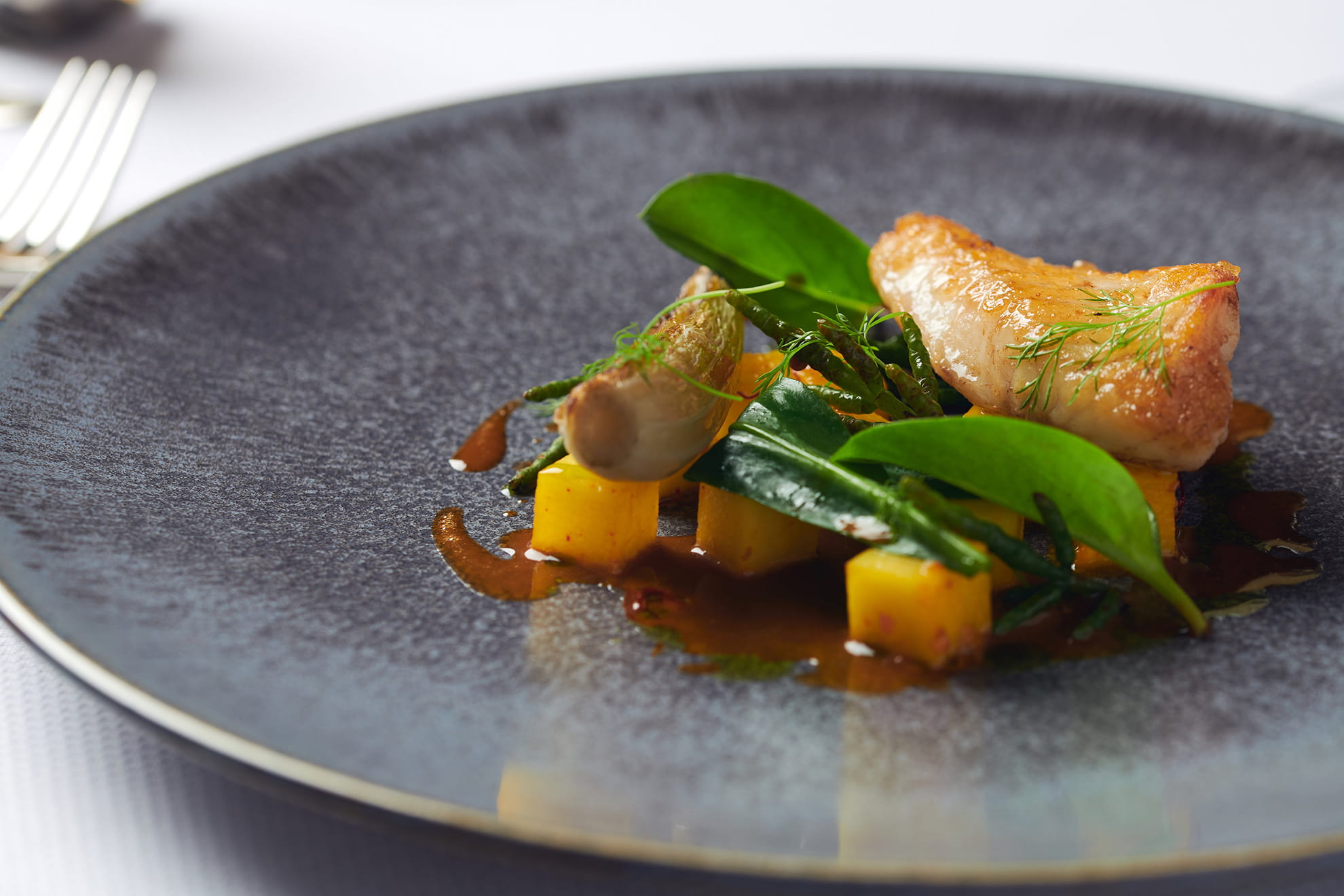 Simple meals are much more reflective of Irish cuisine than high-end ones.

Two top my list: Dinner at the Tannery, a restaurant, wine bar, and cooking school just off the main square in Dungarvan, a picturesque seaside village in the West Waterford region on the country’s southeast coast. Paul Flynn is the chef and owner, and his wife, Marie, helps him run the business. He spent more than a decade cooking at London and Dublin restaurants before the pair moved back to Ireland.

"I wanted to do something different beyond haute cuisine, and home was calling," he told me.

The couple transformed an old leather warehouse into a trendy two-level bistro. A wine bar is at the entryway of the main space while the main dining room is upstairs.

Flynn describes his food as modern Irish, and his creations are familiar, but pop with flavor. My roasted monkfish with clams, chickpeas, and fennel had a meaty, yet tender texture, and my husband declared that his ravioli filled with locally foraged wild mushrooms was the best pasta dish he had eaten in as long as he could remember. "It’s worth every carb," he said. 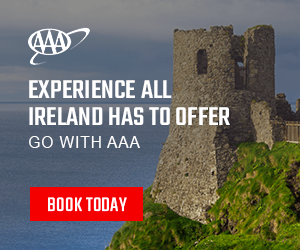 Our second run-back-again meal was in the summer of 2019 at the Orangery, a restaurant at the storybook-like country estate the Cliff at Lyons, located about 30-minutes from Dublin. With a fig tree at the centerpiece, the Orangery’s glass-walled room with a domed ceiling feels like being outdoors.

Head chef Nathan Dimond has close relationships with farmers and fishermen in the area and creates dishes based on the best ingredients he can find. He also has a large onsite garden where he grows many of his vegetables, including all varieties of lettuce.

If there was any doubt that Ireland has some of the most pristine seafood in the world, Dimond’s pan-roasted Dover sole will put it to rest. The fish was so flavorful and soft that we dined at the restaurant again the next night, and I got to savor it once more. Before the sole, however, I went for a salad with a mixture of gem and spicy lettuces from the garden, tossed with a citrus dressing and adorned with bits of flaky Irish Atlantic sea salt. 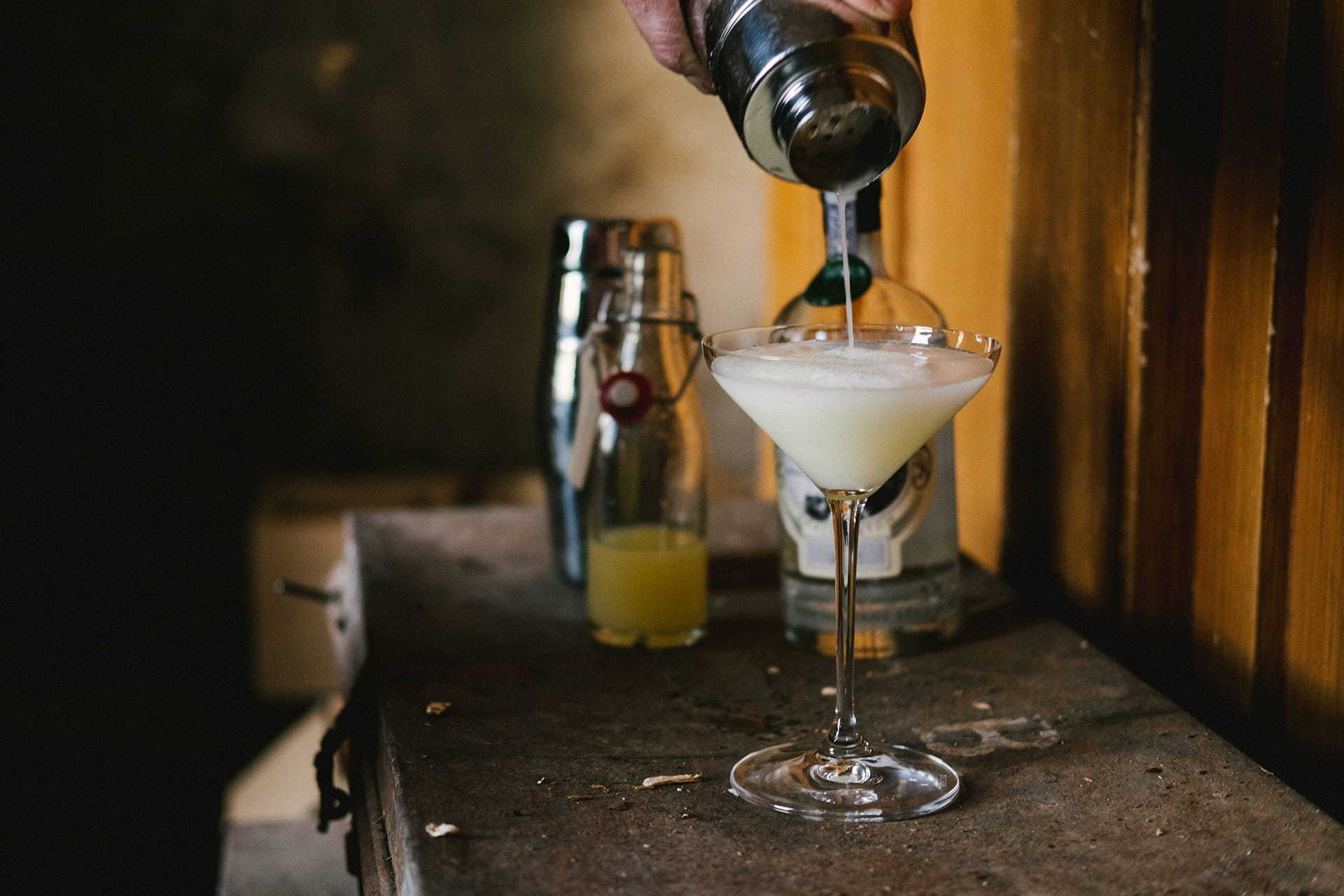 I didn’t think I liked gin. Then, on a vacation to the Ring of Kerry two years ago, a bartender insisted on pouring me a small shot of Bertha’s Revenge, and my notion was fast forgotten. Named after the oldest cow in Ireland—fondly nicknamed Big Bertha—who died in 1993 just before her 49th birthday, the gin was created by two old friends, Justin Green and Antony Jackson.

The duo craft it in small batches at Ballyvolane House, Green’s charming bed and breakfast near Cork (as a side note, The Prince of Wales and The Duchess of Cornwall stayed here in 2018 during their official visit to Cork!). Their exquisite gin is a combination of whey alcohol from local dairy farmers, the property’s well water, and fragrant locally foraged and grown botanicals such as juniper, coriander, sweet orange, cardamom, and cloves.

Gin might go hand-in-hand with tonic, but Bertha’s, in my opinion, is best enjoyed on its own and only needs some ice and a twist of orange.

Bertha's is one of the top-quality gins being produced all over Ireland and getting international fame. I’ve since tried Dingle, Gunpowder, Method of Madness, and a half-dozen others. Each has a distinct flavor profile, and I appreciate them all. My loyalty, however, will always be to Bertha. 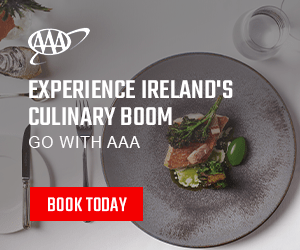 Dark may be the chocolate that’s in fashion today, but I have always preferred the creamy, sweet taste of milk. The smoother and more chocolate-y it is, the more satisfying I find it to be.

In my mind there’s no contest: The best milk chocolate I’ve ever had, hands-down, is in Ireland.

There’s a reason why the chocolate here is so good: More than 95 percent of the more than 1.1 million dairy cows in Ireland feed on the country’s deep green grass that grows most of the year. This grass helps the cows produce an almost yellowish milk that’s especially decadent and creamy.

Irish chocolate makers rely on this milk as the main ingredient in their confections, and a few trips to Ireland in, I realized that the country has a long list of great brands to indulge in.

Butler's is a mainstay that’s been around since the early 1900s. The bars—plain milk, toffee crunch, and milk truffle among the bunch—beg to be devoured in a single sitting, and it takes a military-like-discipline to not cave into the temptation.

Skelligs, in southern Ireland, is a far smaller producer than Butler’s but just as irresistible with its milk chocolate bars infused with rose and Irish honey.

Then there’s Lily O’Brien’s where the creamy caramels with sea salt and the velvety milk chocolate truffles reign supreme.

Behind every bespoke chocolate brand, there’s a master chocolatier, and Áine is no exception: here, Ann Rudden handmakes an addictive honeycomb praline bar that hits the perfect flavor notes of luscious, crunchy, and sweet in one bite. Her roasted hazelnut and flaked coconut bars are coveted, too.

My travels are taking me yet again to Ireland this summer, and I know more culinary finds are in store. I can’t tell you yet what they will be, but I can say without a doubt that discovering the latest in Irish cuisine has become something of a hobby and passion for me. 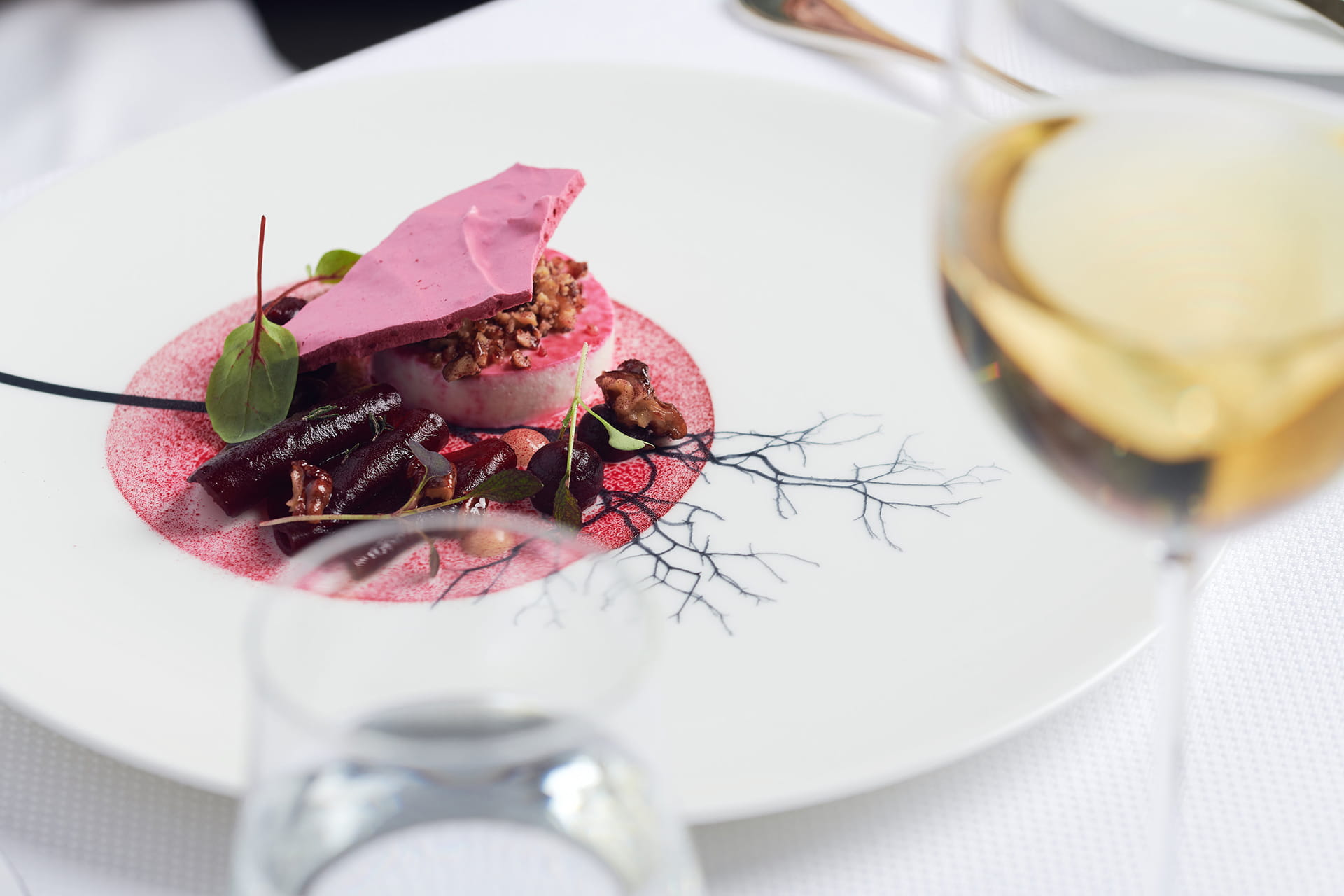 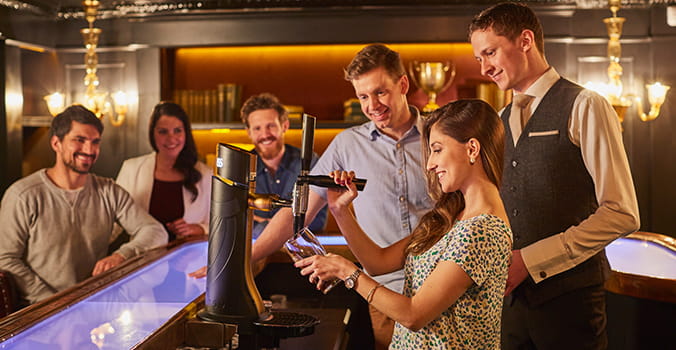 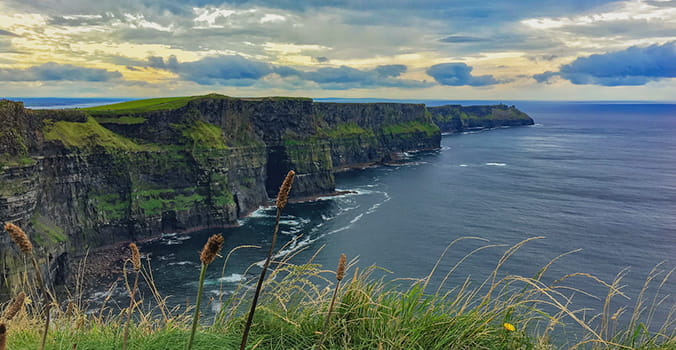 The Most Unique Places to Stay in Ireland 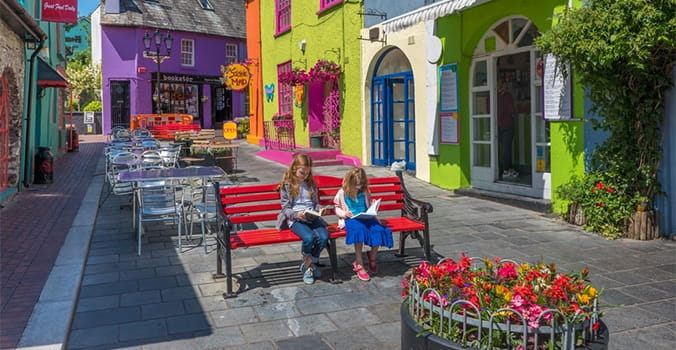 Why Ireland Should Be Your Next Family Vacation